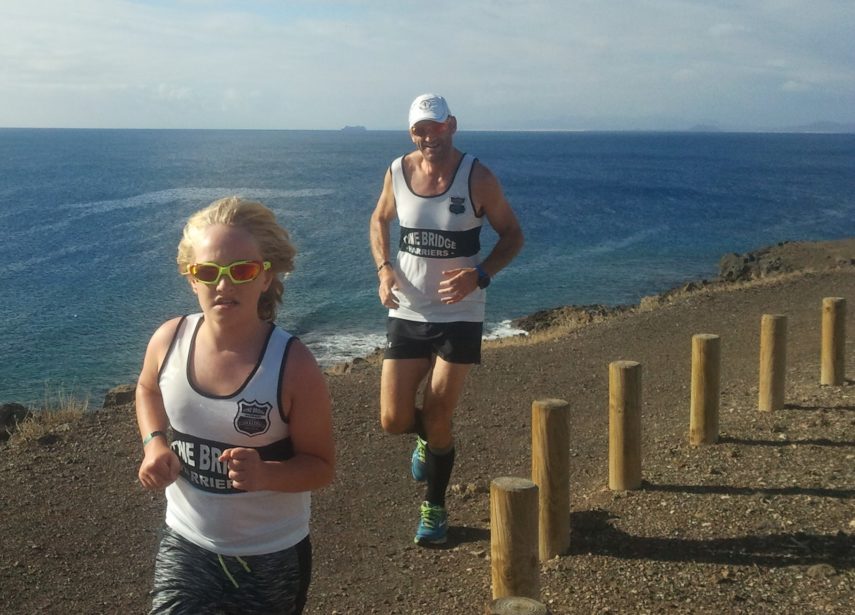 I remember my 1st Marathon well, it was London 21st April 1991, 2 days after my 30th Birthday and surprise celebrations that went on for most of Friday and Saturday nights. The race itself went well finishing in 3hrs 12 min’s with sore legs that matched my sore head.

Originally my 100th marathon was supposed to be April 2021 at London, close to my 60th Birthday. At the beginning of lockdown NEMC (North East Marathon Club) confirmed any member running a solo marathon that
could be confirmed by Garmin, would count towards their total, and as I was still training for Ironman Italy as it had not been postponed yet I set about running solo marathons. Often on my own or with (son) Jake, on his bike for company. The marathons soon added up. And I thought that my 100th marathon could be at Ironman Italy in September but along with most other events it got postponed.

NEMC then confirmed they would be having 10th Anniversary Social distancing Marathon on The Town Moor restricted to 15 runners, perfect for my 100th , unfortunately I was now on 98 marathons and with 2 weeks to go had a tight hamstring. The week before I completed my 99th around the Town Moor with Jake, my trusty water bottle carrier for company on his bike, I was going so slowly Jake would get off his bike and run along with me pushing his bike.

Unfortunately the run didn’t go to plan. The first 2 laps of the 5 lap course went well with plenty of support from TBH runners and marshals at the club 5km time trial. Also on the moor was the bike club that I coach at and the kids formed a guard of honour at various points on the course, Newcastle Front runners had a couch to 5km event going on and I received support from them.

Lap 3 the weather had worsened along with my left calf. I had to slow to a walk and hobble for the next couple of miles, at about 17 miles my leg freed off enough for me to regain some speed. I turned up my air pods to dull out the weather and pain and set about finishing.

My wife had secretly arranged for various people to run with me through the day. Peter Cobb from Ashington Hurst, Mark Slassor Gosforth Cycling Club, Ross Waterston Jesmond Dene parkrun and TBH didn’t let me down with Ray Wilkey, Kora Howorth, Ian Pickett, Double D (who ran nearly half of the race with me) and of course Jake. All running at various times with me.

So nearly 30 yrs later I completed my 100th Marathon in a time of 4Hrs 4 mins with 2 sore legs but no hangover!

And the tune playing in my air pods as I crossed the finish line –
Three Lions by Baddiel, Skinner & The lightning Seeds.

How appt it should have the line “30 years of hurt, never stopped me dreaming”.

And yes I do have so many people to thank.

TBH, Kingston Kingfisher Triathlon club, Stragglers running club, NEMC, parkrun but most importantly my family especially my wife Louise for letting me do it.

And yes I am stopping now (but only marathons).