It is sweet and right 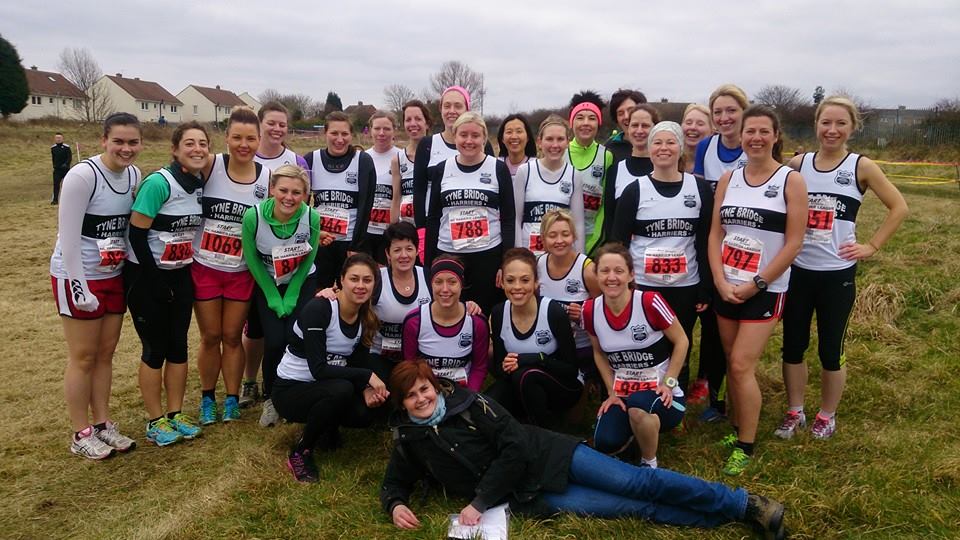 With the cross-country season almost upon us, Heather Dorman has a few reassuring words for all those yet to dip their toe in the mud.

Cross Country – The Low Down

Having really enjoyed reading recent postings on the website, I felt inspired to have a go myself.  With the cross country season looming, I thought I would write something with the hope of inspiring some of you who haven’t already to give it a try!

My XC career started last September at the Sherman Cup, although I didn’t actually run that day.  Watching the TBH Juniors run, seeing their exhilarated faces at the finish line, I thought I might invest in some spikes and try it myself.  However I had some reservations, and so had a word with Sinead Coffey, Ladies Team Captain.  “Is it, like, really competitive…”I enquired anxiously.  “All that we ask is that you wear your TBH vest with pride” came the reassuring reply.  Well, putting on an item of clothing seemed to be within my reach, so I had no excuses!

And so it was that I found myself standing on the start line at Aykley Heads, having not run a XC race since the age of 11.  The start of the junior races are generally tense affairs, with the kids jostling for position on the start line.  This seemed more like an excuse for a gossip and a catch up with friends, with loud startled cries when the starting gun went off, as if everyone had suddenly remembered what they were doing there.  Just as I started running I heard my 11 year old son shouting “Dad’s just rung, a car has knocked him off his bike but he’s alright”.  Like a true professional I carried on with the race, running as fast as possible so I could get to the finish and ring husband to make sure he was still in one piece (fortunately he was).  My relief at finding out he was OK was marred only by hearing the worrisome news that I would be in the medium pack next time.

Wallington came next, no major excitements or close relatives having near death experiences this time.  Waiting to run, shivering in an icy cold wind near the start line, my eldest son texts me from Cornwall where he is doing a national school cross country to say it’s 20 degrees and sunny, and he’s worried it’s going to be too hot to run.

NE XC Championships on the Town Moor – juniors and men have run in fairly reasonable weather.  Ten minutes before the women’s race and the heavens open.  We are huddled together in the tent like penguins waiting out the long Antarctic Winter.  Manage to persuade ourselves to venture outside, and the run itself is great.  Am amazed but pleased by the number of people shouting “Come on Heather” all the way round.  Look at the results later and see that the person who came one place before me, and the person 2 places after me, are both also called Heather.

Durham Relays – basically, very long queues for the toilets.  Halfway round Si shouts “Relax into the wind” at me, and I spend the rest of the race trying to work out what that actually means.

Jarrow –Watching several juniors cross the finish line in tears and hypothermic, I sense we are in for trouble.  This proves to be the case.

Alnwick – my favourite run of the season so far.  Alnwick Castle provides a stunning backdrop, not that you actually notice it when you are running.  Lovely route, great team performance, manage to leave my trainers casually lying around near the start line and then turn the tent upside down (not literally) trying to find them later.  Fortunately my 8 year old daughter has been paying attention and takes me straight to them.

Wrekenton: A day of glory all round.  The men and women’s teams both win their respective Harrier League competitions.  My 11 year old gets promoted to the fast pack for next season, 8 year old gets her best finishing position of the season, and the 13 year old finishes in the top ten on time.

I would recommend XC to anyone.  Before I started I thought it would be really competitive and high pressure, it isn’t like that at all. There is a great team spirit, amazing support, everyone’s contribution is valued, and most importantly plenty of cake at the end.

So get yourself some spikes, bake a cake, and make sure you get in the toilet queue as soon as you get there!!

Permanent link to this article: https://www.tynebridgeharriers.com/2015/08/06/its-only-mud/