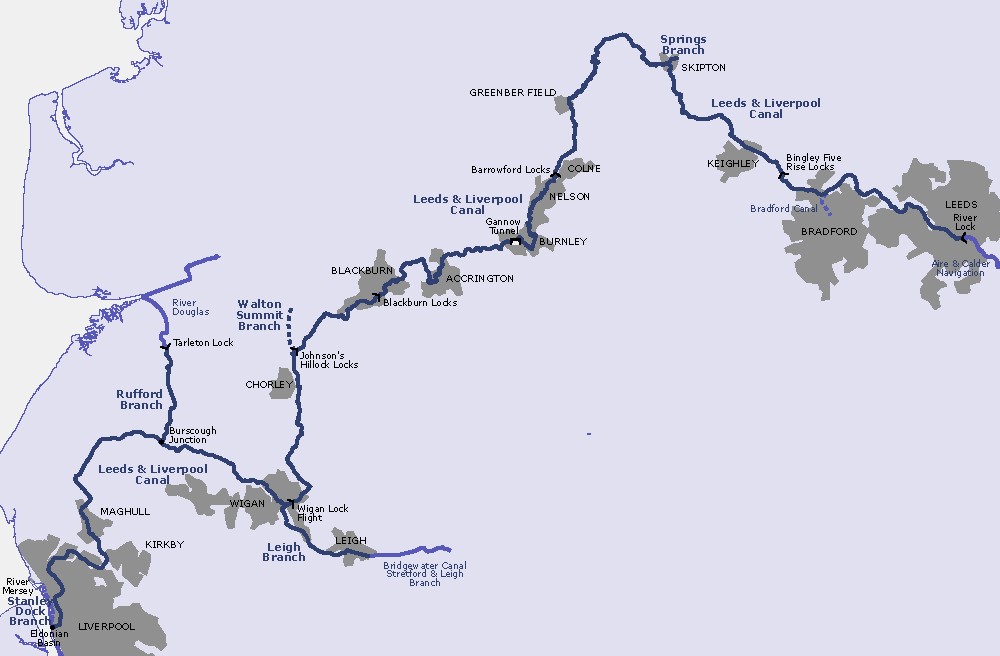 “Leeds & Liverpool Canal – not a race, just a personal challenge!” by Rob Wishart

This year’s midsummer mission was to be a new attempt at Lakeland 100 but was too busy to really train….decided to try anyway….but too many people from work were sacked or on holiday so I couldn’t have the time off!!

So….managed to get a couple of days off this week and decided on a different mission: Solo along the Leeds and Liverpool Canal path, all 127 miles of it!

This would be a distance PB and an interesting experience.

For homework I read a blog of when it was run as a race last year – and added a compass to my kit. It’s the canal route but apparently it goes underground for a mile and how else can you find where it re-emerges?! 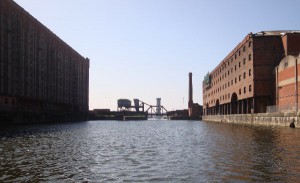 Thursday morning I was up early, jogged to the station and was on the first train to Liverpool. Walked along the docks to where the LLC starts/ends and set off.

Running in strange areas you never know what to expect. I was wary in the first few miles in Bootle(pre-judging it solely on scallies I’ve met from there!) and not concerned about Aintree (hence “Canal Turn” at the Grand National) but had no problems at all.

In ultras you typically “walk uphill, run downhill” to last on a long course….except at locks, canals are flat so to conserve energy my plan was to run 15 mins, walk 5 mins and repeat. This was about 6mph. As time went by there was also a 10/10 strategy and a 5/5! Whatever felt sensible.

Along the route I’d mostly see dog walkers, cyclists, anglers. Anyone else was probably based in one of the narrowboats. Some boats had clever names! Koi Carpe Diem for example, see what they did there? 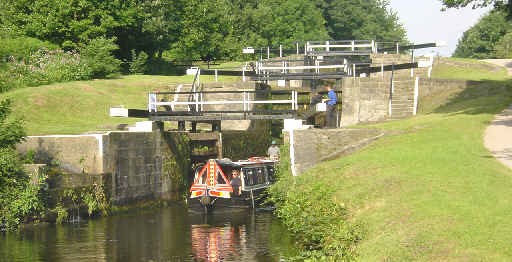 The town of Maghull was next and there were houses with brilliant back gardens that went down to the water (the towpath is only on one side). They could swim, fish or boat from home! Or just enjoy the view.

Countryside next. My “map” was a list of towns with guesstimated mileage between them and route tips, e.g don’t accidentally go up the Rufford canal at Burscough Junction!

Best wildlife spot of the day was a kingfisher and, yes it dived in and caught a fish!

Now, one problem with solo efforts is that you don’t have water stations or food drop bags – you have to carry that, and changes of clothes, yourself! The backpack was heavy so I’d give my shoulders a rest by carrying it in front of me in a hug during walk breaks. Thinking I’d best save plenty food & water for night-time I decided that pub grub in Wigan was a good idea… Getting to Wigan Pier I was pleased to see two excellently-named pubs, the George Orwell and the er, Wigan Pier. Both shut! Kept going. Most of Wigan was shut! Wtf. No cafés…walked off-route in Ince and got some pies and Irn Bru (really refreshing!!) at a supermarket instead.

Back to running. Some cycling yoofs followed me for a while asking curious questions.

Blackburn: It was getting late and some folks were drinking. A pair of ladies came out of a pub and one said I could stay with her for the night! Sorry to disappoint, dear reader, but I was only in town for more bottled water and ignored the offer

Often you can see milestones with the distance from Liverpool on one side and the Leeds distance on the other. At Clayton-le-Moors one said 62 miles left until Leeds – woohoo, that’s over half done then. I decided to have a power nap before a much earlier start next day. Having hallucinated on the Hadrian’s Wall night I didn’t want tripping, in more ways than one, next to the canal! Hallucinations are from fatigue, so I wanted this nap. Continued into farmland until finding an unoccupied field, I climbed the fence and set out my bivvy bag(thick plastic sack). Put a hat on for head warmth and wriggled inside. Bivvy bags are meant to keep the heat in but I shivered before sleeping and when I woke up again! Condensation forms inside too, but I’d have been much colder and soaked if I’d lain on just grass. The full moon was like an orange spot, seen through the bag!

Dawn and time to get up. Kept my “pyjamas”, waterproof jacket and trousers on and walked briskly off.

Now it gets sad. Body did not want to run. Joints were sore (monotonous pounding, little variety) as were feet (Adizeroes don’t have the cushioning for such a long job). Hadn’t done back-to-back long runs for training either! Tried throwing calories at the problem with little to show for it. Tried the 5/5 run/walk strategy but later ended up just walking and walking… Burnley must be built around the canal, as it went on for ages. Derelict mills…tall chimneys… 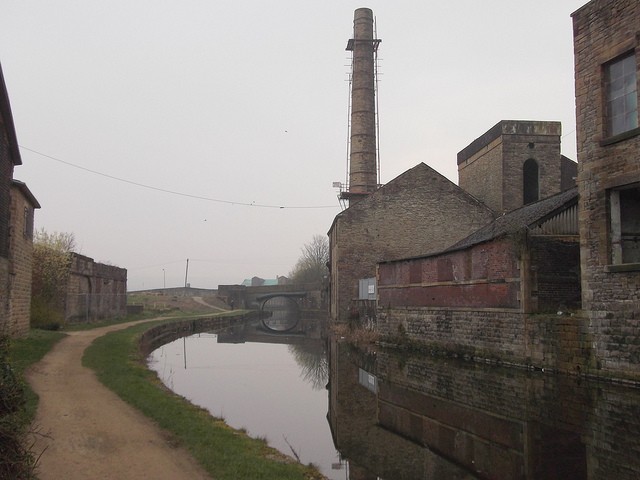 On day one, I reckoned my finish in Leeds would be afternoon or evening. With hardly any running going on, now it looked like an aftermidnight finish! I could prebook a Travelodge(but phone’s dead and nowhere to recharge) or spend that night in the train station (hmph!) or whatever park Leeds parkrun is in (hmph! But next day would be Saturday)…

After mile marker 70something with a tantalising 50ish miles to go there were signs to Colne. It’s not on the route. But it’s last chance for a train for about 30 miles/endless plodding hours. So yep, I bailed! Hobbled into Colne and got a train to Burnley – then walk to Burnley’s other station – then train to York – then another to Newcastle, metro to Gateshead and walk home.

[Should I have plodded on and finished it?  That would mean a loooong trudge that I wouldn’t enjoy, then be stranded at night in Leeds. People would be worried – I’d checked in on Facebook at the start but continuing would mean more “silence” for the duration. So, no!

But methinks I’ll be back for a rematch with the route…. ] 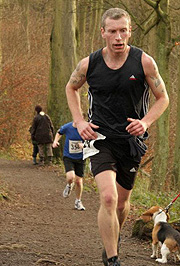 Permanent link to this article: https://www.tynebridgeharriers.com/2015/08/02/rob-wishart-a-personal-challenge/