My turn to do the race report apparently…
The 8 is actually 7.7 miles, an atypical distance. This means that the pressure’s off PBwise unless it’s a course Pb you’re after. The 4x TBH present (Kerry Reed, Shaun Brown, David Anderson jr, myself) hadn’t ran it before so were just out to do our damnedest.

The race starts and finishes in Allendale village. Most of us travelled on a bus hired by Claremont RR who do this one every year. It’s on the day of the annual fair so after the race we could get fleeced at stalls and be entertained by local singers, a strongman competition and some Scottish parrots(Macaws).
As well as the usual suspects from local clubs I spotted a Dumfries and a Bingley vest.

But let’s get down to business. Race o’clock and we were off. It’s all on country roads and lanes, tarmac all the way so road shoes are fine. A long gradual climb at first then it undulates through fields and moors, providing panoramic views across the valley. It was quiet out there, minimal traffic and the only sounds being runners’ heavy breathing and the pee-wit of the moorland Lapwings.

As well as mile markers and direction arrows there were signs warning us of Steep Descents. They sure were! Tumbling down these and working the uphills has you frequently changing gear so the course is anything but boring.

I was running alright, been better but found plenty of rivals to try and beat. Elsewhere in the field a previous winner of this, Heaton’s P Diddy (Patrick Duffy) had shared useful course information with TBH’s Shaun that was then used against him! Shaun 2nd, PD 3rd. Some Army guy 1st. 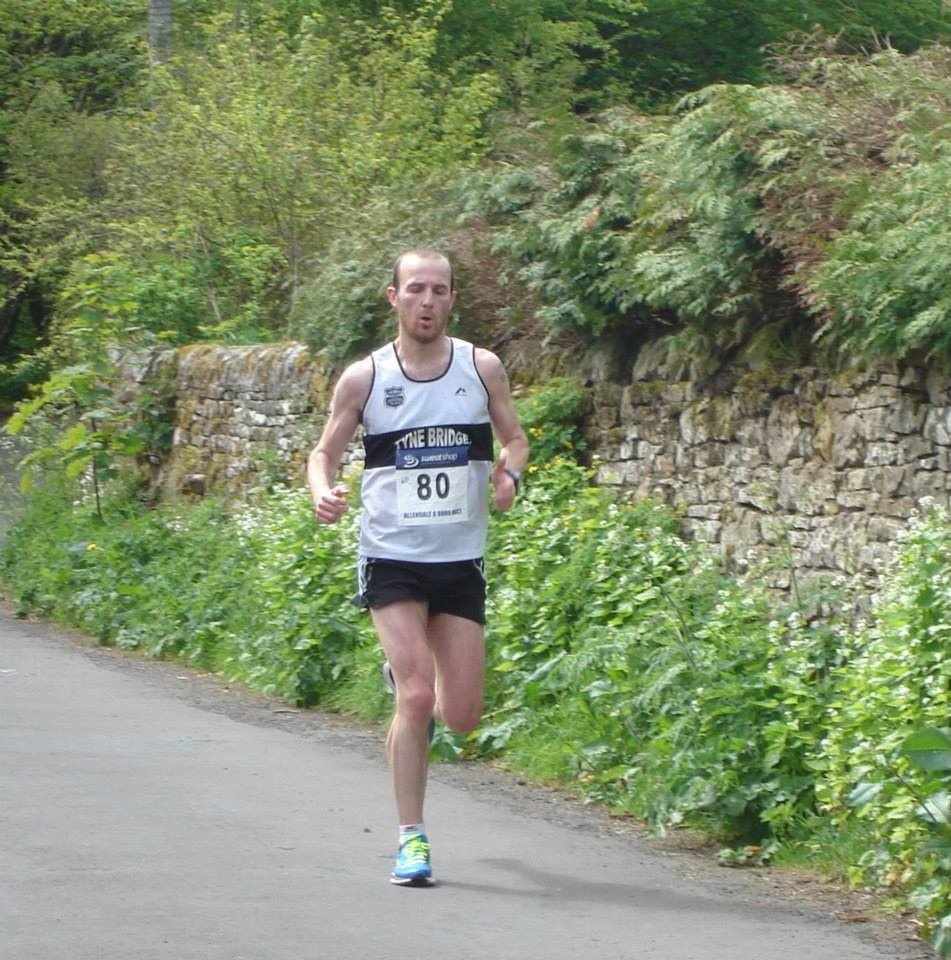 The last mile is downhill and I could hear someone hot on my heels. Some Tynedale guy. I’m really motivated by chasing whoever’s ahead, but hate having to flee from someone behind. It really does my head in, especially when a marshal warned “he’s right behind you, tyne Bridge” (Aaaaaaghhh!!!) 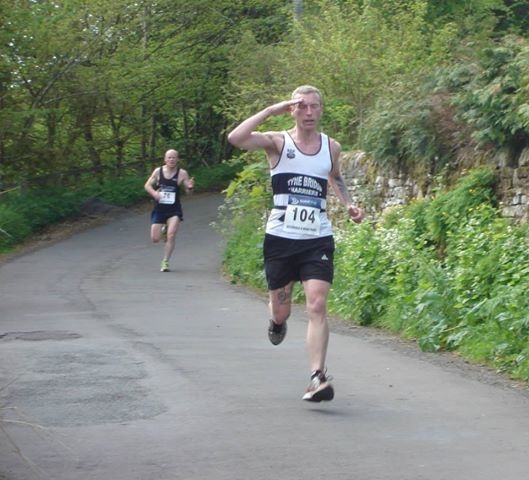 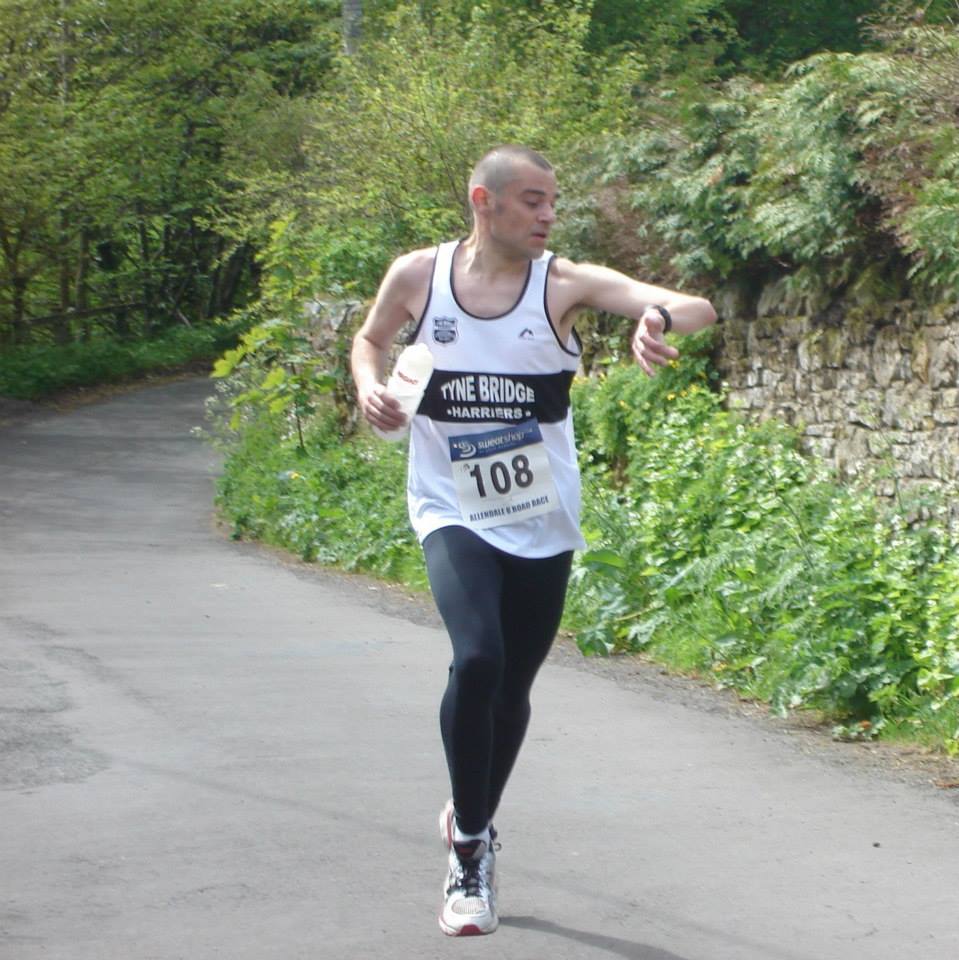 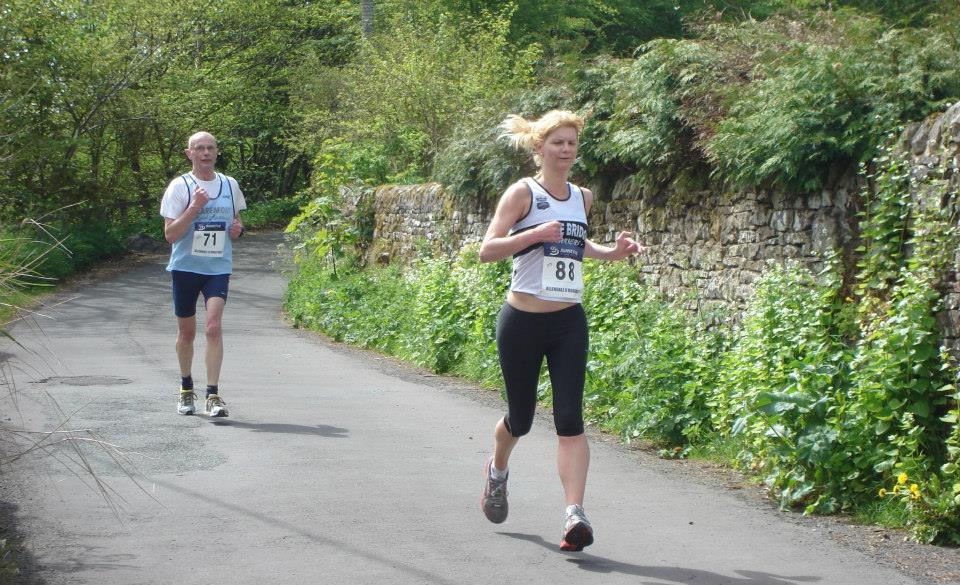 After the prize giving they drew random numbers for spot prizes. I won nothing. Nae bother, went to the fair, had a few drinks and generally had a good day out! This is a well-organised race and a good undulating stretch of the legs, thoroughly recommended. Blyth won the 2013 team prize….
2014-be there-do it. 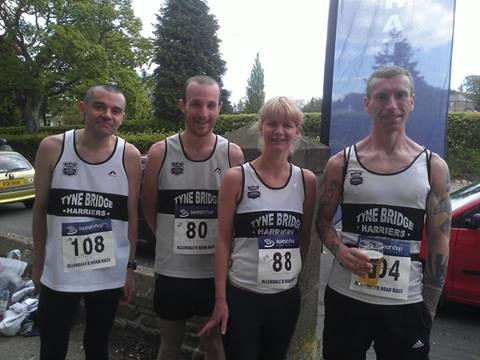