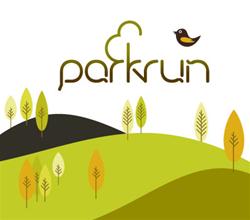 Tyne Bridge were represented at three parkrun events this weekend, Newcastle, Gateshead and Bushy Park; with a total of 17 members turning.

For those who don’t know the history of parkrun, it all began in 2004, when a group of 13 mates decided to run around Bushy Park in London.  Eight years later, almost 800 runners descend onto Bushy Park on a weekly basis and there are over 60 parkrun events held throughout the World.

Rob Wishart was amongst 783 runners at Saturday’s Bushy Park, finishing in a respectable 32nd position.

Meanwhile, a bit closer to home, there were 15 members at Newcastle parkrun, and I don’t know what they had to drink on friday night but seven out of the 15 managed to run a PB. So well done to the following; Naomi Virgo, Phillippa Nichol, Sara Sedgley, Scott Wilkinson, Kevin Cheetham, Colin Dilks and Euan Clubbs. It was a special day for Andrea Hayden too, who made her parkrun debut.

Well done to everyone who ran at the weekend and many thanks to parkrun sponsors ADIDAS, SWEATSHOP and LUCOZADE.