Howdy folks. This report is about my middling experience of this ultra – if you want to read how to win it, try this report from Cees Van Der Land in 2018! https://www.tynebridgeharriers.com/2018/12/06/race-report-hardwolds-80-2018/

So, Hardwolds 80 is “the Wolds Way in a Day”. You’ve got 24 hours to cover the 80ish miles from Hessle, Humberside over trails, lanes, fields, hills, woods (yep, it’s varied) to Filey on the Yorkshire coast. Not even the winners will finish this in daylight so essential kit list includes headtorch and spare batteries. You’ll also have to carry waterproof jacket and trousers, thermal base layers, hat, gloves, food, water, map, compass, whistle and bivvy bag! In various adventures I’ve used everything except the whistle so never grumble about the weight to carry.Tip #1 get used to the backpack on all kinds of training runs, as you’ll be wearing it a long time!

Travelled down to Hull the day before and spent the night at Premier Inn in Hessle. Hull and area still got some white phone boxes. (When the rest of the country was British Telecom and red phoneboxes, Hull was Kingston Communications). You might need that in a quiz sometime.

Saturday morning was registration: kit check, trackers fitted and a briefing. Then we jogged off, under the massive Humber Bridge (wonder if there’s a Humber Bridge Harriers

) and through villages then woods.
I recognised a few faces, including Sharon Gayter who’s quite good at this sort of thing: http://www.sharongayter.com/
It’s not just 24 hours to finish, as there are checkpoints along the route and some of them have cut-off times (if you’re not through in time it’s disqualification

). The time limits get more generous as the race goes on but the first couple call for some steady going. 10 trail miles is NOT the same as 10 pavement miles!

There’s always mud in the countryside but east Yorkshire has a lot of chalk in the soil – you can see white crumbs and chunks of it – and this soaks up the rain better than a lot of places. Waterproof socks aren’t on the kit list but I had them anyway

Wolds and Weald (in Kent?) are olde Anglo-Saxon for grazing land and that’s still what it is – the best scenery in the area is grassy canyons that are more impressive in real life compared to my photos.

Tip #2 if possible, in any race, recce the route. I went twice to do the bit I’d have to run in the dark. This was a VERY good idea as I made mistakes in daylight! The Wolds Way crosses paths with the Centenary Way, Minster Way, unknown other paths….Proudly jogged through the tricky bits that night with no diversions

The checkpoints were great, topping up water bottles and with a range of food for the runners. I enjoyed some fizzy drinks but carried all my own food because I’m a fussy vegan and don’t have time to be discussing the ingredients! Sometimes I ran a bit with people, sometimes leaving them to move faster or dropping back to let them go.
Tip #3 It’s important to eat (in SMALL doses) during a long event. Sometimes people give up because they’ve hit the wall, too tired to go on etc. Next day, they feel fine! They weren’t ill or injured, they just needed to eat and drink a little. Walk for a while, keep going. You’re burning a lot of fuel. You can hit the wall more than once in the same race!!
There’s not many towns or villages around there so not much light pollution. This would be good for star-gazers, and there were plenty of stars despite the full moon. Which brings us to a local hazard, the Flixton Werewolf. Many people didn’t finish this race and I haven’t asked what happened out there….http://earthworks-m.blogspot.com/2014/05/the-flixton-werewolf.html?m=1

Having survived the Flixton Wolds it was mainly downhill to the coast. Getting excited now, as I knew I was going to finish and get a decent result! Through woods then the village of Muston. Some soggy fields (the wettest, muddiest bit!) then finally Filey. Of course we couldn’t head straight to race HQ. Around the edge of Filey then along the promenade (it’s a nice seaside resort town). Saw a couple of shady characters out in the middle of the night, however it was actually my supporters who had had a sober Saturday night so that they could turn up in the wee sma’ hours and drive me home afterwards. OUT of town to the last windswept checkpoint on Filey Brigg. Then back through the town following arrows and glow sticks to the Sea Cadets hall and the finish. Tracker off, t-shirt and medal received

of Flixton).Thanks to the lift, the journey home was a lot quicker. It took 1x soup, 1x coffee and 3x Stellas.
Hardmoors: Time To Stop Doubting And Start Believing. 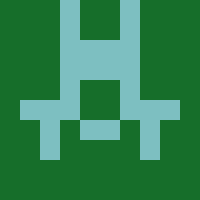 Permanent link to this article: https://www.tynebridgeharriers.com/2021/11/22/hardwolds-80-race-report-by-rob-wishart/