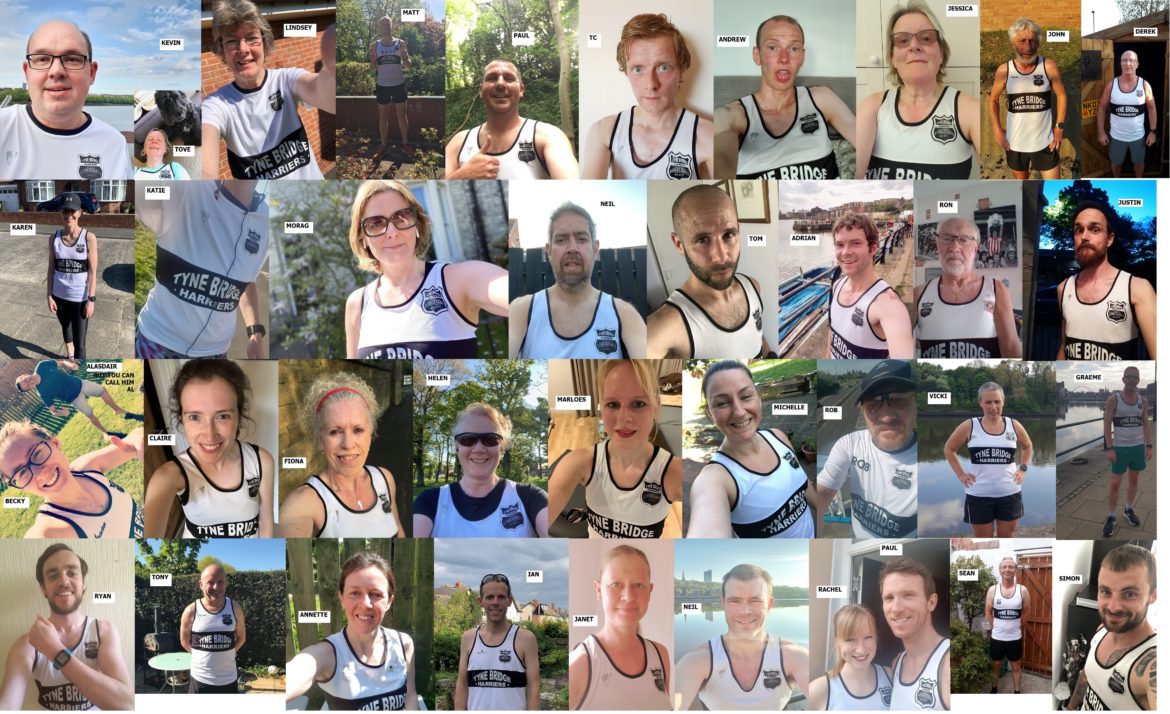 Starting on Monday, 4th May, the 2nd TBH Virtual Relay Race will see four teams, comprising of over 130 runners, compete over four days of virtual racing. Each team member has to run (or walk) as far as they can during one leg of 20 minutes.

The team which accumulates the greatest distance over four days is the winner.

After four days of sweat and tears, especially during Thursday’s mini heatwave, we have a winning team.

Many congratulations to Team SNORKY 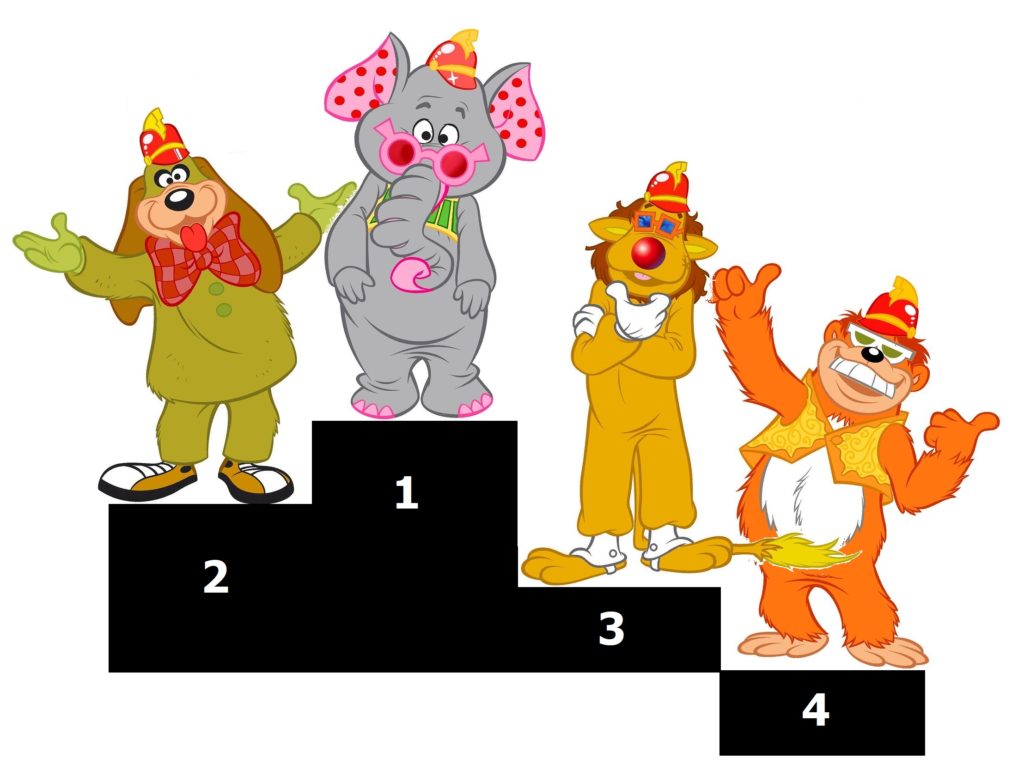 The final distances by the four teams can be viewed below. 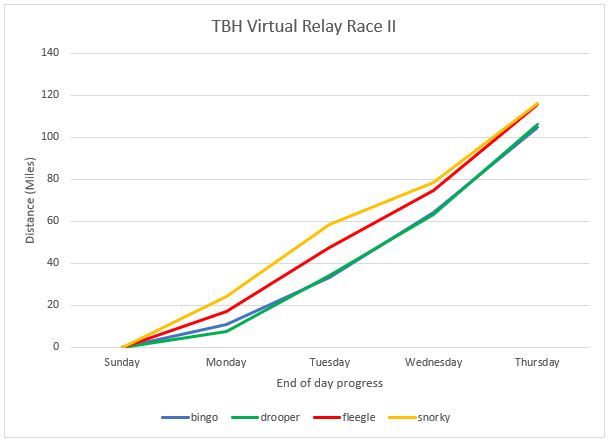 (note. Drooper and Bingo both had several members who were unable to run during the contest).

Many thanks to everyone who ran their leg today. 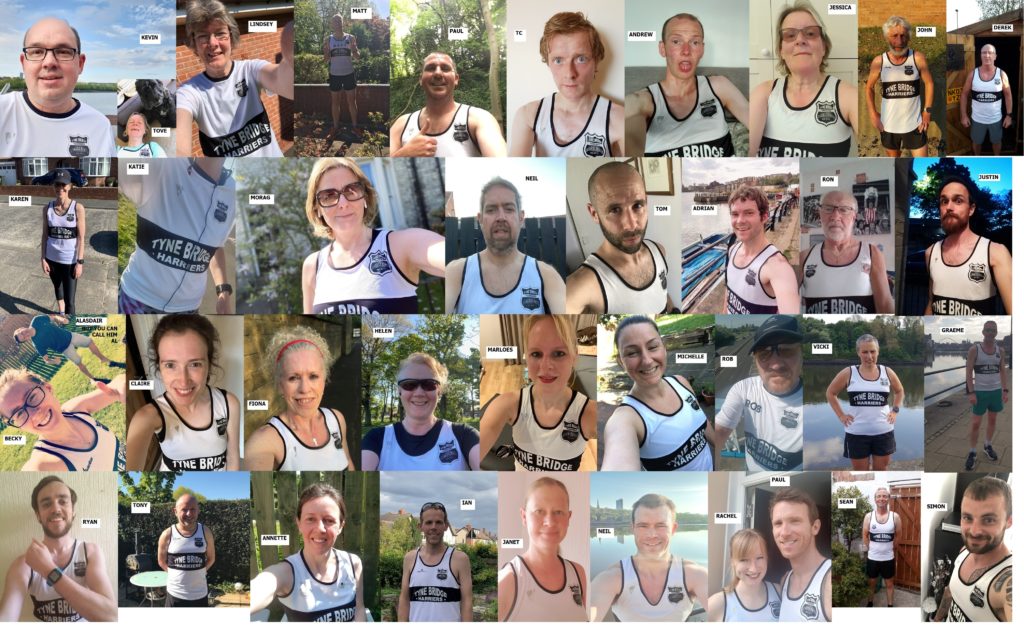 A special thank you to Helen Bell, who sent in this photograph of her grandad (the gentleman with the cigarette) taking part in the VE street celebrations in 1945. 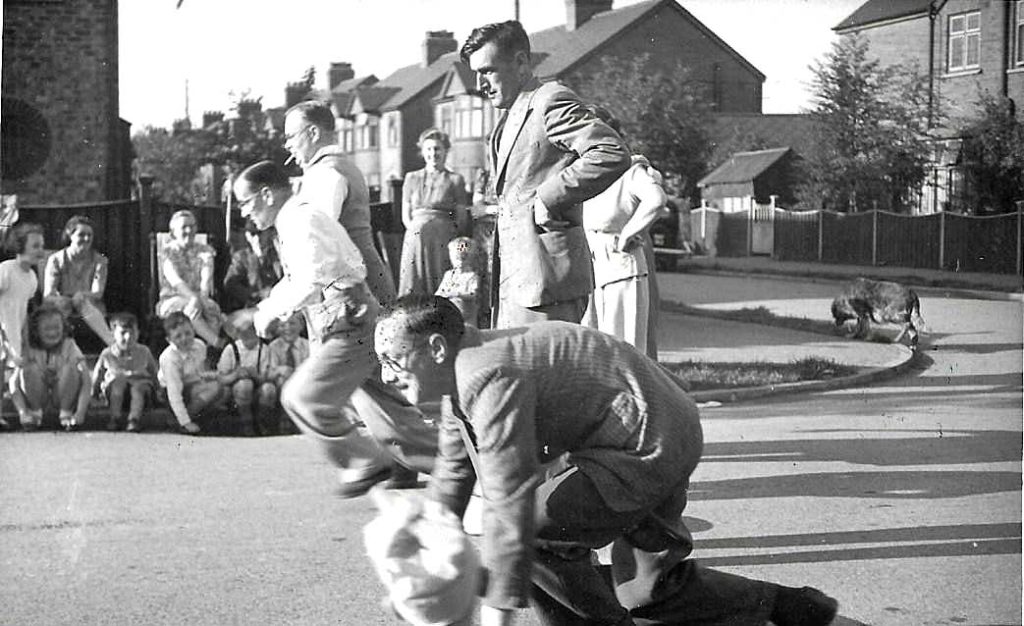 Oh how times have changed.

Well well. Have we another remarkable comeback on our hands. Although Team Snorky are still ahead of the pack, their lead over the 2nd place Team Fleegle has been reduced to 3.95 miles (from 10.75 miles at the end of day 2). With one day remaining of the race, and 50 team members yet to complete their leg, the outcome of the race is still wide open. 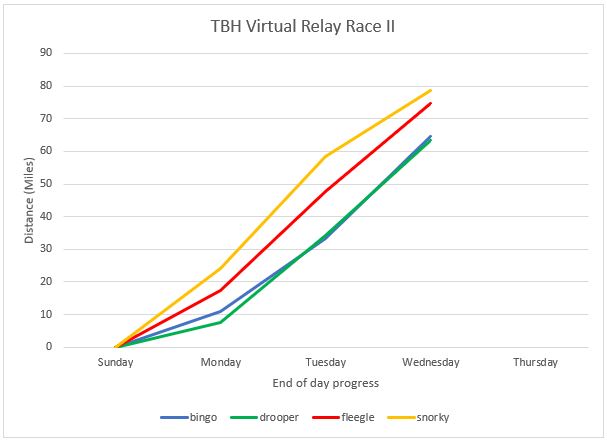 Daily spot Prize: David (Cornish) was awarded an extra mile for being the member who submitted the best club vest photograph. 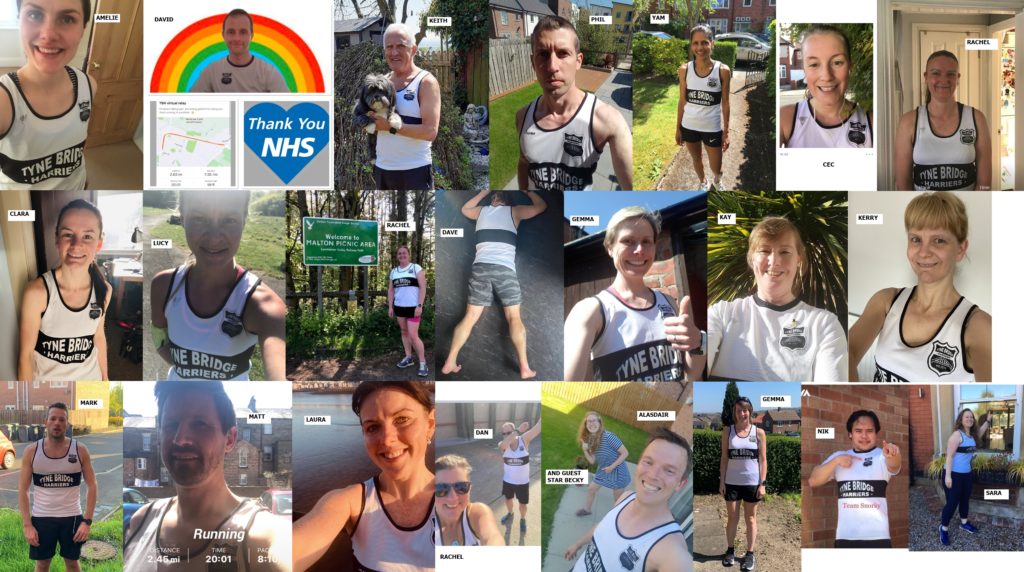 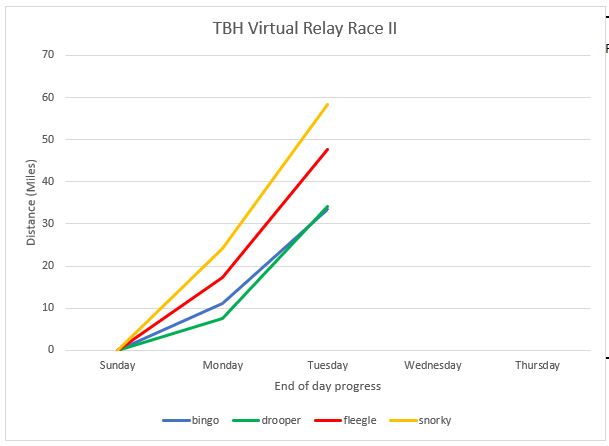 Team Snorky are currently leading the race with 58.32 miles, with Team Fleegle in 2nd (47.57 miles), Team Drooper lying in 3rd place (34.13 miles) and Team Bingo bringing up the rear (33.4 miles).  But 16 members have ran for Team Snorky, whereas only nine members have represented Team Bingo, so as the race progresses – and the number of team members even up – it’s likely the competition will become a lot closer. We shall wait and see.

Daily spot Prize: Paul (Gibson) was awarded an extra mile for being the member who ran the greatest elevation during their leg (228ft). 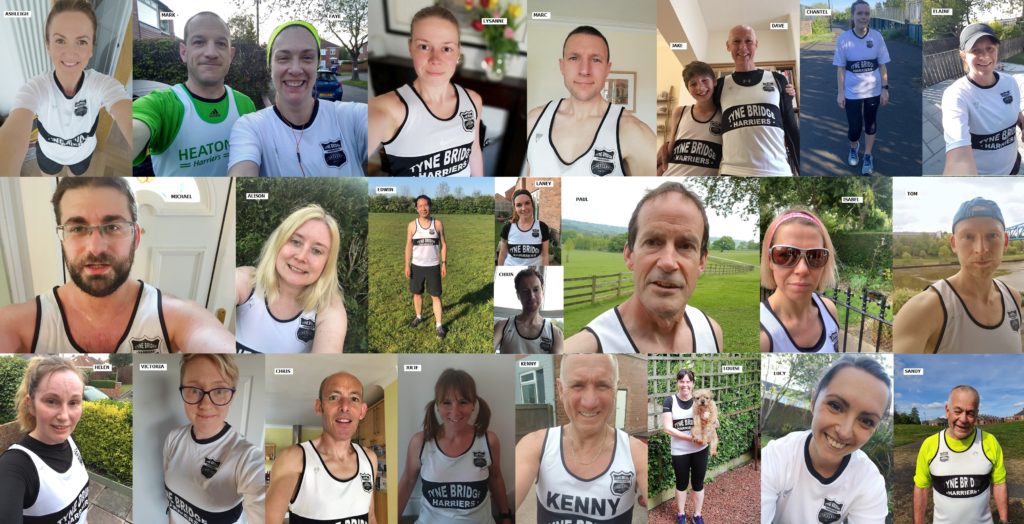 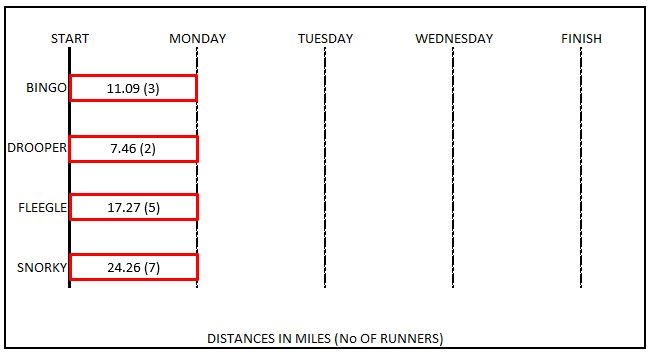 Many thanks to all the members who took part on Monday.

Daily spot prize. Michael (Higgins) was awarded an extra mile for being the first runner to send in their race details. 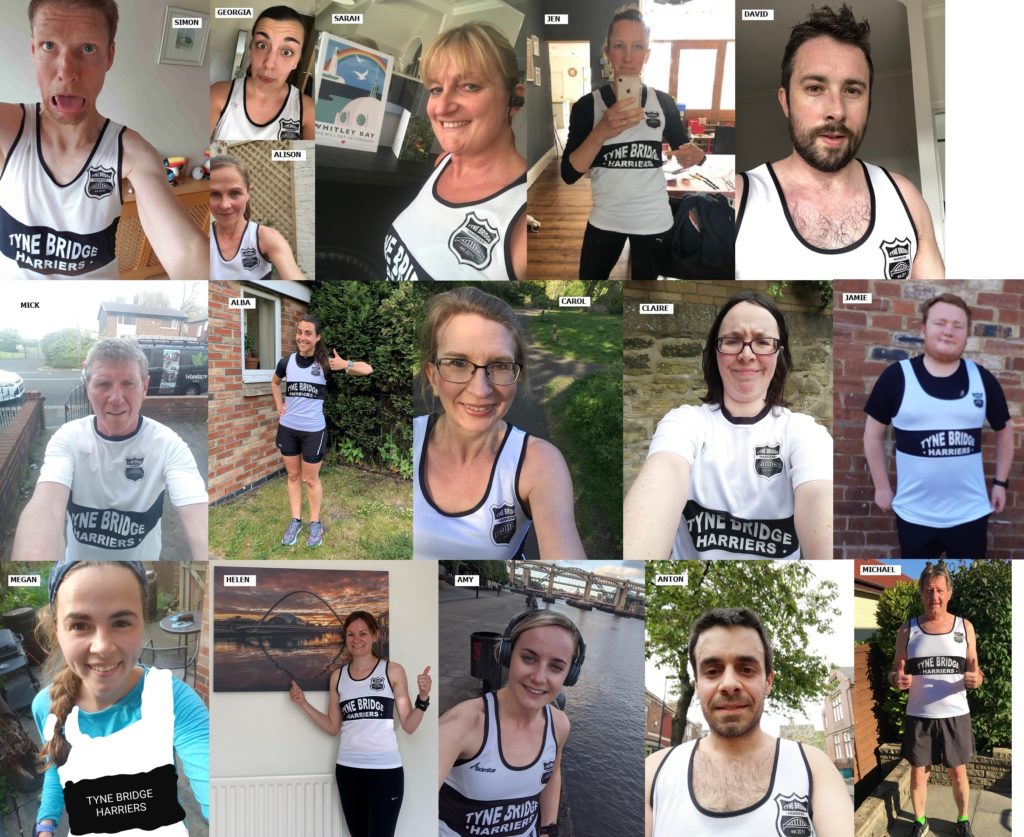 And for those wondering about the origins of the team names, this link may help.

Permanent link to this article: https://www.tynebridgeharriers.com/2020/05/08/may-the-4th-be-with-you/