The second in the series of Runner Profile’s is supplied by Louise Kelly.

They say inspiration can strike anywhere and having just finished reading Alex Lockwood‘s profile I thought to myself, ‘It will be nowhere near as good but why not give it a shot’. So here goes nothing!

I suppose the best place to start is at the beginning as all good adventures must start somewhere. For me it was a cold December morning and I was about to partake in my first ever race. A pleasant 10k trail run called Pain Barrier. Before this I had completed two parkruns which in all honesty I walked most of. I was not a runner at all but I had signed up for charity with a group of friends: the majority of them being members of Tyne Bridge Harriers. It took nearly two hours to complete and involved climbing up mud banks and waterfalls wading through an iced over lake and at one point slipping on some black ice and sliding down a bank while ripping my shorts!

But do you know what? I loved everything about it. It was here that I started to fall in love be it slowly with running. 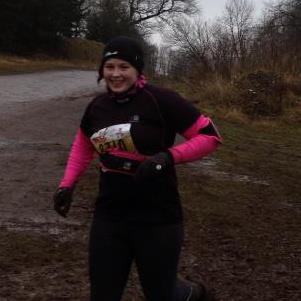 Skip forward to the night and I got talking to some other TBH’ers who I did not know. Drinks flowed and I was drunkenly talked into doing a HellRunner in the February, which would involve ten miles of mud, freezing water and all other delightful things! I was also to find out that once I eventually joined the club that agreeing to sign up to races would always happen while under the influence and always when out with TBH!! February came and I was off to Stoke with three strangers and someone who I was pretty sure had been a figment of my imagination up until that point. This race was just as tough and just as enjoyable as the first one! Talk eventually came round to TBH and if I was going to join. At this point I still did not consider myself to be runner so joining a harrier group was in my mind out of the question as I thought harriers were fast paced speedsters. However I said I would consider it and eventually it was buried away in the recesses of my mind to be forgotten. However life would not allow it as I had on a whim entered and was successful in the GNR ballot for that year. I had also been well and truly bitten by ‘the signing up for races’ bug as no sooner had I finished HellRunner, I had signed up for my first road race – The Sunderland 10k. This would then be eventually followed up with the Newburn River Run and the UK’s first ever Color Run.

Still I did not consider myself to be a runner of any sort.

Time slowly passed away when a friend and former harrier Peter Kennedy told me to join a running club. It was then that I started to seriously consider joining a club as I had to start doing some running before the Great North Run, so some structured training wouldn’t go a miss. I will admit that I did not look at TBH originally because of distance from my home, but the local running clubs just didn’t have the information online while TBH did. So with this in mind, and the fact that I already knew a few people, I came along to my first session on the 18th of July 2013 and what a session it was – Hills – because you can’t have your first session being an easy one or anything, so talk about baptism under fire!! Still I loved it and most importantly I survived! Safe to say I was hooked!! 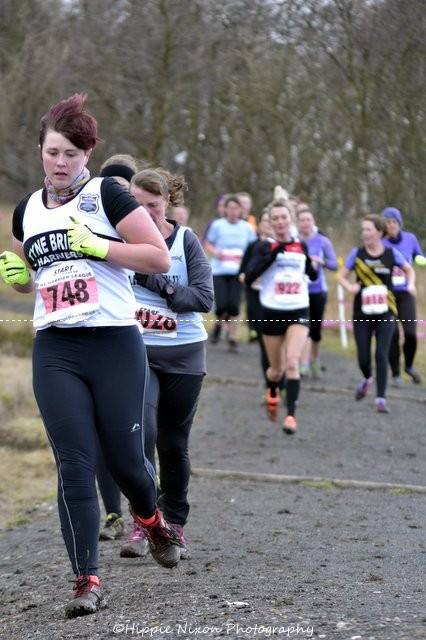 Proud to wear the TBH vest

Fast forward two xc seasons, five half marathons, 4 10k’s, a couple of 5k races, one Blaydon races, one TBH 5 Bridges of the Tyne and a marathon later or to put it simply two years and I can honestly say it was one of my better life choices. I have discovered that runners come from all backgrounds, all walks of life, each with different life experiences and different views and opinions.  I’ve stood in the freezing cold, ran in the freezing cold, cheered in the freezing cold with you all at some point. I’ve rediscovered lost loves like baking (I am the reigning baking queen after all

which is probably the greatest achievement in my time at TBH!) and photography. I’ve discovered a passion for writing race reports. I’ve PB’ed races, I’ve PW’ed races. Word of warning do not drink and run, it doesn’t end well. I’ve laughed over race face photos of myself. I’ve witnessed some amazing performances by my fellow TBH’ers. I’ve suffered injuries and become grumpy because I’ve been unable to train. I’ve felt joy when another runner has come back from injury. I’ve gained self-worth and self-confidence. Most importantly however are the people I’ve met through the club. People who I am honoured to call friends and would consider me to be a friend as well. You make each session, each race and each XC and T&F event a joy to be at.

Right that’s enough sentimental nonsense from me just wish I had some pearls of wisdom to impart!! 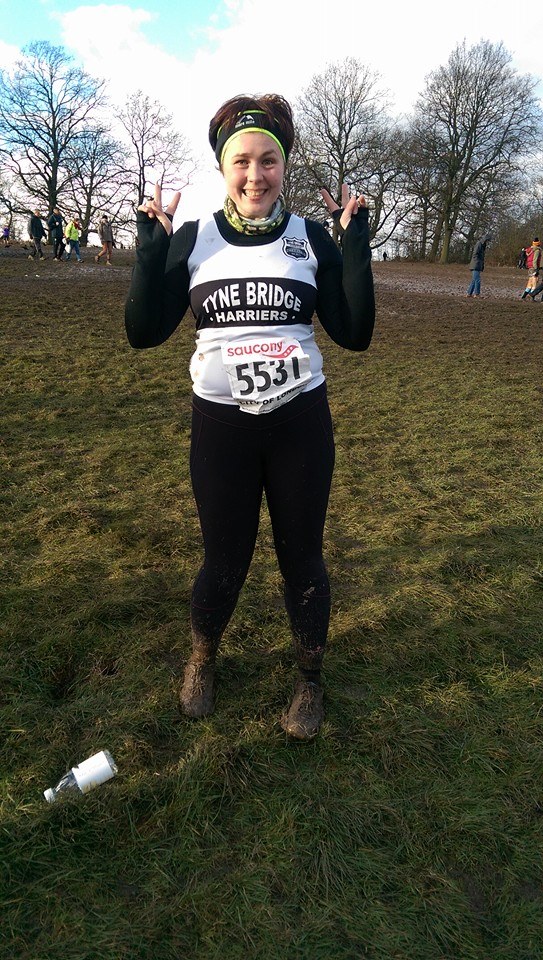 Permanent link to this article: https://www.tynebridgeharriers.com/2015/07/21/runner-profile-louise-kelly/