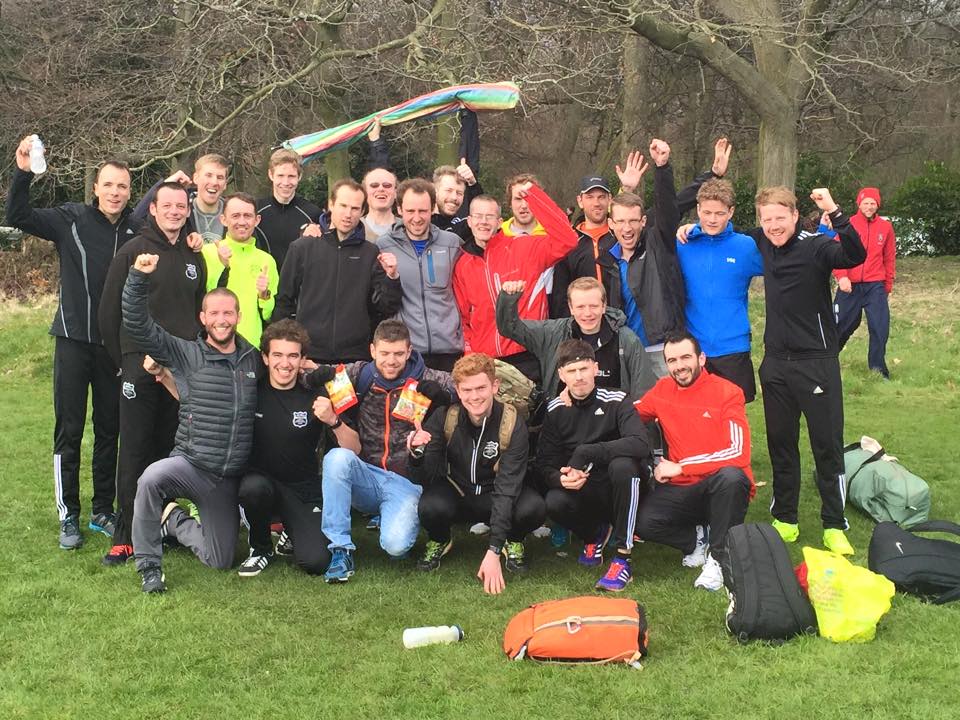 Break out the haribo!!

Congratulations to all the members who took part in this year’s Northern Athletics Road Relay Championships (aka the ‘Northern 12 stage’).

Not too long ago, just sending a team to the event would have been an achievement by the club, but the fact the ‘A’ team finished 10th overall and the ‘B’ team finished 40th (out of 66 teams) highlights the club’s progress, both in terms of quality and strength in depth. Well done lads

Keith Rooney writes this report from the event.

I’ll never forget the sight: the look of proud exultation on the young athlete’s face dissolving into a mask of utter misery and melancholy, as the realisation dawned, that his club’s hopes had just gone the way of the dodo. He couldn’t seem to find the words that young man, in prime of life, every sinew seemingly bursting with a grey hound’s vigour, still revelling in that final, furious 4 min mile dash to the finish.

But no amount of berating from his club captain would elicite a response this day. The lad would be left to ponder, brood and lick his wounds.

I’d paused in passing outside their tent, unable to do the decent thing and move on, this was after all a private matter. But, I was captivated by this scene of such excruciating indignity. Mind you, we’d had our own near miss with infamy: equally unforgettable was the look on Paul Hilton’s face as he tore after Tom Vardy:

“No Tom! Not now! It’s Alex, not you!!”
But with the captain’s rebuke submerged in all the din, he was forced to chase Tom down, as Tom, 3rd leg, had taken it upon himself to give Alex, 2nd leg, alittle help with a sprint start.

Aye, relays,always such treacherous things, you’ve always got to be so damned on the ball, know what’ the hell’s going on around you. Mind you, all the furore, the splutter, the din and dischord seemed a world away from this place. The morning’s ugly mood, which had seen the mini bus rocked and whipped about in a grey maelstrom, had passed and the heavens smiled. You had no idea you were in the hub and throb of Liverpool: the broad, sun-speckled, Edwardian avenues, the shady glades and ornate ponds enticed: the fine cluster of pennants and club pavilions seemed only to add to the grace and dignity of Seften Park.

This would make a cracking park run, the thought flashed to mind as I rounded the stately beech trees half a mile into my leg and took the incline down to the unruffled pond. But, of course, behind every pleasing facade lurks always the unforeseen and I was mindful of this as I took that break neck left turn, which had already seen one unfortunate, straining to squeeze out every fraction of a second, sent sprawling on his bonce.

Yet, I was pleasantly surprised, legs felt okay, sprightly even. The dreaded bus trip didn’t seem to have had quite the dileterious effect I’d expected. I was expecting the usual, painful petrifaction, the usual unresponsive and deadened legs. The sight of a morose Mark Fenwick, post race, disconsolately referring to legs, “that just wouldn’t work”, How often I’d been there before. Bus trips and old bones just don’t mix. Not that I’m saying Mark’s old, you understand, but, he’s no spring chicken, anymore, either. A fabulous achievement making it to Sutton Colfield for the ‘A’ team, but I don’t envy them the gruelling bus trip there.

Yet, the old legs actually felt well oiled and the pleasing scenery flowed past with satisfying smoothness. Though, however picturesque the setting was, it had this day been transformed into an arena. I was reminded of this by the wall of noise awaiting the runners as they toiled up the hill, concentrating all their resources upon that final, frenetic dash to the finish; and the runner who was poised to get the better of me. Of all athletes, it’s runners, who would love to have eyes in the backs of their heads. This is where a symbiosis with the spectators is so important.
We are dependent upon their good will, empathy and impartiality. I could’ve lost ground, been outflanked, but for a familiar face in the crowd who provided the necessary incitement. The flash of copper red was unmistakeable: Sparrow Morley gesticulating wildly, gave me the necessary warning.

I knew he was a Heaton Harrier, I guessed that from the splurge of white and green going crazy. Fitting somehow, that my leg should be capped off with a straight one on one between two such stalwart North East clubs, a fact not lost on him as he clapped me on the back, having accepted I’d pipped him to the post with a smile and “go North East” on his lips. I hope that little joust was, at least, a little contribution to our ‘B’ team’s victory over the Heaton ‘A’. And Sparrow Morley, he may no longer be a TBHer, but I’m thankful for his impartiality, none the less.

A wonderful day all in all. I just wonder where the club will end up, with truly remarkable A listers and B listers to envy.

On an entirely different note, however, I must say: man of the match for me goes to the bus driver: never seen such ability, to navigate his bus over the backbone of England with his eyes shut. As Simon said: “quite a rare talent”.

Signing off for now. 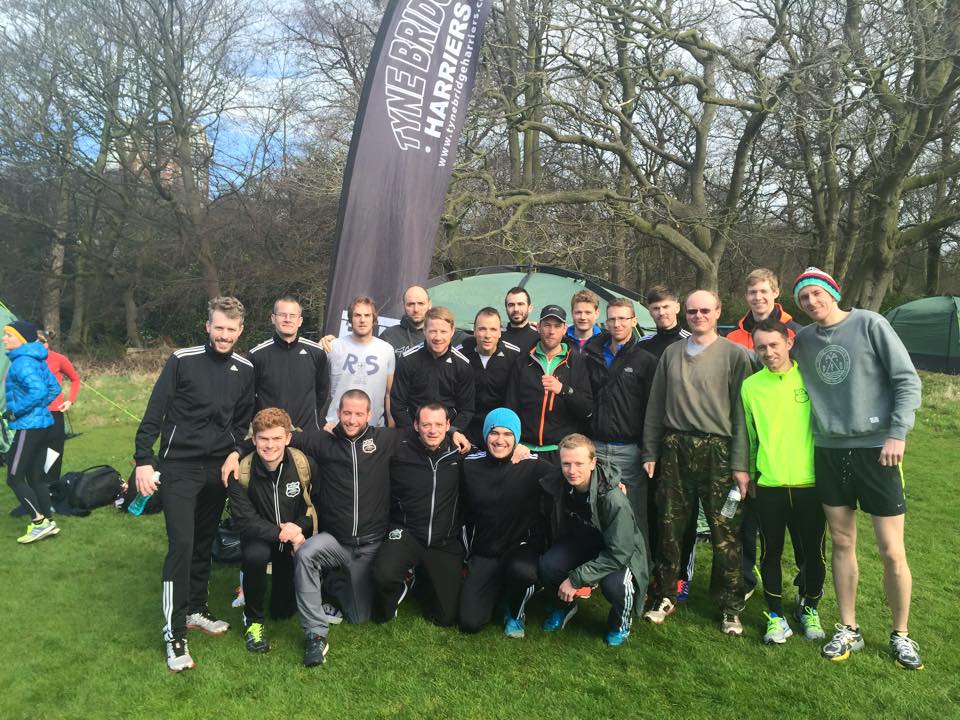 Top 10 Finish. Break out the haribo!!

Full race results can be found here and a race video here.

Permanent link to this article: https://www.tynebridgeharriers.com/2015/03/30/northern-athletics-road-relay-championships-2015/