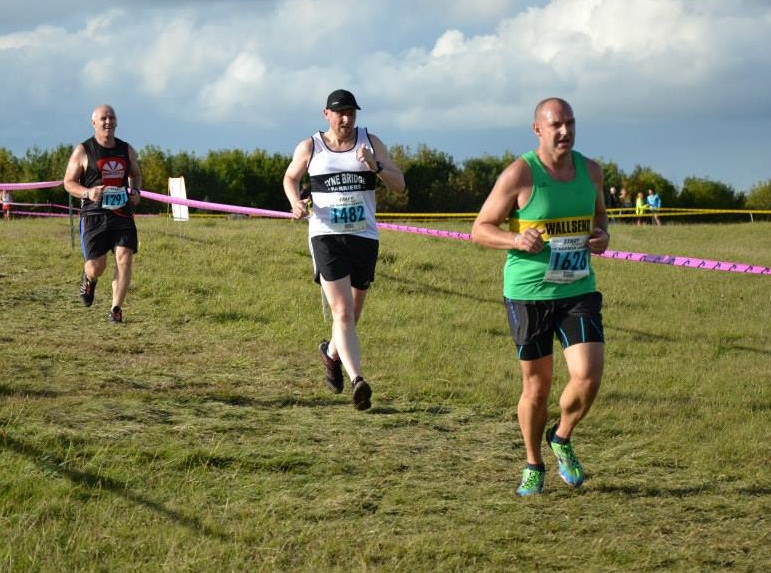 Cross-Country first-timer, Danny Fletcher, extol’s the virtues of running around fields and over hills.

Arriving in Cramlington for my first country experience fellow TBHer Deb Airey described it as looking like a scene from Game of Thrones, the tents pitched up with colourful flags blowing in the wind. I haven’t seen Game of Thrones, but I do know that it has plenty of naughty bits in it. Maybe this cross country lark wasn’t going to be all that bad. 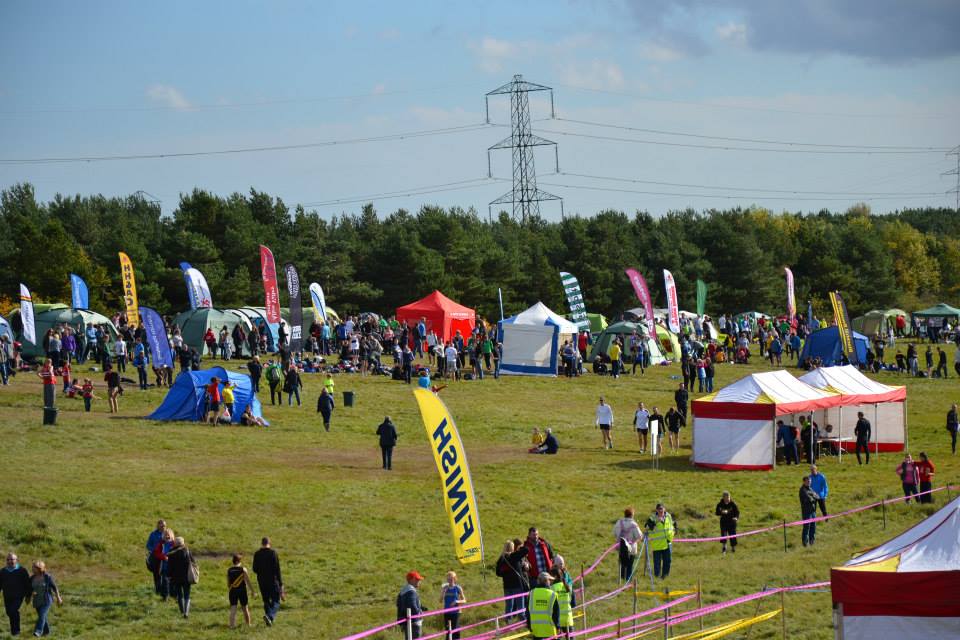 The teams set up camp.

After watching the ladies and cheering them on, all the men started gathering towards the start line. I had a look round at who I would be running with, and tried to decide where I would start. I’m not used to running in an event where everyone was in  club vest. I couldn’t find anyone in fancy dress or an older runner with a plastic hip that I knew I could pick off. I gravitated towards the back of the pack, my inner confidence demon telling me that’s where I should be. After a few steps forward a horn was sounded and we were off. 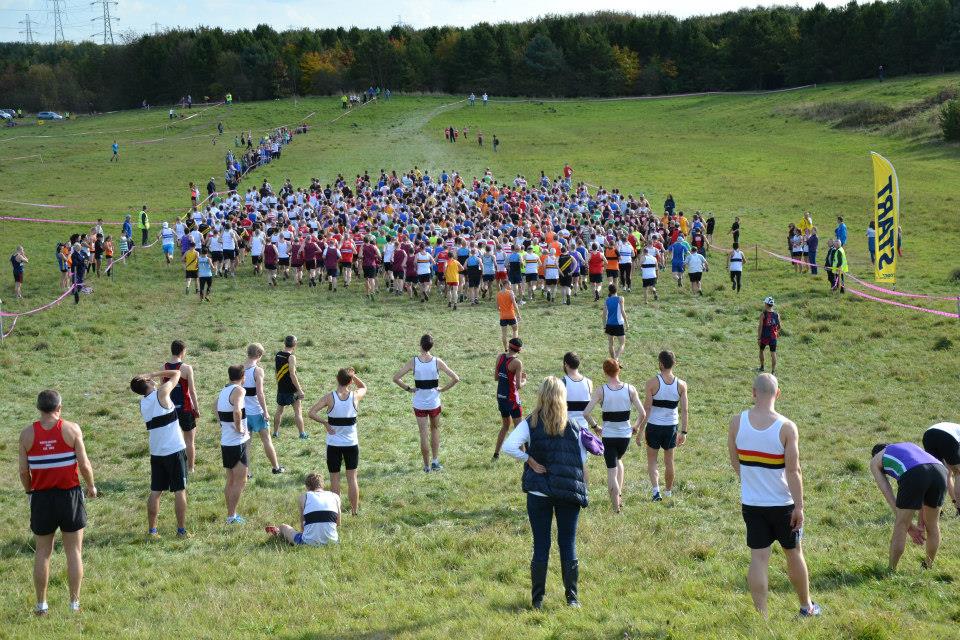 The men’s race gets underway.

As this was my first cross country run I had no idea what pace to run at, I decided I would just enjoy the experience and try not to let the Garmin dictate what pace I should be running. Thankfully the weather had been kind so the mud baths I had heard about wouldn’t be making an appearance today, but what I quickly found difficult within the first stretch was running through the long grass. It just sapped the energy from my legs. Lucky for me the grass was short lived, however it was quickly replaced by rolling hills.

The first of many ascents.

Although I started towards the back of the race pack runners still seemed to be passing me from all angles and I had that feeling that maybe I would be the last one to cross the finishing line, that inner confidence demon making another early appearance. This thought was quickly tossed to one side as cheers of “Come on Tyne Bridge” and “Well Done Danny” lifted my spirits. The course had lots of twists and turns and it seemed that there was a hill around every turn,  but with every twist and turn and every hill there was somebody cheering me on.

The first lap seemed to last an age, but the following two laps seemed to pass quicker. I started to overtake other runners, surprisingly while running up hills. In my head I could hear Anji Rippon telling me to use my arms and shorten my stride, so I listened to that voice, attacked the hills and the whole experience was a lot more enjoyable. I stopped thinking about the hills and focused on the runner ahead of me and trying to beat them.

There was a nice downhill stretch toward the end of the course and the TBH ladies were lined up cheering us all on. This put a big smile on my face and further cemented that I had made the right choice to take part in a cross country event and more so, join Tyne Bridge Harriers. I knew the finishing line was at the bottom of the hill so I pushed on as hard as I could. I took no notice of the long grass whipping my ankles as I (in my head) sprinted towards the finishing line. I finished in a time of 54mins 15seconds, not an amazing 10K time, but considering the terrain I was very happy. I was definitely happier than the runner who finished ahead of me who bent over the finishing tape vomiting.

After running I posted on Facebook that I now felt part of the Tyne Bridge Harriers family, and I do. People I had never met before were congratulating me and shared their run experiences.  There were no groups, we all ran as one.

I have no doubt that the runs will get tougher as the weather is less kind, but right now I cant wait for the next cross country run. My Tyne Bridge vest is still very white and it could do with some cross country battle scars.

Thanks to Vicki Deritis for the photographs (more of which can be found on the FB page).