The Hartlepool Marina 5 Mile race wouldn’t have been high on many peoples race list, but both Jon Moss and I saw it as an ideal opportunity to take a good chunk of time out of our PBs from last year’s TBH Bridges 5.

I collected Jon at the Tyne Bridge and we made our way through the dense fog, courtesy of my disconcertingly noisy Clio. We arrived bright and early in Hartlepool, so after a pit stop aboard the boat that served as race HQ, Jon decided to show me a few of the sights and smells Hartlepool Marina had to offer. After touring an abandoned shopping centre and marvelling at the black sandy beaches, we set about getting ready for the race with a decent warm-up. 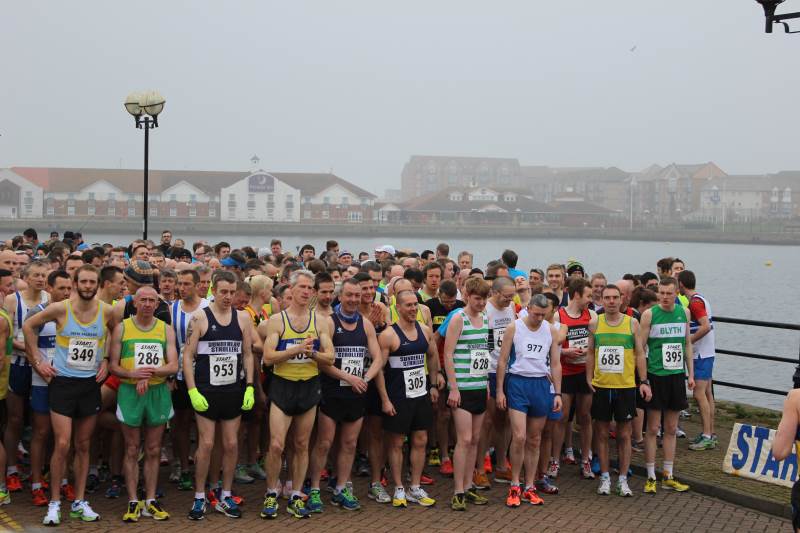 The race started, as all good races should, with a blast from a cannon. After some tight turns and a bit of road furniture as we crossed a car park and residential streets, we were soon onto the pier and heading towards the first mile marker. I’d been tracking Jon for the first mile but managed to get up alongside him as we left the pier and made our way along the promenade. Jon clearly wasn’t on top form so I gradually pulled away as we approached the turning point at Seaton Carew and made our way back to Hartlepool.

As I made for home, it was good to spot John Pickering and Anji Rippon running well in the opposite direction. I managed to pull in two or three tiring runners along the endless promenade and a little kick in the final straight reeled in a couple more close to the line, including new TBH recruit Paul Andrews. A rather wordy blue t-shirt was our prize and I was pleased to be able to ease a medium over my vest, before cheering a white-faced Jon, John and Anji over the line.

All in all, a well organised and supported run, with great pb potential over a rarely run distance. 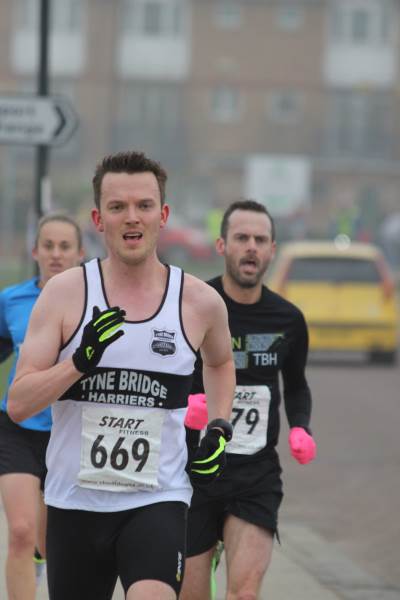 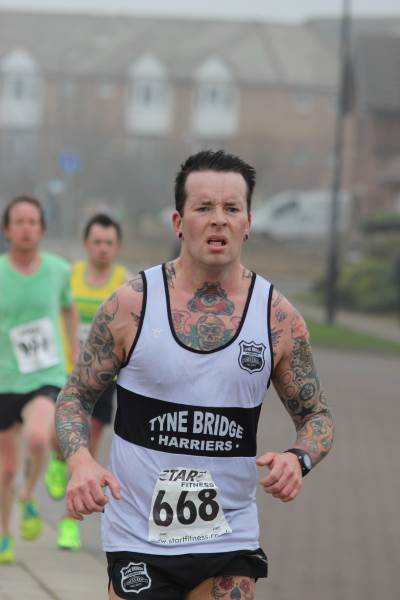 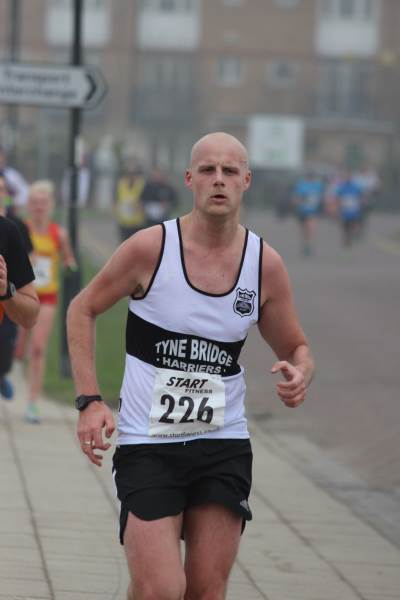 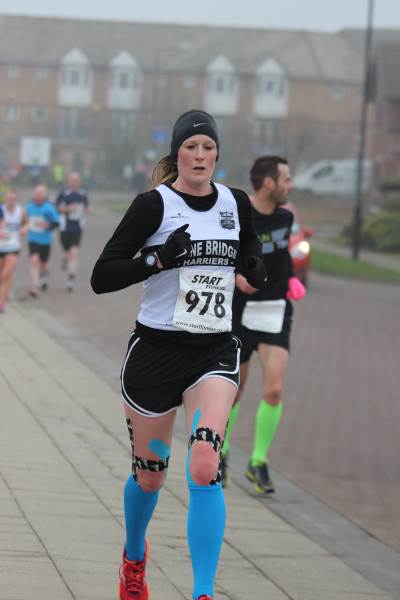 Permanent link to this article: https://www.tynebridgeharriers.com/2014/03/31/hartlepool-marina-5-mile-race-report/