2013 has not been the kindest to me in running terms. Everything was going well until the Sunderland 5k when Summer flu struck and then the most bizarre set of injuries kicked in, including a poisoned toe and the world acclaimed shampoo in the eye. 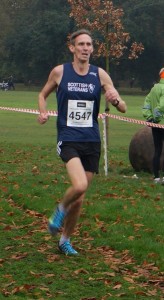 Never again will I take running for granted, as I have struggled to maintain any form since. Ironically, it’s only after the Cardiff race do I feel better and more confident about my running.

After being selected for Scotland in Glasgow in 2011 I performed better than expected, even managing to beat the legend that is Iain Campbell. It was also the last time I saw and spoke to running legend Terry O’Gara from Wallsend Harriers, watching him come second in his age category.

2012 was in Belfast and what a great Craic we had. Meeting my team mates for the second time and running against good mates like Brian Hetherington and Keith Smith, the after party was exceptional and I even managed to get onto the Scottish Athletics website for my, erm… Dancing Skills!

Well, this year was Cardiff and luckily I got the call from the Team Manager. I was completely disorganised for a variety of reasons and only booked the hotel the night before. Michael Thomsen kindly offered me a lift if I could get a lift to Bristol and I was joined on the flight by World 5k and 10k v50 silver medallist Guy Bracken.

The early flight meant we arrived in Bristol just after the rush hour and after picking up our hire care we navigated through the beautiful Somerset countryside before crossing the Severn Bridge, which costs the exorbitant price of £6.20!

This race was meant to take place in Colwyn Bay North Wales but was changed to Cardiff for some reason. I love North Wales, especially Abersoch and the Llyn Peninsula, and wished for the hills rather than the flat course that was Bute Park, Cardiff.

Friday evening meant chilling and an Italian meal which proved an adventure because post meal we got lost and ended walking six miles. Mr Bracken later lamented that this cost him winning his race the next day. I promise this was not a ploy by the Scotland management team.

The day of the race came and we surveyed the course for the first time. Flat as a pancake, bone dry and four times round, not the course for an overgrown Highlander who prefers throwing himself down hills!

Well the race didn’t work out to plan. The summer of injuries put paid to that, and I finished 79th out of 90 — well down on my 49th in Glasgow and 56th in Belfast. However, I feel better about my running again, maybe more appreciative when I am running well.

Tyne Bridge’s Steve Cairns had an excellent run for Northern Ireland, coming home in 21st in 25:22. I met him before the race and he was his usual, confident and enthusiastic self, and always a pleasure to run with.

Next year is in Nottingham, a year older, with more young ones kicking on. The hard work starts now but I am determined to make it four in a row. People like Matt Brent, Kevin Jeffress, Dave Moir, Dominic Monelly, Louise Rodgers and Keith Smith all have a fighting chance of getting on that bus. Believe in your ability and you will do it. Carpe Diem.

Permanent link to this article: https://www.tynebridgeharriers.com/2013/11/20/race-report-british-and-irish-masters-16th-nov/