Still jubilant after his great run, Dave Moir sends in this race report from the Dumfries Half Marathon.

A tough course ??
I’m still undecided if this is a hard course or not. It’s not a flat course by any stretch of the imagination (a rumour that our friends from Morpeth Harriers fed us and allowed us to believe throughout) but despite a few hard up hill miles in a couple of sections and a couple of sharp descents, this still felt like a reasonable course. I heard the words “it’s not a PB course” from a variety of people before the race, but despite that, I managed to run one, so there you go.
DD and myself decided to run this one as it’s only a couple of hours in the car (thankfully he didn’t put his claim of doing it in about an hour with his “Bat out of Hell” mix tape on, to the test), we thought it was flat, and it’s well placed being 2 weeks before Chester marathon that we are both running.  Oh yes and DD is doing a half marathon 3 weekends in a row for some reason (starting with the GNR last weekend and finishing with Redcar next weekend).
With our updated knowledge on the course we quickly revised our race plan of me trying to get under 1:20 (running about 6:05 per mile) and DD hanging on for as long as possible.  After following a piper to the start line we were off and a few packs quickly formed, which pretty much stayed as they were for most of the race.
DD & I were in a pack with a few others up until a very steep descent around the 4 mile mark, which we all ran way too hard to claim back some of the time lost on the previous slower uphill miles, the result of which was that I definitely regretted it immediately but managed to push on despite what I’d just done to my quads, and DD dropped off the pack a little and was able to watch my mistakes for the rest of the race.

The water stations gave out plastic cups which crumpled immediately on contact with a human hand, so my first attempt resulted in me putting my thumbs straight through both cups, followed by me inhaling the remaining 5ml of water and coughing for the next mile. This “purposeful clowning around” was really an attempt to put DD of his race, and I thought it might be working by the chuckles from behind. Anyhow, I pushed on in a group of 3 with Ian Hughes from Calderglen Harriers and Peter Hearn from Tynedale leading  the group. I had a bit of a chat with Ian about what we were hoping to achieve, and the general consensus was priority number 1 was to beat our respective team mates. I mentioned DD was probably close behind, and decided against the suggestion of waiting for him to catch up. Shortly after another sharp descent, Ian dropped off the group and Peter pushed on. We ran together, with Peter being keen to lead (I wasn’t just letting him do all the work, honestly) and I assumed Peter would push hard at the end and beat me in, but as we were still together nearing the stretch along a river at the end, I glanced at my watch and saw we were up to 12.3 miles and I still felt OK.
I decided my only chance of beating Peter was to have a go now or never, so I gave a real injection of pace to see what would happen, and I took a couple of yards. I then realised I’d sort of committed to this, so had to go with it and put another 4 short bursts in over the next 100 meters and gained about 10m. Luckily DD still had us in sight and was able to continue to enjoy my race unfolding (I still don’t think he believes it). So that was it, I’d made my big move and still had at least half a mile to push erm……..ooops?

So with the sound of DD’s footsteps haunting me to the finish line, I just kept going, I hadn’t put all that effort in to watch him effortlessly sail past me and spoil my day, and somehow I managed not only to maintain the pace, but actually speeded up for the duration. 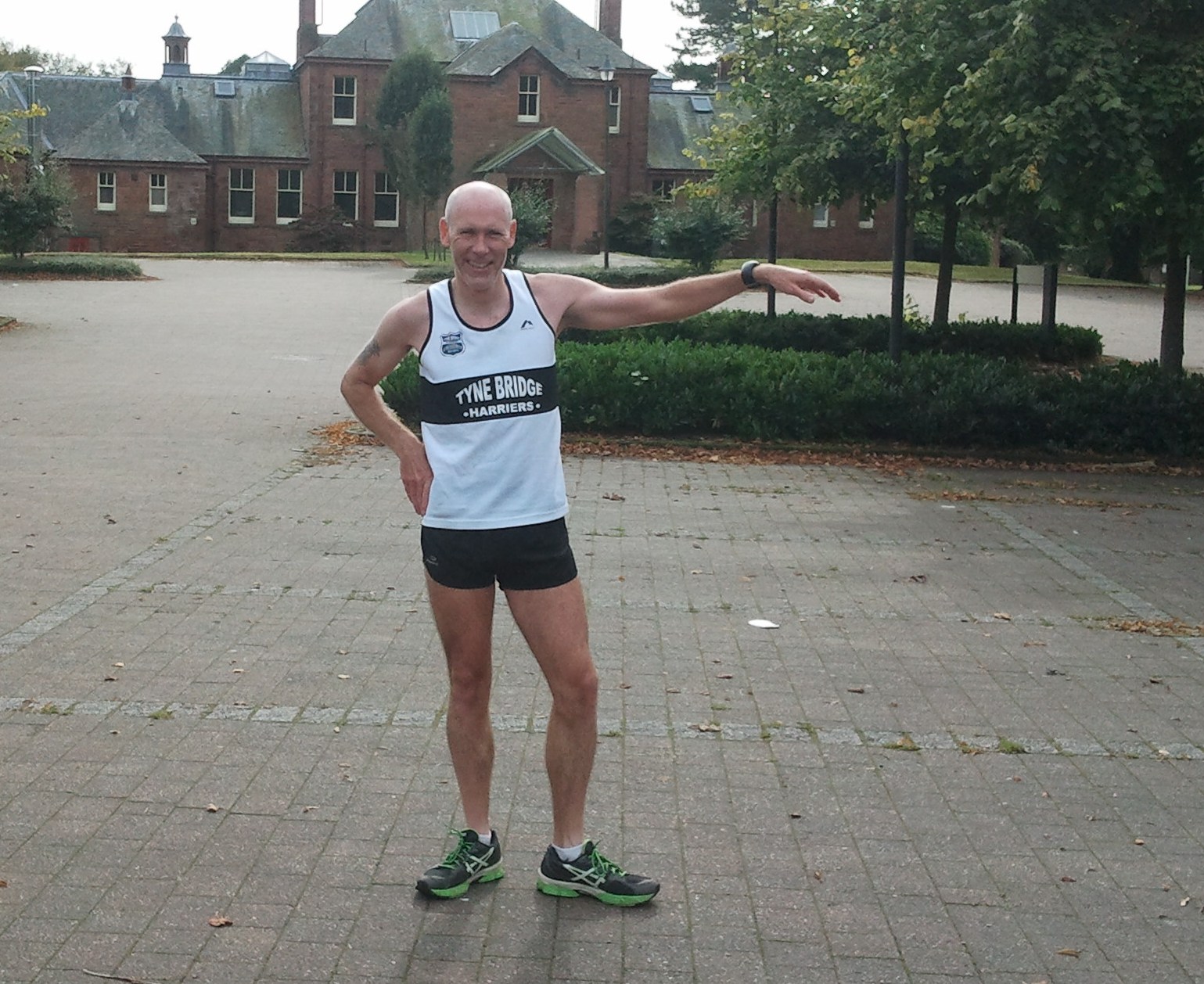 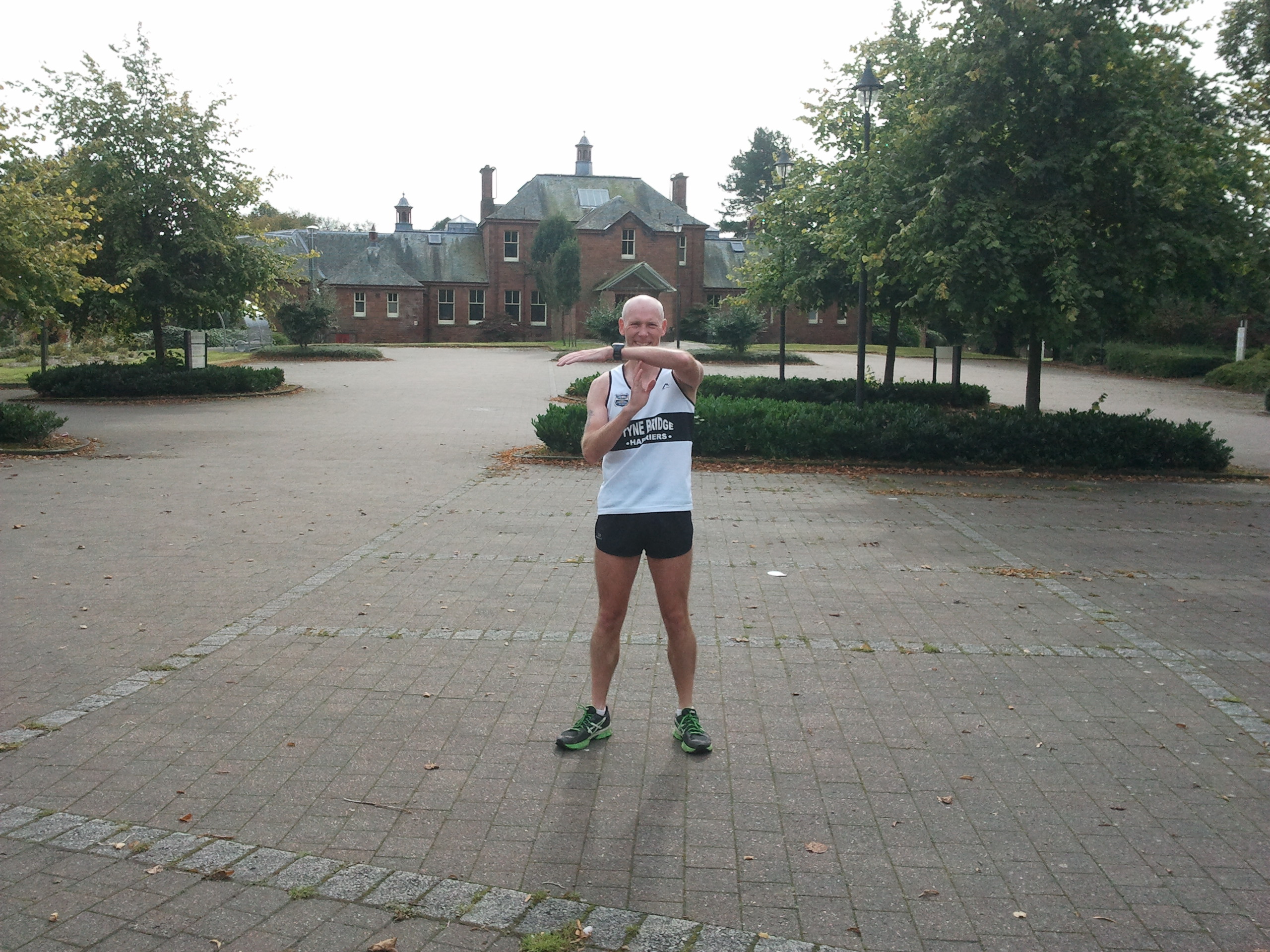 The new craze sweeping the country 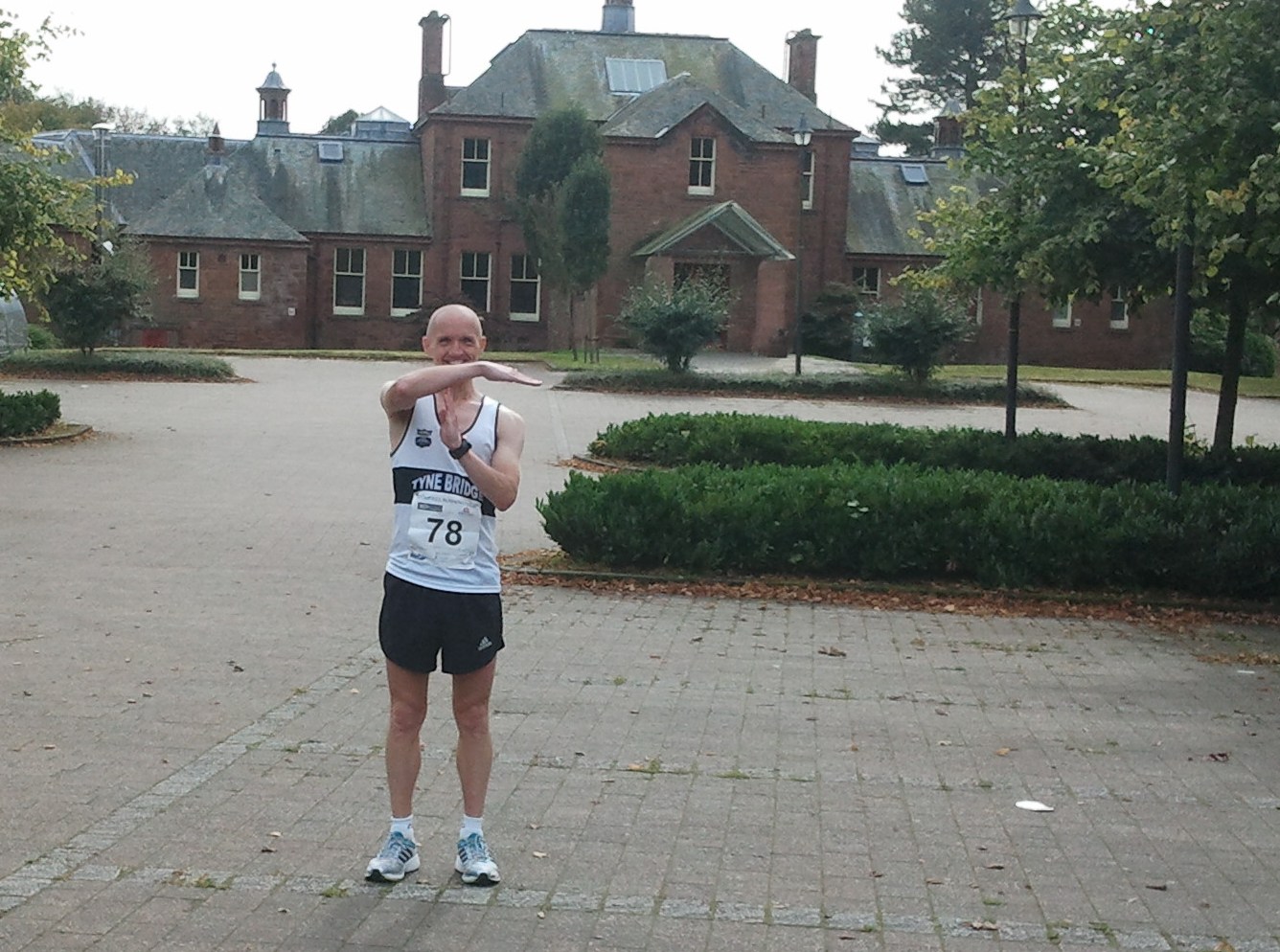 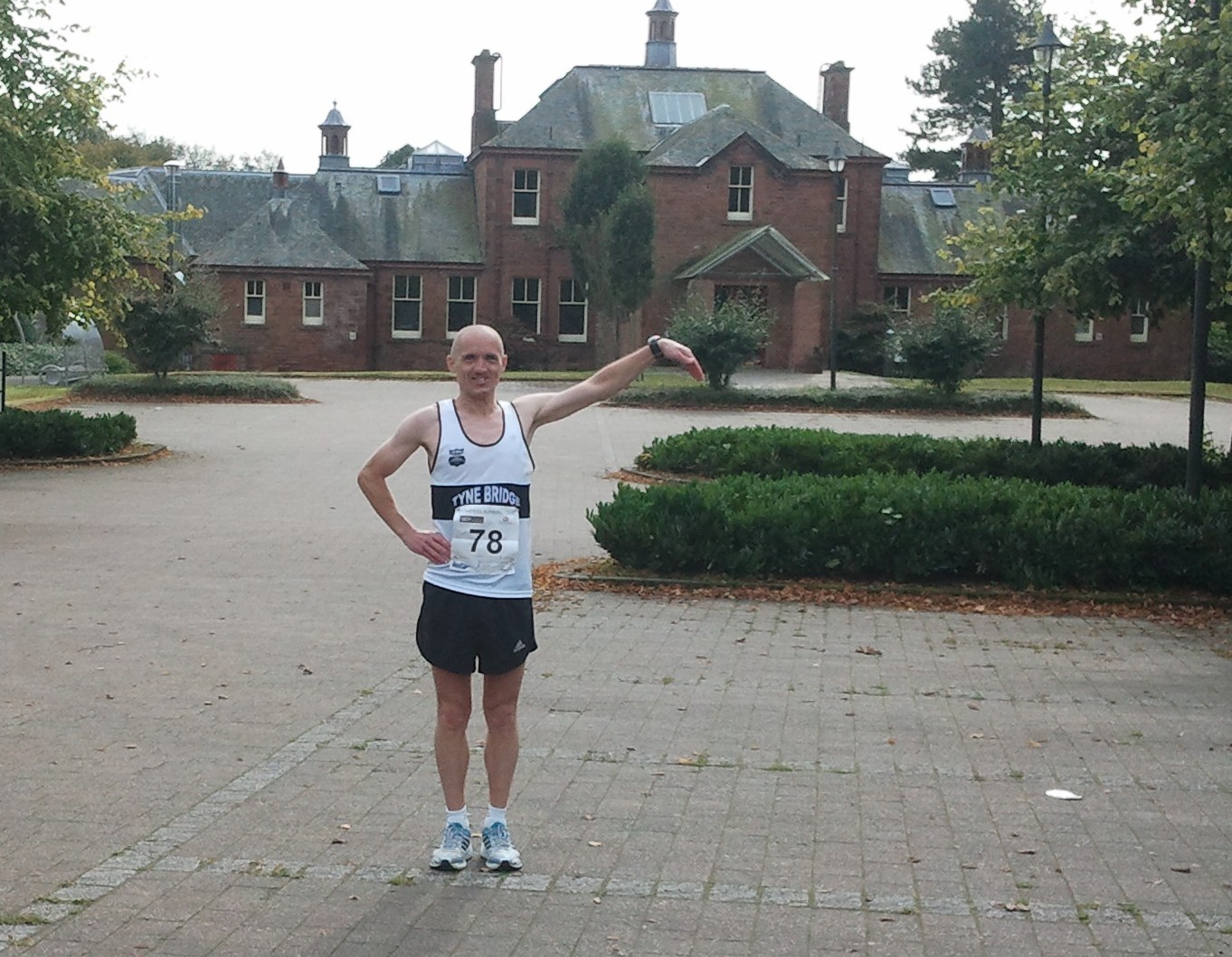 just out of shot, people were wetting themselves

Permanent link to this article: https://www.tynebridgeharriers.com/2012/09/23/dumfries-half-marathon-22nd-september-2012/