The Coastal Run (also known as ‘The Beadnell to Alnmouth Race’) is a well established fixture in the north-east running calendar.  The route begins at Beadnell Harbour and then heads south to Alnmouth It’s approximately 14 miles, depending on whether the tide is in or out. This year, I measured it as 13.2 miles. It was first held in 1979 and had 12 competitors! It has grown and maintained a huge popularity up to the present day. Entries are open in January and they usually sell out on the same day.

One reason for its popularity is the spectacularly beautiful scenery. My favourite part is running past Dunstanburgh Castle at about half-way. It’s also a change from running on roads. It’s a sort of half-way house between road and fell running. There are many narrow paths that you have to negotiate carefully due to stones and rocks. I witnessed one women on the floor clutching her ankle, fortunately the race is well marshalled with plenty of first aid around the course. I shouted to a first-aider that she was ‘down’ about ½ a mile further along the course.

To the amusement of the TBH contingent, we had two fallers in the first mile! Tony Carter and David Moir both took an early bath on Beadnell beach when they misjudged the depth and current in a stream running towards the sea! I watched Mr Moir suddenly fall to his left only to bounce back up and continue his relentless pace. As we headed up the sand from the beach I could see TC in a breakaway group of three at the front. I next saw him at the finish.

David Appleby ran with me for a little while as we hit the first road section. However, he was feeling sharp and steadily moved up through the field. 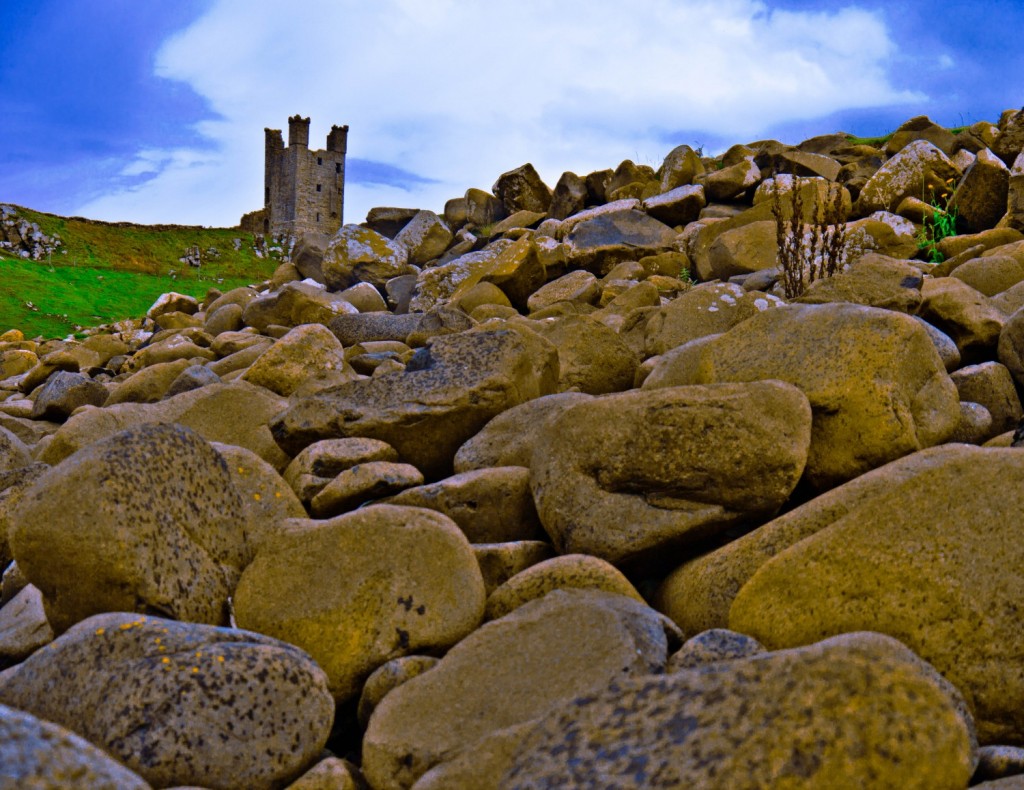 The trickiest part of the course for me was when we had to pick our way across about 15 meters of rocks before we made the approach to Dunstanburgh Castle. Skilled fell runners (like our own John Tollit) must have laughed as they witnessed those used to running on tarmaced roads trying to skip and slip across the rocks.

I found it hard to get into a rhythm on this run. As soon as you got used to the hard-ribbed sand, you were picking your way across rocky paths and then running along county lanes. It wasn’t until about 9 miles, when we ran through a long stretch of smelly water that I began to run with more freedom. We joined onto one of my favourite training routes that I use when we stay in Alnmouth for our annual summer holiday. I love that route and memories of previous carefree summer training lifted me mentally and my legs felt light again. I had been caught by three team-mates – John Tollit, Stephen Dixon and Mark Prendergast and I felt like I had been going backwards in the field. Now I suddenly wanted to race! I picked my way past a couple of runners and started to fix my sights on Stephen and Mark. They were about 100 meters ahead of me and I used them as a target. I knew exactly how far it was to the finish and this is a big help. I caught them on the beach with about a mile and a half to go and I just focused on the view ahead.

I saw TC standing next to Lizzy and he berated me for waving to the camera instead of sprinting for the finish line!

Everyone who finished had a sense of achievement and relief at not twisting their ankles. At the sharp end of the field Tony had a great run to finish third, Kev Jefress was next home and David Moir had recovered from his early fall to make up team that was awarded the third place prize. If you didn’t run you will be well impressed when you see the tops that were given to every finisher – a long-sleeved, yellow, cycling-style top.

Permanent link to this article: https://www.tynebridgeharriers.com/2012/07/24/2012-northumberland-coastal-run-race-report/