Our Festive Frivolity continues as we reach Dave #3 in our 12 Dave’s of Christmas feature. Todays article has been especially produced by Dave Moir for the legend that is Dave Embleton 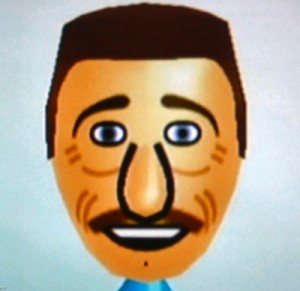 The rarest and possibly less well known Dave of Christmas, is the Embleton. With his Sasquatch like appearances throughout the North East’s running fixtures and Tyne Bridge’s training sessions, you’re a lucky man to say you’ve spotted an Embleton. Don’t be fooled by his illusive and sometime reclusive behaviour, as he is a runner of exceptional class and ability.

In fact we’ve held him is such high esteem, that in his honour, the collective noun for a gathering of Daves at TBH is infact “an Embleton of Daves” . We may try for a Wikipedia ratification on that.

Dave Embleton is one of the hardest grafting people I know, and often works fantastically long hours (particularly in the Summer). Despite the long and often hard work he does, he still manages to find time to keep his weekly mileage at 60-70 miles, even though he has to run largely on his own. I’d say that is a dedication many of us can only aspire to.

His commitment and dedication have paid off over the years. There are others at the club who will be able to post a few times and achievements (a lot better than I can) using the comments box, just to give you some idea of the quality runner that Dave is.

Come on Dave Embleton, get yourself back down TBH.

Please note, there are no verified pictures of Dave Embleton available, so this is just an artist’s impression

Permanent link to this article: https://www.tynebridgeharriers.com/2011/12/16/the-12-daves-of-christmas-3-dave-embleton/