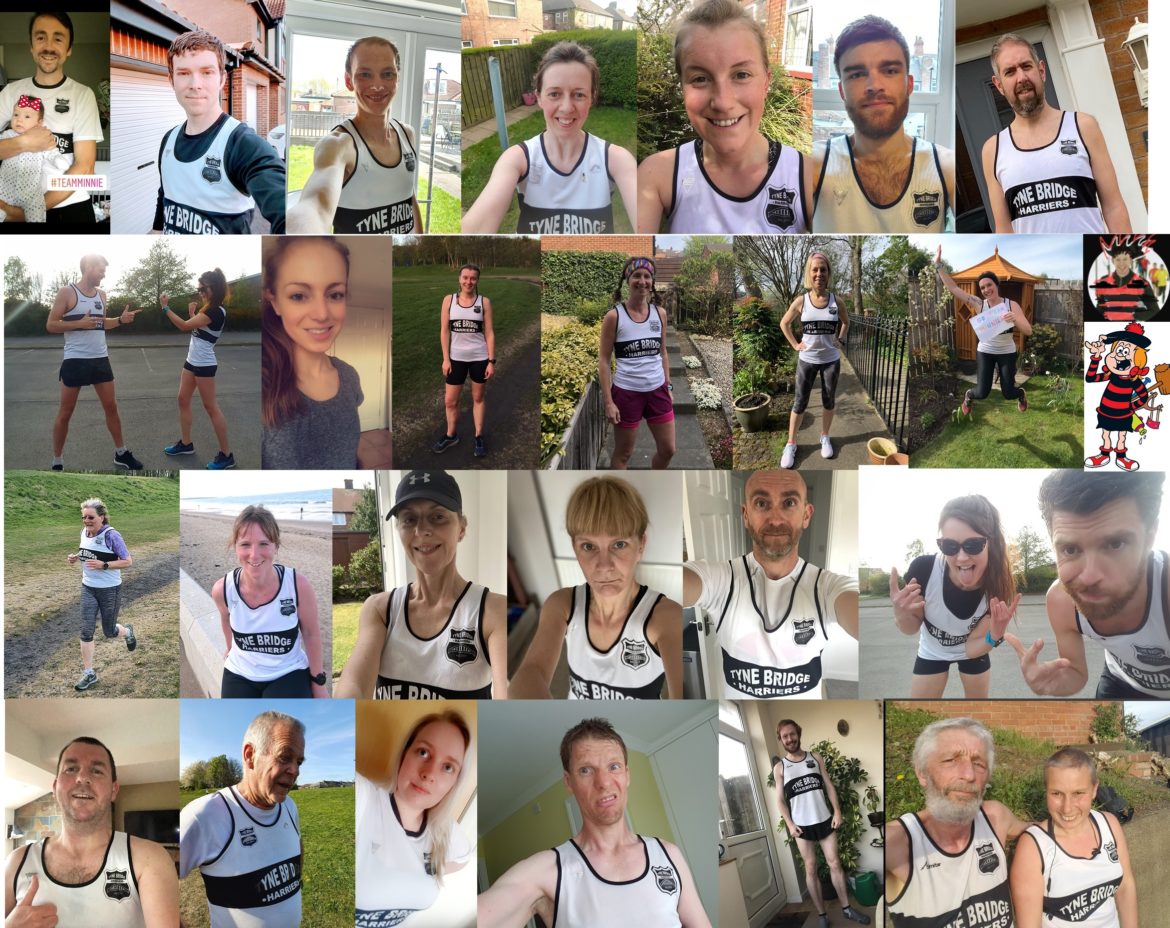 With the nation under lockdown, and all ‘real’ sporting events suspended for the foreseeable future, this week saw TBH hold a virtual club relay race.

Three teams competed over four days (Monday – Thursday), with each team member completing one leg of 20 minutes duration, and the team that accumulated the greatest distance over the four days would claim victory.

After four days of running, and a multitude of selfies, we finally have a winner in the first ever TBH Virtual Relay Race.

And the winning team is… 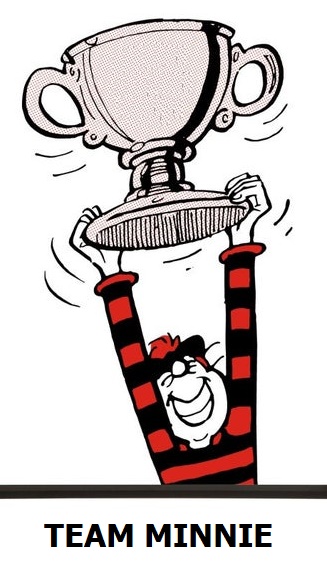 Congratulations to the winning team members

The final team distances were;

Many thanks to everyone who took part in the competition 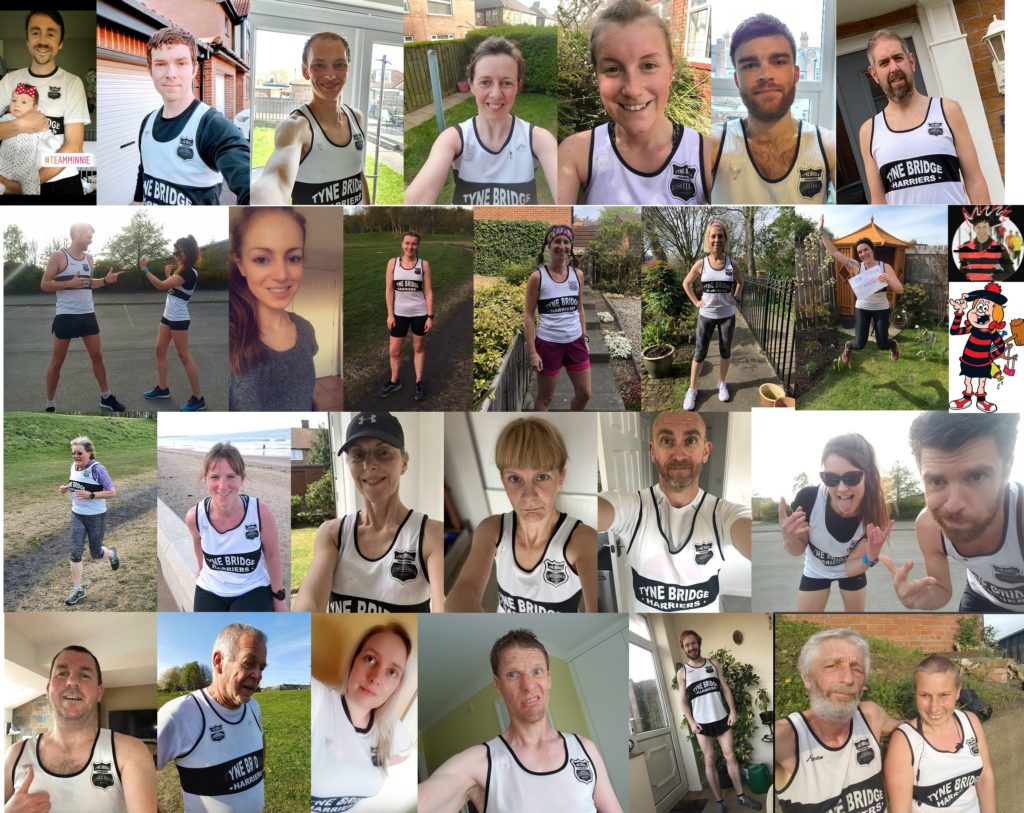 Hold the press, it’s looks like we have a proper contest on our hands.

Half-way through the final day and Team Minnie have surged into the lead. Can they hold on until the end?

Team Dan still hold a slender lead over the other two teams, but as the table below shows, Team Dan have used up more of their runners in the race, so it’s still possible – if everyone turns out to run – that either one of the other two teams could snatch victory on the final day.

Who will it be?

many thanks to all the runners who took part today (note, this includes some runners who ran late last night). 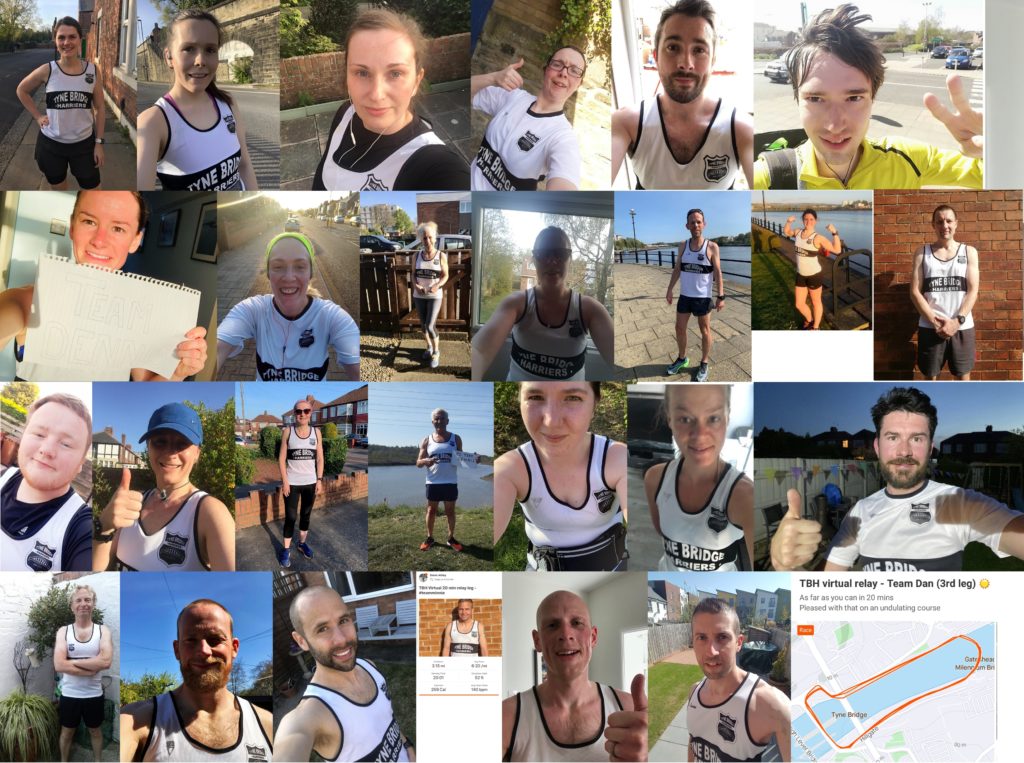 With the miles racking up at the same intensity as my waistband, the end of day two sees Team Dan stretching their lead over their rivals, with the gap to second place opening up to almost 4 miles.

But with two days remaining of the competition, there’s still plenty of time for either one of the other two teams to strike back and claim victory.

Hopefully the fine weather continues for the next couple of days and we have similar large turn-outs as we witnessed today. 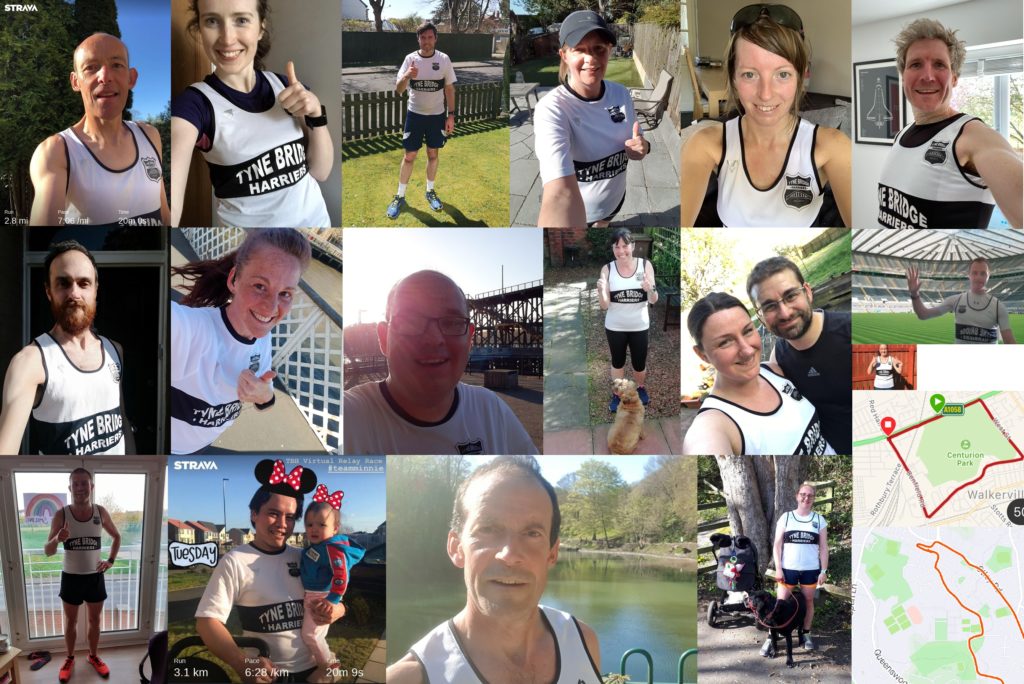 Race Progress (end of day one)

With only a couple of miles separating the three teams, it’s Team Dan holding a slender lead over their rivals after their first leg runners amassed 24.6 miles.

But, (and it’s a big but) Team Dan had eight first leg runners take part, whereas the other two teams only had six apiece. So as the days roll on, and the number of competing runners eventually even out, will Dan still be ahead come Thursday? Ooh the excitement!

Race progress after day one

many thanks to all the first leg runners who took part today. 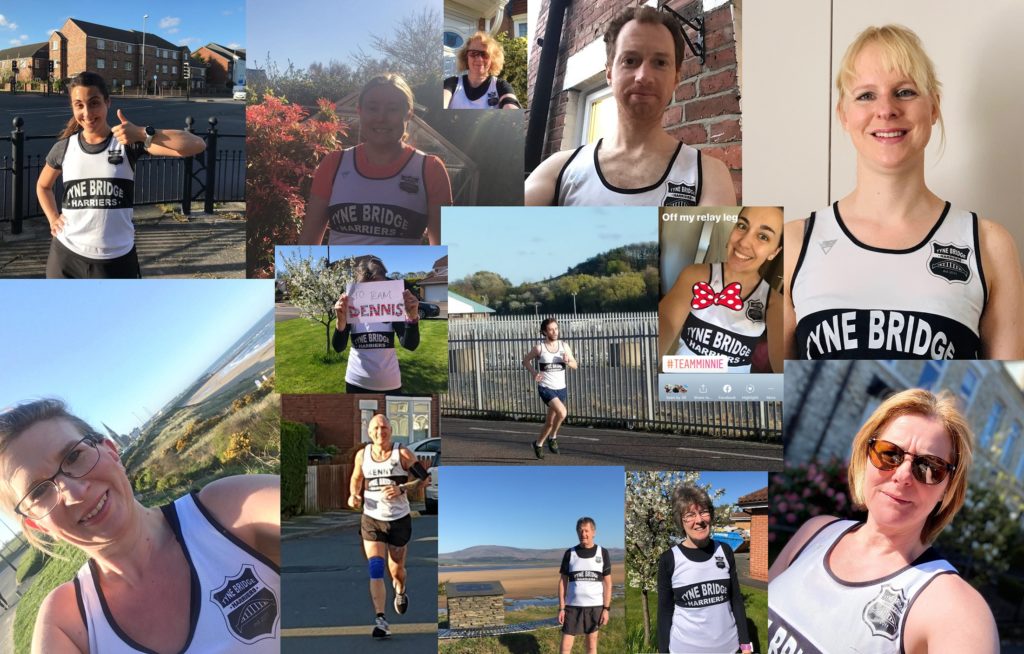 Some of the 1st leg runners

Permanent link to this article: https://www.tynebridgeharriers.com/2020/04/23/tbh-virtual-relay-race/