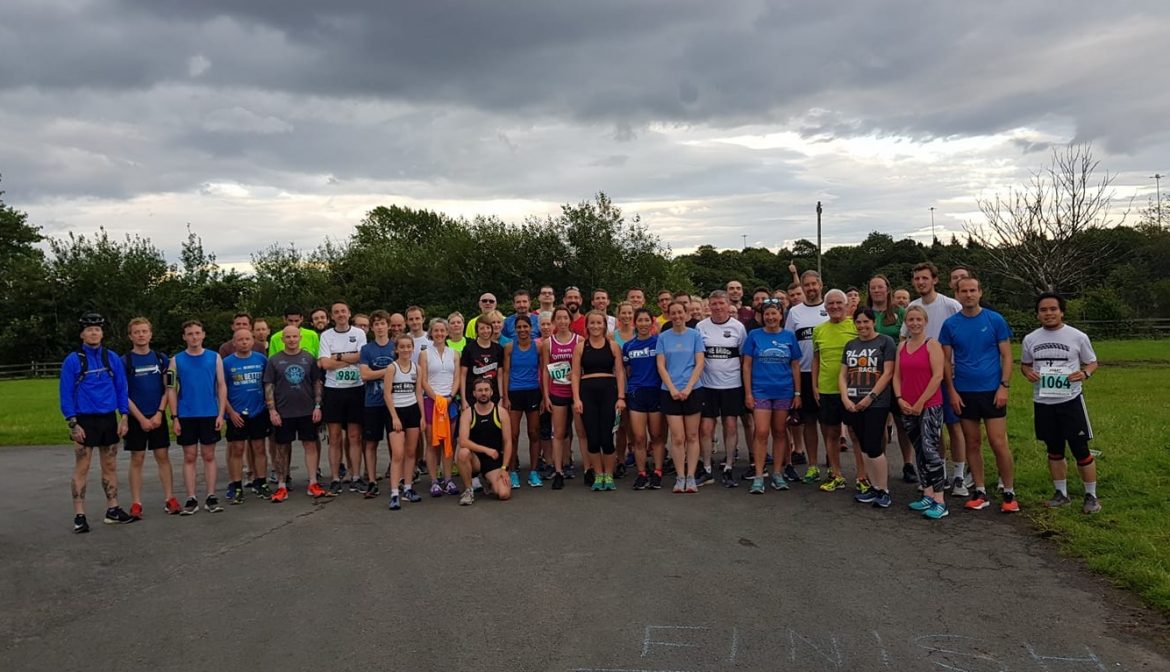 You would have thought the only concern planning a race in early August – supposedly the height of British Summer Time – would be if temperatures got too hot and competitors ran the risk of heat stroke. But cancelling the event because of prolonged and heavy rainfall? Don’t be silly.

But that’s exactly the situation that arose just hours before the race was due to begin, with persistent rain falling over the north-east for hours on end. As the clock ticked ever closer to tea-time, so my mouse cursor edged closer to the send button, because if there was no let-up in the poor weather, then the race would surely have to be cancelled.

But the rain did stop. The dark clouds lightened, gaps began to appear, and then whoa and behold, the sun started shining through. There would be a relay race after all.

Now we just needed runners to show up. And hopefully some volunteers.

Arriving early to set-up the course (a few posts here and a bit tape there), approaching dark clouds threatened to spoil the evening, but thankfully they skirted around the Town Moor and the evening remained positively warm and dry for the race. By asking members to turn up 10 minutes before the race I had no idea how many would actually show up, and initially feared it would just be myself and one man and his dog (Davy Anderson and his canine pal Robbie were first to arrive to help out). But then Mick & Judith (Bell) sprang up, soon followed by Matt (Walker). Then Lee (Pattison) ran past on one of his many warm-up laps around the Moor.

Well, if nothing else, at least I had enough runners to make up a team.

But I needn’t have worried because come 7pm, as the race was about to get underway, 14 runners stood on the start-line, each eager to complete their 2 laps of the course before handing over to their team-mate. Sincere thanks to the 57 members who turned up and supported the event. And many thanks to Davy, Kev Cheetham, Ron Murray, Sean Kelly, Morag Kerry, Margi Eccles and Jane Shearer who all helped and ensured the event passed by without a hitch.

The thing I enjoy most from these occasions is watching training groups mix together and members get to know people they wouldn’t usually run with. Although only 1 team can come first in the relay (congratulations Kenny, Adam, Tony and Patrick), to my mind, the biggest winner on the evening was the club.