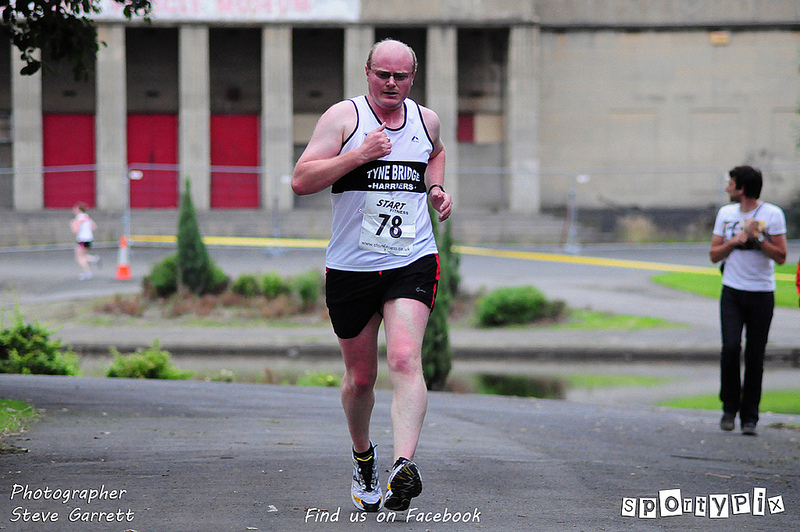 I’ve met some truly wonderful people during my time at Tyne Bridge Harriers, and Keith Rooney, who sadly passed away today (Monday, 17th June 2019), was certainly one of those.

A big man, both in stature and character, Keith joined the club in 2011 and soon became one of the club’s most colourful members. Quick in mind as he was on foot, Keith was a fabulous wordsmith and his race reports lit up the club website on a regular basis.

But it will be for his running prowess that will always stay in my mind.

Turning up for his first session in baggy cargo shorts and well worn trainers, Keith looked more like a rambler than a runner, and there were certainly some quizzical looks that evening. But over the coming weeks and months, the transformation in Keith was outstanding. Losing weight, gaining confidence and improving on a weekly basis, Keith optimised everything that the club stood for; never giving less than 100% and striving to be the best they could.

His name may not feature on any winning team lists, or feature in the club records, but to everyone who encountered him there’ll always ever be one Keith Rooney. Rooney! Rooney!

As a tribute to Keith, this is his race report from the 2015 Heaton Memorial 10K.

“C’mon, c’mon, work for Christ sakes!” I must’ve sounded almost demented, as I feverishly scratched off the muck and moisture from the face of the garmin, imploring the digits down, because if they didn’t, then all the pointsbet welcome offers I’ve been eyeing would be for nothing. We were heading south back across the Moor – I hated this bit, the path was coated in broken and splintered stone, the occasional jagged edge finding its way through into the soft, fleshy underbelly of the foot, or providing sufficient impediment to snag the unwary toe – and into the wind; it raked unimpeded over the moor, pulling our tops, ripping our numbers and stifling our pride.

Permanent link to this article: https://www.tynebridgeharriers.com/2019/06/17/rooney-rooney/