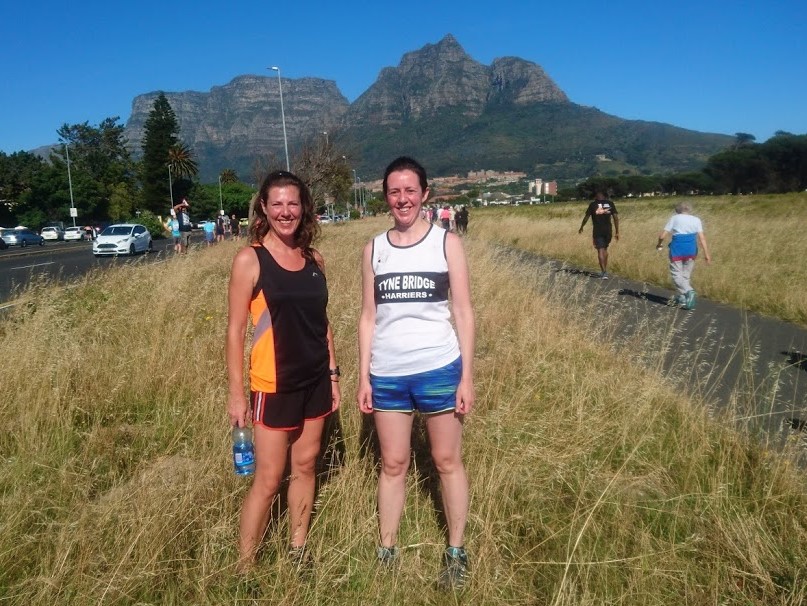 Having a Whale of a Time

I know the run reports for the club are usually about races but this is about a social run on a recent holiday that has gone down as my favourite run, probably ever.

I don’t usually run when on holidays but as I was travelling with Charlotte Carpenter (who is a lot more dedicated than me!) I knew that a run or two was inevitable. We’d been travelling along the south coast of South Africa for about a week when we had a free day to explore Hermanus, a town most famous for the southern right whales that come to its shores to breed during the winter months. We’d been on an incredible whale watching boat trip the evening before where we were almost within touching distance of lots of whales with their junior whale calves.I explored the safari’s here too with one of the amazing tour guides that I had from this link https://www.zegrahm.com/african-safaris and everywhere was fascinating and beautiful. We thought we’d seen it all. 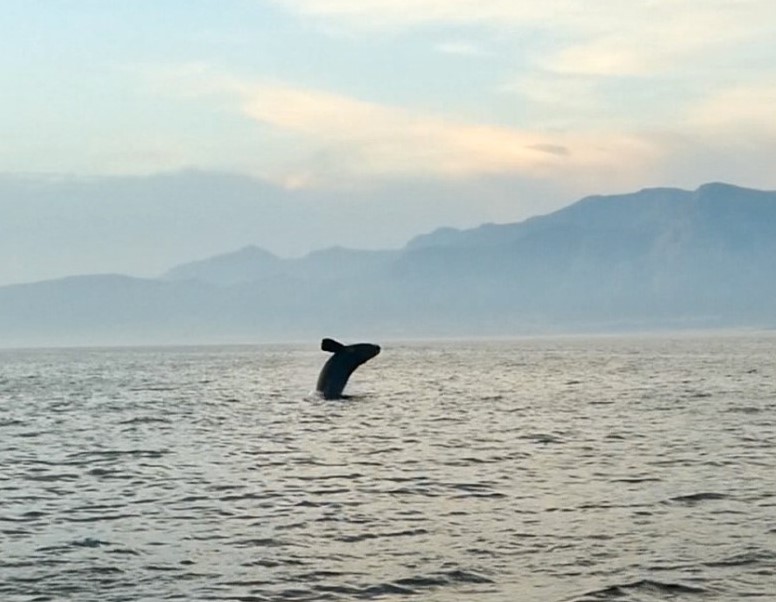 The following morning the weather started out beautifully; 21 degrees and sunny which was surprisingly much better than we’d had most of the week. We fuelled up at the best breakfast buffet we’d had all holiday, donned our running gear and hit the road. There’s a very well maintained coastal path that we planned to follow, it stretches approximately 12 km along the coastline from the New Harbour all the way to Grotto Beach. However as soon as we stepped out of the hotel there were whales very close to shore right in front of us! We watched them for a few minutes then turned right towards the harbour and within minutes we spotted more whales, again close to shore. This was to be the recurring theme of the run. We reached the harbour in a couple of kilometres then turned around to start the path from end to end. We met most of our fellow travellers from our tour group along the way, lots of Hi’s and Hello’s and ‘Have you seen the whales!’ 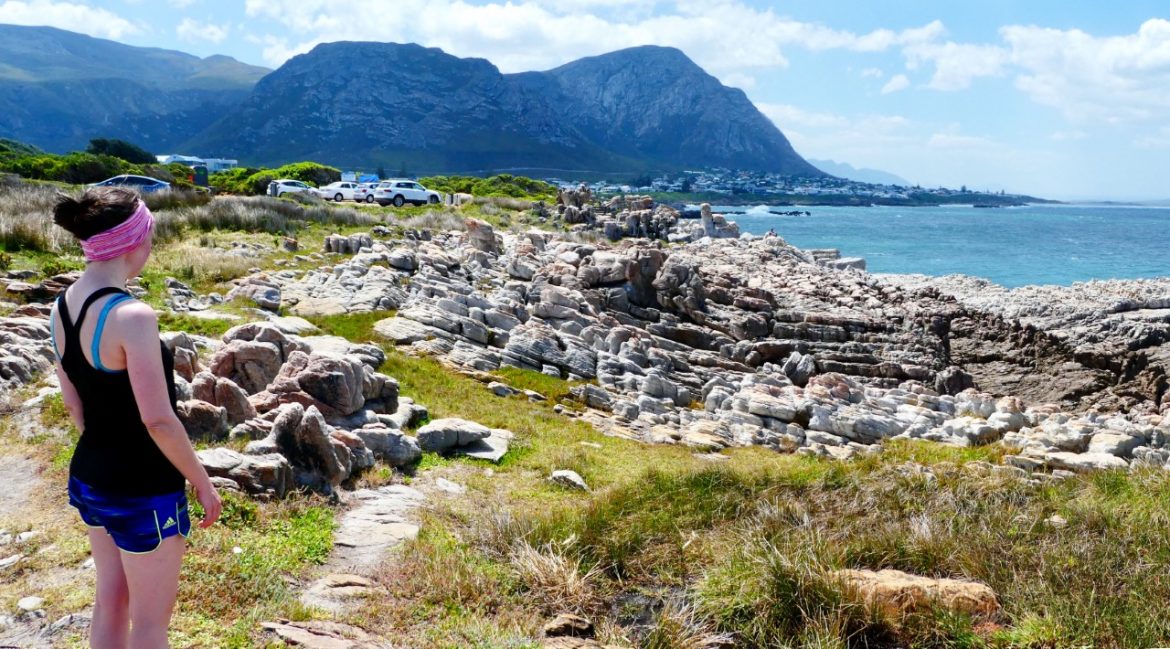 The path twists and turns, is gently undulating and hugs the coastline tightly along the way, passing hidden coves and scenic lookouts, the ocean on our right and the backdrop of mountains behind the town on our left. There are viewpoints along the way where you can stop and sit to observe the whales. And what a performance they put on! As they were preparing for migration within a few weeks, the whales calves were being taught to exercise in preparation for the journey, hence lots of jumping out of the water, tail flips, barrel rolling and spouting water from their blowholes. We had lots of little breaks along the way, mesmerised by the ocean activities.

We reached Grotto beach at the end of the pathway, a long stretch of white sand as far as we the eye could see, stunning. There was a lagoon behind the dunes popular with kite surfers who were out in force as there was a strong breeze picking up ahead of the evening’s storm. I stopped to watch the kites for a bit, cruising and leaping and doing tricks out of the water, while Charlotte clocked another couple of km along the beach. We then turned around for the return. The breeze was a little stronger now and our legs were tired but we kept going, conscious that we were probably starting to burn a little simply because of how long we’d been out. We arrived back at the hotel hot, tired, salty from sweat, a little sunburned but exhilarated from the amazing run we’d just been on. I think we clocked about a half marathon distance in total and we’d been out for about 3.5 hours but who cares! The time and distance was totally irrelevant.

To top off the holiday we spent a few days in Cape Town at the end of the tour. The nearest parkrun to our accommodation was Green Point parkrun, however this had already been claimed by fellow TBH’ers Sara James and Rob Wishart. The temptation to claim another pin on the TBH Parkrun map was strong, so on the last morning of our trip we booked an Uber and headed to Rondebosch Common parkrun for an 8am start. The route is 2 flat laps of Rondebosch Common with the fantastic backdrop of Devils Peak, part of the Table Mountain range. The first half of the first lap was great, but turning the corner for the second half we discovered there was actually quite a strong southern breeze blowing that had helpfully pushed us along but was now in our face. However the views were enough to distract from any difficulty. On the second lap we were steadily overtaking the many walkers who take part in this parkrun, which was great because they acted as a windbreaker on the home straight! Passing the finish line of the first lap Charlotte was told ‘You’re the first lady!’ yet despite no other ladies passing her on the second lap, finished in second place overall when the results were published later. On checking them though, the first lady finisher, a V50-55 on only her second ever parkrun, and with a previous time of 44 minutes managed to finish in 18 minutes this day! Suspicious, particularly as Charlotte had spotted people joining the run midway through the first lap. We sent a polite email to the organisers thanking them for a well organised event and gently pointed out the discrepancy. The results were later amended and Charlotte was now first lady finisher! A pin on the TBH parkrun map claimed by both of us and first finisher for Charlotte, the perfect end to a fantastic holiday.

Permanent link to this article: https://www.tynebridgeharriers.com/2018/12/30/run-report-good-times-in-south-africa/