TBH Member of the Month: October 2018 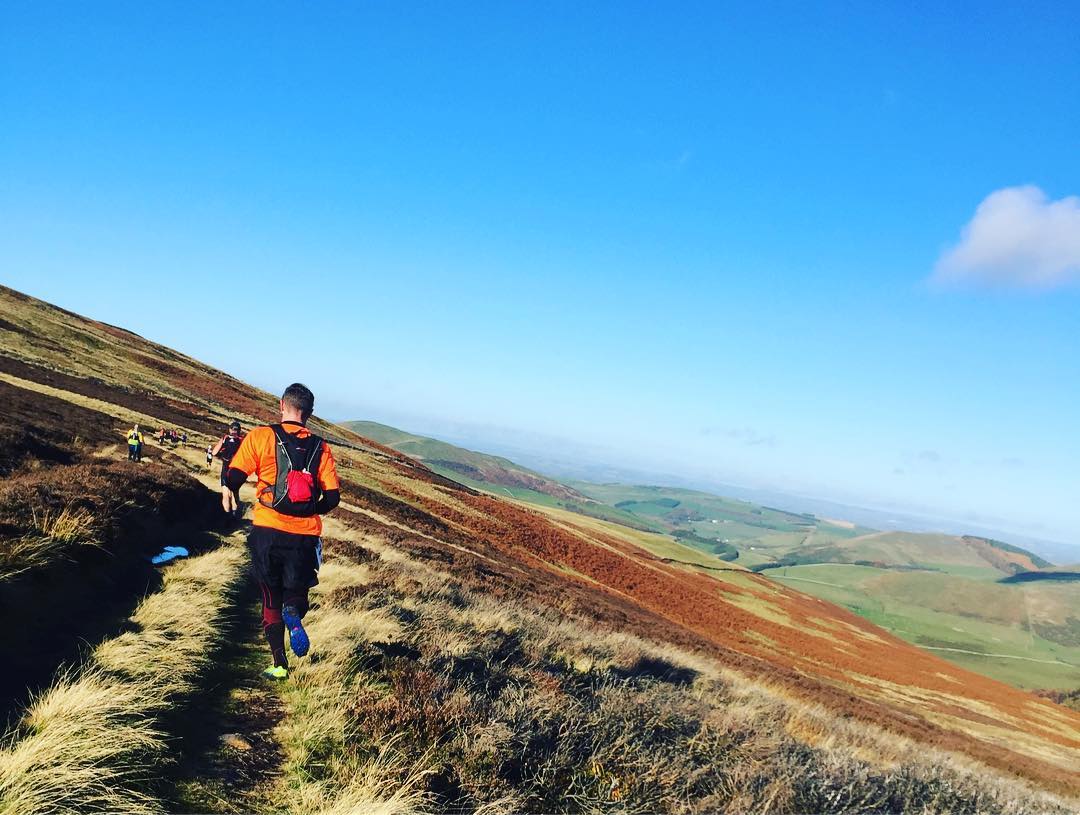 A short time after completing the Chevy Chase race in July I was asked whether I’d like to do the Trail Outlaws Wooler Trail Half Marathon, and as the Chevy was so much fun (honestly, 20 mile fell races can be fun) I jumped at the chance.

The thing is, the Chevy took place during this summer’s heatwave, when conditions were ideal for running and the biggest conundrum facing competitors on the day was how much sun-cream to apply prior to the race. The Wooler HM on the other hand was on a cool, breezy day, and sun protection was the last thing on people’s minds.

The dilemma facing most runners was whether to wear one base-layer or two. 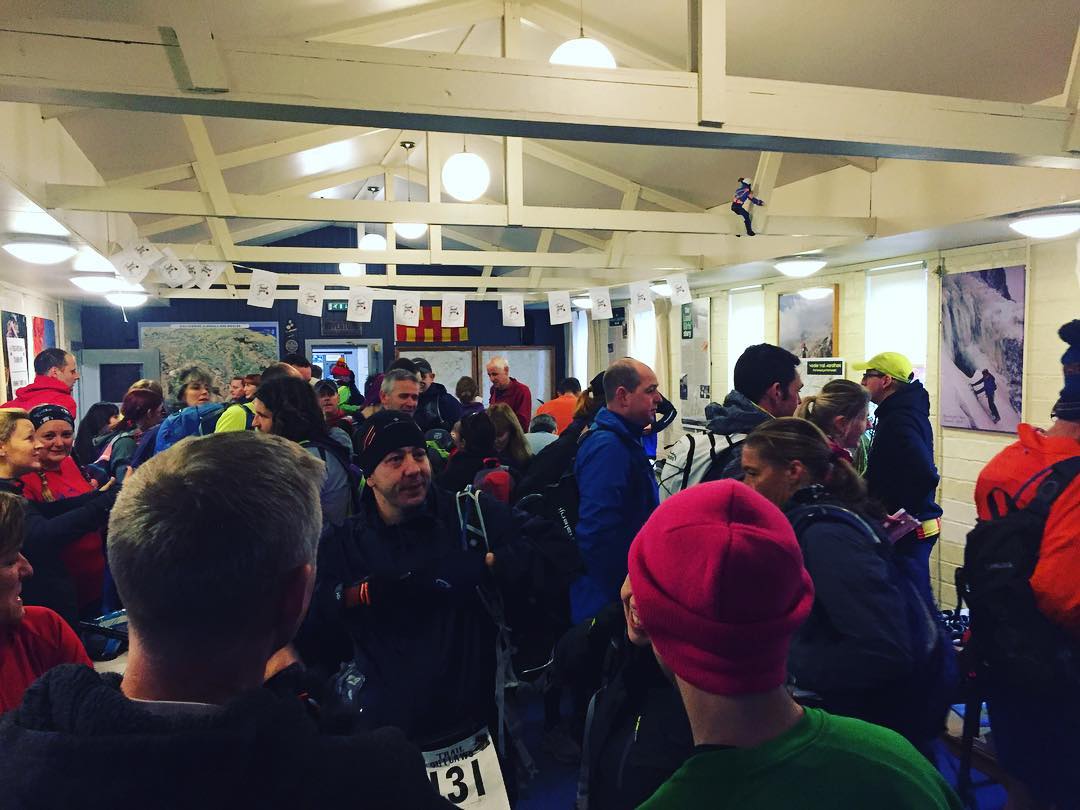 Winter warmers was order of the day!

Representing TBH were Cat Eaton and myself, and as neither of us had done this race before we came up with the rather ingenious plan of; if we didn’t know where we were going, we would follow the runner in front. However, a flaw in our strategy was soon revealed as it turned out around 99% of the field were also doing the event for the first time. Oh well, at least it was a pleasant day and we were seemingly carrying enough supplies in our kit-bags to last a week should we end up roaming endlessly around the moors. 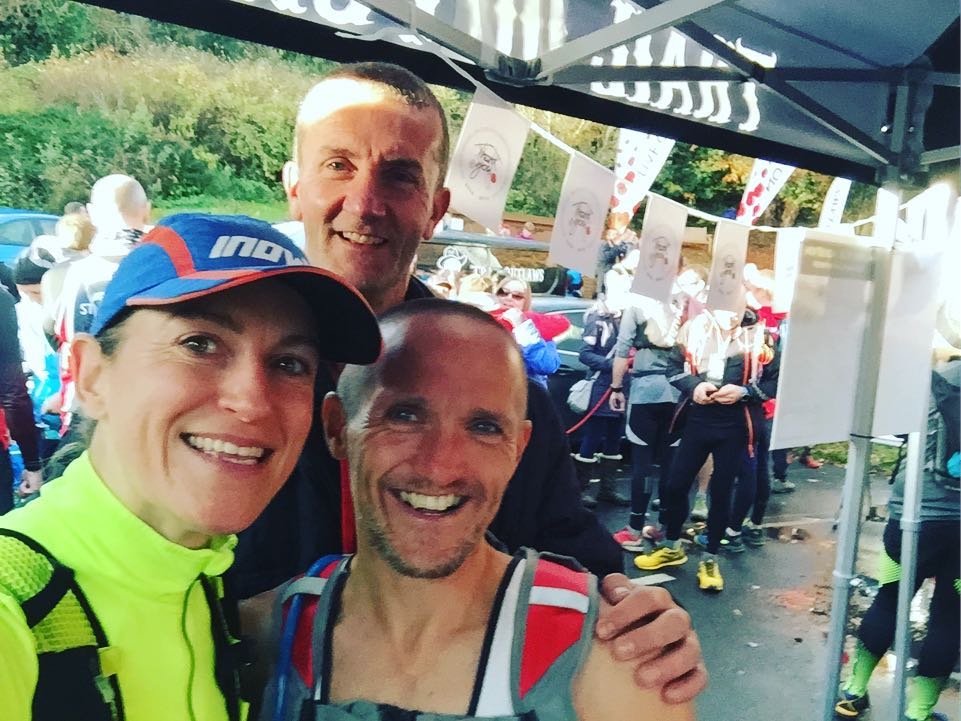 But as it transpired, we shouldn’t have worried at all. The entire 14 mile looped course, starting and finishing in Wooler, was marked out with little yellow flags and the first four miles more or less followed the same route as the Chevy Chase race; along trail paths, up and down grass embankments and over several gates and stiles. The course then headed north and across an undulating section beset with peatbogs and concealed ditches. My goal of remaining clean and dry disappeared down the first bog I stumbled upon. 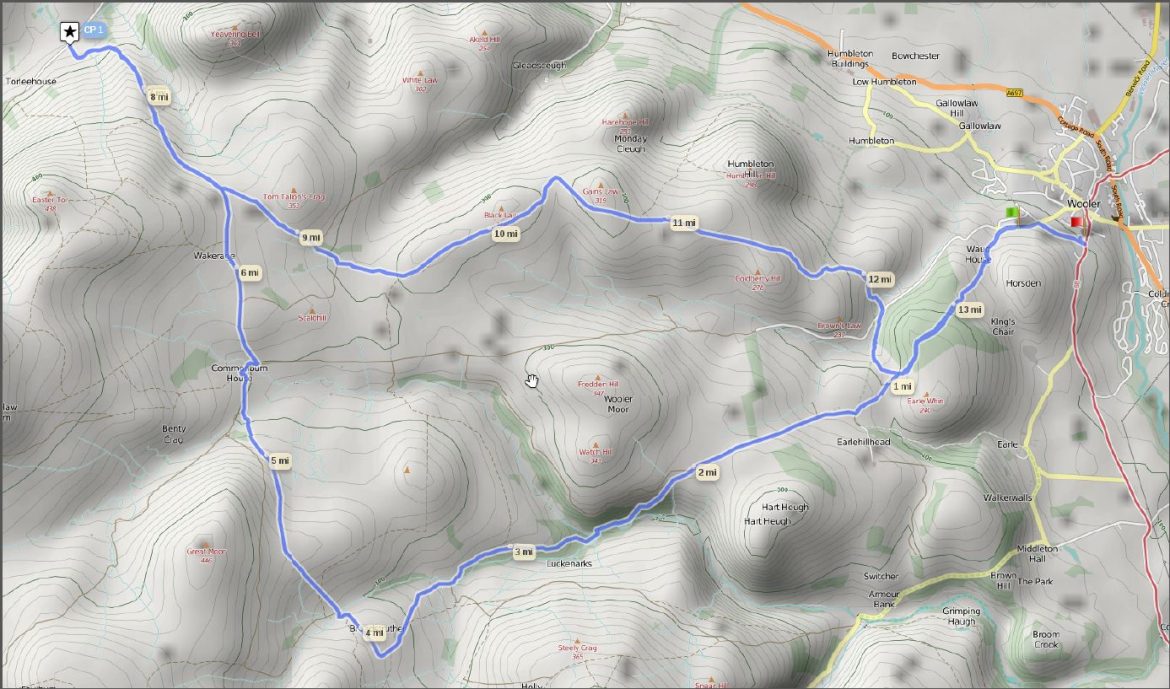 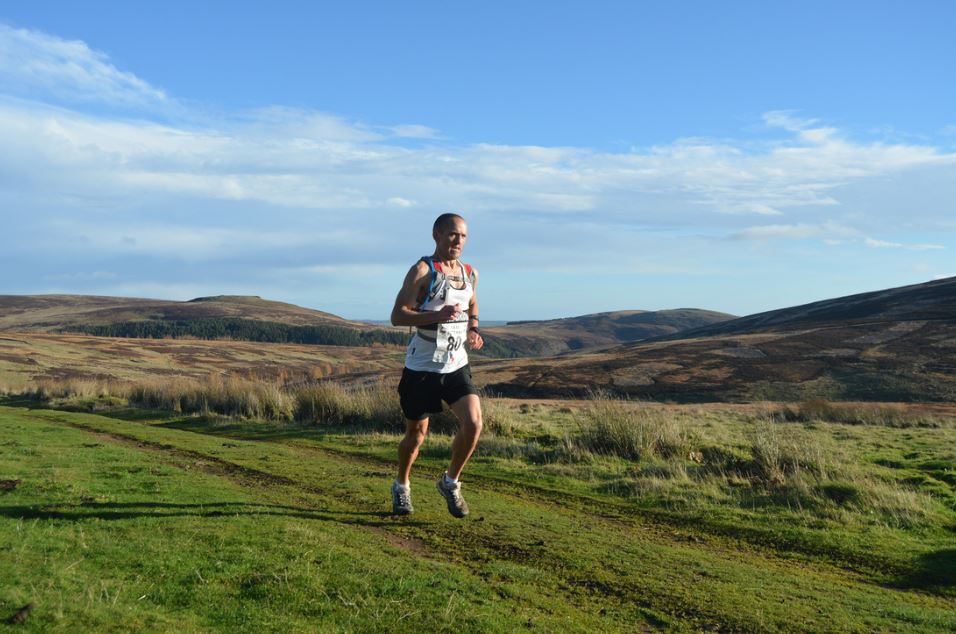 DD didn’t get the message about wearing Winter Gear

Having successfully (ahem!) navigated the boggy section, the next challenge presented to the runners was a half-mile long, steep slippery grass descent to the half-way checkpoint of the race, which was also doubling up as a feed station. After getting their race number scanned (and a handful of Haribo sweets), competitors were faced with a choice; to run or not to run back up the hill. 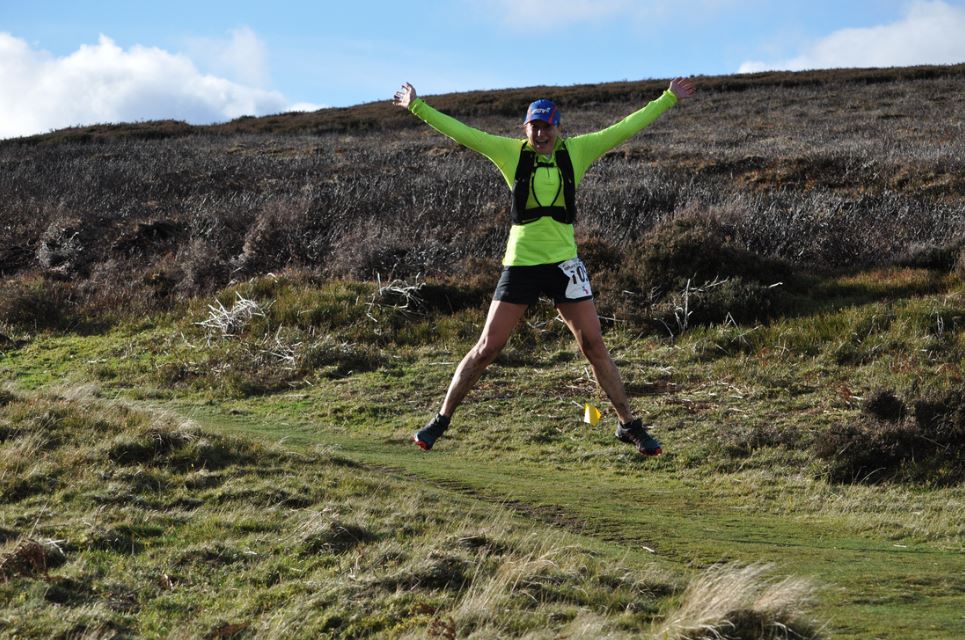 After what seemed like hours and hours of walking (but was probably 10 minutes tops), I reached the summit and from there on in everything else appeared trivial after the hill climb. The route back to Wooler followed the Saint Cuthbert’s Way trail path, and having passed a few other runners in the final three miles I eventually finished in the Top 10. 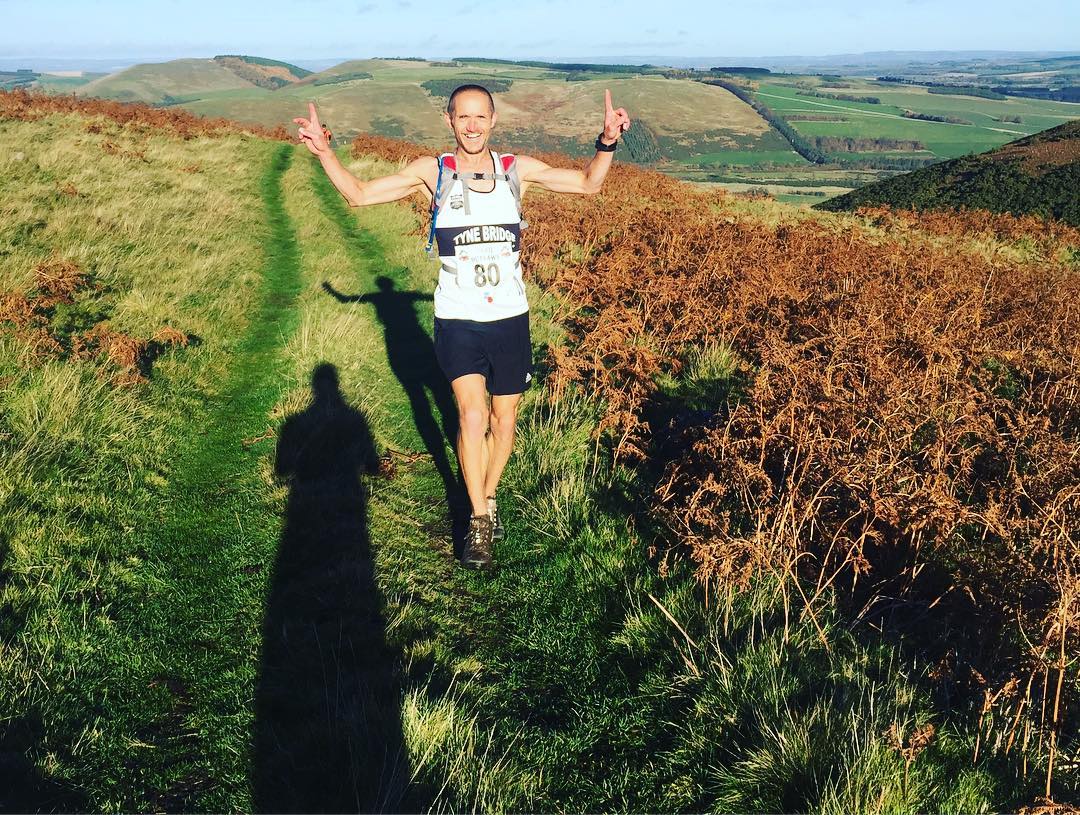 DD practising his winning pose (if only!)

It may not have been as much fun as the Chevy Chase race – and I certainly didn’t get a tan this time out – but the Wooler HM has an appeal of its own and is definitely worth considering in the future. The pre-race organisation was spot-on, the course well marked out, there were plenty of supportive marshals along the way and finishers were awarded with a massive medal (bigger is better after-all), a buff and a quality t-shirt. 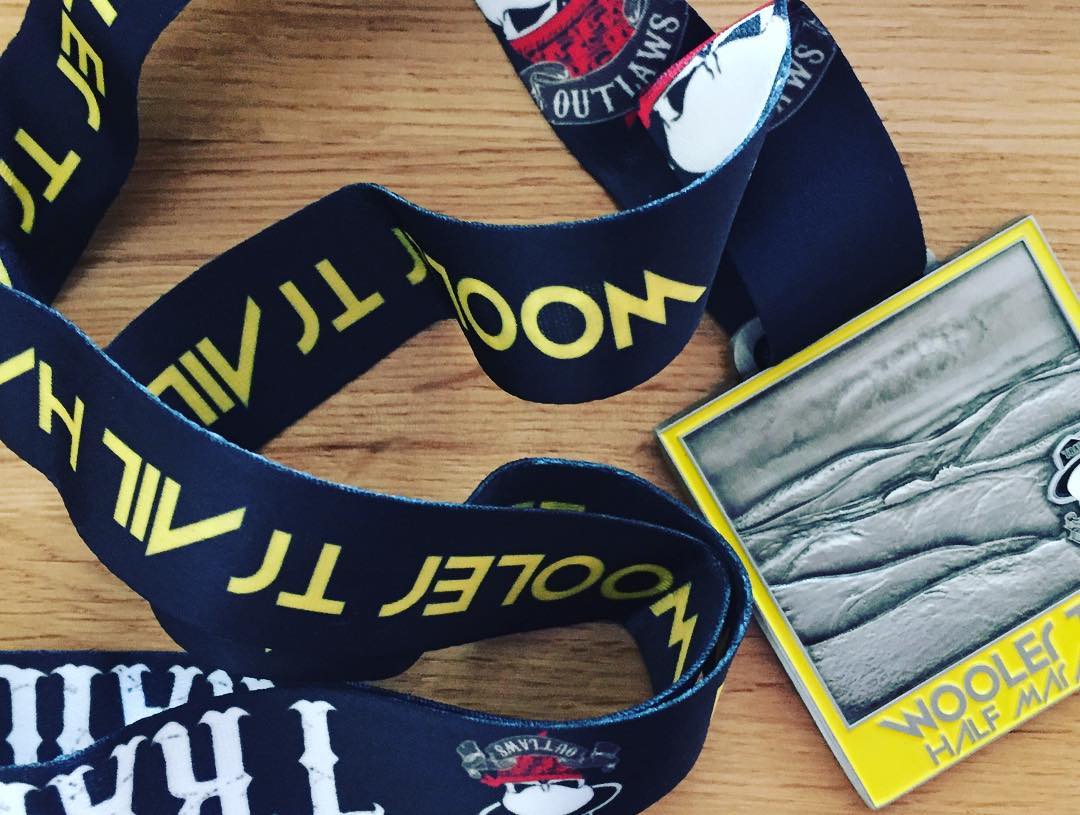 And if you’d like to experience ‘that’ hill climb yourself, there is an 8 mile trail race taking place next month (Hethpool to Wooler, Sunday, December 16th) that takes in the very same hill.

To run or not to run. That is the question.

Thanks to Cat for the great company and the report photographs

Permanent link to this article: https://www.tynebridgeharriers.com/2018/11/15/race-report-wooler-trail-half-marathon-2018/