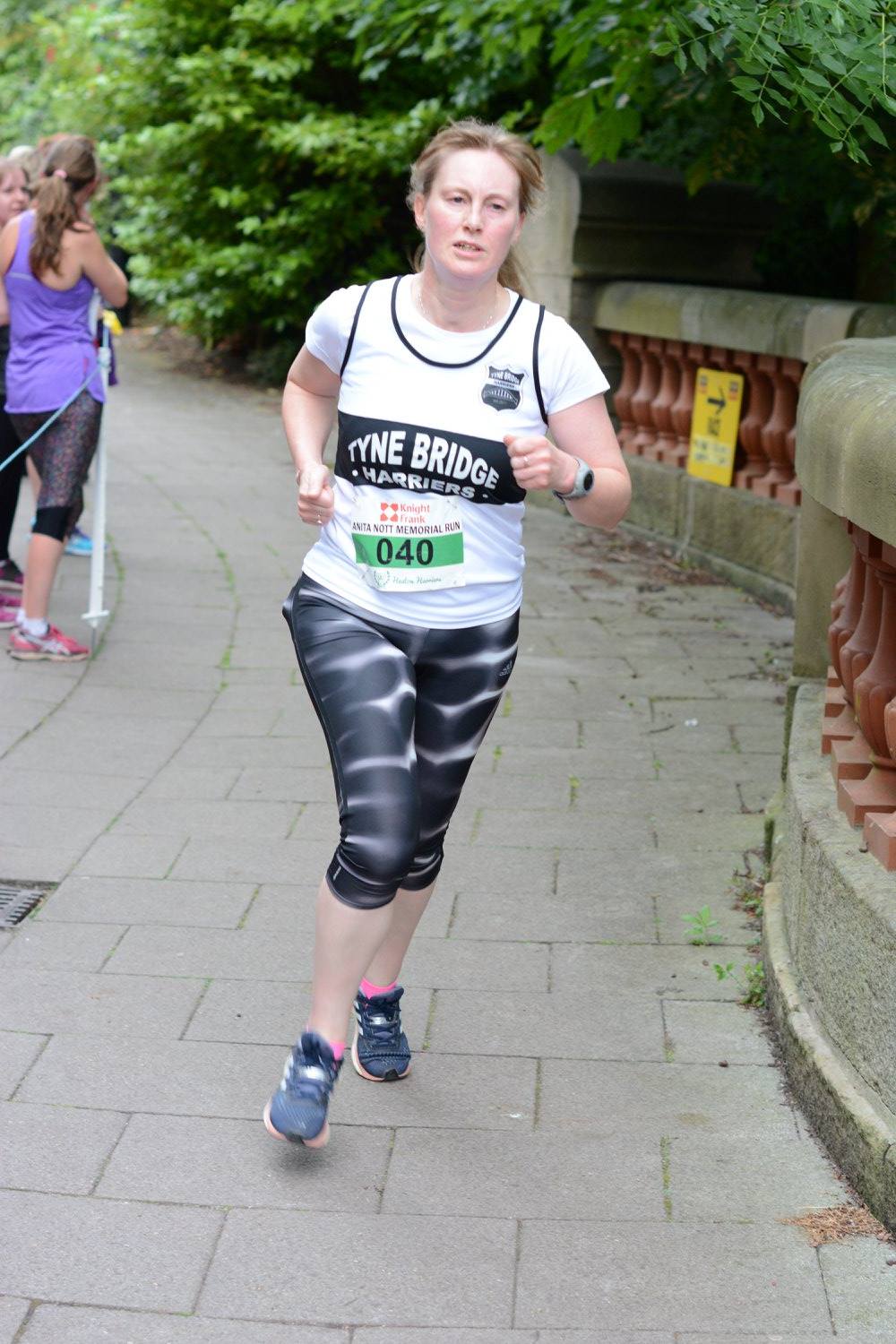 A Race To Remember

Deciding that I wanted to push myself and attempt another 10k run and having from an early age respected Remembrance Sunday/Poppy Day and later the Armistice Day and the traditional silence; the following seemed to be a good option to take.

I signed up for Heaton Harriers Memorial 10k Race which takes place on Newcastle’s Town Moor and I combined this with a  Race The Distance Virtual Running Armistice Day 2017 Poppy Race which is a 44 minute run to signify the 11th minute of the 11th hour on the 11th day of the 11th month.

A bit of background for those who don’t know the Memorial Races;  It is a race  which has been run since 1920 and is to commemorate the sacrifices made in the 1914-1918 World War. There is a one minute’s silence at 11:00 which is an important and integral part of the tradition of the race. There is also Junior Races where the competitors have their own one minute silence.

The day of this years race, Remembrance Sunday 12th November dawned, as a bright and very cold day with a brisk wind.

Long tights and long sleeved top opted for I set off to collect my race number from the race HQ which was in the Royal Grammar School. I had a vague idea where I was headed and on my walk through town I passed many civilians as well as past and present armed forces personnel who would be taking part in the parade and services in town.

Race number and timing chip collected I fixed my number to my club vest and pinned on my poppy. Having never used a timing chip on my shoe I was kindly helped out by Phil (Scott) who did the honours, wrapping it securely round one of my trainer tags that many of you know I wear on my shoes in remembrance of my Dad, my reason I run.
I helped a young girl who was having more trouble than I usually have with pinning the race number to her top. She told me it was her first ever race and she was looking forward to it. I give her a spare poppy I had as she realised that she’d forgotten to bring hers. We also commissioned Phil’s help with her timing chip! 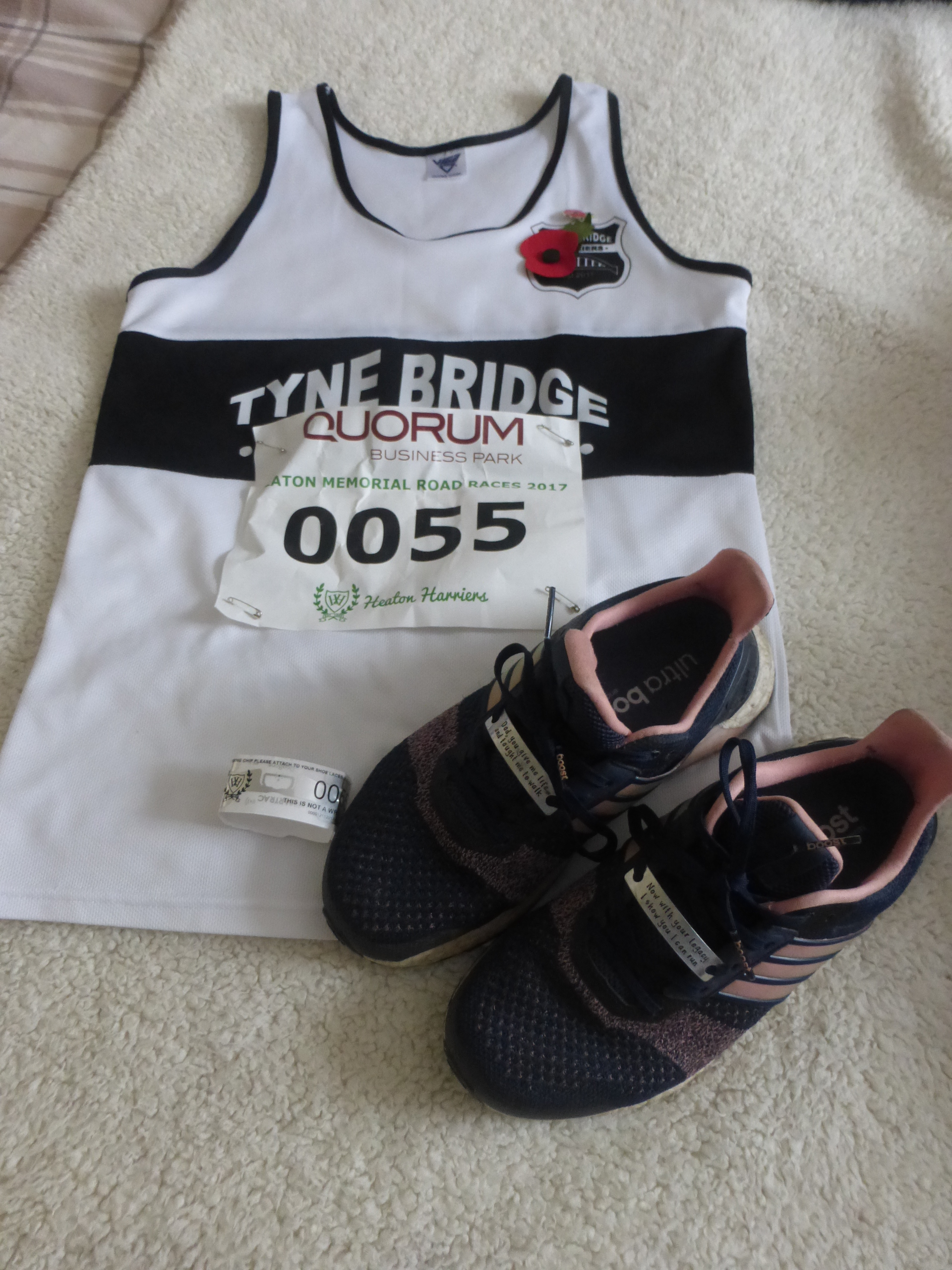 Shoes and vest all ready

With time passing quite quickly I headed towards the race start with other members from TBH and meeting up with more at the start. I didn’t want to set off too fast and the race is chip timed so I made my way to the back of the crowd having ditched my warm cosy jumper at the last minute. Lively chatter (of both voices and teeth with the cold!!) were silenced by the sound of a whistle to signal the start of the minutes silence. A whistle I thought later was quite poignant as many after hearing the sound of a whistle were sent over the top of the trenches to face their fate.

We all stood, our heads bowed in remembrance of those who paid the ultimate sacrifice before a second whistle sounded and a round of applause marked the end of the silence and the ranks began to move forward. We were off on our 10k journey.

The course followed that of the parkrun with a little out and back section added in. I kept my pace steady and found myself running alongside a lady who introduced herself as Ros Steven a member of group 5. We plodded along as we both said we were there to complete and enjoy the race which is what us slower paced runners do. Behind us were a couple of ladies, one of who was saying excitedly that she couldn’t believe she was actually running in a 10k and how she couldn’t wait to tell her Mum that she’d done it (her Mum said she’d she would never do it) They later overtook us on the first out and back section which allowed us to shout over that she was doing a 10k! It was after this section that I started to pull away slightly from Ros, but knowing that I would be taking a walking break I felt sure that we would still meet up again. The wind now pushing on my back calmed me into a steady comfortable pace along with the thought that those who inspire me to run were tucked in my pocket and kept me going until the drinks station and water in a cup forced me to take a brief walking break – my excuse and sticking to it!! The next section was on a slight incline and into the wind which I struggled with and met up with a Blaydon runner having the same problem so we joined forces and that got us setting off again encouraging each other well into the second lap, past the 5k mark joking about the times after parkrun we’ve said “Oh I could do another one now” … Well we were doing the equivalent now!! Grandstand Road saw my Blaydon buddy’s pace slowly move ahead of me and by the time I turned back through the gate on to the moor she had a fair lead. The gravel surface crunching beneath my feet was now starting to pull on my hip and leg so another little walk and a quick puff of my inhaler and off again I went. 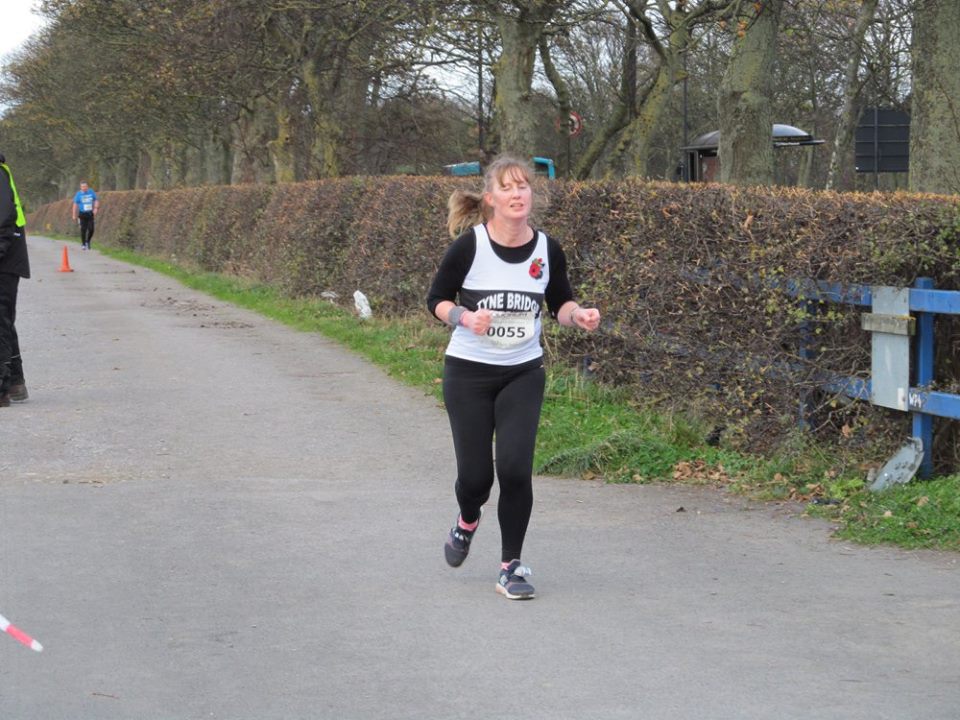 Coming round to the ‘out and back’ section I saw that I had placed a distance between myself and Ros but it did mean we could Hi Five as we passed each other. Round to the water station again and this time a quick drink of orange juice was welcomed before once again fighting the gravel path into the wind incline. Glancing back I noticed that a runner dressed in blue shirt was starting to catch me up. I used this as my incentive to try to make it to the finish line before him… my Blaydon buddy now had a lead that I wasn’t going to catch.

A left turn and on to the tarmac path, through the gate and looking over to my left the finish line could be seen in the distance. Another quick walking break as my left hip/leg felt as though it had gained a few extra pounds in weight and was not feeling very comfortable with moving in a back and forward motion with no hip rotation for a while. It was at this time the lad in blue caught up with me telling me not to stop as he was using me as a pacer! He had a knee problem so was walk running as much as he could with the aim to run as much of the final part as possible. We continued on with him fast walking and me keeping pace with him in a slow jog.

Reaching the left turn at the crossroads and seeing the signposted Finish arrow helped me to keep going but well aware that lad in blue was now picking up his pace to a jog…. A glance behind to him and he called out ” go for it cos there’s no way I’m going in to finish before you, when you’ve held the lead between us all the way round”  That was just the words I needed to hear and I put my head up, focused on the finish line ahead and my feet picked up the pace…and picked it up again…and again…and that incredible feeling kicked in where you have now control over the autopilot that has just taken over and you just hope that it is going to last to the finish as everything becomes a blur. I could hear cheers and I finished what felt like a strong sprint – no doubt that will either be confirmed or corrected by those that were watching!!

Looking at the results I finished 19 seconds behind my Blaydon Buddy and managed to get an 8 second finish on the lad in blue, who I congratulated and thanked when he finished. Then cheered Ros as she crossed the finish line a short time later. She told me that she had tried her best to catch me but hadn’t been able to make up the gap.
Well pleased with my 10k and the demons I conquered from my last run on the moor. The support and encouragement from the marshals was fantastic… the ‘happy gate’ marshals that had everyone smile as they went through!

I may not be a fast runner but I run my own race and the runners ‘toward the back’ are of the most supportive kind.  This was a race in memory of all those who worked with their comrades in battles, supported and gave their lives for others. A memory I will keep with me of this race was the way the back of the pack runners supported and encouraged our comrades.