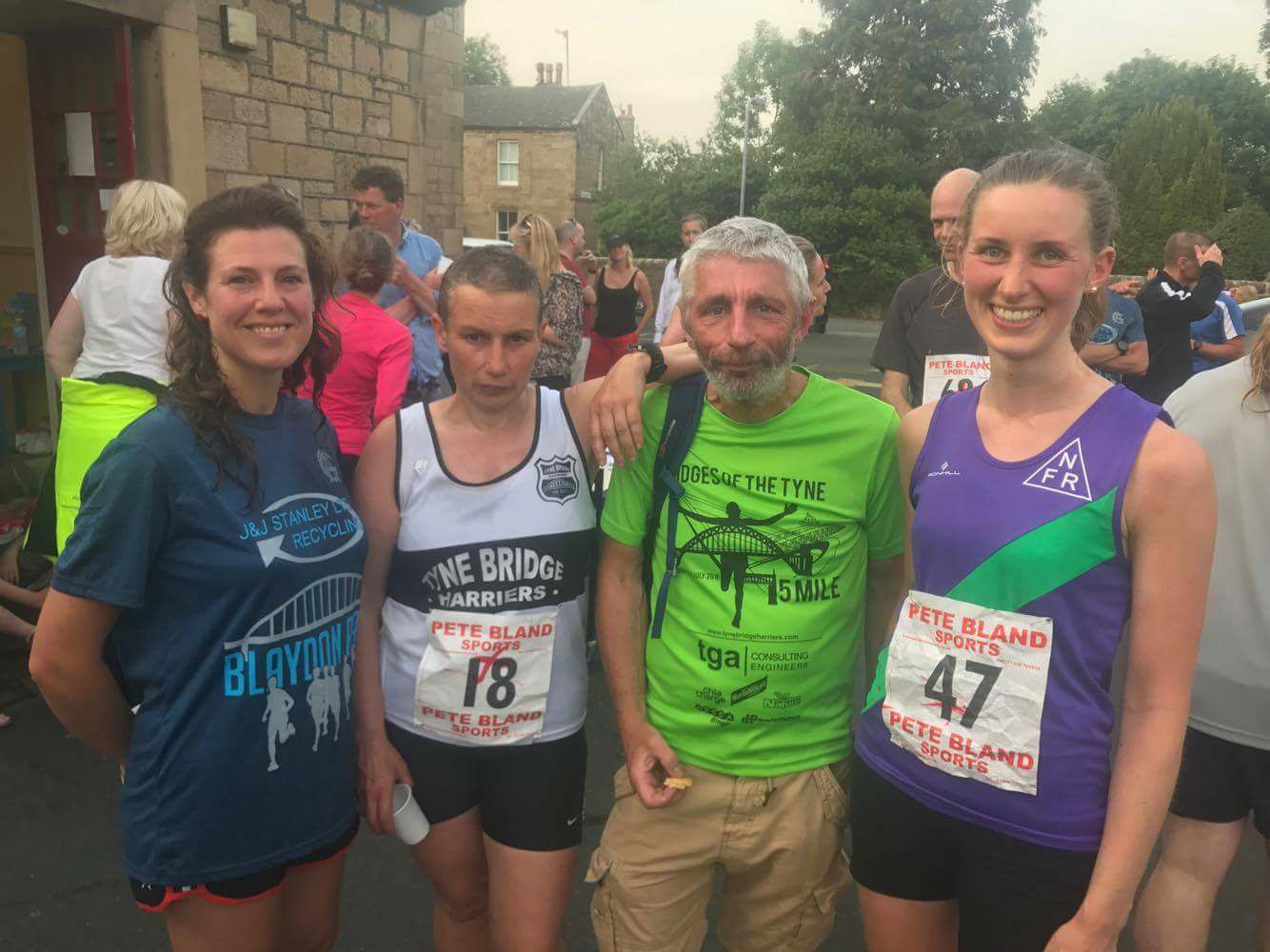 Please get in touch if you took part in a race or ran a Personal Best (PB) and would like it posted here. 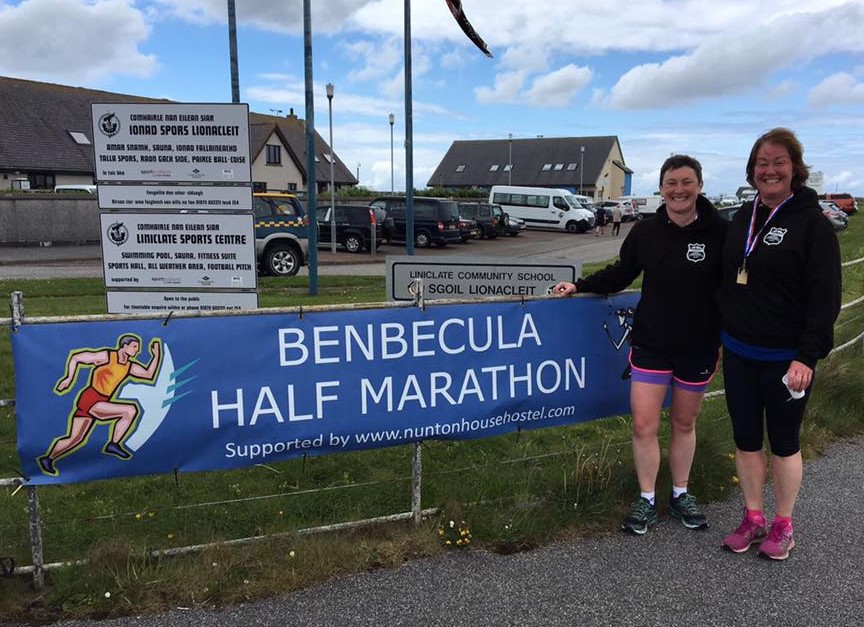 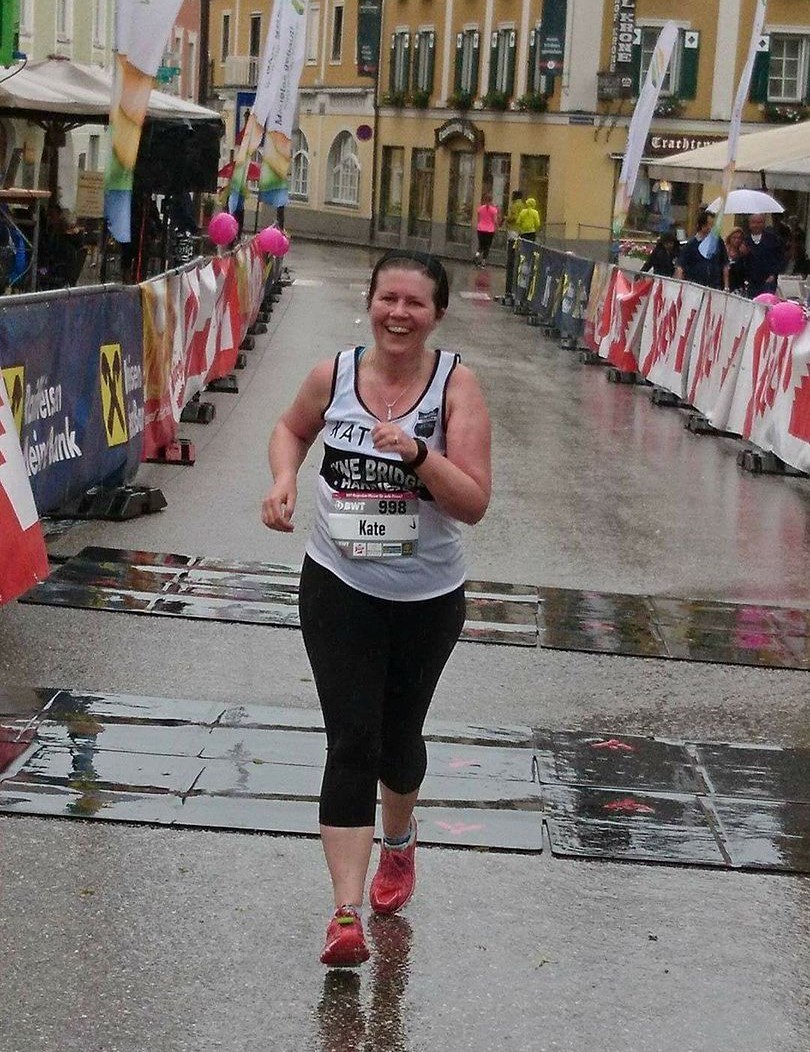 TBH @ Blaydon (Thanks to Rob Savage for the photograph) 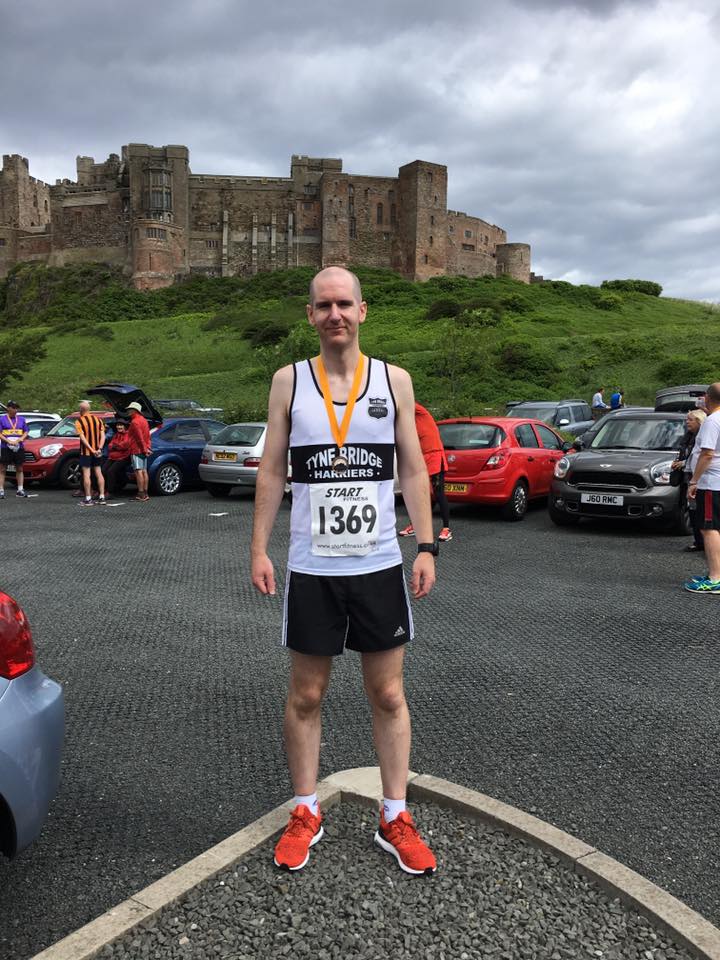 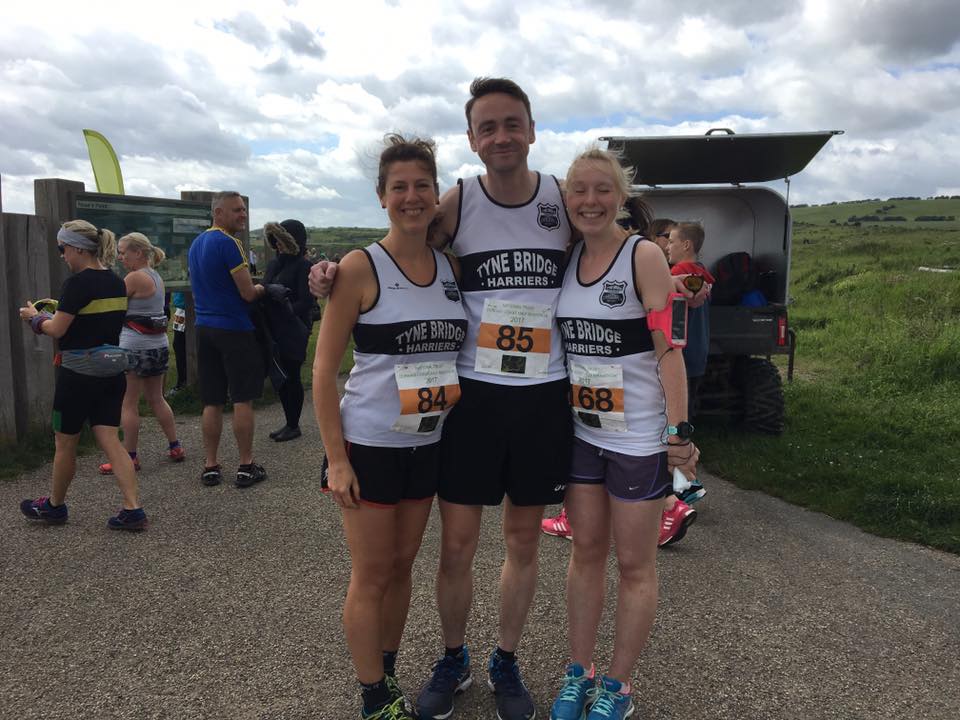 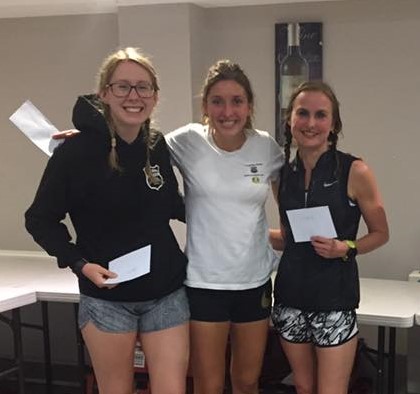 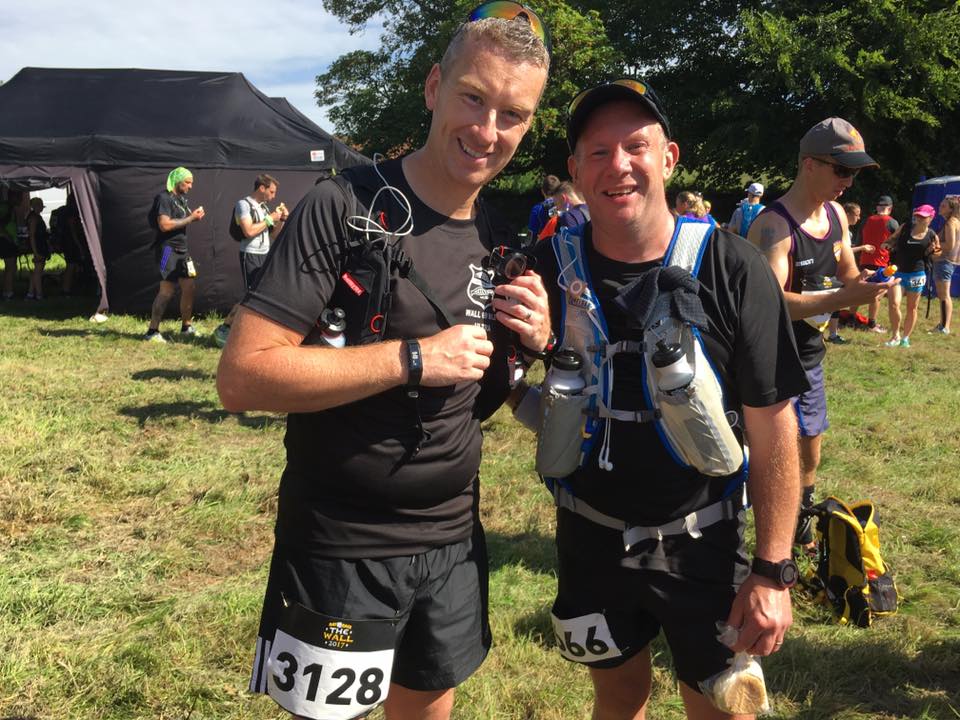 (Congratulations guys on a fabulous achievement; I’ve nothing but admiration for the pair of you – DD) 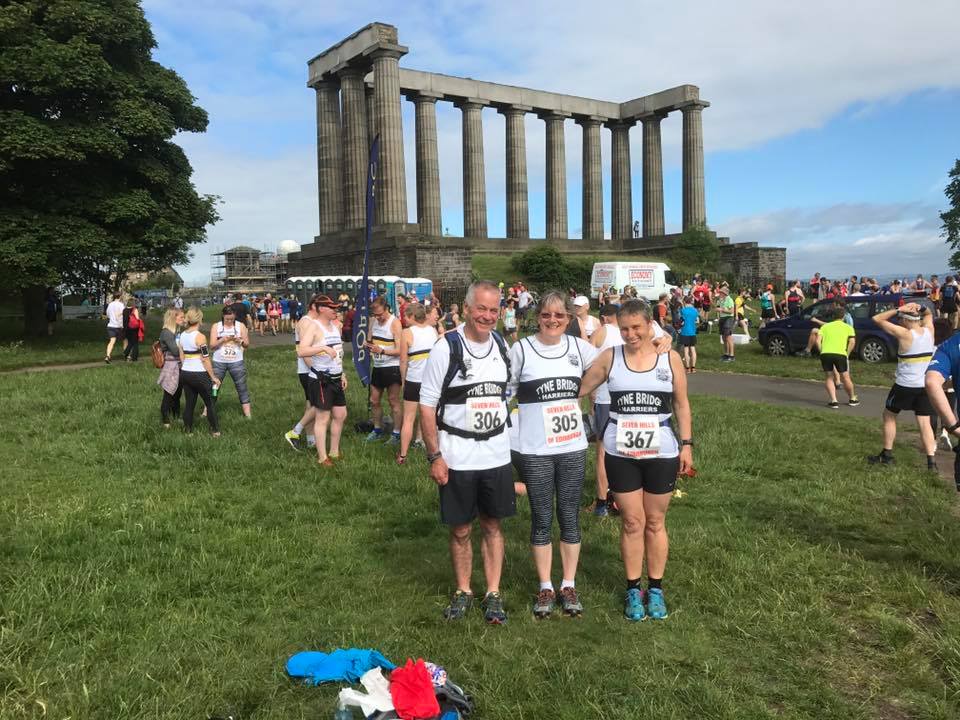 Sandy, Jessica & Vicki, on a hill 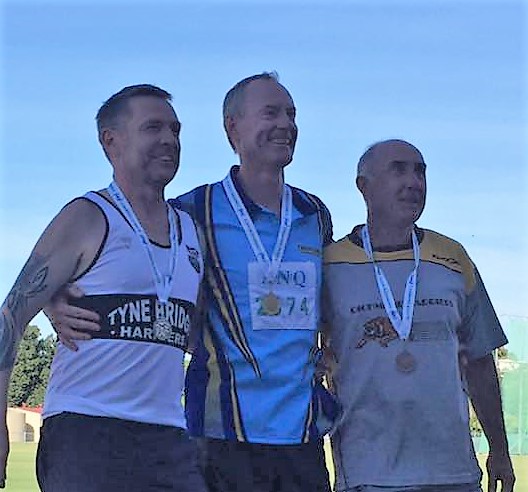 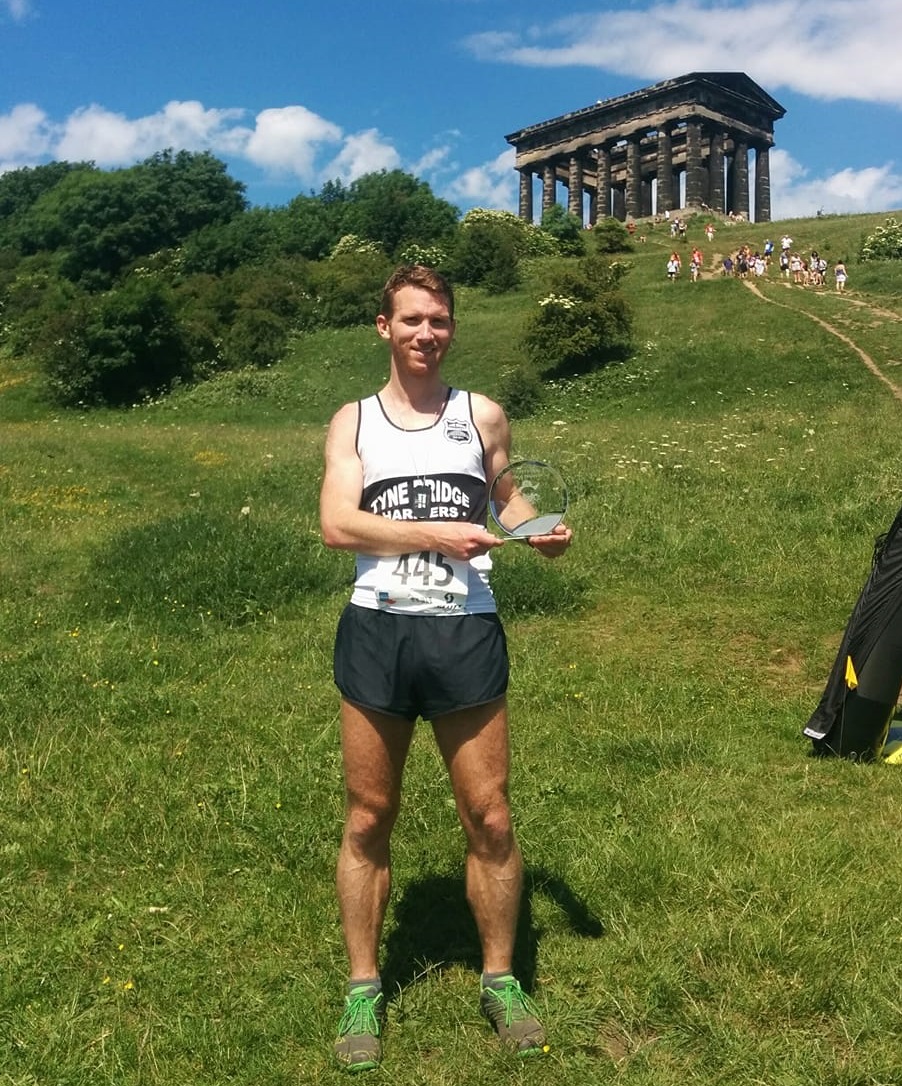 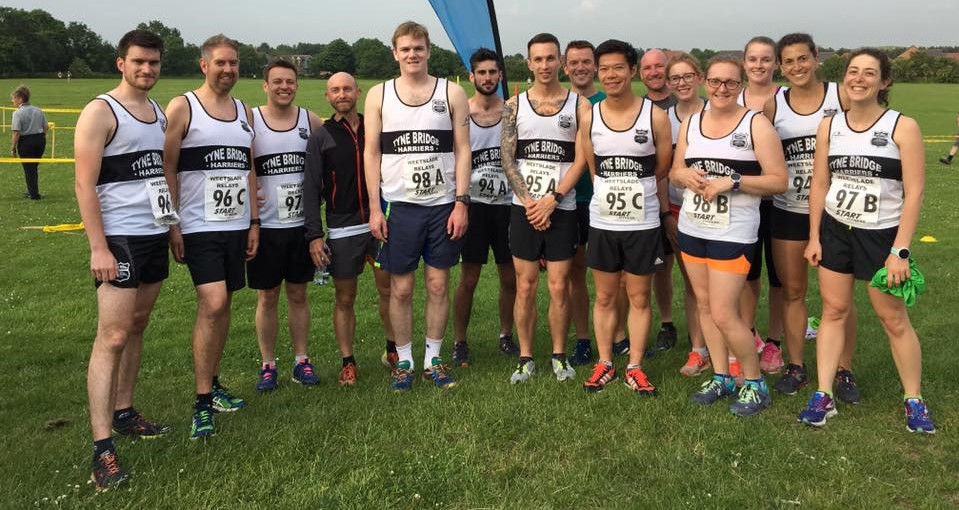 More action from the track this month saw Tony Carter and Sparrow Morley head to the track for the Stan Long Memorial Mile races:

Tony equalled his PB down to the 100th millisecond at Monkton Stadium! In an exciting photo finish for 4th place in the second race of the evening, he dipped for 4:51.0 on the line.

With Sparrow donning a new pair of Poundland sunglasses in a competitive field he reclaimed and lowered the TBH record by 4 seconds to 4:22.6, finishing 3rd.

Both athletes were pleased with their efforts, with Tony entering the 100m later in the evening and running 13.6 to once again equal his PB from the Whitley Bay fixture earlier this month! 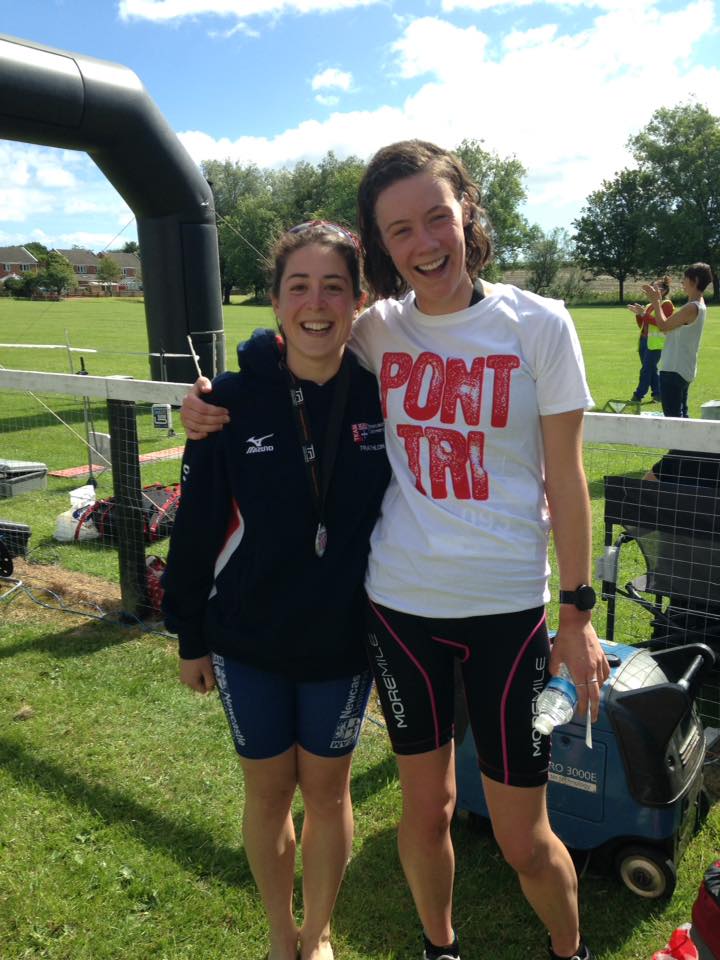 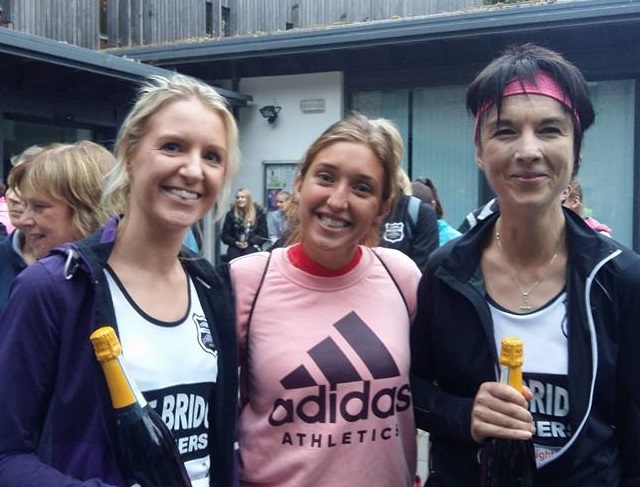