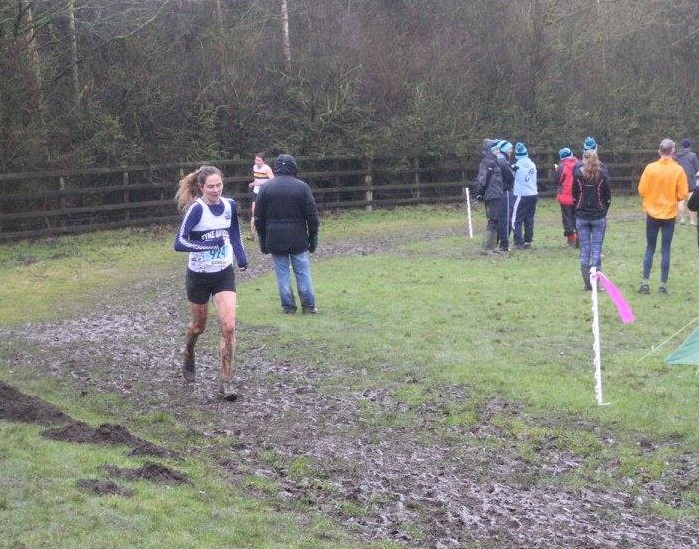 Alison Dargie reports from the recent mud-fest at Thornley Hall Farm and brings to light all that is good (and bad) about cross-country.

Arriving at a cross country there’s always that moment when I don’t want to get out of the car: that moment when I’m sitting there warm, cozy and comfortable with my feet dry and my limits comfortably unchallenged, when staying put seems infinitely preferable to stepping out into the freezing, sleeting mud-fest waiting outside.

And now that I often have one or both of my children with me, cross country can feel like a bit of a hard sell: I can’t tell them it won’t hurt because it will; I can’t even tell them that it’s all perfectly safe because unlike so much of the risk assessed fun offered to children, it probably isn’t. This isn’t like a computer game where you get your dopamine kicks by knowing your way round a console, or ride high on the leaderboard by being a bit handy with your thumbs – out here you have to earn your highs with mud, sweat and serious effort. After all, a million race t-shirts can’t be wrong: no guts, no glory.

“Paradoxically, sweetpea, (no point talking down to children) the pain and the danger are part of the fun. If it was easy, anyone could do it – but it’s tough and this is your chance to show yourself that you’re pretty damn tough too.” Just because the appeal of endurance running doesn’t make any sense doesn’t mean it’s not real – I’ll never understand the laws of physics but they keep the world turning just the same. (If you’re scientifically minded feel free to insert a more accurate analogy here).

And for all the filthy mud and even filthier weather, cross country is a very pure sport: there are no times or pbs, it’s just a race – a battle sometimes – against not just the course and the other competitors but also the voice in your head that wonders why you are here when you could be cozied up in the car. You can’t buy success with fancy kit either – it’s just you and whatever you’ve got in your legs, your lungs and your heart.

That said, stepping into the field at Thornley Hall Farm – abandon all hope of cleanliness all who enter here – I did think it might be one of those days where the only genuinely enjoyable bit would be the finish line.

Luckily the TBH juniors are made of sterner stuff. Gloriously unfazed by the sleet and slurry, they did themselves proud, staying positive, cheerful and committed despite the, ahem, challenging conditions. (‘Challenging’ in the sense that Genghis Khan may have been a ‘challenging’ yoga student.) Unlike her mother, Katherine didn’t once moan about the cold and seemed genuinely excited about the mud levels; she also showed real sportsmanship, stopping not once but twice to retrieve a fellow runners lost spikes from a bog. And while I’d like to think I’d have done the same…

The women’s race was delayed a few times, while DD et al ran around hastily re-routing the course to avoid a flooded section which had crossed the line from unpleasant to unacceptably hazardous, and after shuttling up and down to the tents and back a few times, everyone congregated in one chatty, shivering penguin-huddle next to the start line. The waiting is my least favourite part of any race, but I couldn’t have been in better company: as well as team TBH there were women I’ve run with for decades now, some of whom I can remember running against as they moved up from the juniors who now, like me, bring their own children to races. You have to be some kind of crazy person to hang around a wind-blasted hillside in essentially your underwear, patiently waiting to be allowed to run through some bogs and a couple of turnip fields, but this is my kind of crazy and my kind of person and I’m so very glad to have found my place in the north east running family.

Finally the starter’s whistle sounded, followed by a massive cheer as first the slow then the medium pack disappeared into the murk. A jittery, shivery four minutes later and we were off too. If you’ve made it this far (a feat of endurance in itself) and you’re thinking about running the final fixture at Alnwick, then believe me when I say that as soon as the gun goes, all the cold and the nerves magically disappear. Honestly, just like that you suddenly forget that you’re freezing and you can’t feel your feet and just concentrate on getting round the course as fast as you can. It’s maybe because I’m such a useless multi-tasker that I like running so much – for the length of the race you literally have one job: one foot in front of the other as fast as you can, repeat to exhaustion. 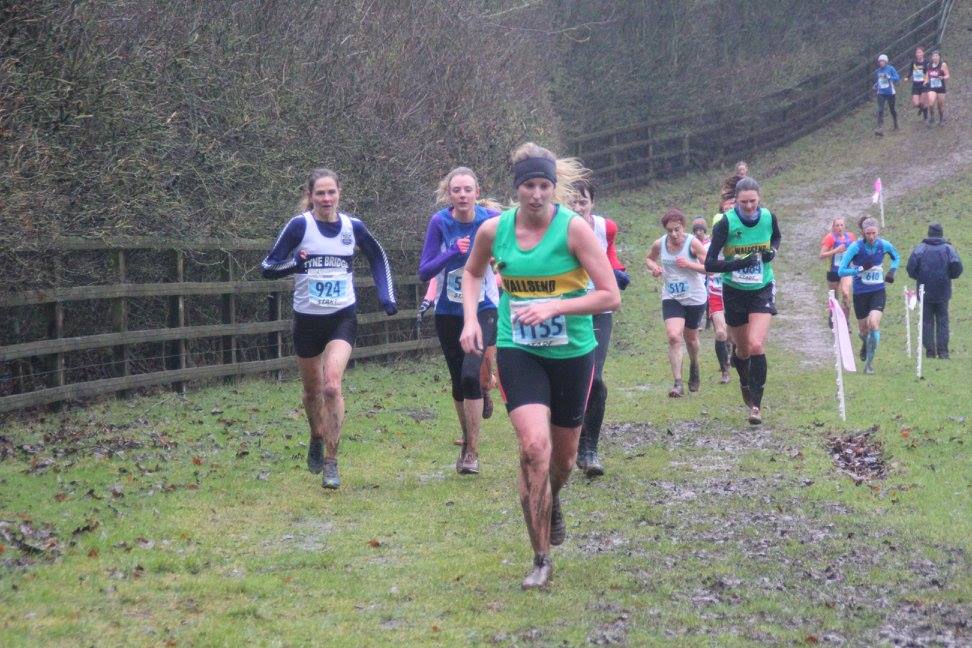 Alison (924) charging through the pack on Lap One

Thanks to a massive TBH turnout, the ladies finished in first place leaving us just one point behind North Shields Poly going into the final fixture at Alnwick, when hopefully the sun will shine and the Hogwarts setting will magic up a fairytale ending for the season.

Permanent link to this article: https://www.tynebridgeharriers.com/2017/02/21/nehl-thornley-hall-farm-race-report/