I’d never run a cross country at a safari park before and was picturing something like that bit in the Hunger Games where they throw the mutant wolves into the mix for a giggle. Except with more mud. Of course it wasn’t like that at all. It was worse. Well, the actual race was worse – as a day out it was awesome: as fantastically friendly, fun and faith-in-the-running-community-boosting as only a nine hour round trip to slog through buckets of mud en route to a personal worst performance can be.

It started harmlessly enough with a fairly civilised 9am start from the pool and there was an early win when it was confirmed that James Dunce had made it out of bed on time and was on the metro and Sophie Marr was minutes away picking up an emergency cup of tea in Byker athlete’s village (McDonalds). We were off – with two complete teams actually making it onto the bus. As Becky Let’s-Dream-Big Parkin pointed out, all we had to do now was get round.

On board, I had a sudden flash of packing-envy as Becky set up a sleep cocoon with her Harry Potter themed blanket and I realised that James had once again packed his kit in the ultimate cross country luxury item: the bucket. Finn Brodie, whose ambitions clearly extended well past getting round, was already unpacking his laptop and setting up a strava zone in the back seats. To be fair, if I’d been going to blast through seven miles of mud (and apparently a load of ‘segments?’) at the speed most people knock out 400m reps I’d have packed a big screen and projector as well and set up viewings.

Arriving at the Safari Park, our first challenge was dragging Sophie away from the sea lion enclosure – almost as worrying as the time I was in a relay team with Louise Rodgers and the course went past a field of ponies. The proximity to wild animals also added as certain frisson to nipping over the fence for a cross country wee. 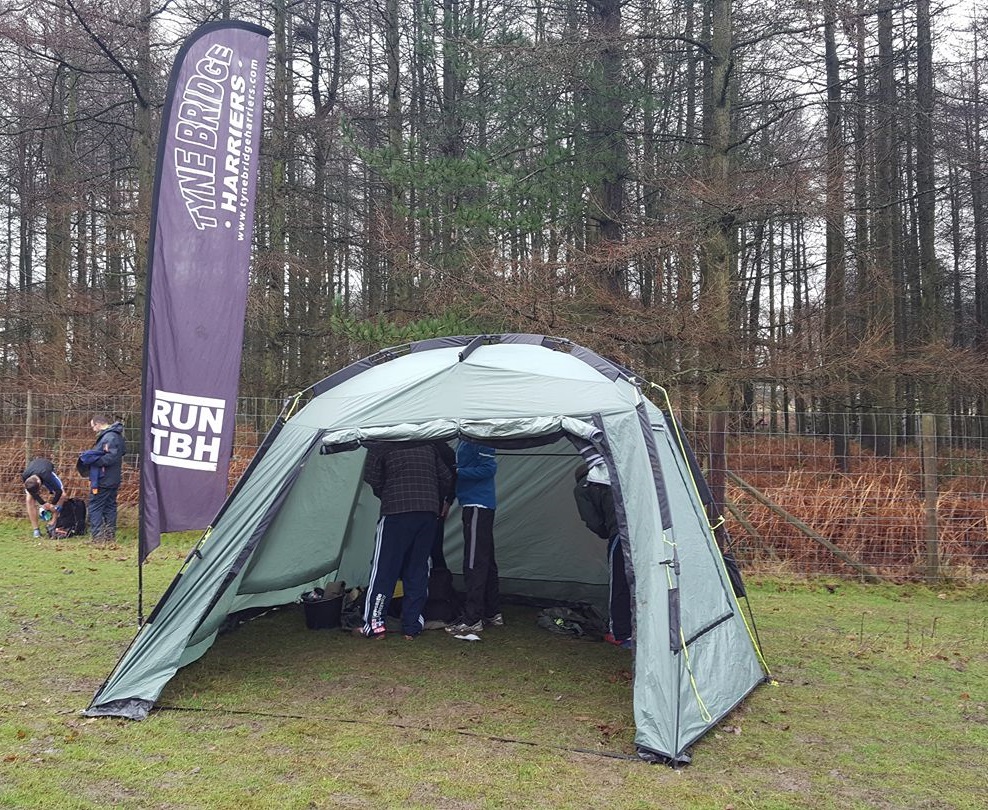 Now for the running bit. This didn’t go well for me and I apologise now if I have let my personal disappointment colour my description of what may well be a fantastic course but felt like a soul-destroying, feature-less five mile mud trudge. On the start line we got straight down to psyching out the opposition and bigging ourselves up using tactics ranging from the no holds barred positivity of: ‘I’m rubbish in the mud’ and ‘I just want this to be over’, to the more existential ‘what are we even doing here? Are men’s start lines the same?

Lining up with runners from across the North in a rainbow of unfamiliar club colours always brings home the fact that this is a big deal event and as we sprinted off I felt excited to be a part of it. It was all downhill from there. Specifically, it was downhill through ankle deep mud. I briefly caught sight of some women I’d hoped to stick with as one by one they glided past me. There was a brief moment of excitement at about two miles when I thought I spotted a blade of grass signalling firmer ground but it must have been some sort of mud-desert mirage. There was no let up from the mud at any point. Sometimes, though, it’s just about getting through it. Which, eventually, I did. Sophie and Becky crossed the line next in quick succession, followed by Lysanne Jurriansen. We did it! We had closed a team at the Northern’s and in very respectable 15th place. 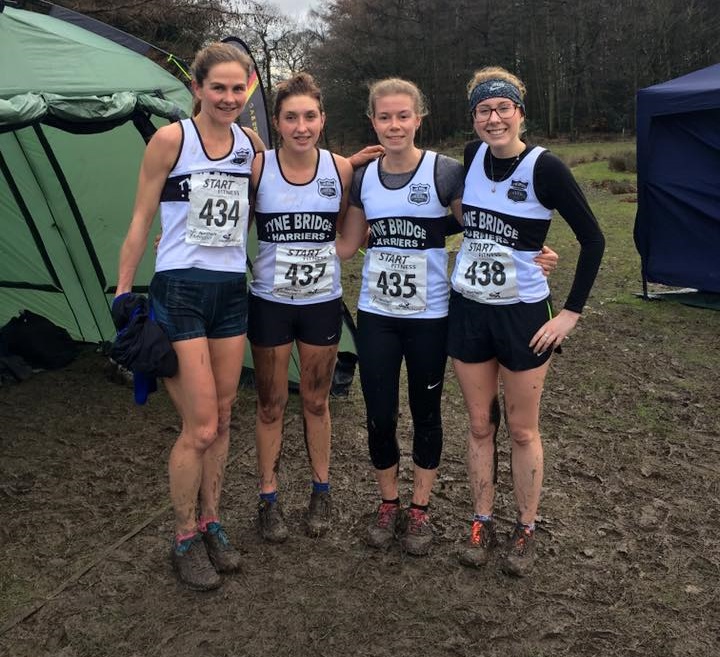 Next up were the men who lucked out with a bonus extra lap. The flying Finn made an excellent start and after the first lap was very much at the sharp end of the race, going on to finish in an impressive 42 place. Next home was James the bucket Dunce, followed by Tom Charlton, Paul Turnbull, Doug Tickner and captain Alasdair Blain, who treated our shouts to sprint for the finish line with the contempt they deserved. Another complete team and another 15th place finish. Without the outdoor origami skills of Dave Moir, getting the mud marinaded tent back into the bag was a bit of a challenge but eventually we managed – in what we agreed was probably team performance of the day.

All in all, a nice little TBH road trip.

Permanent link to this article: https://www.tynebridgeharriers.com/2017/02/01/2017-northern-cross-country-championships-race-report/