The road to Rothbury.

Ok, so it doesn’t quite have the same ring to it as “the road to Rio” but I’m not an elite athlete, just someone who had a few too many drinks and persuaded her friend Katie to enter a half marathon (I did check and we are still friends). Rothbury is where I grew up and I love going back there to visit so when I saw Run Nation were staging the very first Coquet half marathon this year, starting and finishing in the middle of Rothbury, I signed up straight away before they had even released the route details. Then I remembered the hills, all the beautiful scenic lovely hills. 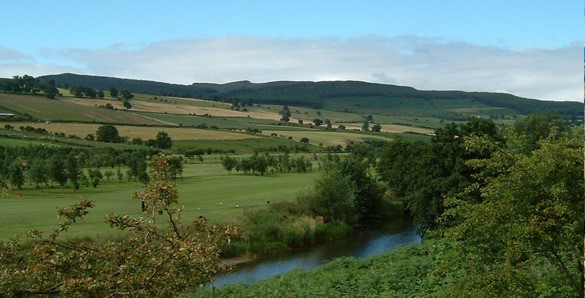 Training plan printed and pinned up on the wall, full of optimism, aiming for the ever elusive sub 2 half. Unfortunately, training didn’t quite go to plan – life got in the way – but me and Katie did manage to get some training in together along with some TBH sessions.

Reality kicks in and the target changes from sub 2 to actually getting over the finish line in one piece. Less than half of the training sessions have been crossed off the list.

I drove up the night before and decided checking out the route would be a good idea. On a sunny summers evening 13.1 miles in a car through beautiful countryside and rolling hills was a delight. Running it would be a different matter; you know a hill is steep when it requires second gear. I’m still not sure if knowing exactly what was coming was a good thing or not.

We were lucky with the weather, sunny but not too hot and the wind was with us for the second half of the race. Almost 100 runners gathered at the start, including many familiar faces from my school days and for the first time ever I didn’t see anyone else line up in a TBH vest!

The website described the first half of the race as “following the Coquet to Hepple along on the north side along a quite flat route” and the second half “returning on the south side through Bickerton and Tossen on a more hilly route”. Their definition of flat is very very different to mine but despite this first half went well and was quite enjoyable – beautiful scenery, only relatively small hills and a lot more people out supporting than I had expected.

The second half was another story, the hills really took it out of me and I wasn’t able to keep up with Katie. Only 3 hills over 6.5 miles doesn’t sound too bad, but the hills were big. Somehow Katie managed to run up the first of the “big 3” while everyone else around us, including me, had to resort to more of a power walk/shuffle. This meant the last half of the race was a much a slower affair counting down the miles and the hills. I made it to the end tired, sweaty and hobbling on a very sore knee but everything was great because I had finished, the sun was shining and there was a roast dinner waiting for me at home! 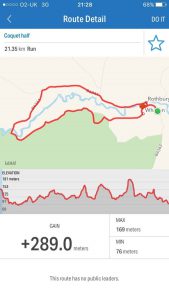 Official time of 2 hours 11 minutes, my slowest ever half, but fast enough to earn me 7th senior lady (which sounds impressive until you work out how many senior ladies actually took part). It was a lot more scenic than the GNR and I would definitely do it again, who knows with proper training and lots more hill sessions that sub 2 might actually happen one day!

Overall it was a great race that I really recommend it to anyone who enjoys the odd hill. The marshals were brilliant all the way around and there was some fantastic support from the locals, my favourites included the small children waving flags at mile 10, the man mowing his lawn at Bickerton, the massive group of cyclists who flew past us a couple of miles in and of course my Gran who was there with her camera at the start and the finish.

All in all a good day out!

Permanent link to this article: https://www.tynebridgeharriers.com/2016/07/05/the-road-to-rothbury-race-report/