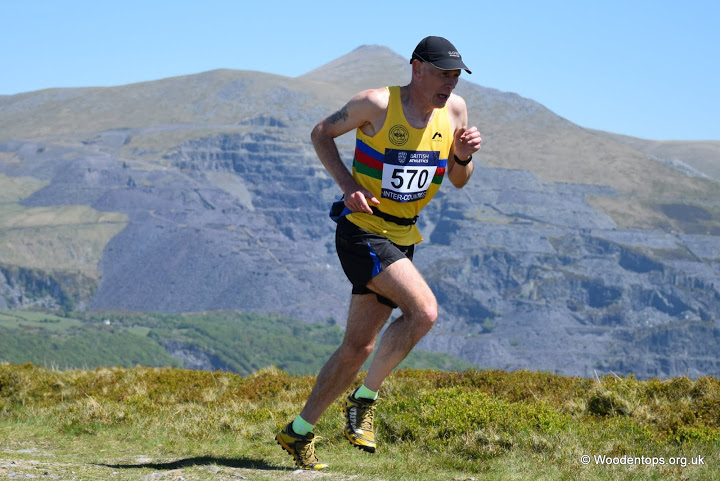 One flew over the cuckoo’s nest

I’m definitely getting one of those fear lobotomies that most fell runners have had before my next fell race. I think this was one of the hardest races I’ve ever done, and it was the descents I was struggling with rather than the up hills, bit more about that later.

Steph Scott had organised everything in March / April and we had good men’s and ladies teams sorted, then as is traditional when things look like they are in hand, we had drop outs through injury and the men’s team was short. Steph asked me if I would run / team manage, John Tollitt had asked if there was space in the car so he was happy to put a county vest on if need be, so I had everything sorted (vests, lifts, accommodation, teams) until we had another last minute drop out through injury, so I spent Thursday ringing round to get substitutes. With is being such short notice, people were unable to commit, but Scott Ellis kindly agreed to step in, and we were back up to to a full team, 4 to run (5 if one is U23) with 3 to count.

6 of us set off in my car on the Friday (with the other 3 making their own way there), got stuck trying to get out of Newcastle and ended up an hour away from the YHA at 10:00pm and they closed at 11:00. We rang ahead to make sure we would get in, and ended up in a very confused bizarre conversation, part of which involved us being told they shut at 10:30 and if we were to stand any chance of getting in we had to send them photo ID immediately via e-mail from the car. They eventually gave up on that one, and agreed to wait up for us as though it was a great favour, and when we got there, the place was fairly lively, we weren’t the last ones to arrive, and the previous phone conversation wasn’t even referred to. So we got a good night’s sleep and a large breakfast in the morning, and we headed into Llanberis to try to find the rest of the team.

We all managed to link up, get registered and headed off to the start in good time. Emma (Holt) had managed to reccy the course previously, and from the sounds of it (along with the course profile), this was going to be a fairly tough experience. We had a few group photos (see below) then it was time to head off. The sun was out so the kit requirement was a minimum one (top, map and compass), and the sun stayed with us for the duration. Apparently there were some great views as it was so clear, but I didn’t look anywhere other than where I was putting my feet, so probably missed out on that. 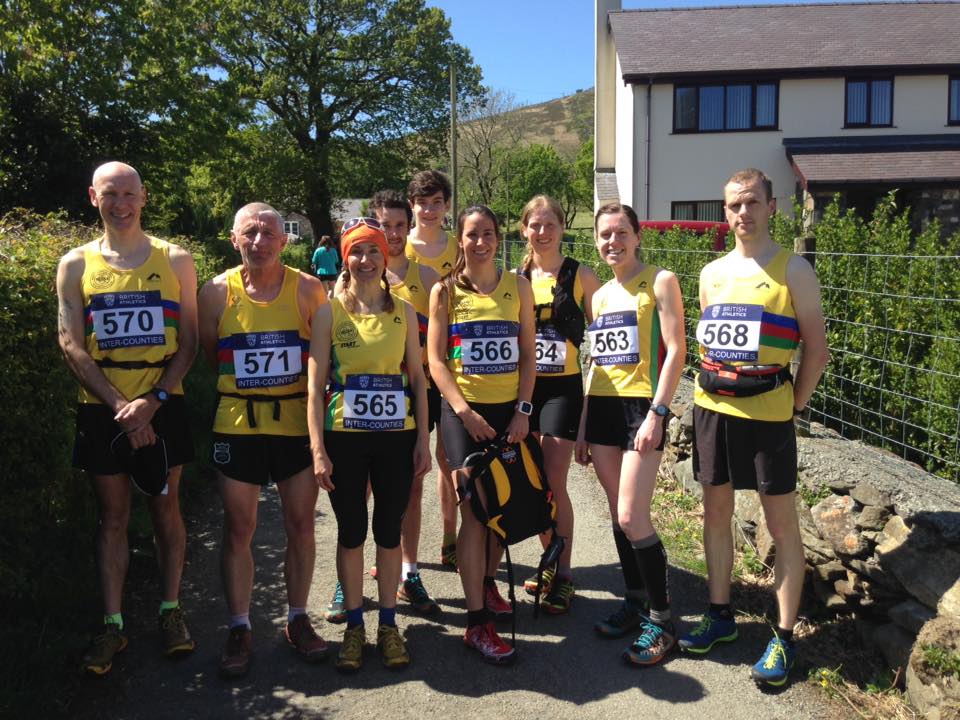 The first 2.5 miles were a steep uphill climb, starting on a road / track, then turning into a rocky path. Harry (Coates) was way up front, Will (Robson) was just ahead of me and I kept him in sight, thinking I could get back to him along the ridge that we were going to work our way along.

I coped fairly well with that bit, and crested the top of the hill for the first descent. The profile didn’t do it justice, it was much longer and steeper then I was expecting, and I lost half a dozen places just to the bottom of that bit. It was then back onto more climbing, and again I don’t think I appreciated how steep and long it was all going to be. This was turning into a fairly technical and challenging race, that my limited fell running experience wasn’t going to help me cope with. So it was more ups and downs all along the way along the ridge, until we got to the last descent. I knew that was going to be harder than anything we had done up until then. It was half a mile of down-hill going down about 700 meters, that was so steep, you couldn’t see very far down from the top. I really struggled losing half a dozen more places and Scott went passed me, followed by a further 15 or so runners. I was doing what I could but just couldn’t get moving and have never been so relieved to get the bottom of a hill.

It was then into a boggy section and there were a few fallers (which initially amused me), until I did exactly the same, but it was a fairly soft landing. Then it was onto a loose slate path and eventually back onto a road. Harry was waiting for us to come in and shouted we only had 80 meters to go, which was a relief as I had miscalculated and thought we had a further ¾ of a mile, but I wasn’t arguing.

When I got over the initial shock of running (using the term loosely) down something that I wouldn’t have thought was possible, it really made me appreciate how skilled (and a bit crazy) “proper” fell runners are. It is definitely a skill that needs to be worked at, and this course was not something you could just wing. The last Inter-counties fell race I ran was at Blackburn, which was more like a really hilly Harrier League, so I coped very well with that one, but Ras Moel Eilio definitely found me out.

Despite all that, I still really enjoyed the whole event, met some great people, and my experience of these races, where you get to work together with people from other clubs, in this instance Wallsend, North Shields Poly, TBH, Morpeth, Saltwell and Jarrow, is that they really bring people together. There were some great efforts made and I can’t quite decide who gets my “run of the day”, it’s either Harry with his 9th place (and he beat his childhood hero Rob Jebb) or our U23 extra runner Will being our second counter for the men’s team.

Permanent link to this article: https://www.tynebridgeharriers.com/2016/05/16/uk-inter-counties-fell-race-champs-race-report/