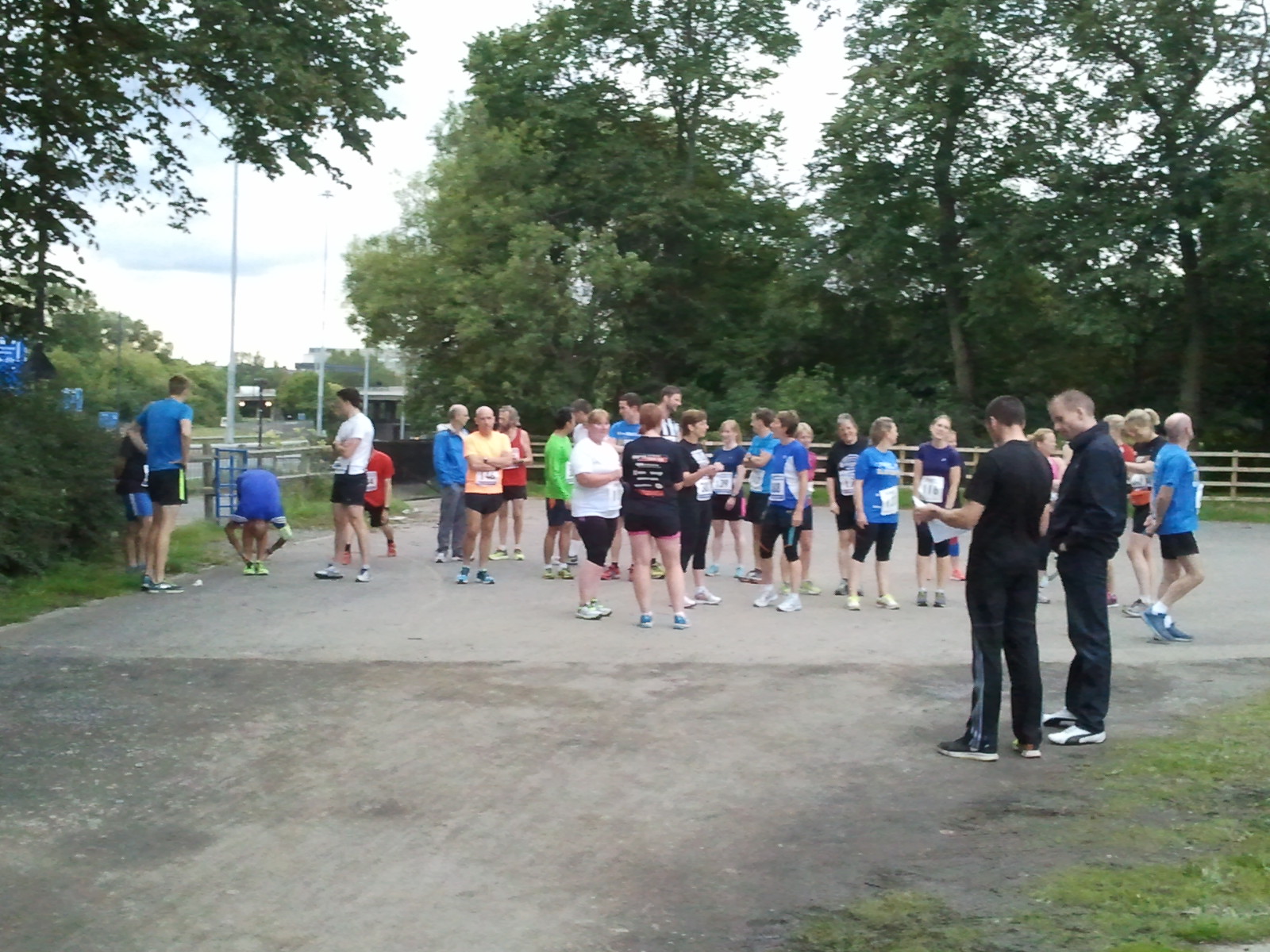 On a night of high drama, the 2015 TBH Summer Series came to a close following a dramatic sixth race of the series, and the overall winner of the series is…

But before we get round to the series winner, a quick mention about this evening’s event and congratulations to Race 6 winner, Johnny Watson, making his first appearance of the series

Perfectly pacing his run around the 2,25M course, Johnny claimed a terrific victory ahead of two other debutants, Stacey Robinson and Dawn Parker.

Well done to Tony Carter for posting the quickest time of the evening; 11m 48s

And onto the final points table.

With points leader Craig Davison on volunteering duties in the final race of the series, it meant several members were still in with a chance of overall victory, and thanks to a terrific 9th place finish in Race 6, I’m delighted to announce ADRIAN HALL at this year’s winner of the TBH Summer Series. Congratulations Adrian

Many thanks to everyone who has contributed during the Summer Series.