There was double delight for Tyne Bridge Harriers at the 2015 Gordon Smith Relays (hosted by Wallsend Harriers) as the club finished 1st and 3rd in the overall results.

And not content with picking up team awards, the club also saw several members pick up prizes for posting quickest individual times in the different age categories. 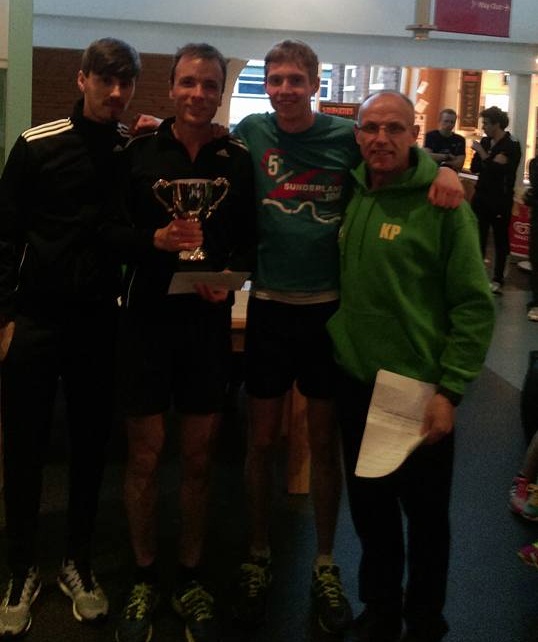 Due to redevelopment of Hadrian’s Cycleway along the banks of the River Tyne, this year’s event was held on a new 2-lap course adjacent to the former Swan Hunter’s yard, and included two arduous climbs of Davy Bank.

But the new route obviously suited the team of Kurt Heron, Terry Scott and James Dunce, as they romped home in 1st place, posting the two quickest senior times (Kurt and James) and also the quickest vet’s time. 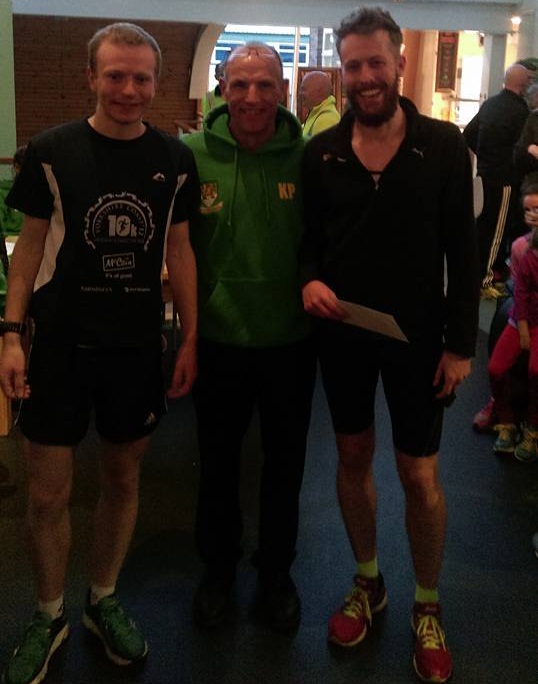 Finishing 3rd (behind a strong Gateshead men’s team) were the trio of Tom Charlton, Keith Smith and David Johnson.

Although the TBH Ladies missed out on team success on the evening, there was some consolation with Alison Dargie posting the quickest female time during the event.

Well done to everyone who took part in the race and many thanks to the race organisors and volunteers.

TBH split times can be viewed below and a full set of results can be found here.

Permanent link to this article: https://www.tynebridgeharriers.com/2015/05/15/2015-gordon-smith-relays-tbh-results/