Having ran for 22 years now and raced in over 600 road, trail, hill and cross country races, my wife Mary and I decided to join Tyne Bridge Harriers this year and and also to try and find some new races to do.  On Sunday we found a gem of a race in the Pitlochry 10K.  Decided to take the easy way there with a lovely train journey (2 hours) but it was so worth it.  Pitlochry is a lovely wee town with plenty of nice pubs and cafes and with the weather being so nice, everyone was sitting out in the sun. 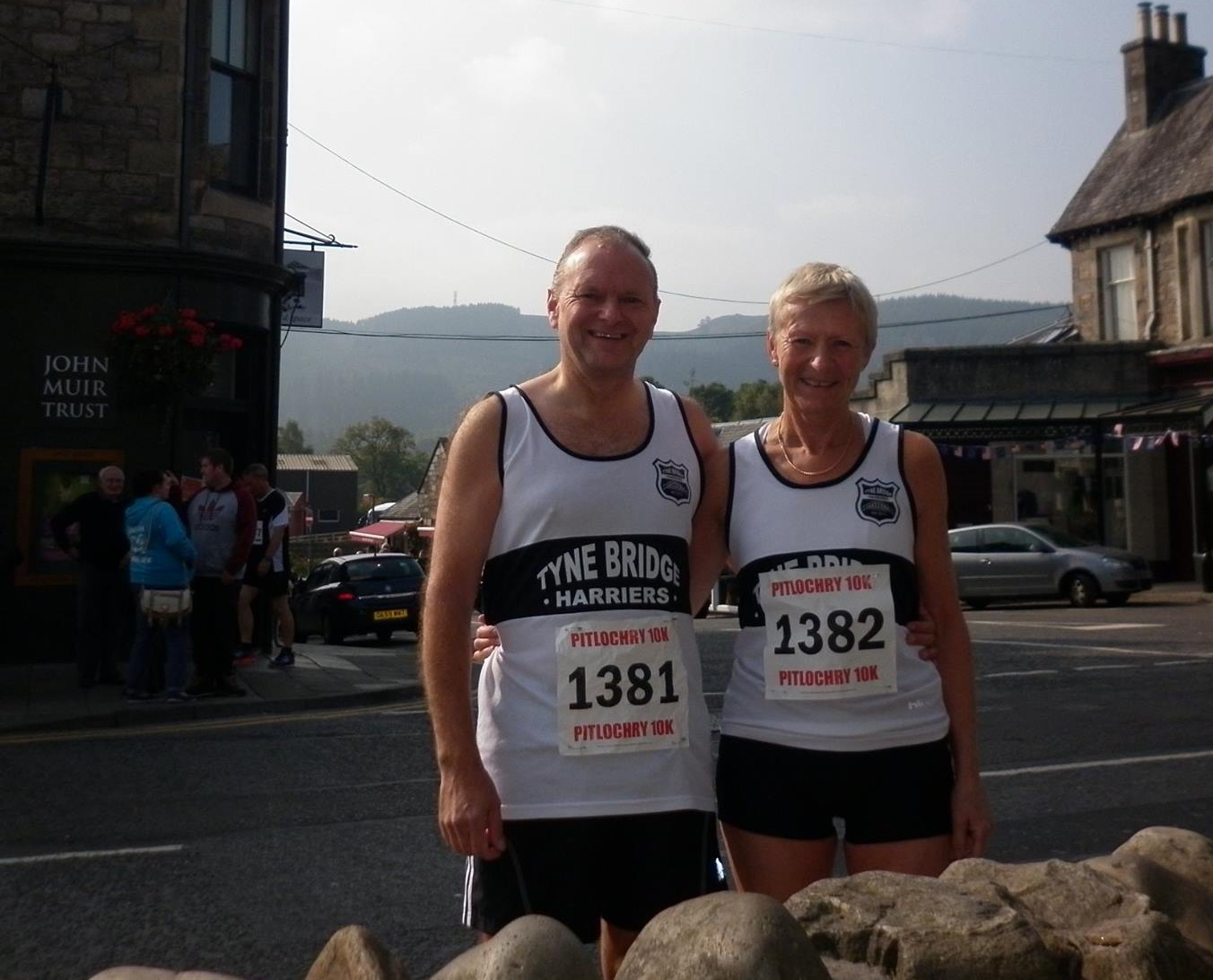 Steve & Mary taking in the sights.

We got there at 11.30am, registered and had a walk about the shops then got changed into our mighty TBH vests for the 1.00pm start by which time it had really warmed up.  Even this far North, amazing how many people wanted to chat about Tyne Bridge Harriers to us.  The main high street was closed for the start and was slightly uphill and slightly crowded for the first 100 metres or so but then quickly I got into my stride and was steadily overtaking others.  First mile was along main road but after passing the caravan park, we turned left and the race route was transformed.  Now it was road and trail, passing, lochs with the mountains in view over the water.  It seemed to be more downhill than uphill mostly which motivated me as we reached the mid race point and I was going well, felt really good if slightly warm.

Through the woods which gave a little shelter then the bridge I was dreading as it was quite narrow and over water.  Got half way over and the bridge starting bouncing up and down and I felt I was going up and down instead of forward.  Panic over and it was back to road for the last mile or so and now a few runners were overtaking me, bad sign but disregarded it as I still felt good, maybe had just ran middle part of race too fast.  Last quarter of a mile was downhill so found a bit of speed, not to beat anyone but to make sure no one else passed me.

I finished in 59th place in 43.33 minutes and had to be pleased as it was my fastest 10K this year and for over a year in fact.  Mary was 49.56 minutes and was in the top 30 women, she got a bit boxed in at the start which didn’t help her, she just missed out in being in the top 3 in her age category. 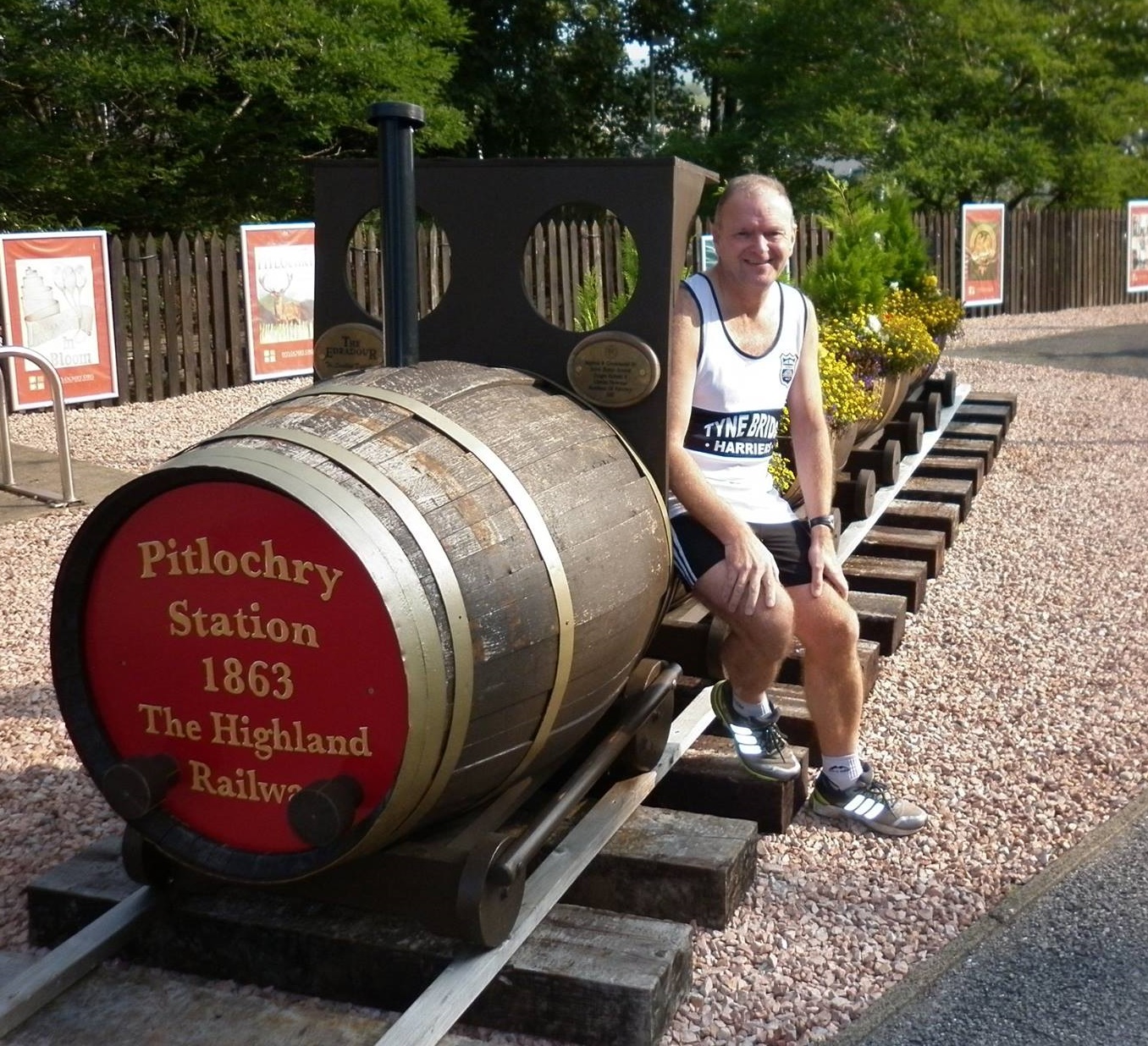 Precursor to the Flying Scotmans?

Afterwards, there was a brilliant prize giving at the leisure centre with loads of prizes and free tea, coffee, cake and filled rolls.  We also got tee shirts, medals and a goody bag, great value for money.  I know it’s a long way to go for anyone from Newcastle but if you are ever considering a break up here, do this race, you will definitely enjoy the whole day. 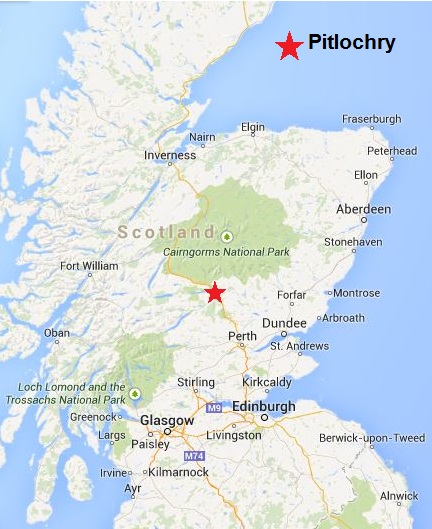 Permanent link to this article: https://www.tynebridgeharriers.com/2014/09/22/pitlochry-10k-race-report/