Want to take 10 seconds off your 5k with no extra training?

Following last weekend’s Great North Run, it has been announced Tyne Bridge Harriers were the top rated affiliated club in the race.

The GNR was the third round of the 2014 Great Run Club Challenge, a competition for affiliated clubs and registered athletes promoted by Great Run in partnership with England Athletics.

To qualify, clubs had to be affiliated with England Athletics and field at least seven male and seven female registered athletes. The winners, with an average time of 1:25:43, were Tyne Bridge Harriers. The club now goes into a draw for the chance to win the once in a lifetime adventure: to train and race in Ethiopia.

Another good piece of news from Sunday’s race was Terry Scott being named first finisher from the Tynedale and Ponteland area.

Terry ran a PB of 1h 17m 21s – finishing in 82nd place overall – and was featured in his local newspaper, the Hexham Courant (click picture below to read article). 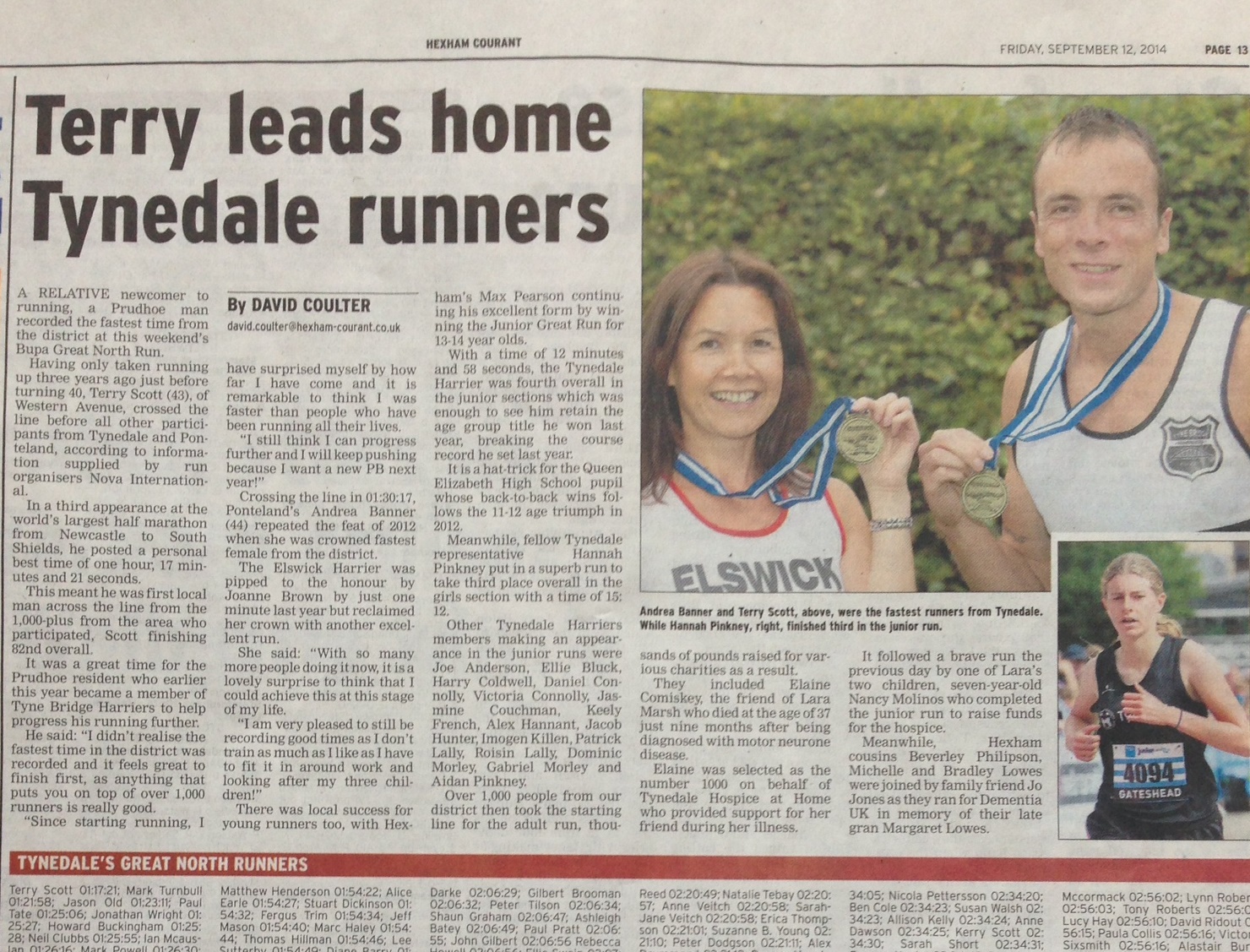 Permanent link to this article: https://www.tynebridgeharriers.com/2014/09/12/great-run-club-challenge/