Many congratulations to all the members that completed in the 2013 English Cross Country Relays.

Although victory was never on the cards, just to compete with the best running clubs in the country shows how far Tyne Bridge has progressed in it’s short existence.

Competing first for the club were the Senior Ladies, with Felicity Watson, Nicola Brady and Isobel Knox finishing a respectable 66th position, out of 99 teams.

Next up were the Senior Men, with the club turning out two complete teams.

The ‘A’ team, consisting of Sparrow Morley, Jack Neeson, Tony Carter and Steve Cairns finished in an excellent 64th position (out of 157 teams), with the ‘B’ team of James Dunce, Rob Wishart, John Hurse and Paul Hilton finishing in 110th position. 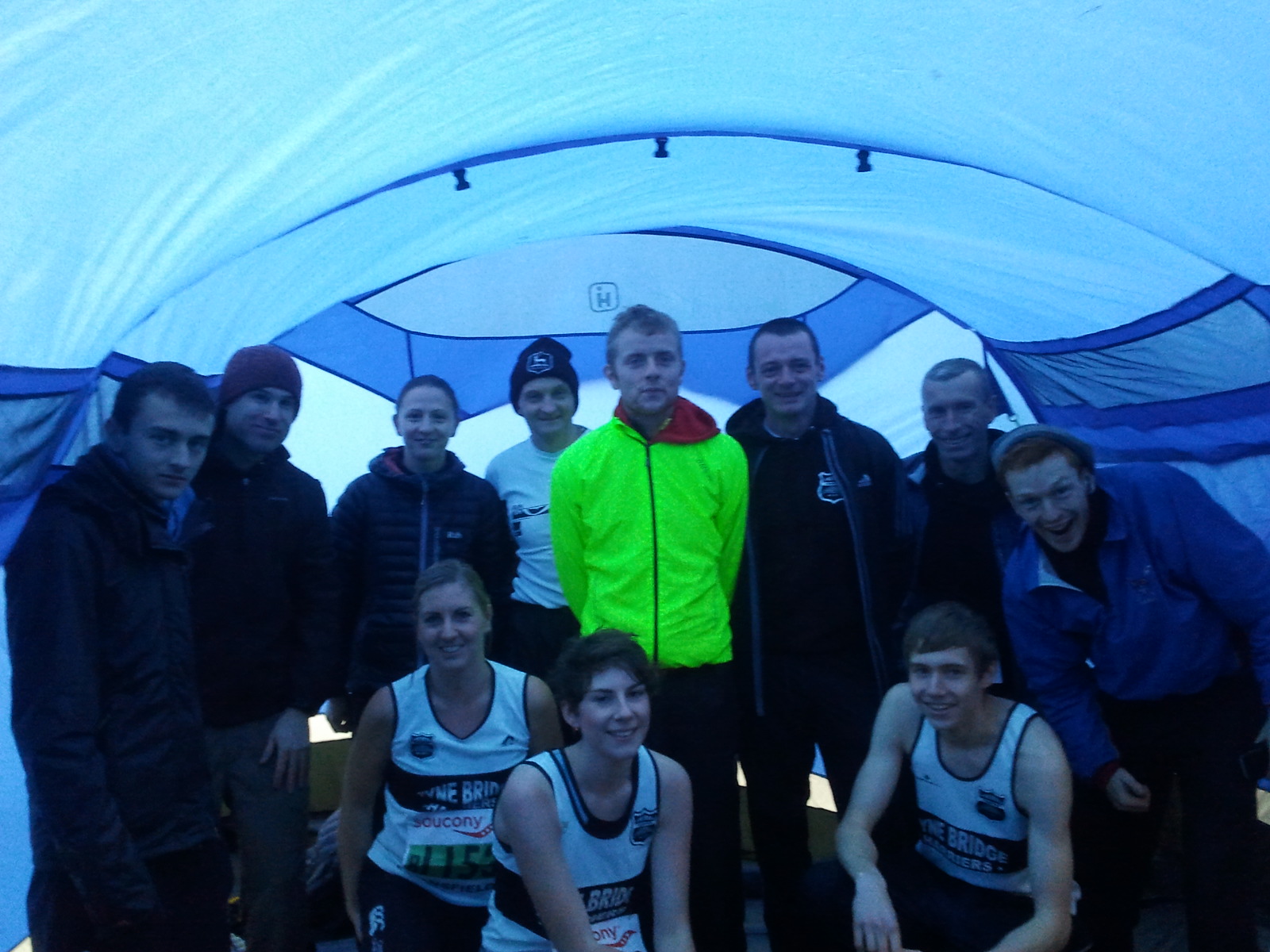 Ladies results can be found here

Men’s results can be found here

Aldershot Farnham & District completed the double, with the club winning both the Senior Men’s and Ladies races.

Permanent link to this article: https://www.tynebridgeharriers.com/2013/11/03/english-cross-country-relays-2013/