16 weeks of Advanced marathon training was going great (the 18 week program up to 55 Miles), highlighted at the Jelly T 10 Mile race where I finished in a PB of 59:36.

Next was the Great North Run where I picked up a nasty toe injury with the loss of a nail (nothing unusual there) but the skin on the end of the toe was also a funny blue colour and painful to run on.

Unfortunately, even though I was already in the tapering phase of the training program, there were still two weeks to go until the race, so the plan was to rest until the day before the marathon and try out Braunestone parkrun.

A beautiful park sees you go around 2 laps, though I took it easy to see how I would feel with my gammy toe finishing in 21 mins. Seemed to go alright, it was great to be back running again, felt tired but that’s normal after a 5K.

We travelled in absolute luxury thanks to P and K in a Jaguar XJ, setting off early from Leicester as there were a lot of road works and road closures, arriving in good time like organised professionals, something like myself

I always wanted a ride in a Jag, it has a fantastic on-board computer to help navigate us to the race, even though P knew the way, as he had taken us in 2008. Oh and the sound system? Van Halen was pounding. If I had the money I would buy one of these cars but then again when we got there, parked just up from us on the sports ground, was Deb parked in an Aston Martin cabriolet. I hung around for her after the race but sadly must have missed her, oh well, whatever, never mind.

So it was great to finally notice Ryan Hogben and Emma Wright who must have been waving quite a while before I eventually noticed them, so TBH had the magic 3 in the event (Emma and Ryan were participating in the Half Marathon). It really cheered me up to be running with others from the club a few hundred miles from home, thanks.

I did have a race plan using the Running free website to run ultra-negative, to aim for 2:50, working in Kilometres; as it’s a shorter distance and mathematically less room for error, kind of like Mo does, slow at first then run when you have to.  But after my injury, it just all went out, I thought just run and see how you feel, missing 2 weeks I knew there would be trouble but how bad would it effect?

I started with my trademark bottle, having worked out that after an hour I lose 2lbs; so 1 and a half times that, with the power of maths makes 3 pounds which roughly equals an 800 and 600 ml SIS bottle but that’s on a normal day, this is the middle of the country where it’s still summer. Can you guess what happened?

Well the start was of the pulse variety or wave if you want to call it that, so faster colours should start first, as other people have commented I often start where I am not supposed to but when there is clearly unfit people in front of you, you realise that enforcing these things should be done.

The 2013 Marathon started in the same place as the 2008 event (my previous attempt at running the race), but took on an entirely different route.  I have to say not as good, though the athletes running the half said it made it faster, but running through housing estates towards tobacco factories and Boots for the second half is hardly inspiring, what were they thinking, oh I know they need reminding how much they are hurting for running this long?

Most of the race I was running on my lonesome which didn’t really help then things started going wrong. I missed my SIS water bottle at 11 miles and the water stations didn’t seem to be where they said they were in the race information … I had run OK until 17 miles but a bit too fast, especially on a hot day, the 3 hour flag bearer went past me with a squad of about 15 people, shouting encouragement for me to keep up, I did for a couple of miles but with the heat I was flagging.

The route scenery improved running around a lake but straight into a powerful headwind. Every mile got progressively worse but there was great support from the local people, someone noticed the vest and shouted “Howay the lads”

At mile 22 my hamstring tightened up and I had to walk for 5 minutes, it was agonising as it was about 2:45, thinking if only I could run a fast parkrun I would be finished. Thankfully, after a little rest, I was able to run again but only at about 8 minute mile pace. The last stretch over the bridge was just what I fancied, an uphill section heading back to the start/finish line. To compound matters Bruno Mars singing(!) Treasure was blasting out over the PA system.

Finishing in the stadium was a relief with all the supporters cheering you on. I stirred them up and showboated for a bit, instantly forgetting the pain until someone shouted “there’s someone behind you”. At the finish line there were the cheerleaders, a group that had worked as hard as the runners cheering everyone on, oh and people on stilts but I was pleased I was done. Finishing in 3:08. 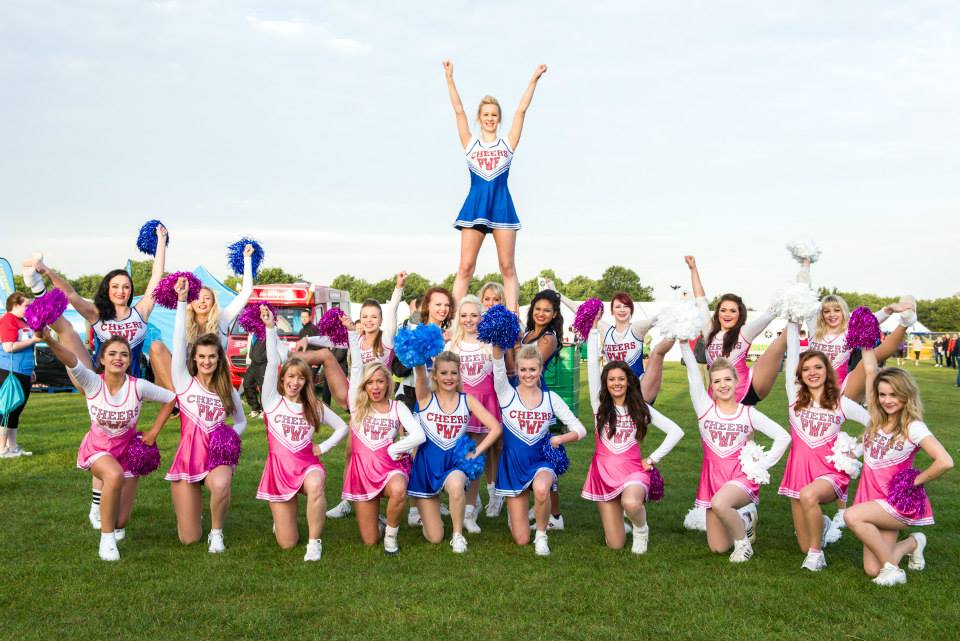 The whole event was well organised but they seemed to have only a dozen songs, guess it gets expensive? (Daft Punk: Get lucky, Katy Perry: Hot & Cold, and a couple of 80’s turnips.) All endings were beginnings as I started and finished to Daft Punk.

I wanted to do a sub 3 hours, or at least sub 3:05 to qualify as Good For Age in VLM,  but looking at the positives it was a course PB – since it was a new course! – and I can’t complain about reducing my time of 3:47 in 2008 to 3:08 too much. Finishing in position 36 out of 918 is not too bad either but ultimately I’d like to shake your hand disappointment, looks like you win again and this time might be the last.

Permanent link to this article: https://www.tynebridgeharriers.com/2013/10/06/2013-robin-hood-marathon-race-report/