Tyne Bridge Harriers > Book Reviews > The country and the city: a book review of two halves 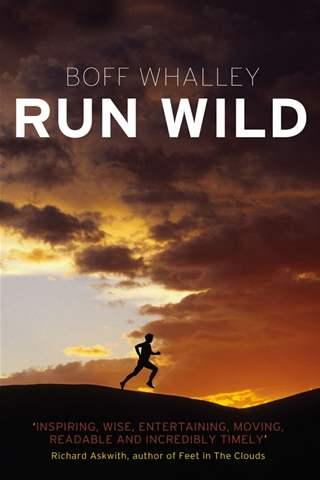 I. First half: the city
If you love city-based marathons, look away now. Boff Whalley, one of the founder members of the band Chumbawumba (‘I get knocked down…’) and member of Pudsey & Bramley AC (once national fell running champions) doesn’t love them very much. In fact, he rather despises them. Not the people who run them, but the fact that for many people who run, the safely-organised, corporate-sponsored, flat, predictable and concrete road race is the height of their running ambition. And that, compared to a hill, is not very high at all. In fact, he barely considers road-running, running.

What Boff wants us all to do instead is forget the city-based road race, and go off into the fells. His antidote to running injury, limited life ambition and the boredom (and environmental destructiveness) of modern life, is to get into the hills, and run wild.

It’s an argument many fell runner might agree with, even if Boff (it doesn’t feel right to call him Whalley, as his book is very much a personal address to ‘you’, his mate, the reader) is a little bit over-the-top about the evilness of the city marathon.

His main target is the ING New York Marathon. He hates it so much, he puts those chapters where he talks about it into a different, unfriendly font. His argument scores a fair few good points. They’re incredibly overpriced: New York costs $347 for non-US residents to enter (you can get at least, what, three Great North Runs for that price…?!). They’re safe (although he wrote this book before the Boston bombing) by which he means you can’t get lost (tell that to Steve Cram, I hear a few people who ran the Marathon of the North say…).

And although much of his criticism feels right, there’s too much of it in the book. Not least because the city road race can be a launch point for people to run more, run wilder, over time. And for at least three more reasons, if you ask me:

It’s not all negative. He does say: “The marathon is a joyful coming together, a celebration, a triumph of community and kinship – but it’s also moderated, overseen and supervised in a way that usurps that carnival spirit.”

Anyway, I feel like I’ve just ‘Done a Boff’ and spent far too much time talking about marathons and the negatives in the book, when really, what I should be talking about is…

II. Part Two: the country
This is where the book is at its best. To begin with I found the writing style fairly unconvincing, or rather not the writing, which is very good, but the structure, which bounces all over the place and does not get into any single long story or excursion for very long. And, unlike others, I found Boff’s claim that the book is written ‘like a wild run’ (bouncing, bounding, always twisting and turning) fairly unconvincing. A book is not a run. They are structured differently. Anyway, my academic-retentiveness aside, what is convincing in the book is the author’s energy and passion for wild, fell, hill, bog, trail and mountain running. (Oh, and I also love that site I’ve linked to here: Veggie Runners, it’s great!)

Boff sees wild running—by which he means going out into the country, without a plan of mileage or the cursed Garmin, but with enough supplies and safety gear to see you through a lost, adventurous night, if it comes to that—as an “expression of that wilful desire to play” that he sees in all areas of his life, such as his music.

At heart he’s a socialist/anarchist, as you might expect from Chumbawumba’s music, which includes a song about the Mass Trespass of Kinder Scout in 1932, which led to the opening up of Britain’s walking paths to us unwashed masses. What he strives for in his wild running is ‘the utterly human quest for the wild, natural, joyful rub of life’s friction’ and he gets it in bucket-loads from the fells. Inspired as a boy by Alan Sillitoe’s Loneliness of the Long Distance Runner and Colin, the book’s protagonist, Boff ‘didn’t care about winning races. Colin had bigger concerns, and he could use his running to say what he wanted to say. I wanted to do that.’

And on politics and philosophy the book is pretty strong. He quotes Montaigne, Primo Levi, numerous musicians and writers and runners, politicians and activists and anarchists. But it’s a shame that the book doesn’t stay with any one run for longer than about a page. There’s a great beginning of a story of his run through Yosemite in America, but it soon wanders off into another abstract argument about this or that philosophical point. This is no Born to Run tale of a single race told in page turning detail. But it is convincing, nevertheless, on the power and attraction of the wild, and of running through it.

In particular, Boff wants us to gain, through wild running, “a renewed awareness of the natural world and a link to our physiological history”. In his view, it is a form of environmental activism to run wild:

This earth that is being crippled and curdled by excess and war, that is being used up and spat upon by corporations and governments, this is not an abstract political earth, rotating as a graphic on a news programme and floating, helium-borne, over peace marches: this is the same earth that splashes and slips beneath my feet.

Running “becomes a way to experience, a way to look and breathe this all in.” It is more important to run wild than to recycle, because running wild “is learning the fundamental value (measured in muddy footsteps, in curiosity, in bravery) of our place on the earth and our natural obligation to look after it. And as runners, a good start would be to go out and have a good run on it, this earth we’re trying to save.”

One small, interesting thing about the book, for me at least, is the lack of philosophical thought about running that he can draw upon to make his points. When he wants to turn to predecessors and stories of human engagement with the natural world through movement, he ultimately has to turn back to walkers – Thoreau, Wordsworth, John Muir, rather than the environmentalist-runner who has written books or poetry or made films or created environmental campaigns or founded the Sierra Club.

There’s a gap in the market, so to speak, for the myriad experiences of the wild runner to inform wider issues such as environmental damage, human rights (for example Guy Mannes-Abbott, who ran through Palestine as a political protest), or simply the love of nature. The runner has no less claim on that spiritual connection that the walker.

Which will be, ladies and gents, my next book (or at least book review: Mark Rowlands’ Running with the Pack) coming soon.

One last point: Boff wrote this book as he was turning 50, as a marker in his own life. So would I recommend this book for, say, a committed fell runner who also trains with a club and has been likened to a rather secretive underground mammal currently being hunted by farmers in Somerset, and who might also be turning 50?? I’d say yes.

Would I recommend it for someone who hasn’t got onto the fells yet? Yes.

And for someone who loves city marathons? Yes, also. Because there’s nothing wrong with a bit of friction in one’s life. It keeps our feet on the ground, after all.

Permanent link to this article: https://www.tynebridgeharriers.com/2013/09/05/the-country-and-the-city-book-review/