A longer time ago, on a road leading to Blaydon… Nearly 100 Tyne Bridge members took part in the annual Blaydon Races, and it was announced this week the quartet of Steve Cairns, Kenny Mac, Matty Tomlinson and Paul Hilton had won the Awld Gadgies team prize. Congratulations guys.

Not so long ago, in a remote part of Northumberland… David Beech continued his winning streak by coming first in Humbleton Fell Race, 20th June.
Just days after his success at Bamburgh 10k, David proved his mettle by not only fending off some strong challengers and emerging victorious, but also setting a new course record in the process.
David was one of several Tyne Bridge members who travelled to Hayden Bridge for this event. 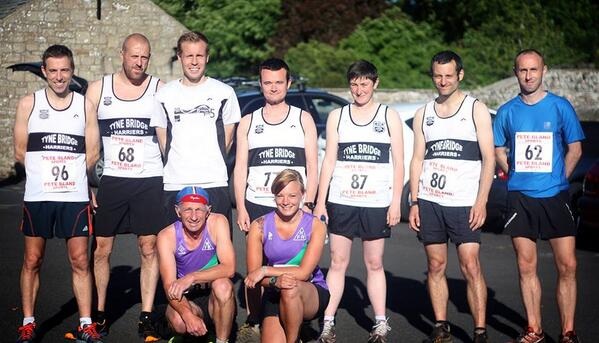 Permanent link to this article: https://www.tynebridgeharriers.com/2013/06/22/tbh-news-roundup/