Every cloud has a silver lining.

Just days after pounding the streets of Newcastle and Blaydon, the Tyne Bridge Harriers golden oldies were out again in strong numbers, this time at the VAA-NEE Road Relay championships at Bedewell Park, Jarrow.

The event, for athletes aged 35 and over, began with the Ladies race, and teams had to consist of three members, each running 2 laps of 1.5k. Competing for TBH were Julie Shaw, Lisa Walker, Lucy Matheson, Kerry Reed, Sara Sedgley and Sinead Coffey. 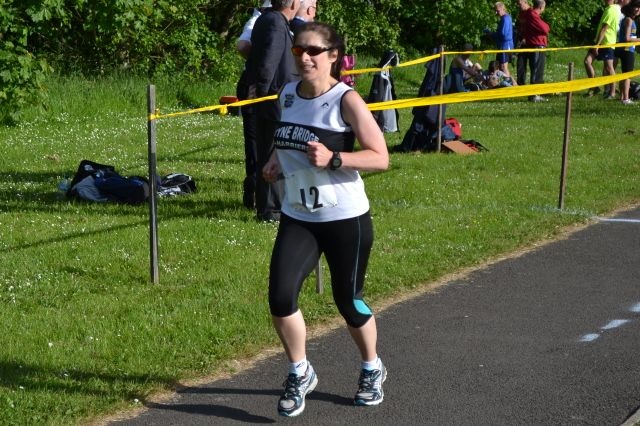 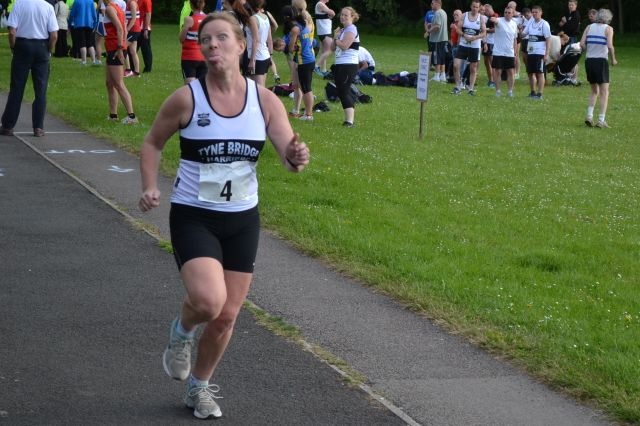 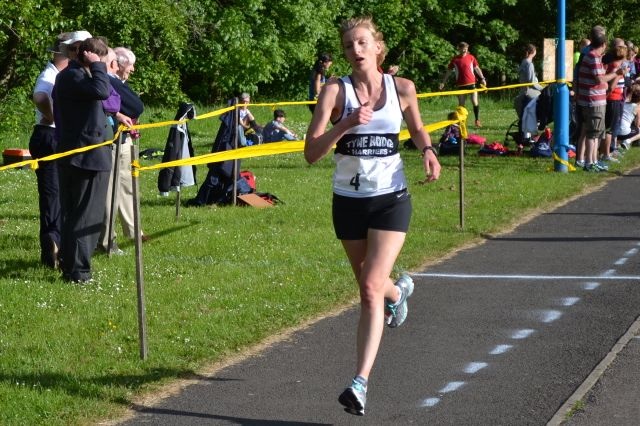 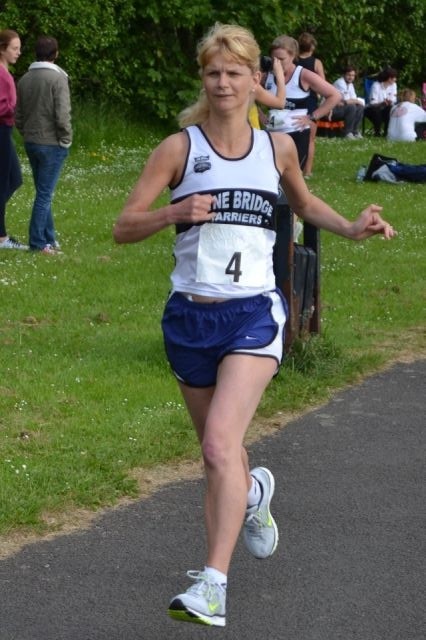 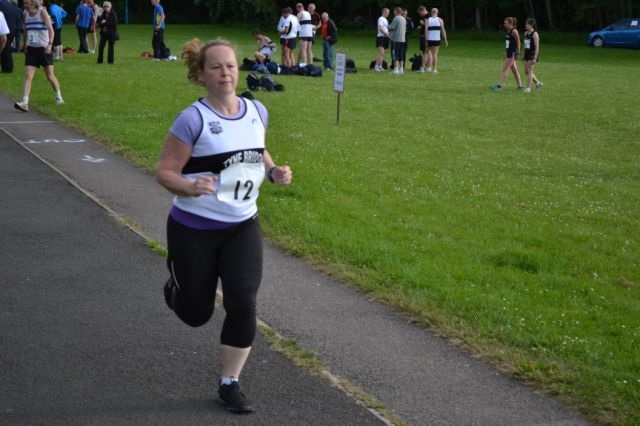 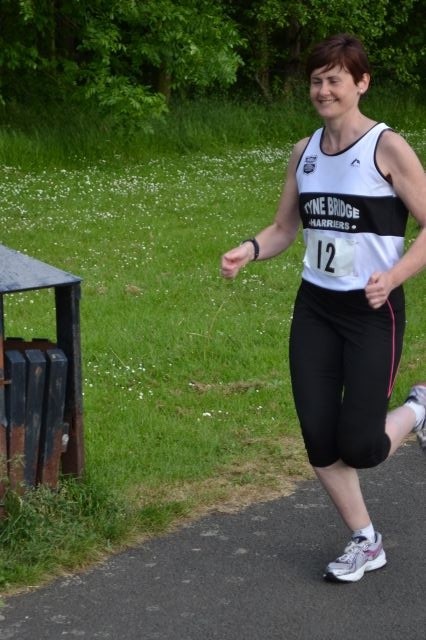 Next up were the Men, with the club fielding four teams in the V35-44 category and two teams in the V45-54 age group. As with the earlier race, teams consisted of three members, all having to run 2 x 1.5k around Bedewell Park.

The beauty of having short laps is that they pass by quite quickly, and spectators don’t have to walk far to watch the action unfolding. It does mean, however, that it tends to be an all out dash for the duration of the race, which wasn’t helped by the murky conditions on the evening.

After less than 30 minutes of racing, the main results were in, and Tyne Bridge had came 2nd in both age categories.

Despite the best efforts of the V35 A-team (Matty Tomlinson, Dave Moir and David Anderson), they had to succumb to overall race winners Low Fell and settle for silver medals. In the V45 age group, Sunderland Harriers emerged victorious, with their trio of runners beating the TBH team of Kenny Mac, Paul Hilton and Keith Smith.

Many congratulations to both clubs on their well deserved victories.

Although slightly disappointing not to pick up Gold medals, it was still a great evening for the club, with several members making their debut in this type of race environment. For Michael Blench, Steve Douthwaite and Alan Hodgson (making his debut in the club vest) the experience will be invaluable and will pay good stead for future races. 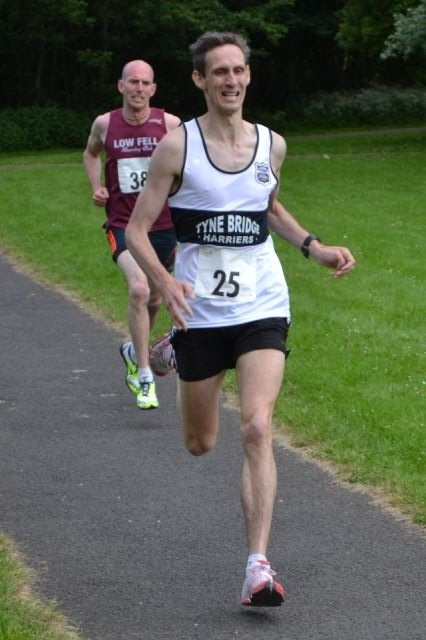 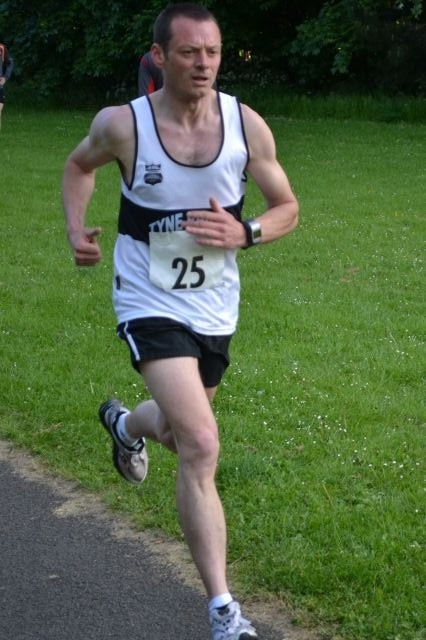 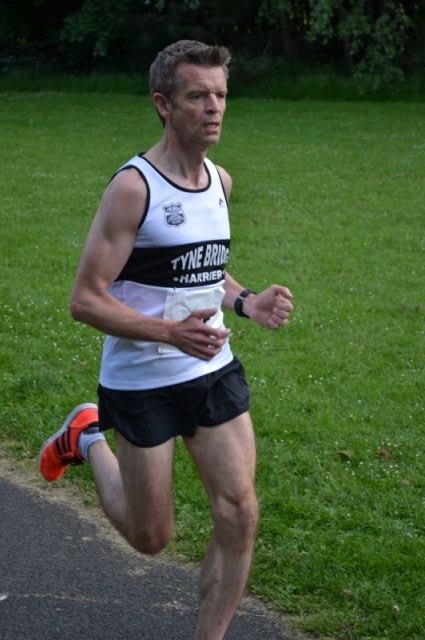 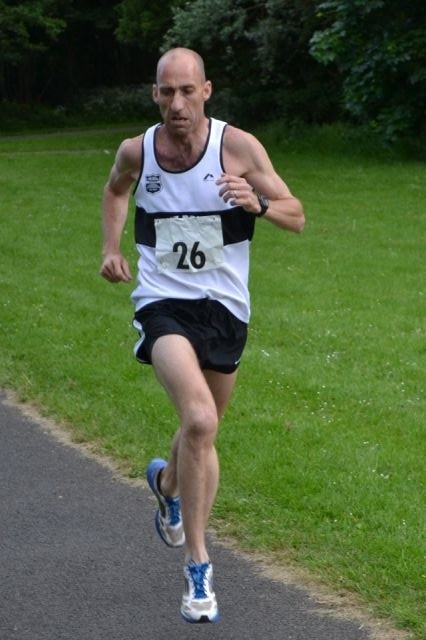 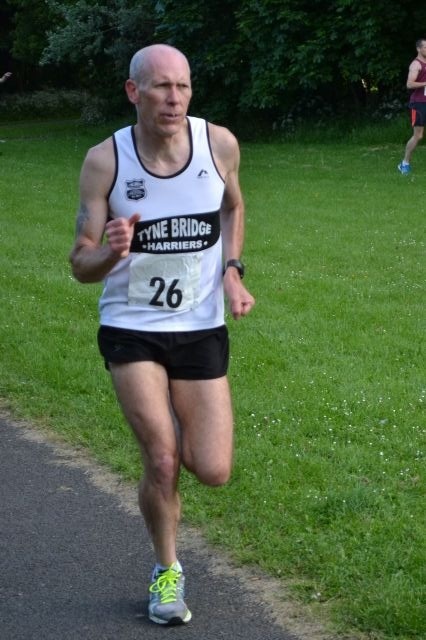 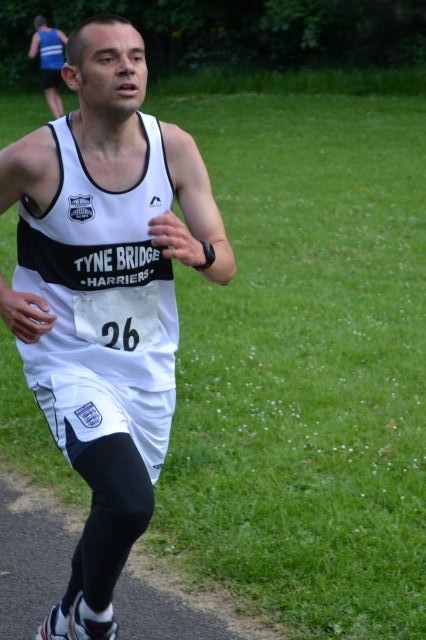 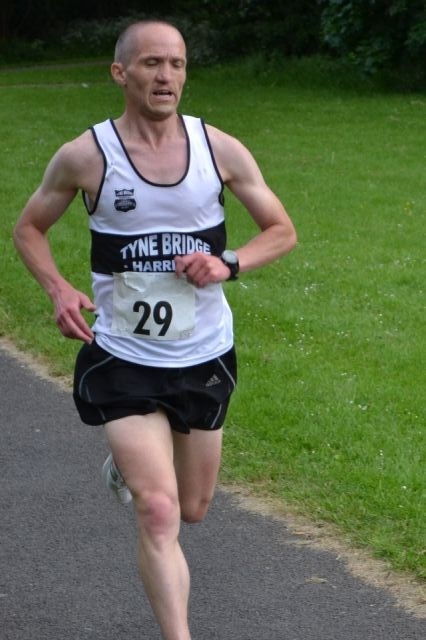 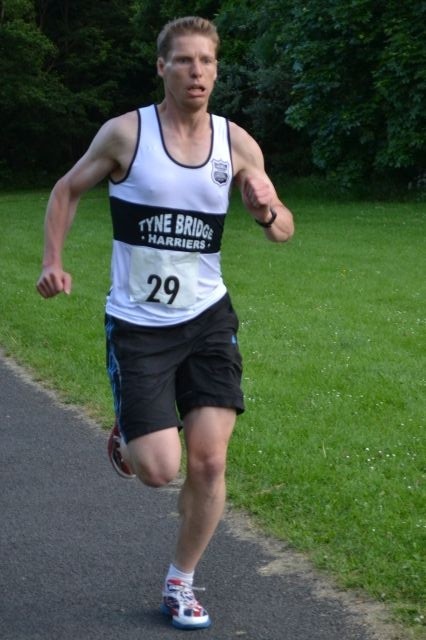 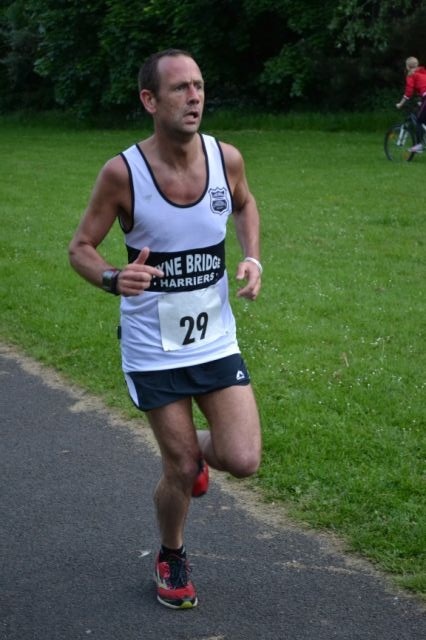 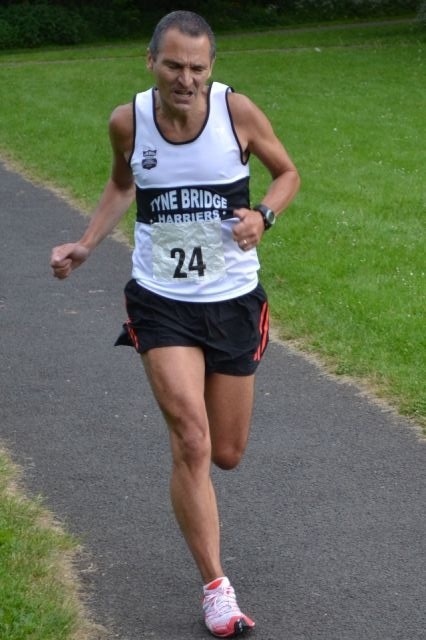 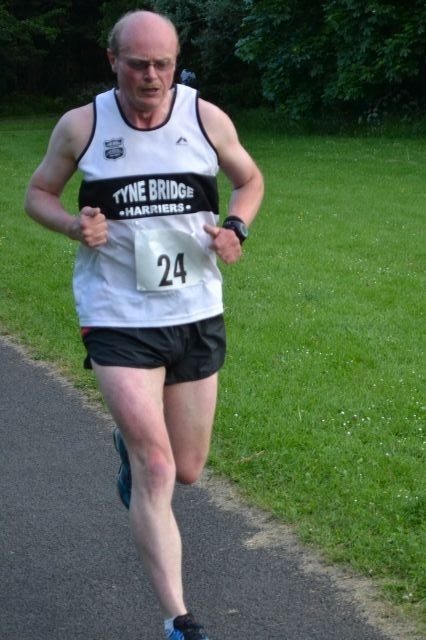 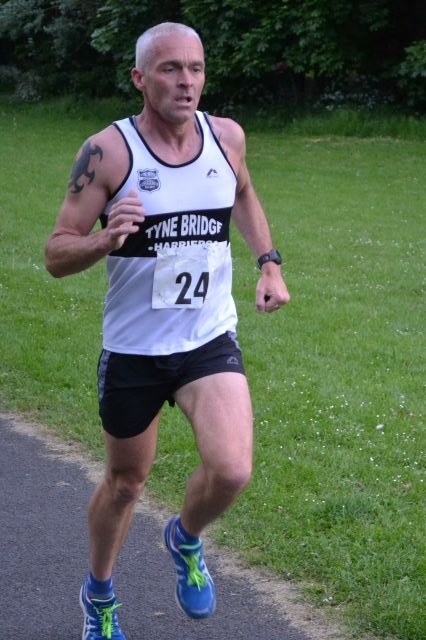 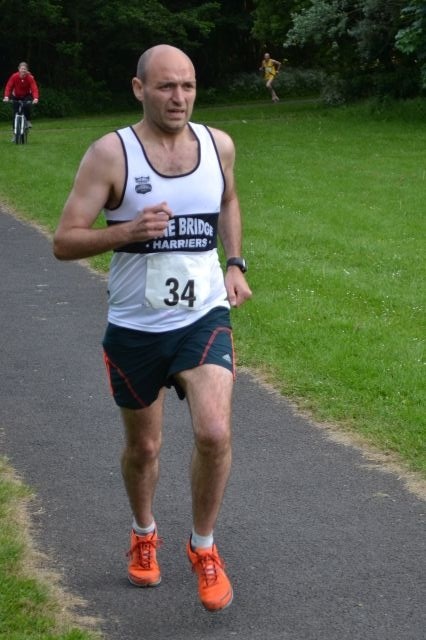 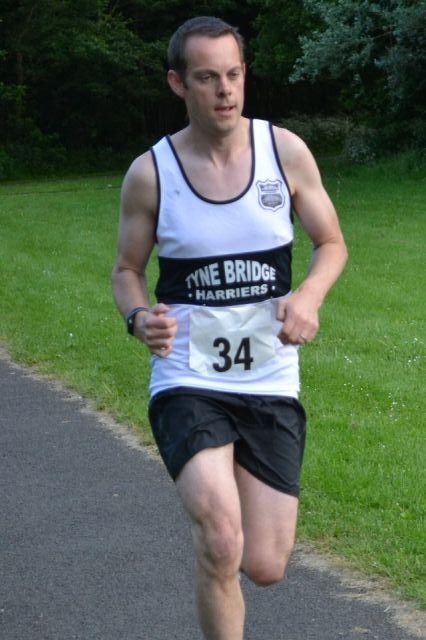 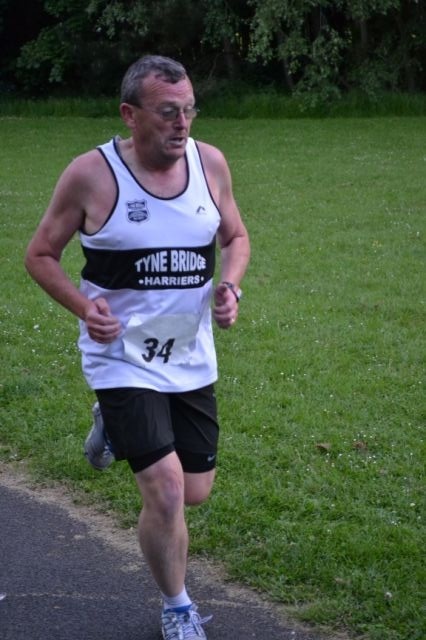 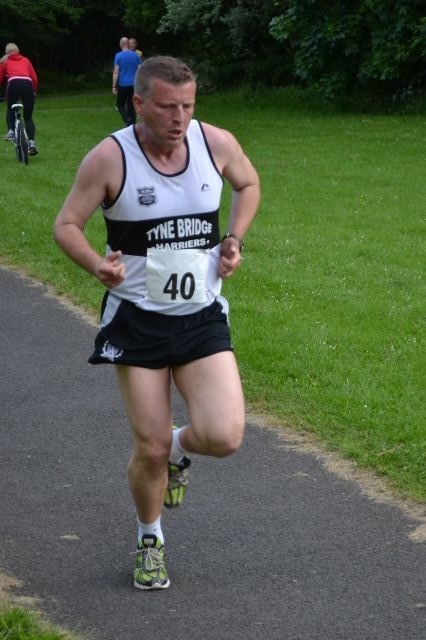 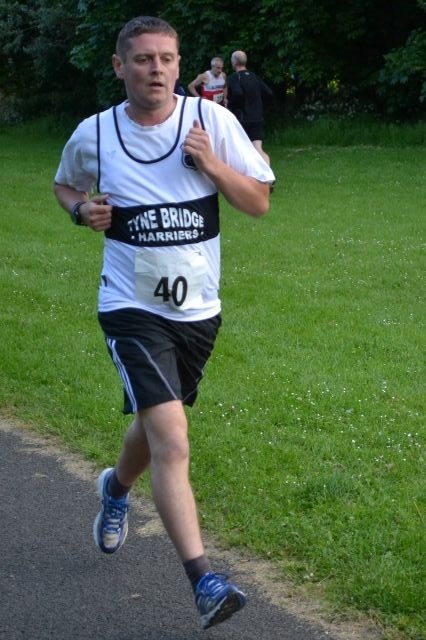 Finally, a great big thank you to all the members who went along to support the runners and a special mention to Ron Murray for the photographs. 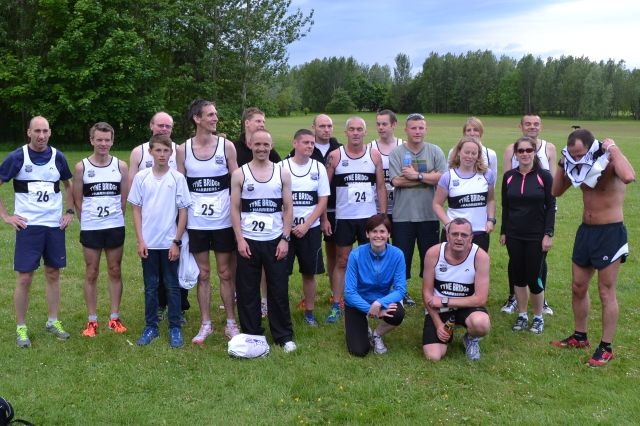 Sorry folks, still waiting for the results to be published