On behalf of everyone at Tyne Bridge Harriers, our very best wishes to David Beech who is currently competing in the Dare 2b Spine Race.

The Spine is described as Britain’s most brutal race, being the longest, coldest and most demanding mountain marathon in Britain. 268 miles of ice, snow, cold and savage winds. And to make the event just that little more challenging, competitors have 7 days to complete the race. 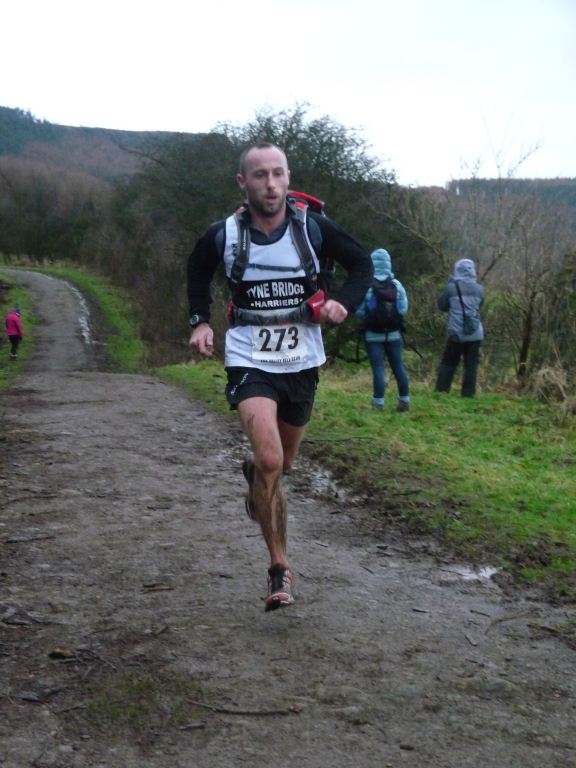 The Dare 2b Spine Race is a 268 mile, non-stop, winter mountain marathon encompassing the entire Pennine Way. Widely recognised as the most demanding National Trail in Britain, the Pennine Way crosses some of the most beautiful, difficult and challenging terrain found in England, including; the Peak District, Cheviots, Yorkshire Dales and Northumberland National Park – finishing on the Scottish Borders.

The Spine Race is open to anyone with appropriate experience who wishes to test themselves in a gruelling non-stop, 7 day race from Edale to Kirk Yetholm. But it’s not just the conditions that are against the competitors – their  own body could become their worst enemy with tiredness, fatigue, sleep deprivation and exposure playing havoc with performance. To finish, competitors must be prepared and willing to push themselves harder than ever before.

Further information about the event can be found here

Sadly, David has been forced to withdraw from the event. After a fantastic start to the race, with his name even being on top of the leaderboard after CP1, David began throwing up during the second day and did the sensible thing by deciding to stop before it got worse. Excellent effort David we are all really proud of you!