Part of the Brooks HellRunner series of races, the Hell Up North was a multi-terrain event held in Delamere Forest Park (Cheshire), and as the name suggests, included just about every horror you can imagine.

Loved the race, though it was tough. There were two waves of starters – I was in the first wave at 10AM, the others were in Wave 2 at 10.30, which put them at a disadvantage. The congestion on the narrow parts of the course was heightened by the fact they were also running into the slower competitors from Wave 1.

The race began with a stiff climb, and I tried to push it a bit to avoid the crowds. So I was knackered after half a mile, but still in sight of the leaders, which was an unusual experience. Settled into a bit more of a rhythm after that, but after around 3 miles, I’d lost sight of the runners ahead of me. This was bad news, as I missed a route marker, and went bounding down a wrong path (at least I managed to take a few others with me!) But by the time I’d rectified the situation and found the right track, I’d lost a good few places.

The route was mainly forest paths, with the occasionally bit of firmer track. Lots of muddy puddles, tree roots and stumps, and small streams provided constant obstacles, while there were several longer plunges into ice cold water (including the Bog of Doom near the end – a sadistic stretch of foul-smelling forest soup, littered with branches and dead voles and energy gel wrappers, and lined by guffawing spectators). These not only sapped energy and disrupted rhythm, but drenched trainers and clothing. And it was in the longest section of deep, freezing water that Ryan, Pip, Emma and Claire had to wait… which must have been horrific. At one point I was very close to losing a shoe… managed to retrieve it, but could I do the lace up with my freezing fingers? Just about.. but it wasted more time.

There were some very steep climbs, including a couple of slippy-slidy hands-and-knees jobs, but  also plenty of stretches where you could get a shift on… I love the feeling you get when you’re in the groove and flying along forest paths, firghtening squirrels and trampling rare species of flower…

After the Bog of Doom came a short finishing stretch so I tried to get a shift on and was pleased with my time in the end…. after a quick change of clothes I headed back to the Bog of Doom and joined the cackling hordes there.

All in all, LOVED it, well definitely be back!

So lads and lasses, no excuses not to run the remaining cross-country races

* due to a hold-up during the race, a large group of runners had to stand in a icy-cold pool of water for nigh on 40 minutes. Ah bless!! 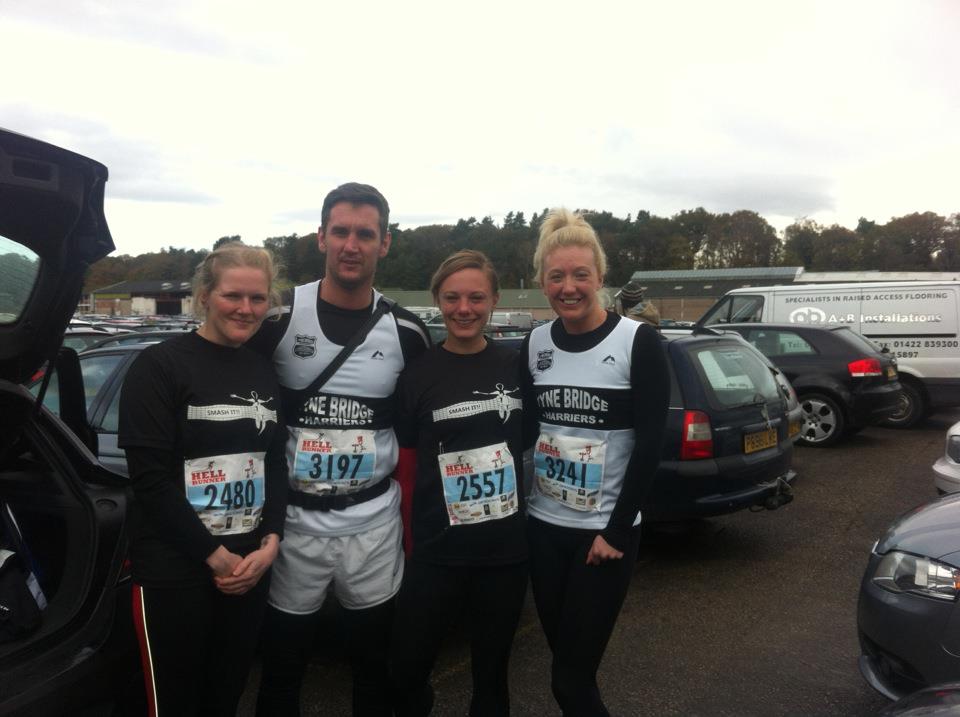 From left; Pip, Ryan, Claire & Emma before the race. 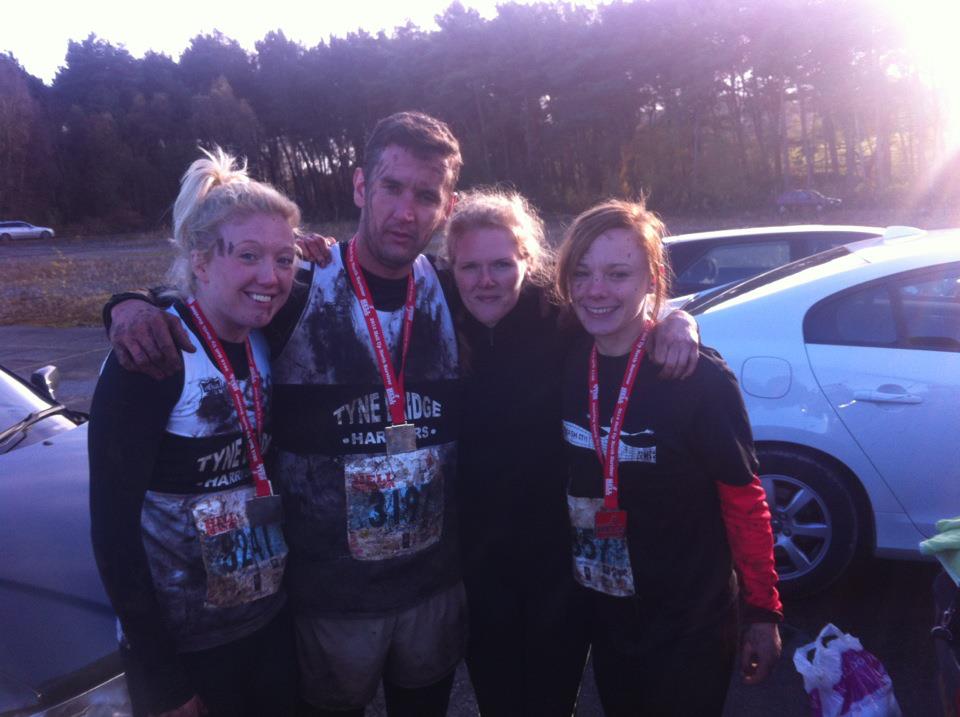 and after the race. 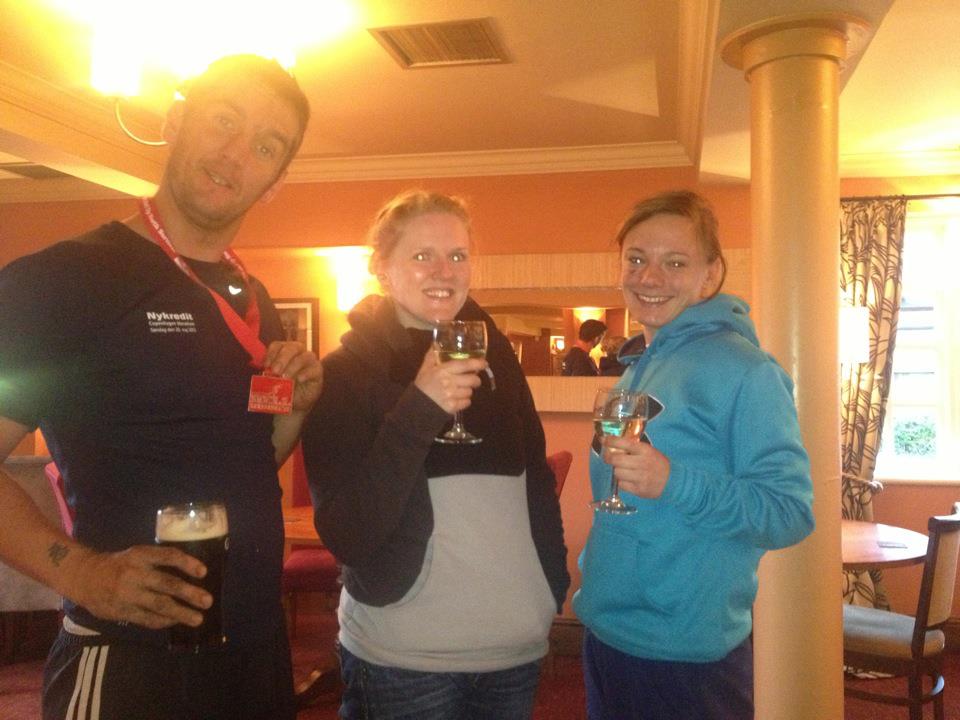 part of the recovery process?