After taking the wrong turning thanks to my great Sat-Nav for the Evening – Dave Embleton – I was  worried I was going to be late as all the numbers had to be given out and time was getting on. But of course there was no need to worry as Ladies Captain, Denise Waugh, had all this in hand and the teams were sorted when we got there.

There was great banter going on as who was going to be the first club member home after the 1st leg , so much so, Dave Moir sacrificed his 1st leg to Sparrow Morley, as long as he beat Marc Fenwick! 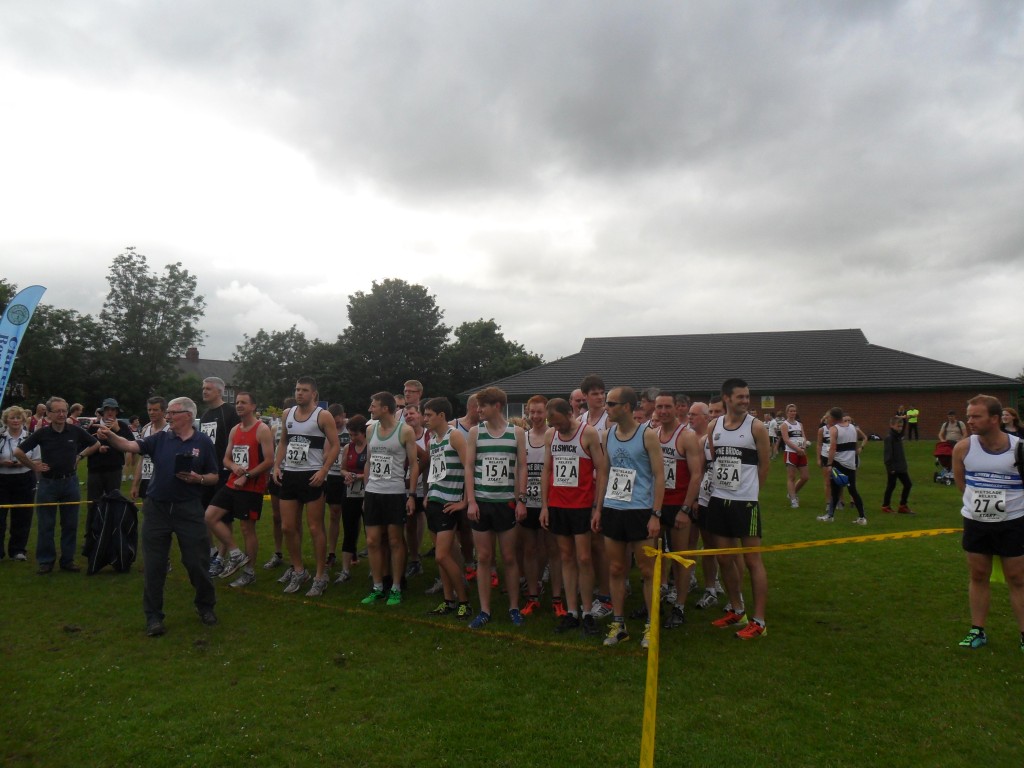 After the 1st leg it was Gosforth Harrier, Will Buswell, who was in the lead, with Marc just behind in 2nd, and James Buis (Heaton) in 3rd. Keith Smith was just ahead of Joe Turner for the battle of the TBH relay team title, while Micky showed sheer guts and determination giving it 100% on the 1st leg, before handing over to Danielle Rutherford and shouting “go on Danielle” with his last breath before collapsing on the ground (I really thought it was your last ever breath Micky, thats why I never took the photo!

The girls – Carolina Freeman, Joy Fenwick, Cath Willis, Lucy Matheson, Jane Lowes, Hannah Taylor, Vanessa Lawrence, Natalie Mee, Caroline Smith and Danielle Rutherford were all waiting nervously to begin their leg of the race, with team Fenwick with a slight advantage as Marc handed over to Joy, with Keith handing over to Carolina in hot pursuit and Joe turner passing over to Lucy Matheson in 3rd place for the internal club relay challenge. 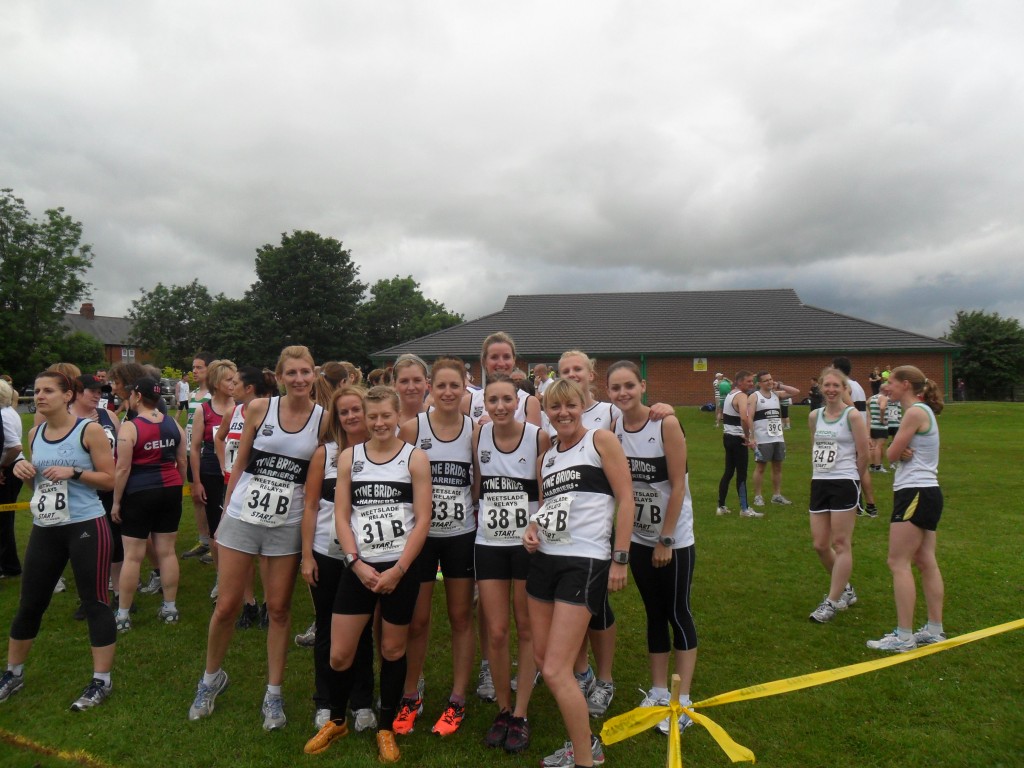 TBH lasses prior to their run

Joy did a fantastic job by maintaining team Fenwick in overall 2nd place, whilst Ladies Club Champion, Carolina, ran out of her skin to take TBH A into overall 3rd place, overtaking 4 athletes during her relay leg!

The scene was now set for the final leg, with Tony Carter, David Appleby, Dave Moir, Dave Embleton, Imran Mohammed, Dave Taylor, Shaun Brown, Alex Lockwood, Steve Compton and Stuart Dixon all waiting anxiously to begin the third and final leg of the race. Joy handed over to the adopted ‘Fenwick’ for the night, David Appleby, and Carolina handed over to Men’s Club Champion Tony Carter. Tony was like a coiled spring awaiting his leg and set off like a whippet, soon catching and passing Apples on his run. The TBH ‘A team’ were now in 2nd place overall, with ‘B team’ in 3rd. Elswick had a good lead going into the last leg thanks to a tremendous run from Alison Dargie, and with Mark Mcleod – son of the 3 times GNR winner Mike Mcleod – on the last leg for Elswick, not even the great TC could catch him as Mark Mcleod led home a triumpant Elswick. TC had to settle for a valiant 2nd place for TBH A, with Apples 3rd for TBH B. 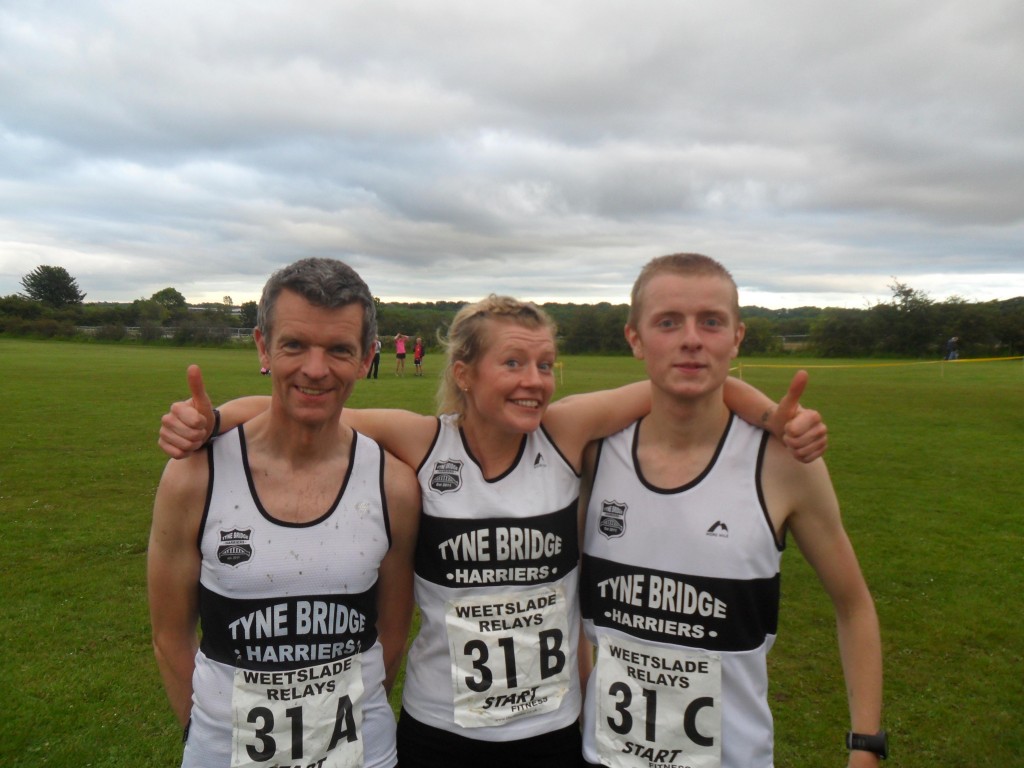 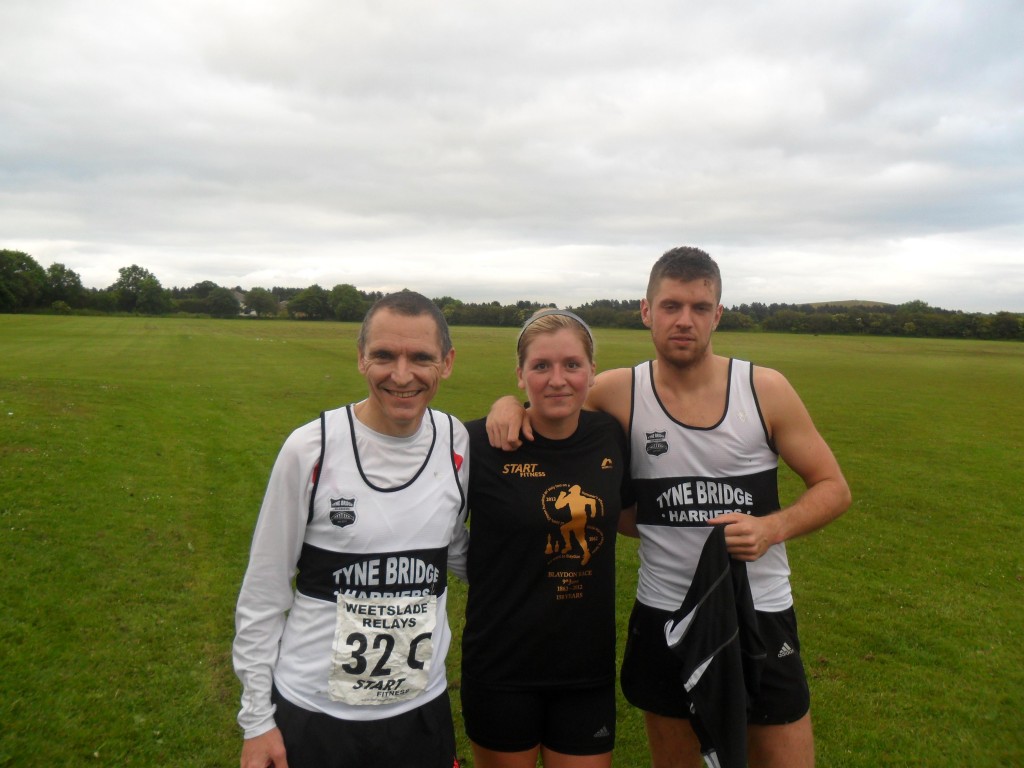 Keith Smith had the distinction of recording the fastest Veteran time on the night as he proves race after race he is one of the top Vets in the north. 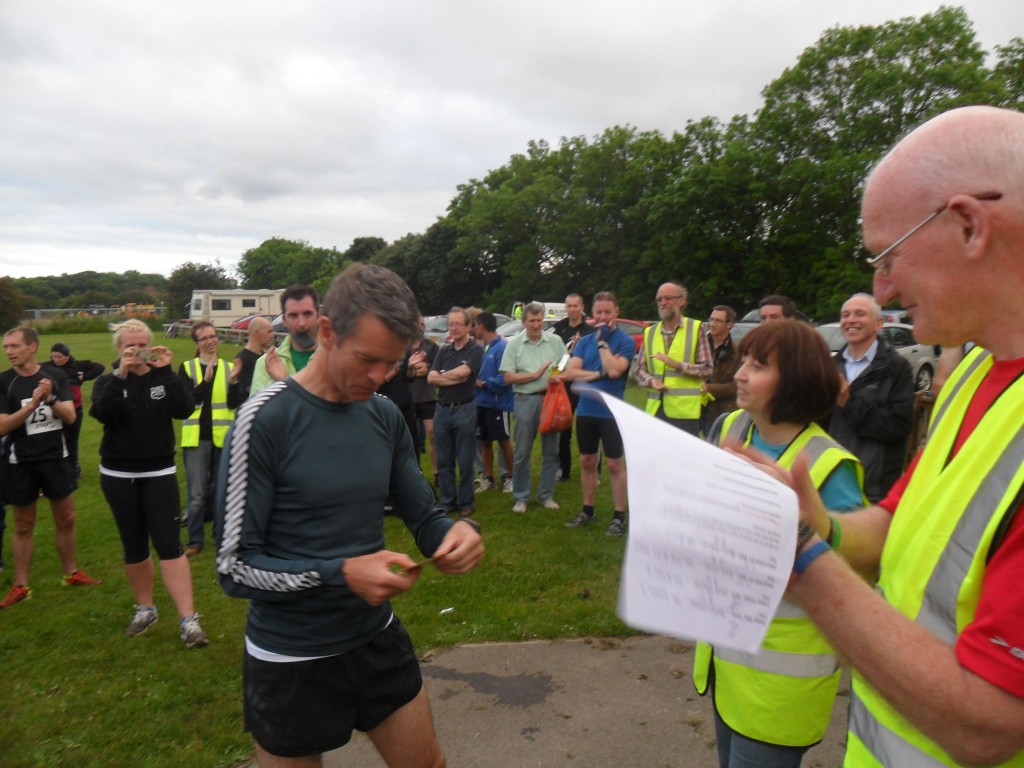 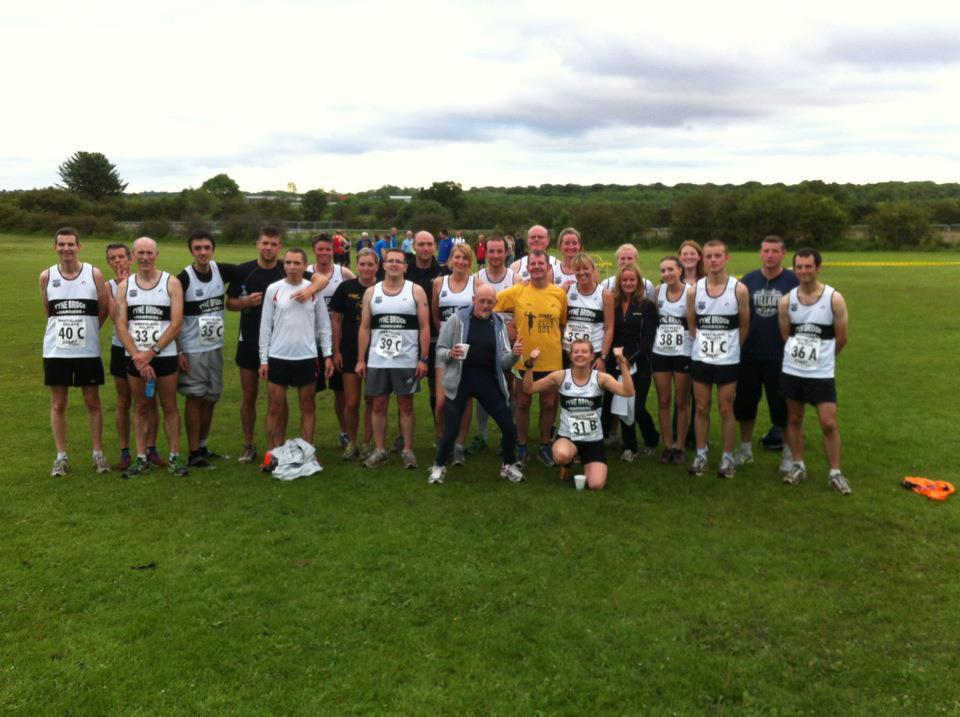 Everyone played there part on yet another fantastic and successful event, including the funniest TBH member of all Dave Rowe, who came along to act as reserve.

The 2nd best shout of the day went to Keith Rooney, as we all started shouting” ROONEY ROONEY” having displayed a better performance for TBH than his distant cousin Wayne did for England in the European championships. But the biggest shout of the day was left for Stuart Dickson, as we all lined up in single file at the finish cheering him on in the final straight. TBH had 10 teams in the Weetslade Relays (out of the 40) which I believe was the most teams by any club. These relay races really do gel the club together and are great fun, with everyone willing to help each other in every way. 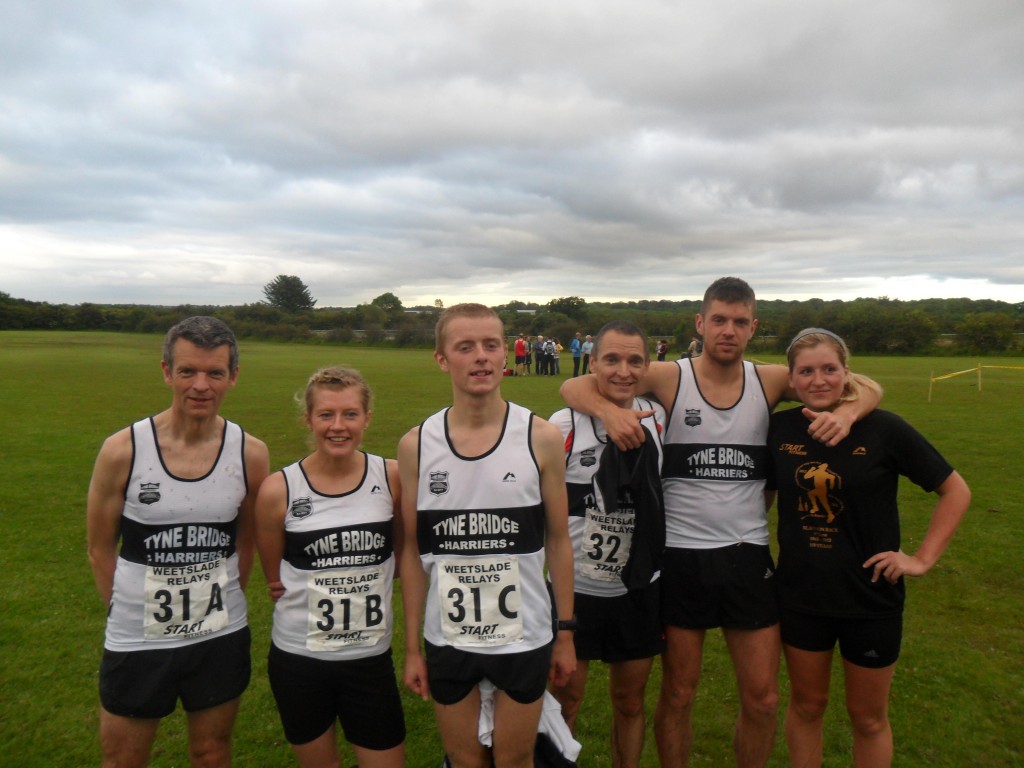 Below are several other photographs taken on night (thanks to Paul and Denise). 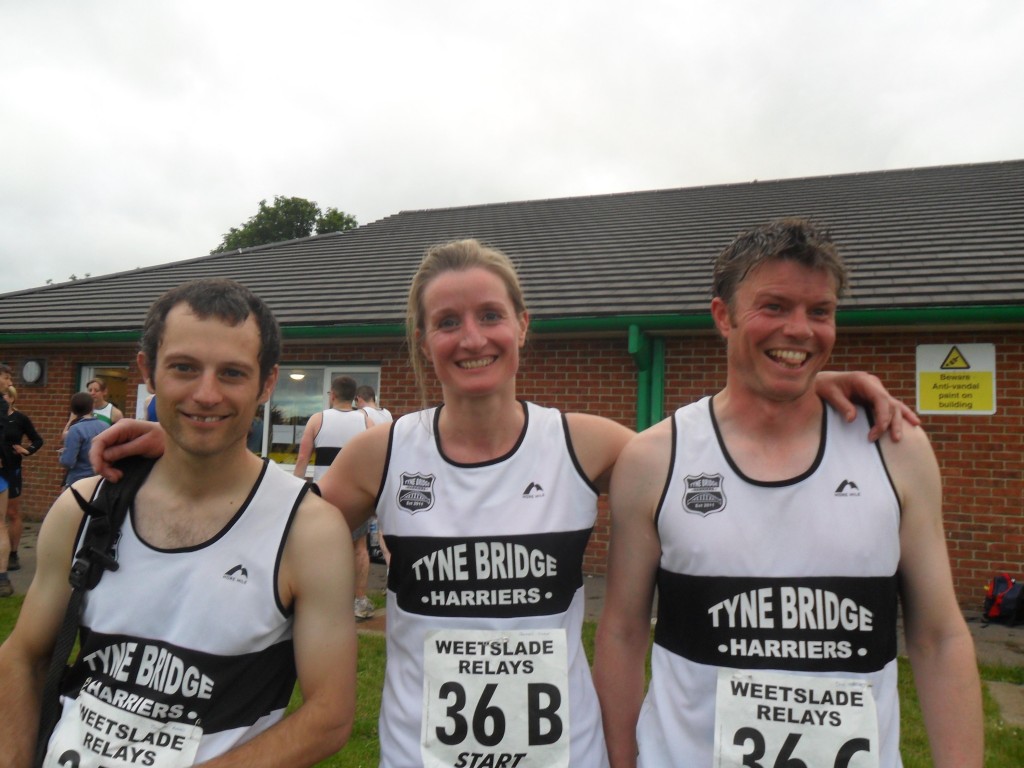 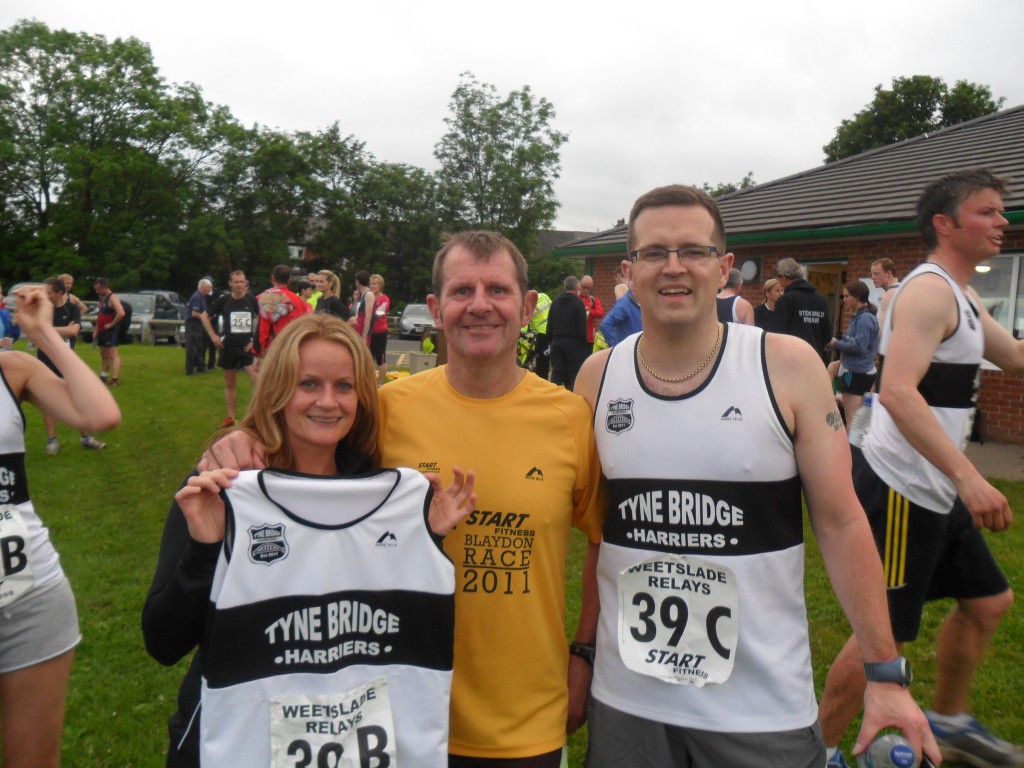 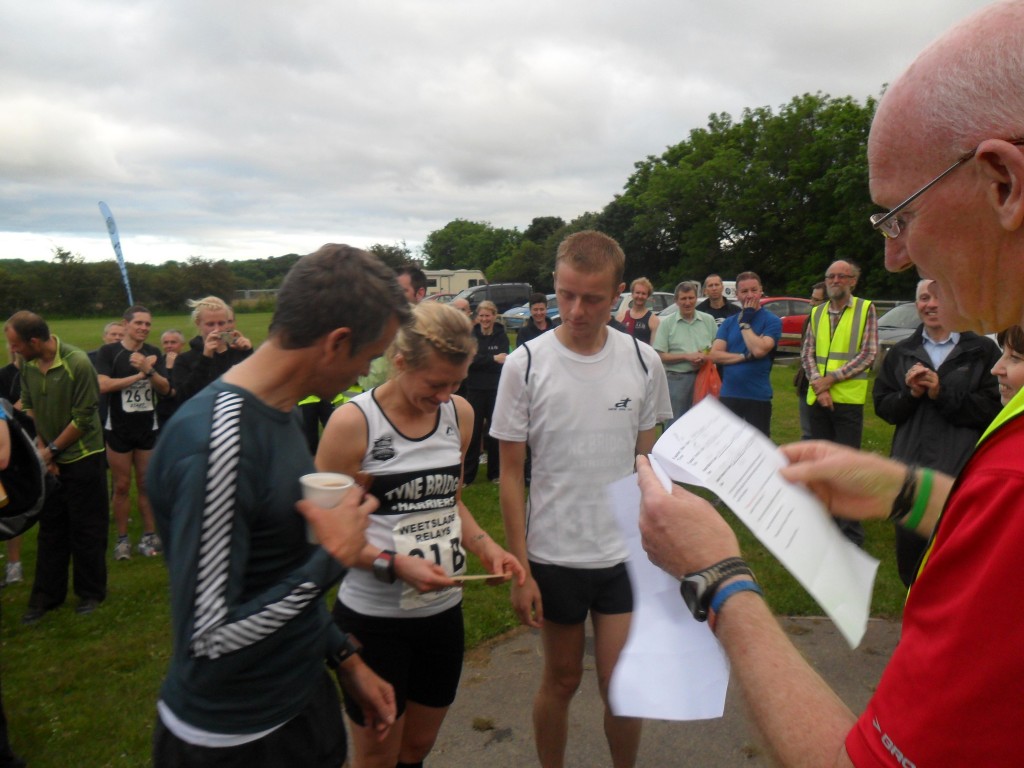 The ‘A’ Team love it when a race plan comes together