Terry O’Gara, the Chairman of Wallsend Harriers sadly passed away on Sunday 22nd January following a short illness. He passed peacefully in the company of his family. 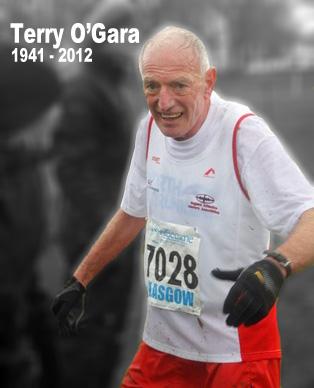 Tyne Bridge Harriers would like to send their condolences to Terry’s family, Norma, Kerry, Steve, Paul and their families at this time.

Terry was a true inspiration to many and a number of members at TBH had the fortune to train & run with him at some point in their running careers.

Terry most recently represented England in the 24th British and Irish Masters International Cross Country in Glasgow on 26th November 2011 & secured a silver medal position in the individual V70 category and a GOLD in the V70 team prize.

A lasting testament to a dedicated & fantastic athlete.

Last nights training session at Tyne Bridge Harriers was preceded with a one minute silence as a mark of respect & in memory of Terry.