NEHL: Cramlington : Results & Report – Straight in at NUMBER ONE!

Straight in at NUMBER ONE!

Never in the history of the North-East Harrier League has a club in Division Three won, outright, the team competition. Until now that is… We did it! With many of our fastest runners unavailable, the men won the team competition, beating Gateshead by only 4 points. Every place gained over the six miles counted towards this historic victory. The women’s team, made up, mostly of runners who were making their first venture into cross country running, chalked up a fabulous result which placed them 3rd in division 2. A charge for promotion must be the target this season.

I heard several of our newer members express their surprise at the size of this event. In a nature reserve in East Cramlington, a sea of tents, flags, runners and supporters were gathered. I have always enjoyed the friendly craic that ensues when athletes from all of the different clubs gather together on these occasions. 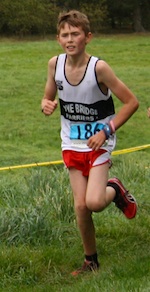 As the gun cracked to start the combined under 11 and 13 year old boys, we raced across to shout support for the (long term) member of the club Leodhais. He was running against lads who were older, bigger and physically stronger. Did that bother our young star? No way! He ran with a maturity and assurance that will stand him in good stead as he progresses through the age groups. 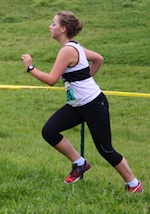 He finished the race in 26th position (out of 50). A stern test against older runners, but one he came through with flying colours.

Next up was our other young gladiator, Victoria Waugh. Still working her way back to full fitness after injury, she battled hard through the field with her mam shouting herself hoarse. This will be a useful stepping stone for Victoria as she works herself back to full fitness. We will enjoy watching her progress in the rest of the Harrier League races.

The men lined up with an air of quiet confidence. Kenny had predicted that the team would win outright. His judgement was spot on. From the gun, Jack and Sparrow were at the sharp end of the competition. What a sight, the black and white vests were up and flying. A club that did not exist at the start of the last cross country season represented by two runners who have never run for any English club other than TBH. 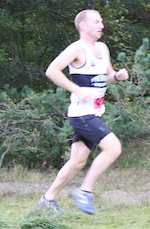 I kept an eye on them for as long as I could but they soon were out of my sight. The course was fairly fast with no serious hills or mud. I was locked in a battle with our friend, Brian Hetherington (Wallsend Harriers) and I was wondering what was happening ahead and behind me. It was hard to see as there were so many twists and turns. The support all of the way ‘round was exceptional. The lasses must have worn themselves out running around and shouting before their own race! I was lifted by my little boy’s shouts of, “Go on, Tyne Bridge” as I entered each new lap.

I crossed the line, happy with my performance and eager to find out what had happened ahead and behind me. Well, Jack had made a real mark on the North-East running scene. Silver medal position in his very first race! Sparrow showed that his PB in the 5K last week was a sign of a huge step up in class. He secured 4th spot with a blistering final 400 metres. 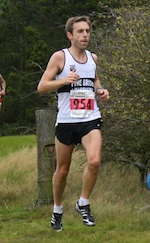 Andy Harrison, running his first cross country race since school days, showed his class with a 38th position finish. There is certainly more to come from this runner who has quietly worked his way to be one of the men that we will be looking to this season for performances that will gain us promotion.

Super-vet, Kenny Mac ate up the ground today. His run of form continued with a swashbuckling performance that put him in 5th position for the veterans’ individual competition. Note that he was only 20 seconds of 1st place! Running from the medium pack he cut his way through the field to finish in 44th position. 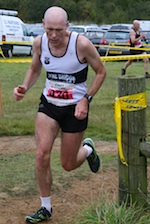 Run of the day for the men was from (in my opinion) Dave Moir. He also ran from the medium pack and finished in 80th overall. He is in the best form that I have ever seen him in and he relished the blood and guts of cross country. The look on his face seemed to say, “Is that all you’ve got? Make it tougher next time!” 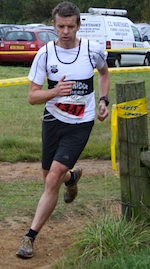 Keith Smith also chased down many runners who had a 2 1/2 minute head-start as he finished in 77th spot overall.

Every runner in the TBH men’s team who finished the course contributed to the overall team victory that was announced later in the day. Take a bow, David Appleby, Mark Reynolds, Chris Graham, David Young, Mark Allison, Mark Grassie and Brian Scott. It was a pleasure walking the course, sharing the banter and running alongside each and everyone of you.

We barely had time to wipe our brows before the ladies stepped onto the stage and delivered a performance that put the icing on the TBH cake. Joy Fenwick led the charge on the first lap. She was in the top ten before her body wouldn’t respond to what her heart was telling her. She is a top class runner who just needs a little more time and training. WE WANT TO SEE YOU BACK TO WHERE YOU BELONG! Joy said that this was a, “Wake up call.” She knows that she is lacking fitness but the fire is back in her belly and we will see some wonderful performances before the season is out.

With Joy out of the race, it was a thrill to see the growing strength in depth of the women’s team. Emma Moir

had to match the performance of Dave and she did so by leading the black and whites with a superb 24th position finish. Another contribution to the day was her providing the lads and lasses with homemade flapjacks after the race. Brian Scott will have to bring his pies to the next fixture!

Carolina-Sassy Freeman was a revelation in her first outing for TBH. She was smiling for most of the race (surely she’s not trying hard enough?). She is working her way back to full fitness but put down a tremendous marker and chased Emma home securing 42nd position. 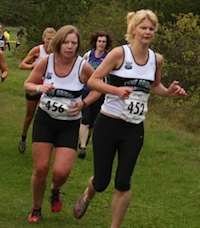 The ever-reliable Kerry Reed was as classy as ever and seemed to hardly break into a sweat as she crossed the line just inside the top 60.

Lisa Walker continues her journey back to the sort of form that won her prizes in previous Harrier Leagues. It’s fair to say that she never looks happy during a race but she assured me that she DID enjoy the 4 miles across the fields.

The women’s team finished 3rd in their division out of ten teams. A few months ago, we would have been glad just to finish a team but to be in a battle for promotion right from the first race… well we were in a field of dreams today. 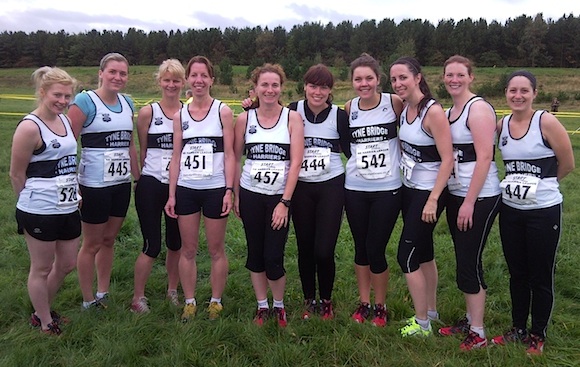 Many of our newer members found out something that we hadn’t mentioned before the race… It’s really hard running cross country! Four miles across fields is a LOT harder than running on the roads. You all did us proud – Denise Waugh, Caroline Clapp, Megan Walsh, Samantha Collier, Judith Smith and Sarah Kipling. You have all set a benchmark today and you will all improve as the season progresses. A fabulous team spirit and the bottom line is, are you looking back on today with a smile? I know that you are – CONGRATULATIONS!

Permanent link to this article: https://www.tynebridgeharriers.com/2011/10/09/nehl-cramlington-results-report-straight-in-at-number-one/