On a crisp icy day with temperatures hovering around freezing, 9 juniors showed us their grit, determination and running talent.

Unfortunately our u11 boys were indisposed due to illness and injury. However we had u11 girls in abundance with 7 participants. 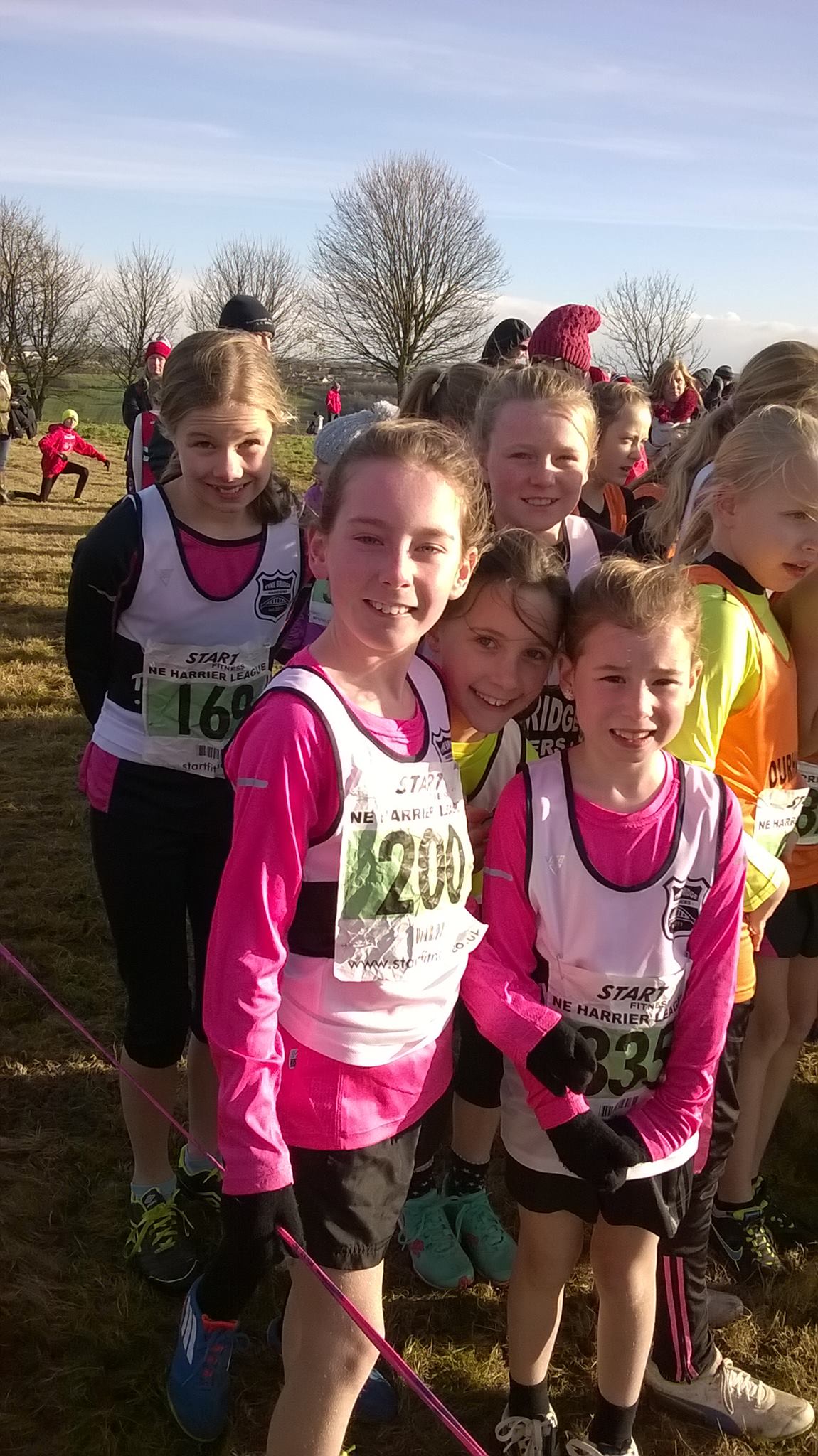 Starting the charge was Imogen Bungay finishing a fantastic 14th with Amelia Short hot on her heels finishing a proud 17th.  Anna Dorman performed a graceful but unintentional backward roll half way round the course, to finish in a respectable 39th.  On hand to give moral support as Anna tried to work out which way was up, were Lauren Bird (40th) and Hope Moir (49th).  Hannah Cherif, on her TBH debut, came in 73rd and Sydney Bungay was 74th.  Great running from our girls, several of whom were running against girls much older than them.

Finlay Dorman was unavailable for selection this week for the U13 boys as he was off on national duties (well, actually, he had a cold!).  Likewise TBH U13 regular Kieran Wilkinson was also unfortunately not available.

Finally the U15 boys, and it was great to have 2 runners in this age category for the first time.  Just need to try and sign one more runner and TBH would have a very impressive team.  Jake Dorman and Leodhais MacPherson gave the race everything they had.  When asked afterwards which was the hardest bit of the course, Jake’s answer was “all of it”.  Jake, making his debut in the U15’s, finished in 3rd place, getting a lovely medal in the process.  Fast pack next time Jake!  Leodhais had a brilliant run from the fast pack, to finish 8th on time.

Back for more next week at Druridge Bay!

Permanent link to this article: https://www.tynebridgeharriers.com/juniors/aykley-heads-race-report/