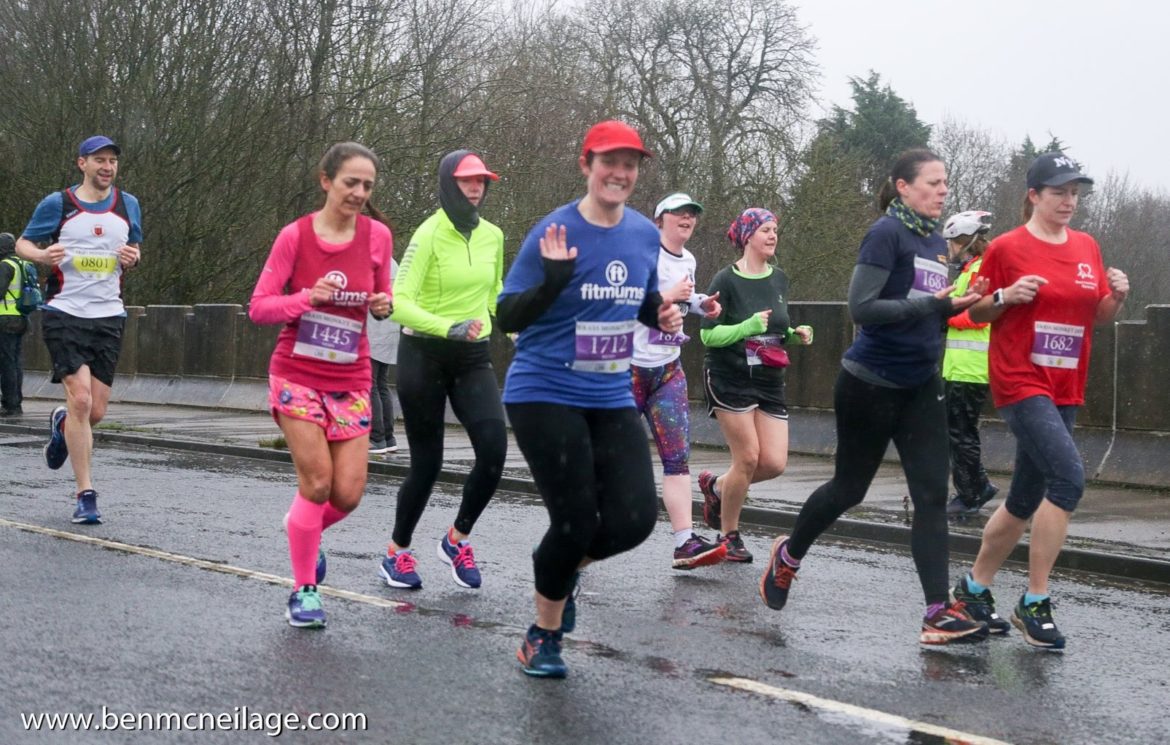 The power of Positive Thinking

Reflecting on Sunday’s race, if there’s one thing I’ve learnt, it’s to ignore the stuff out of my control – the weather, other runners – and focus solely on myself and the race in hand.

Since my last half marathon in 2019 (recording 2:53 at London Royal Parks Half) my long training runs have been few and far between, and instead my attention has been on attending the club Group 5 sessions and working on my speedwork. With the Brass Monkey (BM) having a cut-off time of 2:45 I must confess I initially had anxieties about whether I should do the race, but a recent 10 miles training run – during which my pace indicated a sub 2:45 – put me in good spirits and I decided to give it a go.

Those good spirits were tested to the limit on Saturday though, as my pacing duties at a very windy Newcastle parkrun brought back memories of last year’s BM event when it seemed to be gusty for the entire race. However, Sunday’s forecast was for light winds, which would be a relief to all those running the 13.1 miles. I travelled to York on Saturday afternoon, hoping a good night’s sleep and avoiding travelling early doors would benefit me during the race.

The morning of the race, and persistent rain meant I arrived at York Racecourse in a downcast mood. Will I finish? Will the sweep vehicle be on my back the whole way, itching to sweep me up? But my mood lifted when I met up with my Tyne Bridge Harriers club mates and we headed to the start area. Despite misjudging a leap over a large puddle close to the start line, and having wet feet before the race had even started, I knew I would be fine once we got underway.

With water stations positioned at 3, 6 and 9 miles I decided to break down the race into 3 sections, aiming to have walking breaks whilst taking on water, just as I had practiced during my last 10 miles training run, and set myself a target pace of 12.12 for the race.

The first mile was a whirl, with the marshals and supporters creating a fantastic atmosphere. But I’d gotten so swept up in it all that my first mile was completed in 10.34! and I knew I would have to reign it in if I was to last the distance.  Settling into a comfortable pace, I ran over the first bridge along the route which I’m sure I had to walk over last year, so that gave me early confidence the race would go well. As did the improving weather conditions, with the sun peeking out from behind grey clouds.

I buckled down and kept it steady for the next few miles, including taking on water at 3 miles as planned. One of my favourite sections of the course is Acaster Selby (around mile 5) where runners go through a mini tree lined area of country roads. During last year’s wind affected race, it resembled running through a wind tunnel but thankfully it was a lot easier this year.

And when you get past this section of the course, you realise it’s about to turn around and head back towards the racecourse.

Miles 7 & 8 became quicker, bang on 11.40 for both miles. At this point I still felt strong and confident of not only out-running the sweep vehicle but also beating my half marathon PB of 2:40. I received a real boost when the school children of Appleton Roebuck turned out in theirs droves to support the runners.

Despite stopping for water at the final water station, my splits for miles 9 & 10 were identical, and I passed through the 10 miles mark in 1h 55m, a full 10 minutes quicker than my recent training run. Usually in races I get to 8 miles and begin to struggle, but not today. 10 miles had passed and I was still running strongly, passing all the places where I’d had to walk during last year’s event.

I had plenty of company around me as I started the final section of the race (‘just a parkrun to go’ I told myself) and we encouraged each other to keep pushing on. Spookily, my splits for miles 11 & 12 were also identical, and as I ran up the final bridge along the route I knew there wasn’t far to go.

Turning into the racecourse for the final section, I could make out someone behind me and made one last effort in the hope I wouldn’t be taking on the line. And then I looked at my watch.

It still feels like a dream. I gave it my best shot and a little self-belief goes a long way. Who knows when or if it will happen again, but we’ll see.

I have definitely noticed an improvement in my running since attending more Gp 5 training sessions and can only recommend it to others.

Permanent link to this article: https://www.tynebridgeharriers.com/2020/01/16/brass-monkey-race-report/