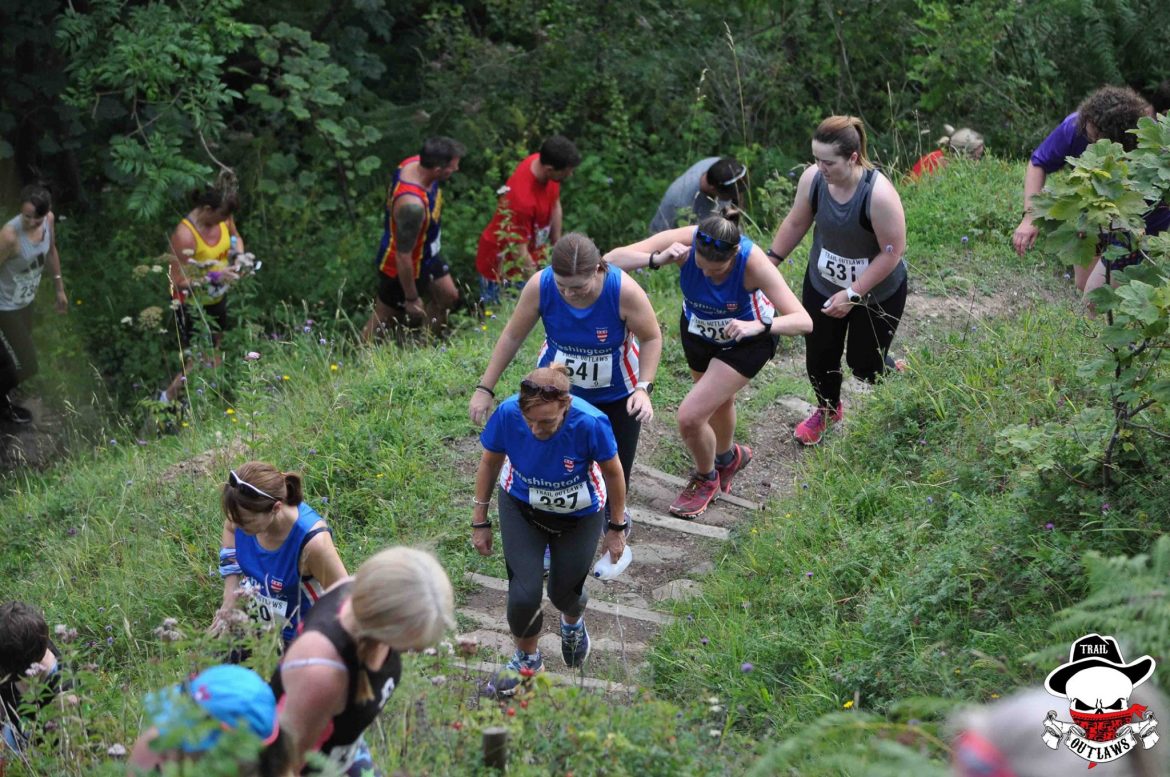 The race, organised by Trail Outlaws, is now in its 4th year, and judging by the over-flowing car-park and queue of runners waiting to be registered, it appears to be gaining popularity with every passing year.

Starting and finishing in Hawthorn village, the undulating, multi-terrain route lends itself more of a test of endurance rather than a flat out 10K slog; leading runners through dense woods and along the picturesque north-east coast line. But be warned, as those picturesque views come at a price. 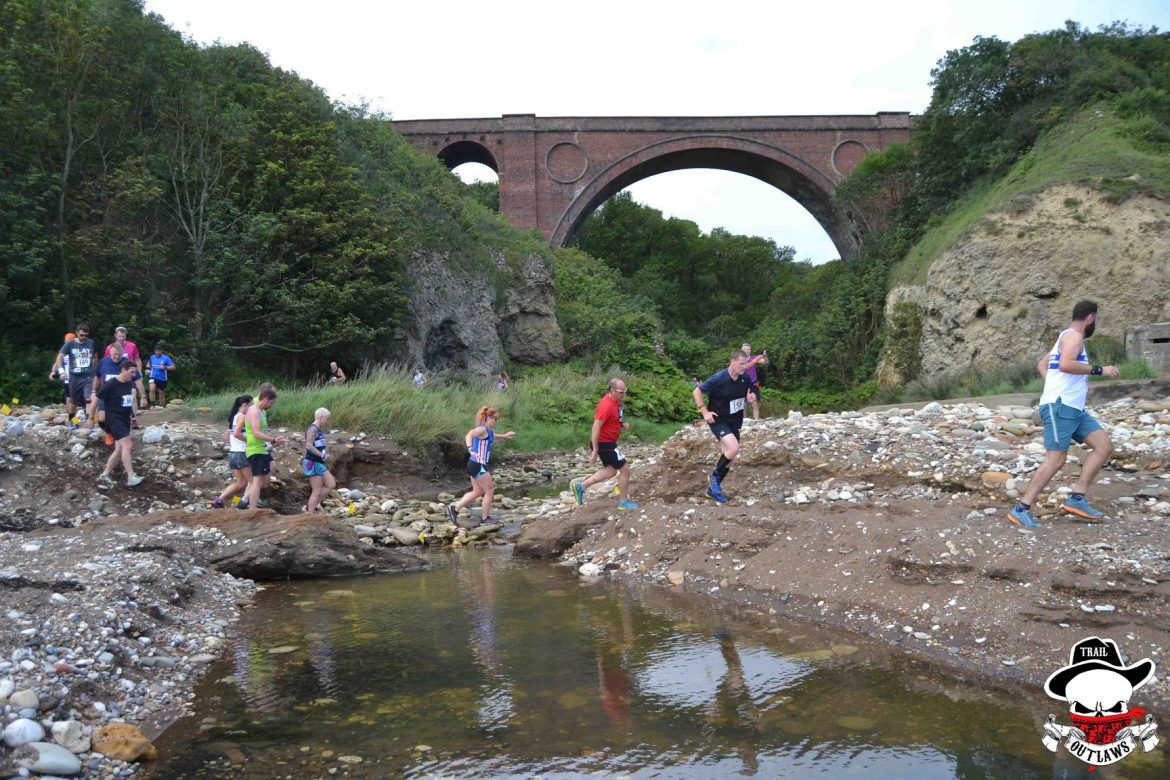 After you. No, after you.

The first two miles of the race head towards the coast, gradually dropping down to the shore, where after a perilous water-jump (above) and a brief spell of running over rocks and pebbles, the course follows a set of heavily steeped steps leading up to a cliff top coastal path (below). Having reached the top step, with your body feeling as if it’s recently poured jelly, the relatively flat path is an opportunity to regain control of your legs and take in the magnificent views along the coast-line. But all too quickly your inner calm is shattered by a marshal pointing you in the direction of a set of rocky steps leading back down to the shore line. Although not as steep as the earlier set, they still present a challenge of their own, as a tumble here would not only result in a loss of pride but undoubtedly your front teeth too.

Having safely navigated the steps and reached the bottom, you’re greeted with an eerie view, as there’s not a grain of golden sand to be seen. Instead, the beach is made up from a mixture of shingle and rocks, which makes finding a firm footing an almost impossible task. The barren landscape is in stark contrast to the views witnessed just moments earlier from the cliff tops, and it’s for good reason why this place was used during the shooting of the film Alien 3. 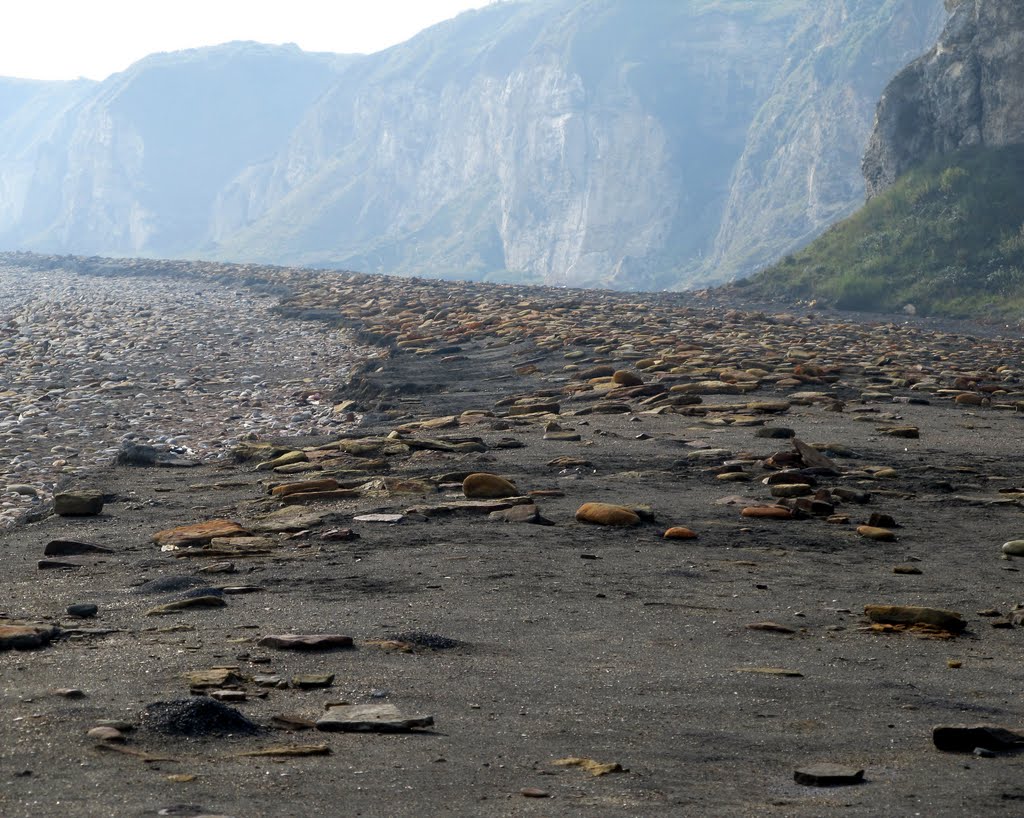 If aliens exist, this is where they’d live. Probably.

After a short, steep climb at the end of the bay, runners re-join the coastal path and head back towards Hawthorn, re-tracing their steps through woods and along trail paths. 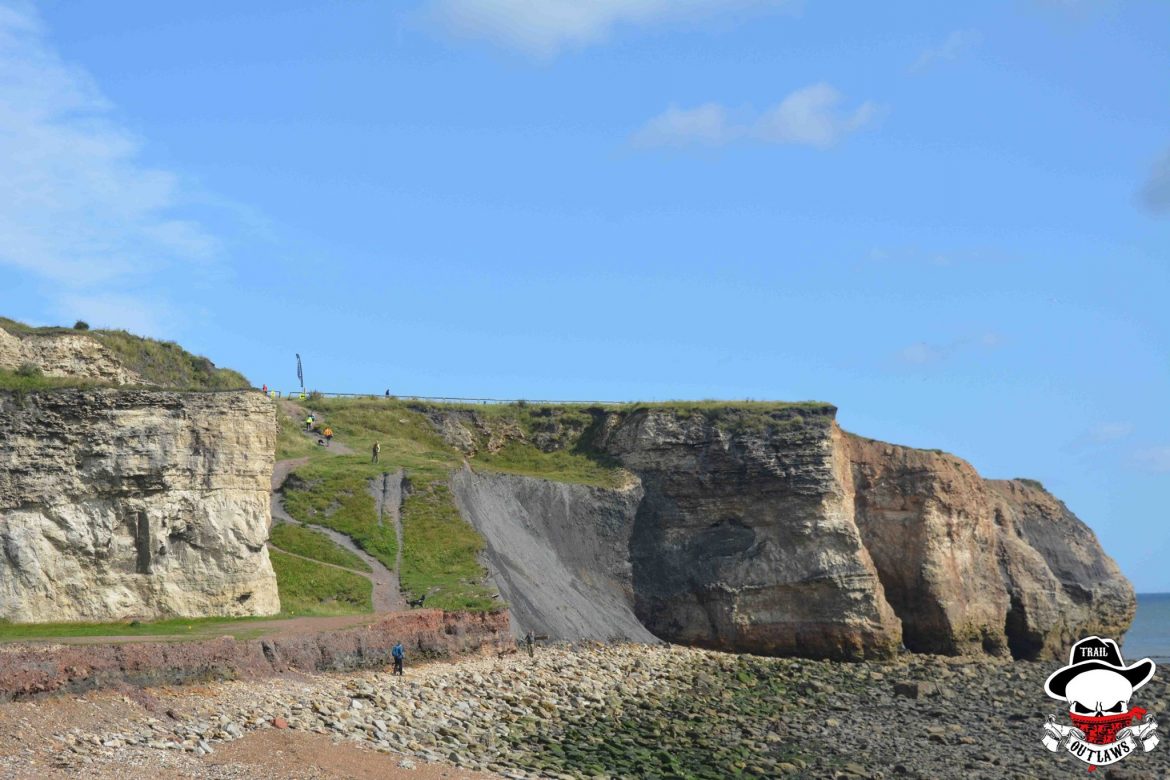 With 200 metres remaining, the course turns onto a narrow access road, rising ever so slightly to the finish line. And as I turn, about 25 metres ahead, is fellow TBH’er, Ben Rea. Up until now, the race has been nothing more than a steady training run, with the main objective to avoid picking up any injuries along the way. But being the seasoned old pro’, natural instinct kicks in and I run like the clappers to hopefully beat Ben to the finish, but it isn’t to be and I trail in several seconds after him.

Even so, I’ve had a terrific time and would definitely recommend this event to anyone looking for an off-beat 10K race. It’s far from being a PB course, but in terms of organisation and general atmosphere, it’s right up there of the best events I’ve done this year.

Permanent link to this article: https://www.tynebridgeharriers.com/2019/08/21/race-report-branches-bays/