Firstly, this race is at Simonside, not at some mysterious “Beacon Hill”. It’s really pretty and has some very nice rock features. I reckon I might have been able to persuade more people to come along had I been aware of that. But as it happened, I was the only TBH shuffling around in Lordenshawe car park on this glorious Thursday evening, feeling a little bit self-conscious among all the hardcore green-and-purple NFRs and red-and-white stripes of Saltwell Harriers, but mainly feeling quite chuffed that the thunderstorm weather warnings hadn’t come to fruition.

I’d been more successful at persuading some non-club running friends to come along, so there was some nervous chatter amongst us as we sized up the competition. My friend Jo and I promptly decided that we were going to be last and took ourselves to the back of the 40-50 strong pack. And then we were off!

The race starts up the main path to Simonside Cairns, stone steps under foot and a bit of congestion. We nipped in front of a few people just as a slightly more “runnable” deer track opened up on Beacon Hill and then we careered downhill again toward the forest. The route then follows a very civilised forestry track for about five minutes before the red and white tape directs you of into some waist-high bracken, which hides a minefield of peat bogs underfoot. Much hilarity ensued as myself, Jo and some nearby NFR and Saltwell Runners tripped and fell and splattered our way back up the steep slopes, hand over hand clinging on to any robust shrubbery we could see. 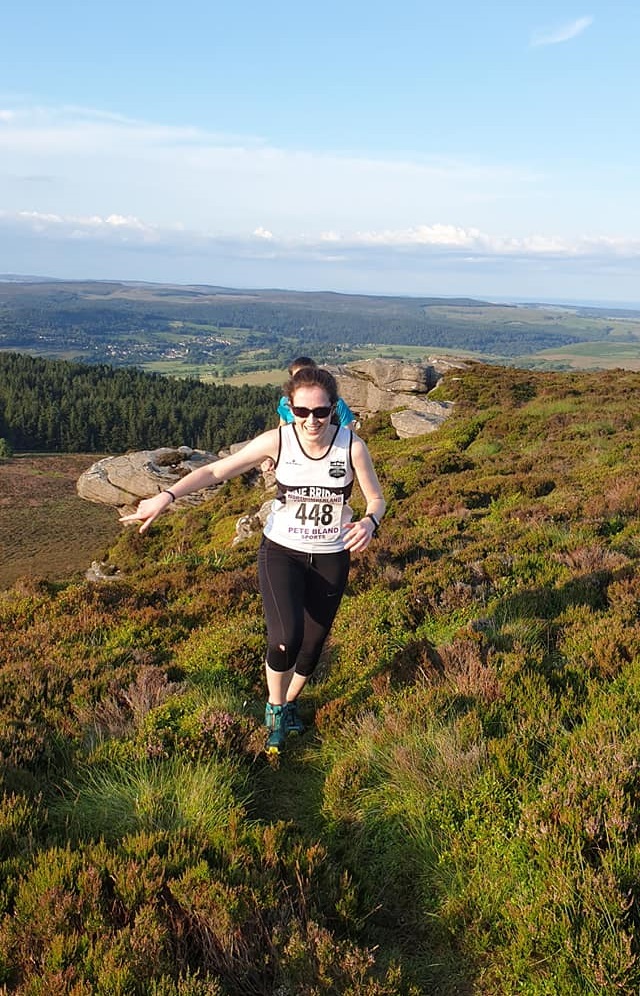 Life on the edge

A brief runnable respite at the top was brought to an abrupt halt as a marshal happily directed us “down the gully” – sorry what? We stopped to clarify – yes indeed we were to go down the steep rocky gully back to the forest. This was good fun: jumping and sliding over rocks and then a nice technical run to the forest. With reckless disregard for my ankles I passed another couple of people, feeling very smug. Unfortunately, I then arrived at a crossroads with no tape or marshals and had to sheepishly wait for the seasoned NFR runners I’d passed to catch up and ask them where to go. 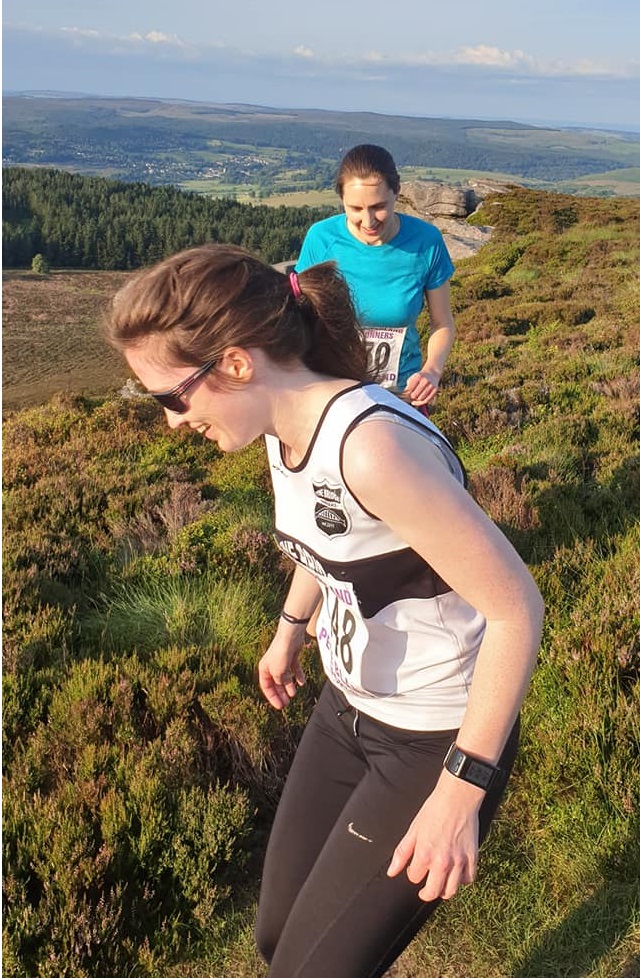 The next section was one of those annoying inclines which isn’t steep enough to justify walking but is still painful and exhausting to run. The ever-helpful Jane Briggs of NFR once again pointed out the race route up through the forest – that was the last we saw of her as she dashed off to become 3rd lady overall. Once you’re out of this bit of forest the route is fairly straightforward, running over the crags and joining the main tourist path over Simonside. There’s a nice respite as you walk up the steep slope to the summit (can’t run that, don’t be silly) and then it’s stone slabs most of the way home.

….well sort of. Instead of finishing down the main stone path that we started up, which would conclude the race at the advertised 6 miles, the race route veers off for another kilometre of undulating grass before finally coming back to the car park. This was a bit confusing and I was knackered at this point, having used up all my remaining energy on what I thought was the final descent. Oh well. That’s fell running. I finished in 1.21 which I was happy with – we’d hoped for under an hour and a half and managed that comfortably.

It was such a nice evening that we stayed around for the prize-giving, and I was glad we did! As 3rd senior lady and 5th overall, the generous prize structuring meant that I received my first ever prize in a race – a bottle of Wainwright Ale and an accompanying sense of glee. Jo got one too, which I was glad about because I had ungraciously abandoned her on the last downhill. It was a great evening and exemplary of the low-key, friendly culture of local fell racing. We weren’t last, but even if we had been there still would have been claps and cheers from those waiting at the finish. I would highly recommend giving one of these races a try! 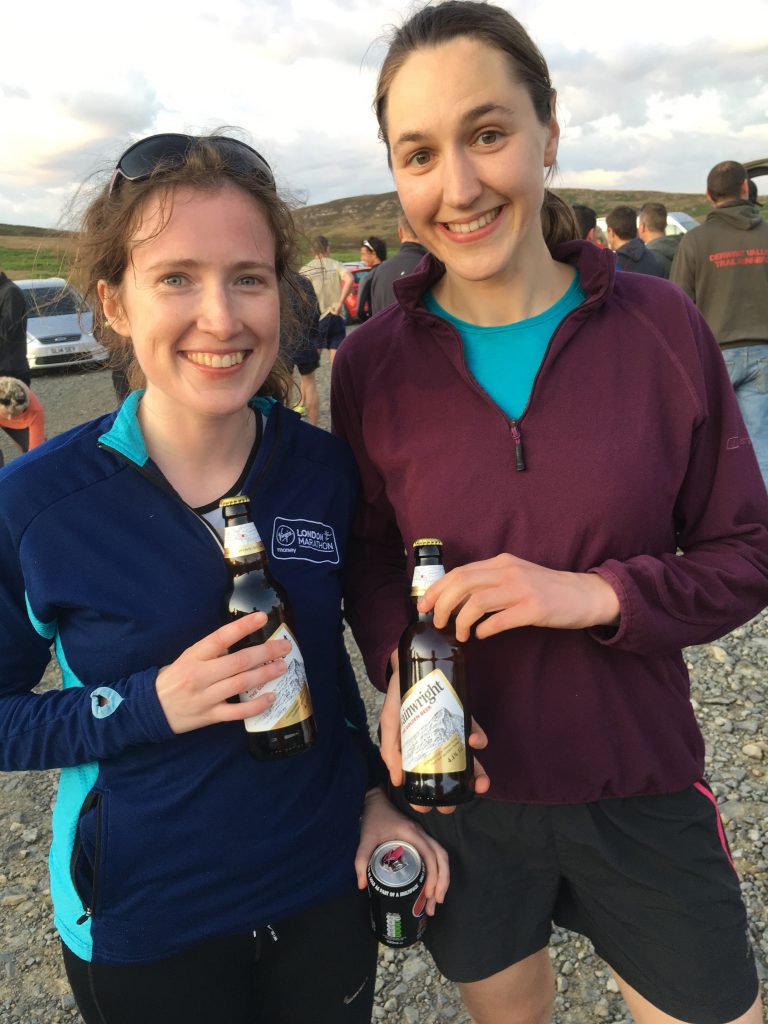 Claire & Jo with their prize

Permanent link to this article: https://www.tynebridgeharriers.com/2019/07/12/race-report-beacon-hill-fell-race/