A Winters Trail – Hethpool to Wooler

Sat on the warm cosy coach heading towards Hethpool, one thought kept popping into my head, “What on Earth am I letting myself in for?”

Surrounding fields were white with a covering of snow, country lanes resembled rivers of slush and tree branches swayed side to side in the stiff breeze.

But then I’d look into the distance, at the imposing views of the Cheviot Hills, and the low lying sun making an appearance from behind the snow-capped hill tops. It was your classic picturesque postcard setting, and one that would either inspire or put the fear of God into you.

Loving all things Christmassy and white, it gave me goose bumps and I couldn’t wait to get going.

Although there hadn’t been any of the white stuff around in November. 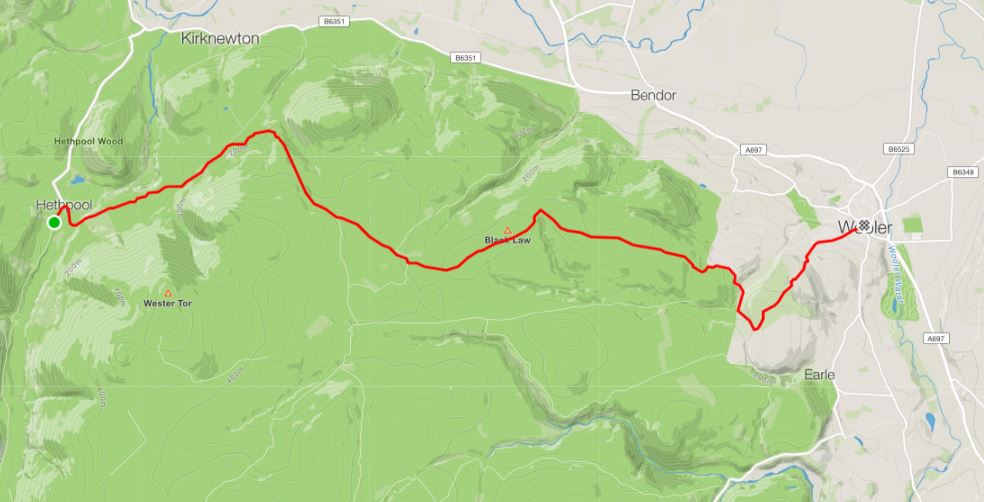 Stepping off the coach and joining the other 200 or so runners (including fellow TBH’ers Adam Jones, Vicki Deritis, Sara James, Elaine O’Mara and the Andersons – Jessica & Sandy), we made our way to a near-by field which was to host the start of the revised race route due to slippery conditions along some of the roads. After the briefest of race briefings we were off, and what became immediately noticeable was the bracing tail-wind on our backs. Already the race gods were smiling down on us!

The first couple of miles were took decidedly easy, in the interest of both upholding my good name by not slipping on the snowy terrain and preserving energy for the arduous climb that would greet runners at the 2 mile mark. I knew from the Wooler Half that it was just as quick to walk up the hill then it was to run – probably more so given the snow and ice that covered the path to the top – so I maintained a steady walking pace, reached the summit and then gunned it. Well, I went from 10 minute mile pace for the first two miles to 7’30 pace for the remainder of the race so it felt like gunning it to me! 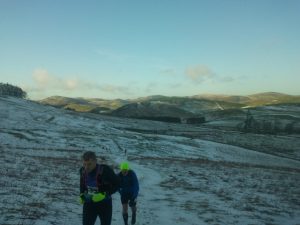 View down the hill 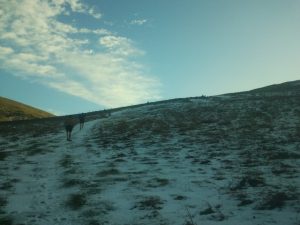 View up the hill

Running along the hill-tops, with stunning views all around me and the sound of crunching snow underfoot, everything seemed to ‘click’ and I became lost in the moment. I won’t become all melodramatic but if you’ve ever experienced ‘runners high’ yourself, you’ll know what I’m on about. Of course, I could be talking complete mumbo jumbo and it may simply have been a side-effect of splashing through too many icy puddles and developing brain freeze. We’ll never know. 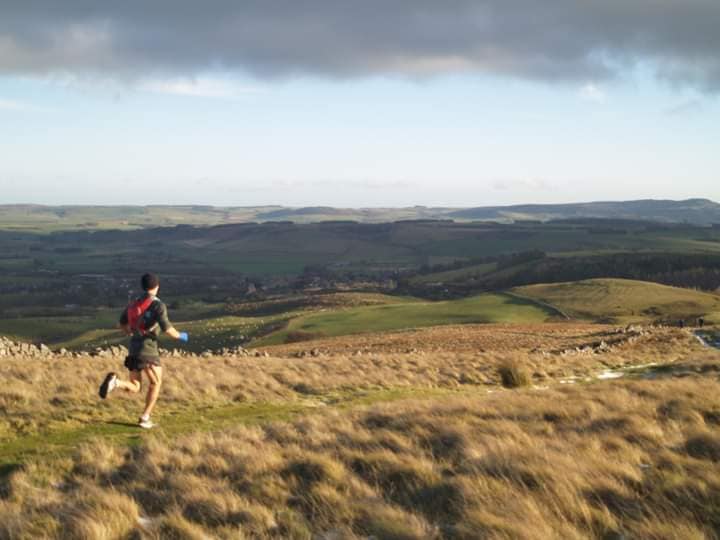 Coming off the hill-tops the route went through Wooler Common (including a gentle climb through Wooler woods) before a long descent into Wooler on a tarmac road.

And all too soon the race was over. I may have missed out on any individual prizes but the marshmallow snowball and handful of chocolates for all the finishers more than compensated for any prize. 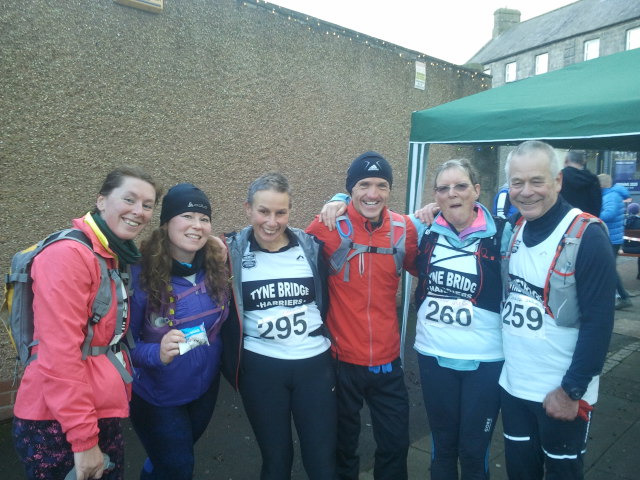 Despite my pre-race anxieties, I absolutely loved this race and would definitely recommend.

The organisation was spot-on, the route challenging – but equally rewarding, and the wintry conditions made for a wonderful experience. And all for a £12 race entry fee too!

Permanent link to this article: https://www.tynebridgeharriers.com/2018/12/18/race-report-a-winters-trail-2018/