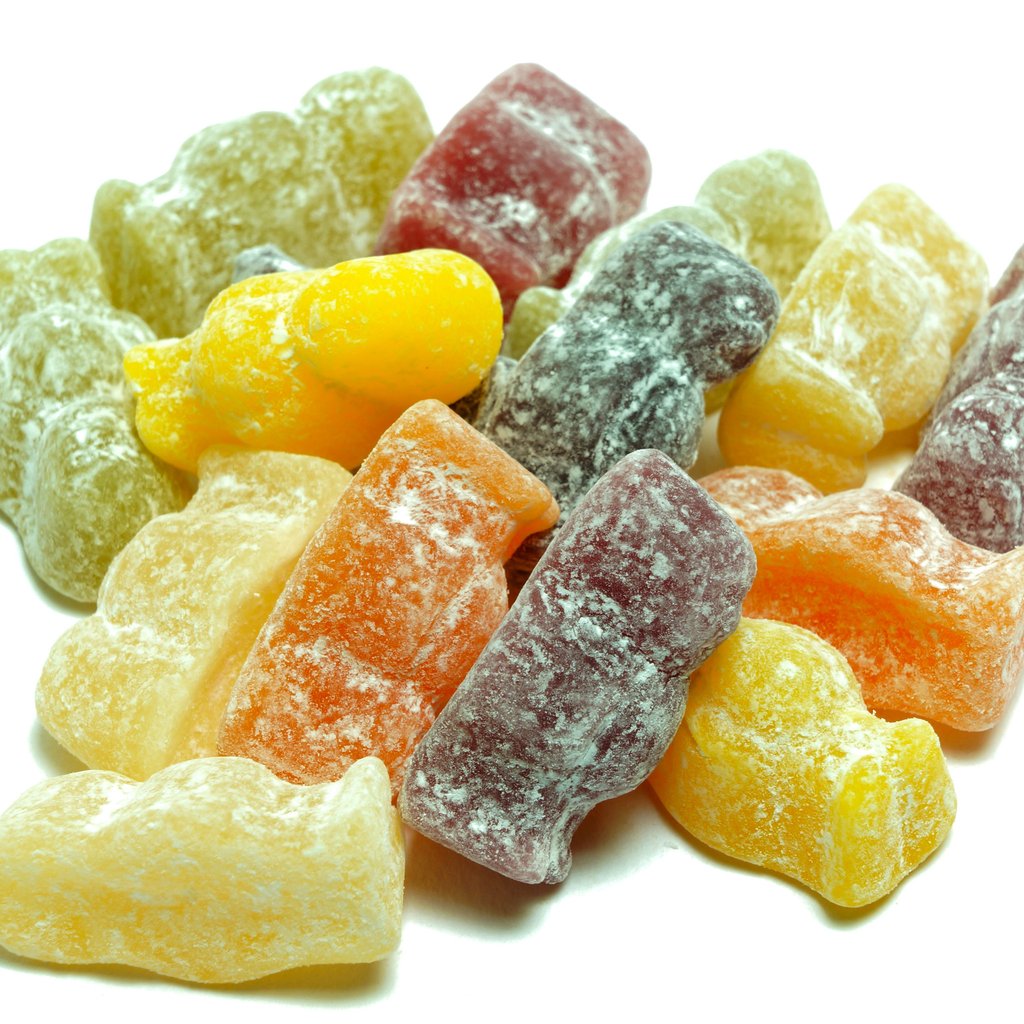 Sleet lashed my face. The jelly babies I had taken to eat at carefully planned points were only slightly softer than the now rock hard energy chewy blocks I wished were chips. I took off my gloves to prise the sugary treats from their reluctant packets, but chewing them was as hard work as putting my hands back into frozen, wet gloves.

And this marathon was unusual for me in that I had not contrived to be ill, injured, or worried in the build-up. Short of a couple of frantic weeks at work, training went well, apart from the sleet, rain, snow, sub-zero temperatures, and a fall on ice that resulted in a mildly sprained wrist. This stopped me from doing press-ups for strength, but it didn’t stop the daily regime of calf raises, squats, and a plethora of moves that made me look like Kung-Fu Panda. I was, for once, ready.

I knew I was ready as two weeks before the big day, I completed a local 10k, setting a personal best. This was my Goldilocks training run; everything was just right. Chatting with Kenny Chambers, he reckoned that in London, your name printed on your running vest is worth hundreds of personalised cheers, and I took his advice. He should know; he had been on every highlights reel from the previous year, and he misted over as he recounted the crowds, the noise, the iconic sights. He reckoned that I would love the day, too.

Relaxing for me on a race morning means a carefully orchestrated sequence of events, each dependant on the previous. I have to brush my teeth before I put the menthol balm stuff on my legs, which means I have to have my breakfast early, and… there have been weddings with less fuss and faffing on. But I love every moment of the process, ending on dynamic stretches, ceremonially donning my race vest and club jacket, and taking to the streets. 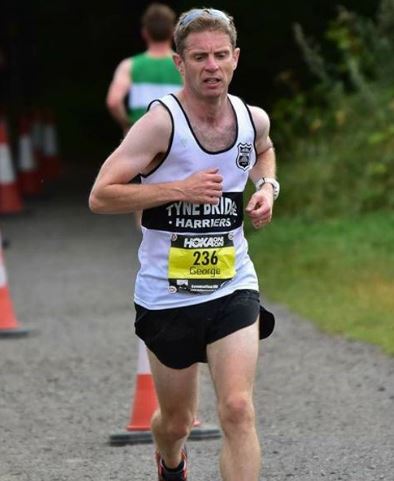 Outside, the hairs on the back of my neck bristled with the electricity of being part of something huge. We were staying at a hotel at the twenty three miles marker, and this was where Helen was going to watch. She knew that by then, I might not look too good. My legs would be burning, the sweat on my face would be crusting around my lips, so that every bead of sweat running into my mouth was a salted stream, and every step would be adding to the throbbing ache of my feet. But walking away from the hotel and Helen, emotional as it was, saw me homing to London Bridge Station, and thousands of runners on their way to Greenwich.

The train was packed. Heaving. Everyone had a backpack, issued by the race organisers, and everyone was going to the same two stations: Greenwich, and Maze Hill. The twenty minutes walk to the start loosened up my legs, and I joined a queue for the bag search, and the queue for the toilets. Both were nervously long.

Helicopters hovered above. Big screens beamed the BBC coverage. And worryingly for every runner, a pitiless sun battered runners trying to find shade. With twenty seconds to go, the Queen appeared on the giant screen, and she Royally set us on our way. Enthusiastic clapping from the crowds began, and I did not hear it end for hours.

Three miles in, and I had seen and waved to Lucy T, then Simon Pryde. As the different starts converged, I also bumped into John Hurse, and thousands of other runners. John was planning on running a few seconds per mile faster than I could comfortably manage in this heat, and I let him go. It would be just as well.

After six miles, we ran though Greenwich, and the turn at the Cutty Sark. I had never known noise and support like this. Every name on a vest was screamed. Kenny was right. I wanted to stop and drink it in, but I accelerated, buoyed by the sheer volume. Settling back down to race pace, a race photographer snapped a shot that captures the day perfectly. I look happy.

Fire brigade sprinklers and bottles of water cooled us down before the strengthening sun started to cook us again, and seven miles later, we swung right to see Tower Bridge only a couple of hundred metres away. The previous day, Helen and I enjoyed a walk around here, and that made the thrill now all the more personal. I dared to look behind me, and I froze a sight that looked like a poster for the race in my brain.

Then I caught Scooby-Doo.

At around fourteen miles or so, the leaders were coming back on the other side of the carriageway following the loop around the City district. Mo Farah looked like he was tiring, and as I reached the same point, after the strange section of the race between sixteen and twenty miles, where it gradually becomes acceptable to hurt, suffer and struggle, I kindly shared his pain. If it’s OK for Mo Farah to find it hard, then it was OK for me.

Aching quads became throbbing quads, which became burning quads. I tried to relax, and occasional accelerations spread the fatigue around my body, but once I had cheered a kid in a Newcastle United shirt, and a guy had shouted ‘Toon Army’ at my Tyne Bridge Harriers vest, I admitted that this was becoming an ordeal. In two miles I would hopefully be able to see Helen at that twenty-three miles point.

I ran in the middle of the road, and for the first time, deliberately steered away from the blue line marking the shortest route, followed religiously by the elite athletes. But they aren’t trying to see their wives in a crowd of thousands. I turned my head left and right like an uncertain meerkat, and miraculously, I saw her. Her wide-eyed shouts above the roar gave me the emotional push I needed.

But twenty-four miles on my GPS watch were a wrenching few hundred metres behind the official markers. The accelerations that had helped earlier on were no longer an option; running harder just hurt even more, with no noticeable increase in pace. I decided I was going to enjoy the last two miles. This was about milking the noise from a crowd who could see that every runner was now in their pain cave.

Past the London Eye, around the Houses of Parliament, right at Buckingham Palace, and onto the quietest part of the race; the final two hundred metres. The areas either side are restricted to runners and officials, but I enjoyed this bit. I was alone with some of the thousands of runners who had shared water bottles; passed around energy drinks; offered jelly babies. Perfect. 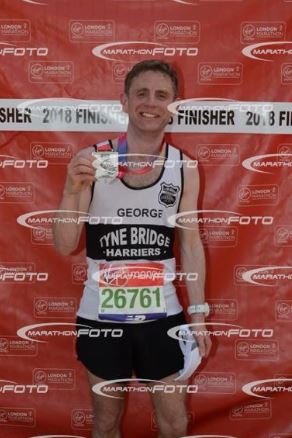 I crossed the line calmly elated. My quads had the sympathy of my insides, and I now felt a bit sick. Medal, goody bag, backpack pick up. Like Bambi on ice, I walked on unbending legs to meet Helen at the family reunion point. To help her find me, I changed into the same finisher’s top that thousands of other runners were wearing, and lay down behind a flag for a charity I didn’t run for.

A beautiful slow walk to Victoria, with people congratulating me on my run, was followed by a chilli burger at Kings Cross with Helen, Claire and her mam. Tired, we arrived back in a Newcastle about fifteen degrees cooler than London. With the last of the race washed from my face, I knew that this was it. It was over. And for the first time in my life, I didn’t really want any jelly babies.

Permanent link to this article: https://www.tynebridgeharriers.com/2018/05/07/race-report-2018-virgin-money-london-marathon/