Marathon Running: A guide for everyone 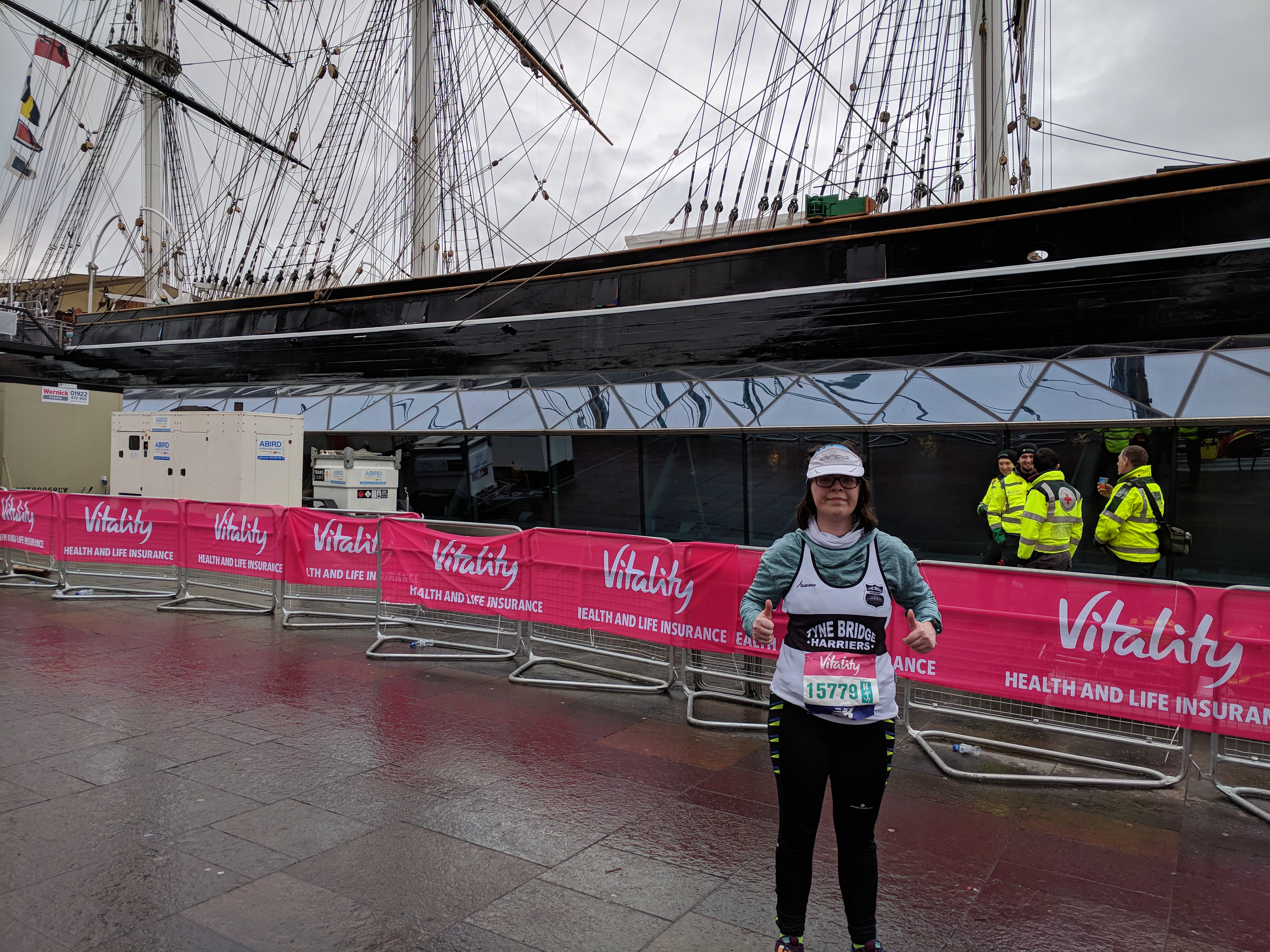 Claire Wynarczyk reports from the inaugural Vitality Big Half.

Well where to begin.
Today, the 4th March 2018, was the Vitality Big Half London, and after a week of shabby weather – where there was a danger of it not going ahead – myself and 11,600 other runners lined up for the first ever Vitality Big Half.
I signed up for this event on the basis that I didn’t get into London Landmarks Half Marathon (which takes place in a few weeks time) and that the Big Half London is organised by the same organisers as the London Marathon as a kind of warm-up race for the big event. That the Big Half uses most of the first half of the marathon route (albeit in reverse direction) and takes runners over Tower Bridge was too big an opportunity to pass.
The road to London was never smooth.
The Big Half was due to be my second half marathon of 2018, but after suffering an injury during my preparation for the Brass Monkey Half Marathon, I knew I would have to forfeit that race if I was to stand any chance of being fully fit for this challenge. Training had gone okay-ish in the lead up to this race, with a few niggles here and there, and having a few easy days this week due to the bad weather/snow probably helped during my taper.
So the race itself. 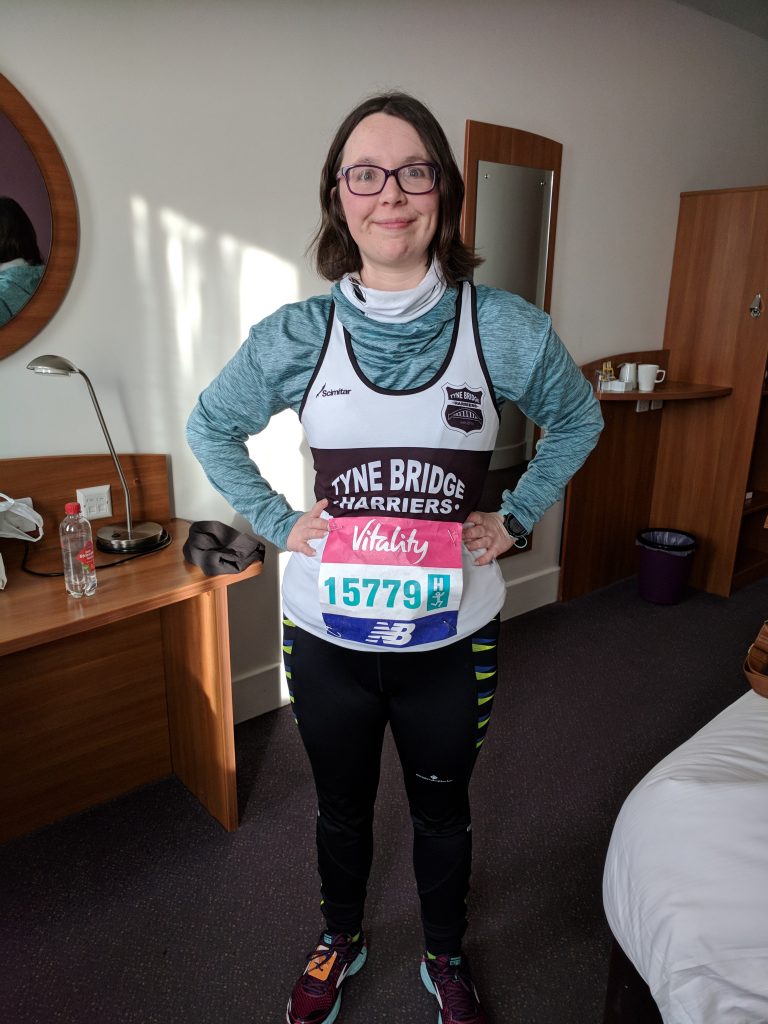 Pre-race, I’d set myself two targets. The first was to achieve a Personal Best (PB), which currently stands at 2:54:11. Failing that, my secondary goal was to run Sub 3 hours. Unfortunately I missed out by 29 frustrating seconds, clocking 3:00:28
But reflecting back, I realise just how lucky I am to have competed the race; that’s the main thing after coming back from setbacks.
My mile splits can be seen below but a quick breakdown of the route;
Started at Tower Bridge, alongside quite a few runners new to the world of half marathon running.
Just as I was about to set-off (Sir) Mo Farah passed me; alas on the other side of carriageway as he headed towards the finish.  Battling against Callum Hawkins, Mo was about to cross Tower Bridge having already ran 7 miles in the time it took me to get to the start line (about 35 minutes). 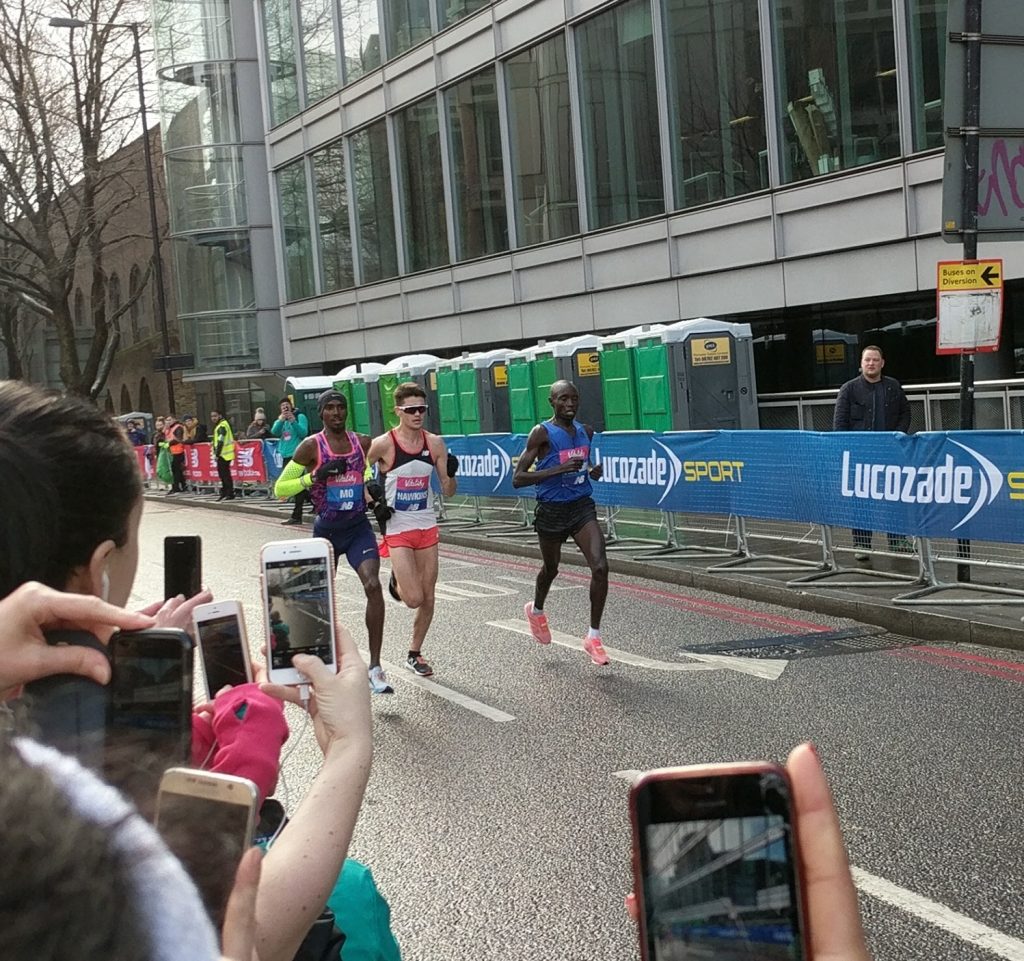 The lead group in action

Mile 1 and 2
Steady run along the highway where I am due to volunteer at this year’s London marathon (13/22 mile points for those racing the marathon) and through the Limehouse Link tunnel towards Canary Wharf.
Miles 2-4
Terrific crowd support around Canary Wharf and I was glad to see Mum so I could get rid of my gloves!
Miles 4-6
Along the highway to Wapping. After a positive start this was where the wheels started to come off but I was still on target.
Mile 6
Cobbles!! That just about says it all.
I had to take a longer route to avoid some slippery cobblestones and then back onto the race route and over the start line. I was still on target – just.
Miles 7-8
Over Tower Bridge! An unforgettable highlight – and I didn’t have to run a whole marathon to do it
Miles 8-10
Along Jamaica Road, famous for being the entry to Tower Bridge on marathon race day. Began to mentally struggle along this section.
Miles 10-11
Took great delight in seeing a parkrun symbol and a “only a parkrun to go” sign on the side of the road. I had 50 minutes to complete the ‘parkrun’ and hit my sub 3 target.
Miles 10-12 were costly as I had nothing to give. Got passed by the 3 Hour pacer but I couldn’t keep up with them.
Miles 12-13 It’s always the same. I feel terrible for several miles but pick up a little when the finish is in sight.
The final 400 metres (Greenwich and Cutty Sark)
I knew I only had a couple of minutes in order to get my Sub 3 hour time, but sadly it wasn’t to be as I felt unwell in the final 100m and had to walk in, knowing I had just missed my target and I could have done better. 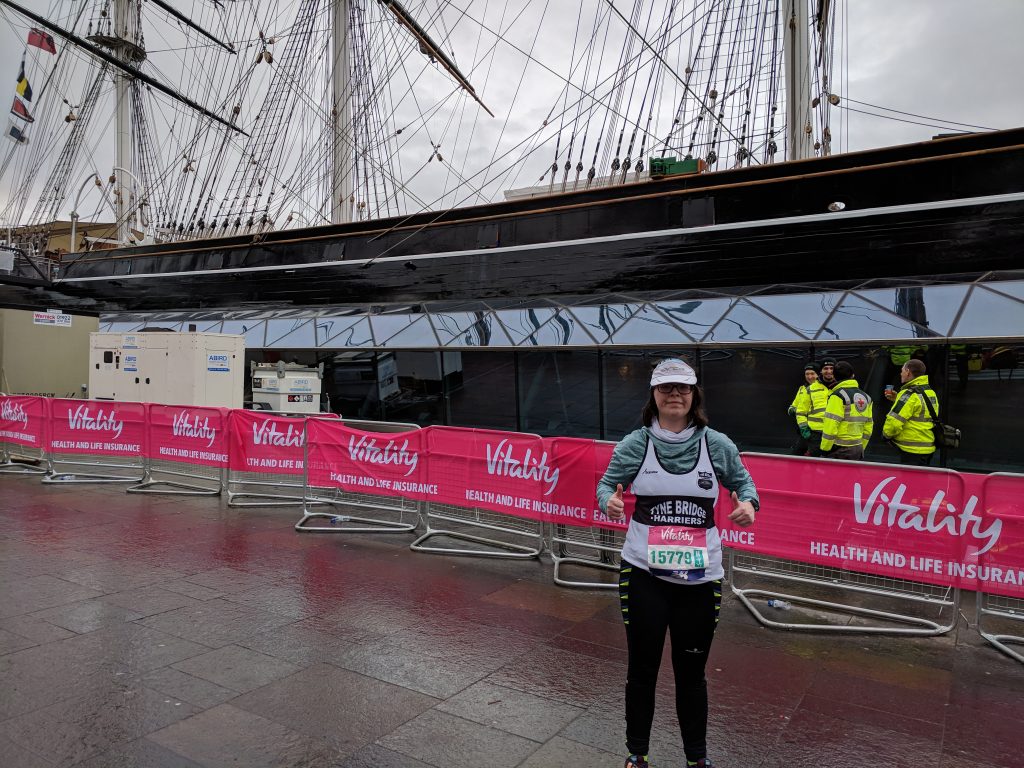 Claire beside the Cutty Sark

It’s a great event, well organised, with a great atmosphere, and terrific marshals and bands along the way.
The runners who couldn’t make it to London due to being stranded by the snow have been given the option to do it virtually and receive their finishers medal.
Would I do it again? Probably as unfinished business.
Half marathons are something that I still struggle with, despite doing four last year and recording two PB’s (Manchester Half and Great North Run).
What’s next?
Dark Skies 14 Kielder (this will be more of a challenge after today’s performance)
North Tyneside 10k
Blyth 10k
Pier to Pier MT
And London 10000! Which I am really looking forward to in May.
Happy running
Claire
Full race results can be found here. 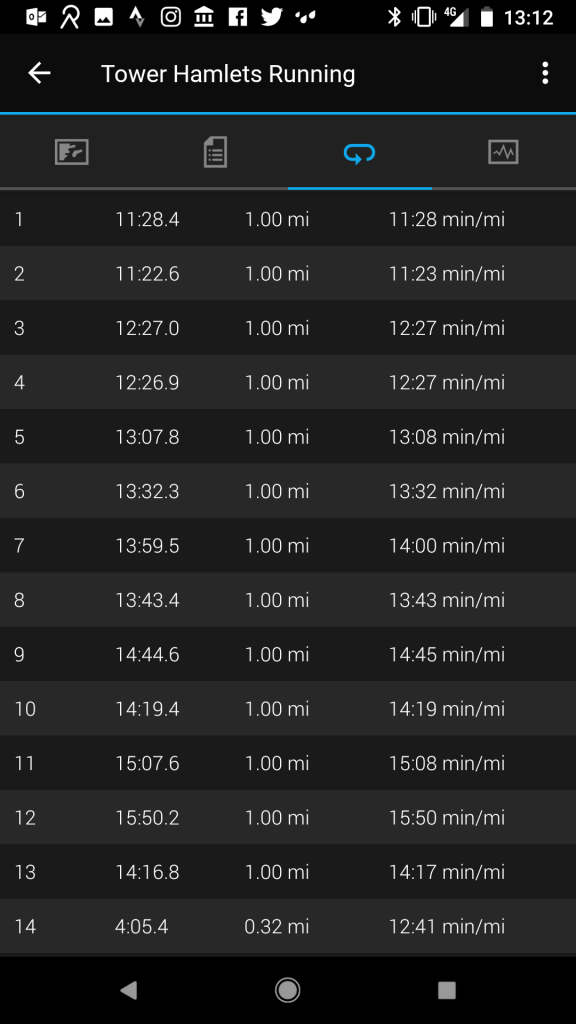 Permanent link to this article: https://www.tynebridgeharriers.com/2018/03/05/2018-vitality-big-half-marathon-race-report/