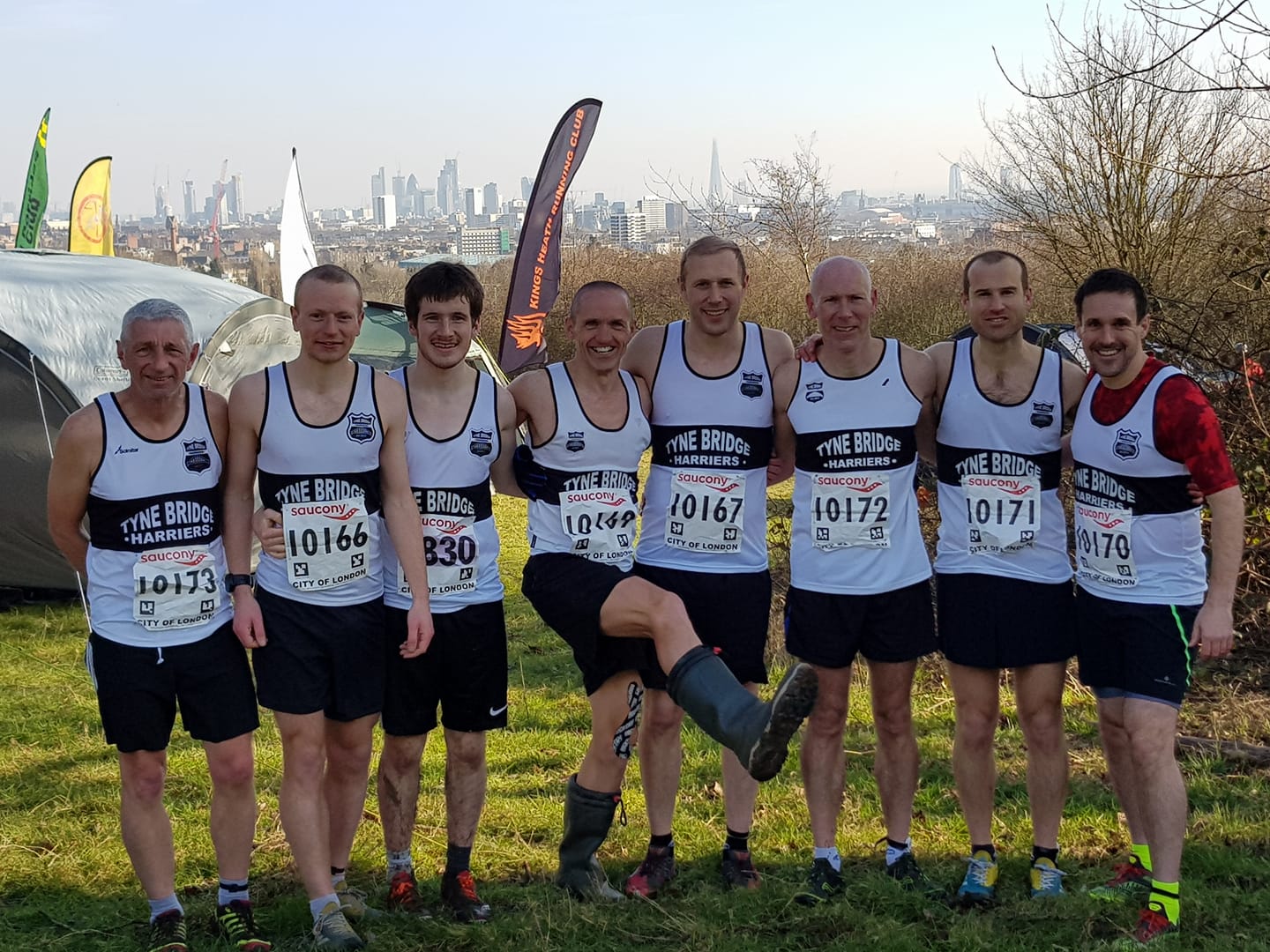 It’s fair to say things were on the parky side as we arrived at London, with a brisk, chill wind sweeping across Hampstead Heath. But on the plus side, it was dry and bright, and the spectacular City skyline more than made up for the adverse conditions.

First to run for TBH was Jevan Robertson in the Junior Men’s race.

This was the first time I’d been away with Jevan and it was fascinating to hear during the bus trip down that he works for the Audi store in Cowgate, has had his eyes opened at the jaw-dropping sights along the Quayside and has already chosen his future wife from the club.

Or I could have been snoozing, and simply misheard things.

Anyway, in a race full of emerging talent, Jevan ran a terrific race, finishing in 172nd position (out of 220 finishers), and will be a welcome addition to the senior men’s team next year. 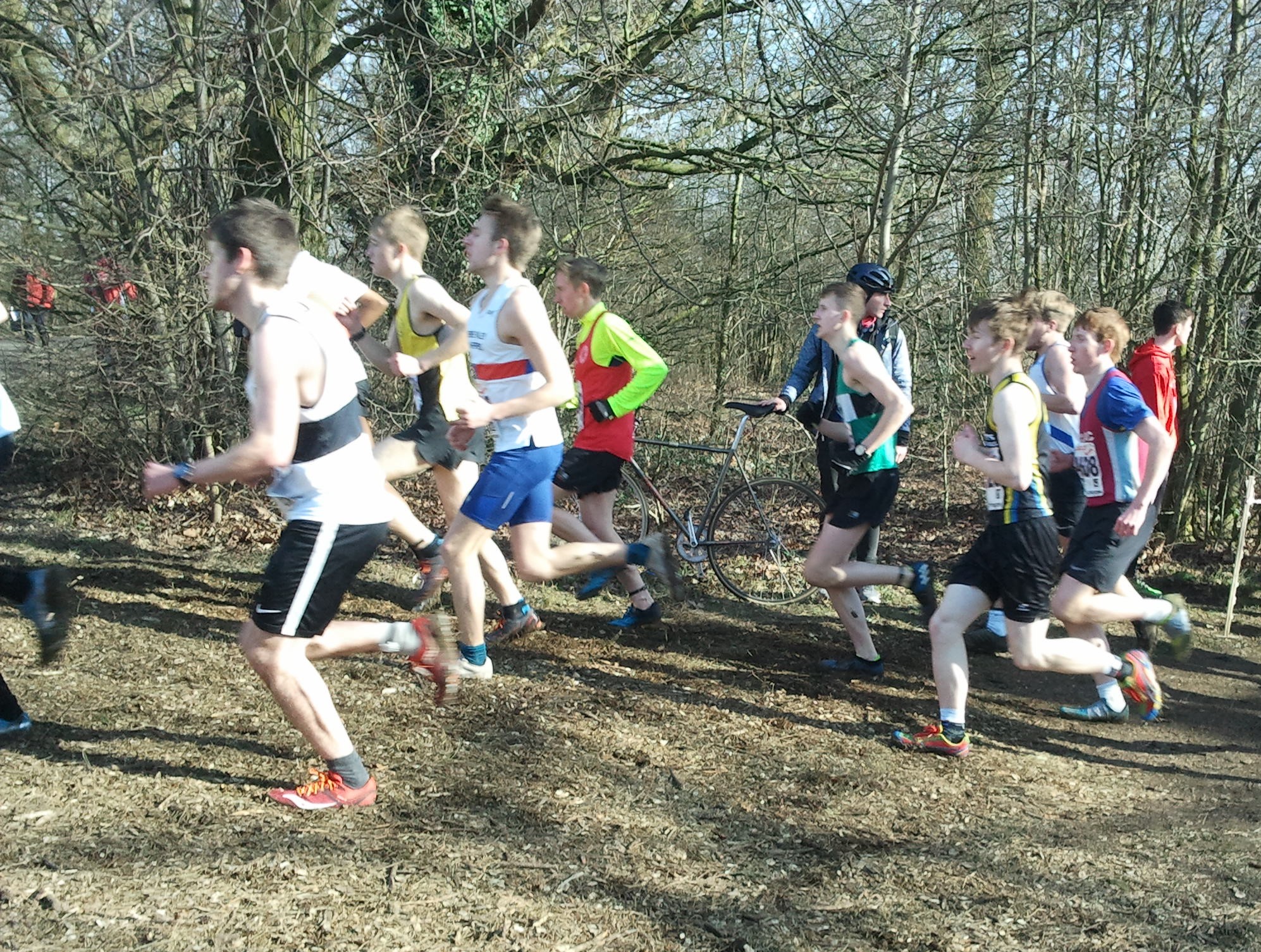 Next up were the TBH Senior Ladies. With four finishers required to complete a team, it was with sadness that one of the members had to withdraw on the morning of the race due to illness. This left the remaining three members, Mairi Clancy, Charlotte Carpenter and Sarah Chadwick, having to run knowing full well they wouldn’t be able to finish a team; never an easy task having travelled so far. Nevertheless, all three performed admirably, with Mairi finishing 258th, Charlotte 569th, and Sarah in 750th position. 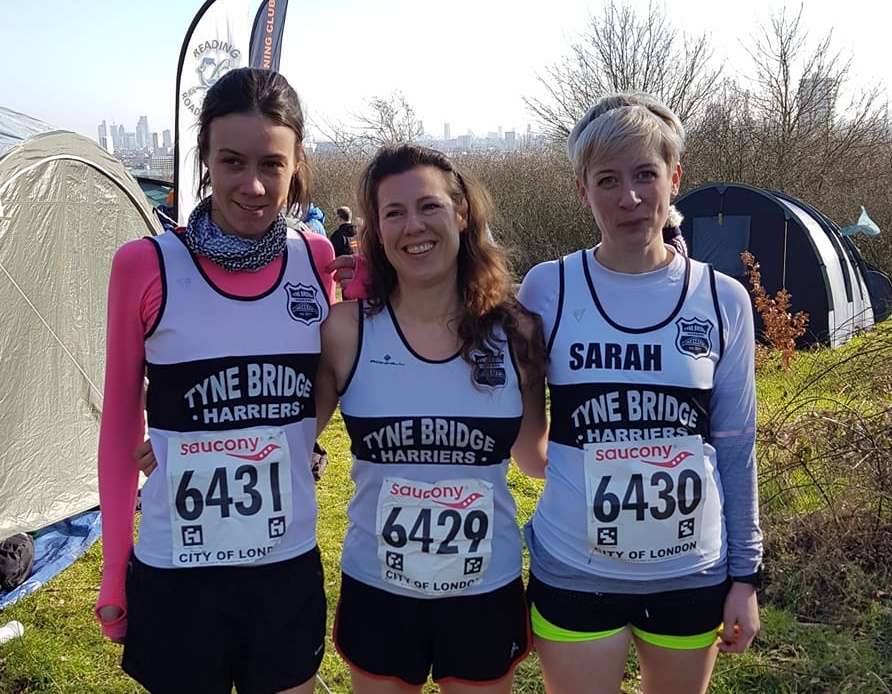 The final event to get underway was the Senior Men’s race.

With seven members lining up on the start line, and only six finishers needed to complete a team, there was a safety net knowing we could afford one drop-out during the race and still finish a team. But as it turned out, all seven got round safely, with Tom Charlton finishing first for the club, followed by John Hurse, Dave Moir, DD, Jason Clark, Matt Davison and John Tollitt in that order.

With all seven guys giving 100% during the race, it’s fitting that the team finished in 100th position overall (out of 162 teams).

Finally, a special mention for Davy Anderson, who not only travelled with the team and provided great support throughout the day, but also drove the team mini-bus back home after the event.

Overall, a fantastic event, around a iconic (challenging) course that all members should try at least once in their running career.

Permanent link to this article: https://www.tynebridgeharriers.com/2018/02/25/english-national-cross-country-championships/