After a break from running (my own choice), I have returned to training with my TBH friends and thanks all for their support.

So the York 10K. Sunday morning up early for the first train to York along with a few other TBH runners. The 1 hour journey was quickly over as the conversation had been about how we had prepared and were feeling. As we arrived making our way to the start area via taxi, it was busy with all runners and supporters. Okay, let’s get this started. First things first, drop bags off at baggage area.

All into our timed pens – think I was in the wrong one but let’s try.

Had been told this was a flat course (where have I heard that before!), straight from the start round the first corner a hill! Not steep but still a hill. As the route moved on by the river and through the very picturesque city of York, some more little inclines but also a few descents as well. Section of the route was on cobbles which was not good on my feet. Having set myself 3 targets for this race, one disappeared into the distance just after 2 miles as the 50 minute pacer moved forward and past me. One target out of reach. Following this lovely route back down by the river and heading back to York racecourse, I had been advised by a steward before the race not to think it was over when we returned to the racecourse as we still had a 1K lap to complete. Feeling positive now about my other 2 targets, the finish line in sight (through the trees), so into the home straight, now realised the finish line is not as close as it looked earlier, well let’s give it one last push, and over the line we go.

Overall a nice course and would recommend it to others (next year’s entry is already open).

So had I achieved the 2 remaining targets?

Yes to the first one – which I will keep to myself.

Second one was also a big YES! Having ran the Gateshead 10K last month in 57.55, I went out to beat this time but ended up smashing it in 50.31. That’s a canny improvement I think, so with all the help and support from TBH I feel like I’m getting back to where I want to be. Not there yet but definitely on the way.

After the race, it was time to visit York for food and drink. Well done to everyone who took part, great race, give it a try, only thing I think they could improve is maybe move the start time back a bit. 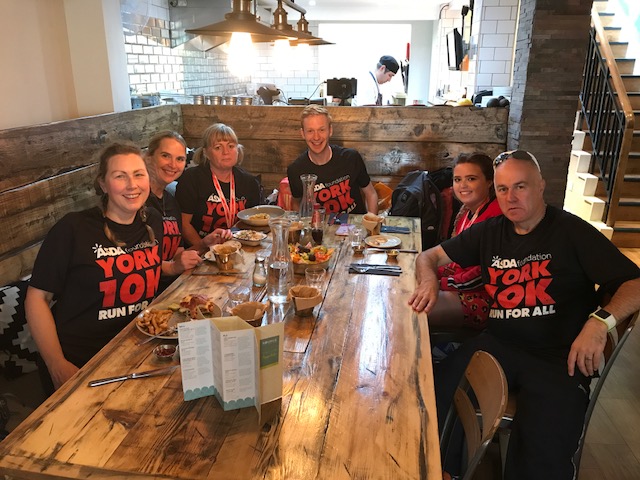 Also had the pleasure of meeting one of my favourite runner after the race, see picture below. 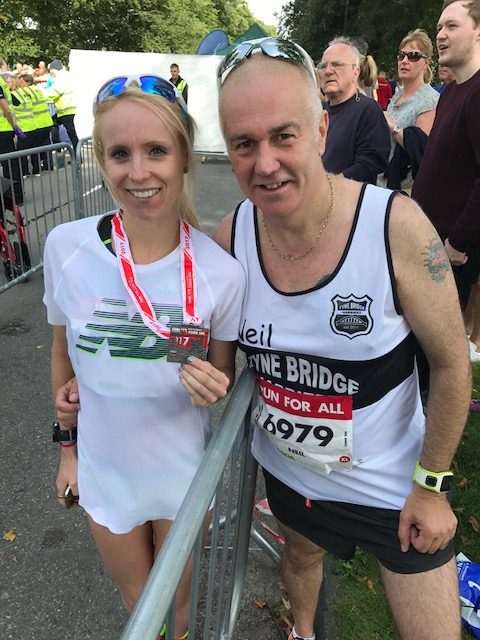