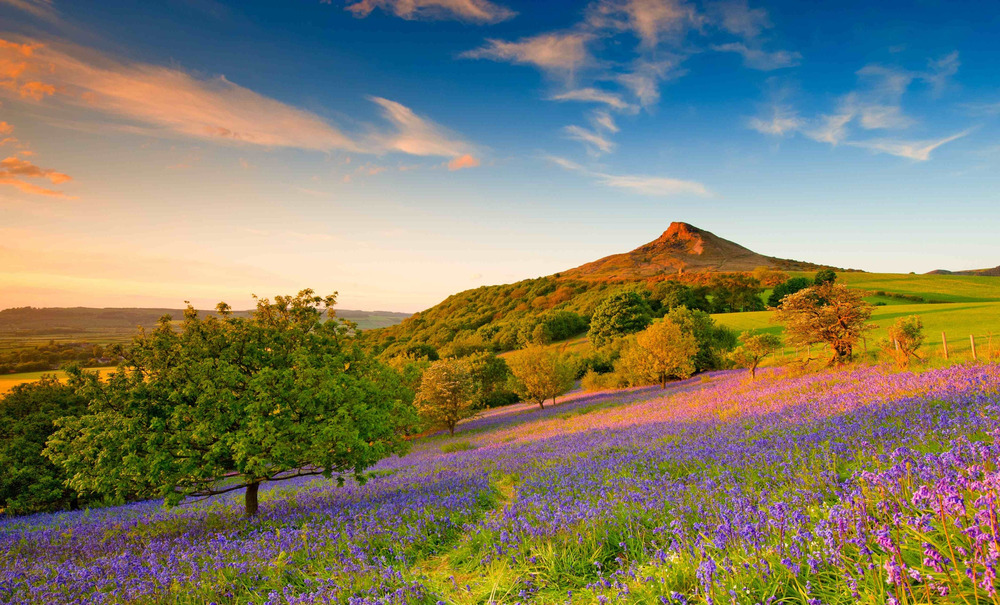 Roseberry Topping (as Wikipedia tells me) was once considered the highest peak in North Yorkshire and due its dramatic shape draws comparison with the famous Matterhorn. I had of course forgotten all of this when I decided it was the perfect place to don the black and white vest after a 6 month forced running break. After around four weeks back running, with memories of last year’s race still vivid I decided at the last minute to head down for the 5 mile race over the peak. Turning the bend on the main road towards to car park at Newton under Roseberry I started questioning my decision, that peak looked a lot steeper than I remembered!

When I got to the car park, around an hour before the start, it was filling fast and before long new arrivals had no option but to park on the road. The sun shone through the trees as 221 runners signed up (around 70 more than the previous year). The warm evening was promising a good race as we all gathered by the gate for the start on the freshly gravelled road. I was happy to see that the track that makes the start/finish stretch had been improved from its condition resembling a badly ploughed field after a good drought that it had been in 2016. After a quick but comprehensive race briefing we were under way.

Through the narrow gate at the end of the track the route followed a narrow woodland path that twisted and undulated past bright bluebells that suddenly became a fragrant abundance of wild garlic. No time to enjoy the spring though as after just under two miles of testing woodland the climbing starts with a hike up to the old quarry, a little respite on the flat with a sheer, un-fenced drop into to quarry on the left and a tumbling, fenced off grass slope on the right before a descent into one last stretch of woodland ahead of the big climb of the evening.

The climb to the 320m summit of Roseberry Topping starts with a pleasant and gentle grassy slope that quickly gets steeper and rockier under the watchful gaze of a few locals, human and bovine. Running becomes walking, walking becomes hands on knees trudging, which at points becomes scrambling before the summit mercifully arrives. No time to enjoy to view (apparently you can see Captain Cook’s Monument) before plunging into the rough stone paved twisting descent. Around two thirds of the way down I remembered that last year I had taken the more direct but steeper grassy route down that I could see a few of my competitors following now and making good progress. Time to get back into this racing lark and go off piste! Having managed to stay on my feet and pick up some speed I hit the short relative flat section across Roseberry common (not many wombles here, would need to be more like goats) before the next climb in good spirits.

One last climb! The route to the slightly smaller neighbouring peak is not as long as the previous climb but the fatigue really makes the climb burn (cue unfortunate picture from the photographer laid in the grass near the top!). Turning at the top to start descending between the sunshine yellow gorse on the north western slope I started to smile knowing the climbing was over and a rough, enjoyable track lay between me and the promised cake at the finish. The curving, dry, rutted, hard packed path dove and wove through with the gorse pressing close on either side as it dropped back toward the gravel path. 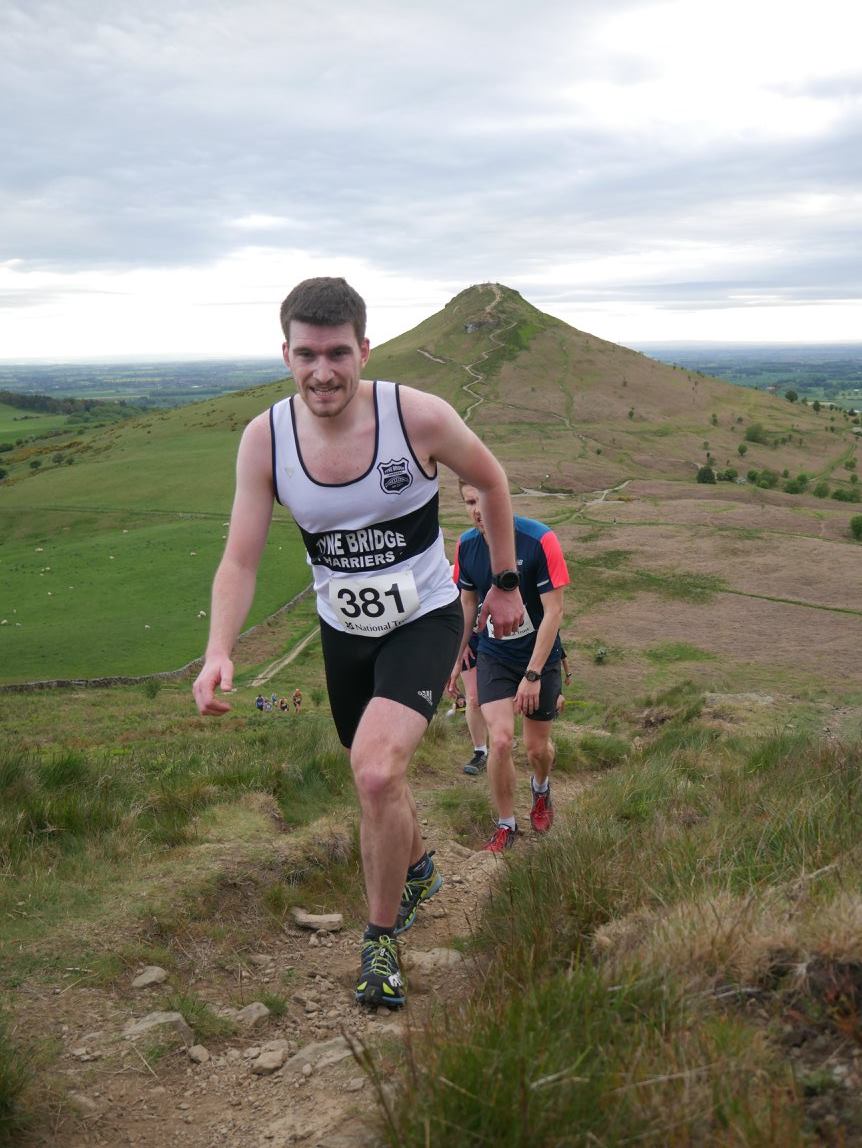 Matt in action (Thanks to Dave Aspin for photograph)

A few more cows watched on as we approached the turn for home. A good push for the finish funnel down the gravel track and the race was done. After promising myself I would take it easy on my return that had clearly gone out of the window as I came in only around 2 and a half minutes slower than last year and delighted.

There were happy faces all around and a reasonable TBH turnout at the end of a well organised and well marked route through some stunning and varied terrain well worth a visit from anyone wanting to venture off road and who enjoys a good hill!

Permanent link to this article: https://www.tynebridgeharriers.com/2017/05/29/2017-roseberry-romp-race-report/